Pc and consoles in the future

At E3 i noticed to play online you need playstation+ which is less than $5 a month, if we assume it's $4.99 per month, that would be equivilent to $59.88 a year, almost the same as an xbox live membership for a year.

So, Pc gaming is now the only way of gaming online for free. Wow. I think that could draw a lot of people to Pc gaming, as you wouldnt have to shell out $60 a year to play online, and you still have the option of offline.

Also, when you can get a pc for $500 that is currently good enough to play a lot of games very well, you have a nicer community, the upgradibility, and steam, i think it will draw a lot of people to Pc gaming, and with the steam box (if it still exists) the draw to pc gaming is going to be large.

Another thing, i think we need to try and, during this console season, get a lot more people to pc.

I think, with the likely failure of the xbone, the ps4 being slightly odd about it's exclusives, and the lack of a lot of the high profile titles for consoles, besides destiny, the likelyhood of people making the jump to pc is very high, and with the announcement of a halo for pc, me being quite a halo fan, i think a lot of halo fans will make the jump.

Halo for PC?!?!?! Good news.  Now I won't need to buy an Xbox One for one game.  IMHO fanboys will be fanboys and stick with what they know.  People who are addicted to hard copies will most likely jump to the PS4.  Anyone who has their wits about them will hop from console to PC; even Microsoft said they messed up worse with the Xbox One than the 360 hahaha.  I know a few people who think the Pison steam box is going to be huge.  Personally I'll take the customizability, upgradability, and that warm feeling you get when you know you're using something you put together over a steam box.

it also appears that it might be a halo 3 make for pc :D

The only reason I keep a console around is for when I have a few people over.  The only thing that consoles have on PCs IMO is they have more same-room multiplayer.  Nothing more awkward than 4 people sitting around taking turns on a single player game. Unless one of those people realizes that Lydia of Skyrim has a wide variety of lingerie to choose from depending upon the battle scenario. I digress... I like to have my 360 and N64 around for multiplayer.  Meaning I won't have an Xbox One or Playstation 4 in my posession unless I can get it at a yard sale for dirt cheap, because you know you won't be able to get them at Gamestop, because well.... Xbox One, PC, and more than likely most PS4 users won't need to go there anymore. I give it less than 3 years after all of the next gen consoles drop before they're out of business. 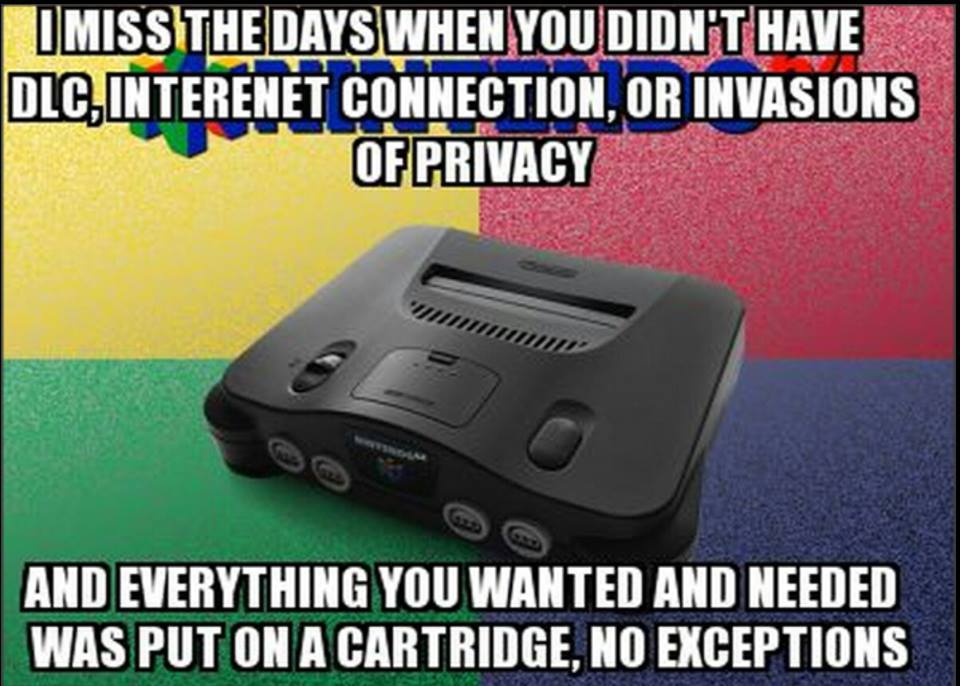 i cant wait for gamestop to go out of business ,there ignorant employees and stupid deals piss me off and no idont want the latest gameinformer i dont want the latest pre oder items for the next fps comin out and i dont want your attitude you stupid ass 35 year old employee . Get a real job you freak .....lol.. went on for a minute  there. any ways i just jumped on the pc bandwagon and so far im lovin it.

Also, gamestop has this thing going for steam, you actually get a good deal for your console if youre going to pc gaming.

They're putting themselves under... I remember the first time I walked into Gamestop and saw a Steam card.  I literally pointed and laughed.

Gamestop do a steam card?

yes, but a big company like gamestop supporting steam there will be a lot more people looking at pc, and saying why not if theyre smart.

and if people will be worried about immature players, there is such a thing as banning from a server in most games, and after a few bans, they likely will try to get better and more mature.

The general price comaprison of gamings PCs to consoles never really works.  They either compare $900-$1200 to a $500 console or a $500 PC to that same console and it never matches up well.  Whenever I talk to my friends about PC gaming I always describe it in the terms of a gaming PC not being a console or a regular PC.  So for price, take the price of the new PC you were thinking of buying and add that to the price of the console you were thinking of buying, together you have a kick-ass PC and all the money you save on games can go to hardware to keep it current forever.

And you can paint it orange and put lights and EVGA logos on it!  Who doesnt want to that??

Also, this has worked on 4 of my friends last summer/fall. I just showed them how I saved $670 on games in 12 months because of Steam/GoG.com