Passtrough with only one GPU !NOOB ALERT!

Hi there so I was wondering if it could be possible to run Linux as my main OS with Windows 10 KVM to play games on with the almost native performance. I saw that you could do the PCI Passthrough but that requires 2 graphic cards which I don’t have.

So basically what I’m trying to achieve is a Linux as a main OS while inside of it has a Windows 10 gaming KVM for playing games like Forza Horizon 4, CoD MW, CS:GO HvH, Minecraft, Just Cause 4, GTA 5 etc…

I’m new to the Linux in general and I still can’t decide on what distro to use for such a thing if it is possible, I don’t like dualboot as an option because its really annoying to power off and back on every time I want to play those games.

You cant pass a single gpu already in use without SR-IOV, which your GPU doesnt have.

With the OP’s current hardware setup I do not think this is possible.

It is possible to chuck a GPU around but since there is no iGPU there will be no output if it is passed to a VM.

I found out that i can still enable that option in the bios!

I found the method on yt 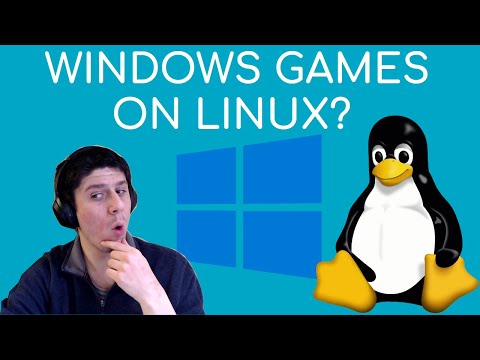 You can enable the option but the GPU still doesn’t support it.

Thinking outside the box a little. It’s a bit convoluted, but could you not pass through the GPU to windows then remote in to the host OS from within windows?

How do you boot the host?

GPU passthrough is not possible with your current setup but you have a few options.

If you don’t need killer graphics performance for the Linux host there are some are hopefully some reasonably affortable options for adding secondary graphics capability. If you’re really strapped for cash you could also look for used options.

I have a GPU passthrough setup using a single graphics card, no APU and definitely no SR-IOV.
My setup is based on this github page Single-GPU-Passthrough by joeknock90
I’m using a GTX1080, AMD Ryzen 3700X

From what i understand it uses scripts to manage the preparations for the GPU to be taken by the VFIO driver so it can get passthrough’d to the VM. When you shutdown the VM it then rolls-back the changes so linux ends up with the GPU back.

Your milage may vary since this method involves modifying the vbios of the GPU that is to be passed. works with 5-10 series Nvidia cards not sure if 1660 will work, for 10 series has a python tool to edit it for you. This method has its risks.

Here are some things that i found troublesome in my adventure.
got a black screen when passing graphics card, it may be a code 43 Nvidia passthrough issue, google has answers.
errors with scripts, make sure they have execute permissions

I’d suggest setting up and installing a linux environment on a decent USB drive so you can test and explore your options without headache. Buts as its said, with the current setup the odds are slim.

A large an increasing number of games now play on Linux. Steam is the easiest way.
VirtualBox does have some limited GPU acceleration, for instance Windows 7 Solitaire can be satisfied. This is similar to the gaming capabilities of the average laptop. Some games will be fine.