I’m using Debian 9, trying to install Windows in another VM with libvirt and OVMF.

Before, the UEFI wasn’t even recognising any storage as CDROM but I updated it to 20181115.085588389-3. Then it would recognise the medias as file systems but it just won’t boot. Either by the Manager or Command Line.

And I tried changing from “cdrom” to hard drive…! 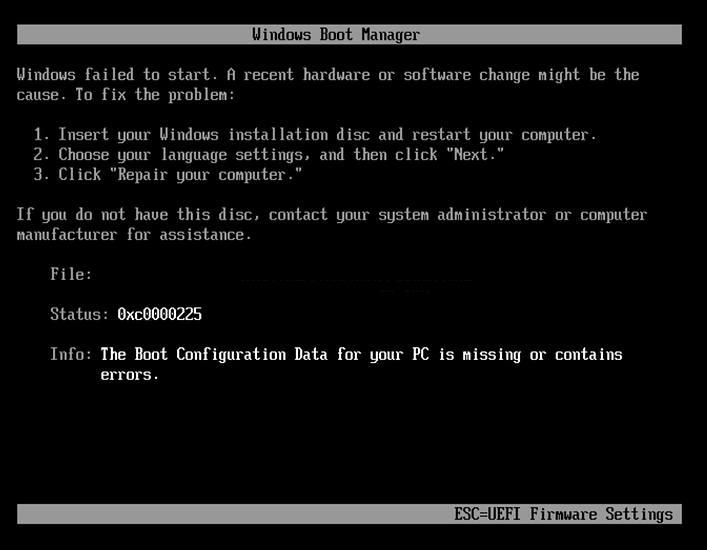 Have you tried booting a linux ISO?

Well, yes. My actual DVD (not ISO) with Debian 8 runs. And an ISO of Debian 10 also runs. To be honest, even the ISO from Windows 7 boots (it just can’t open the damn installer).

What makes me uncomfortable is that I used the same ISO (Win 8.1) to install another very similar VM last year, but since then I’ve updated my system to newer versions of everything. ):

Probably I should burn a DVD to test? This feels really weird.

Yah, that is weird.

Since it boots linux fine, I have no clue what the issue is.