Overheating problem, literally any advice would be amazing

Right, so i have two MSI twin frozer III and no matter what i do in the settings whenever i play a demanding game such as, BF4 or Bioshock infinate the heat goes straight up to 80c+ and sometimes my computer just shuts down

My cable management is a bit better now that when i took the picture. http://twitpic.com/dkxmfo

Any help on what I could do or something i could try would be very helpful :)

The case is a Zalaman Z12 BTW and i've tried a few fan set ups, Not the best, but a budget is a budget

And i know someone will say it, No, I'm not buying a new card and no, I don't care if you think nivida are better.

You can always buy after-market heat sink + fan for you graphics card. Look into VGA coolers.

Alternatively, make sure your drivers are up to date [and that they're not conflicting with other processes] and your graphics cards are getting proper air circulation.

I'mm 99% sure it's a hardware problem and i know, i've tried a few things with the fans, but i haven't found anything that makes much of a difference :/ i can't figure out where the card's airflow goes

I thought about an aftermarket cooler, but i haven't really got the money for a decent one

You can try cleaning them of any dust and re applying thermal paste. If this fails, then try changing the fan curve using software, such as MSI afterburner. Is there any overclock on the cards? If so, remove it.

My MSI twin frozer III never gos over 75c even under benchmarking with a 20% overclock but then i have a better case for airflow and i dont have 2 of them fighting for the avalable air inside the case so 80c is about right have you tryed limiting your fps so the cards are not over working all the time?

Maybe get some better case fans? 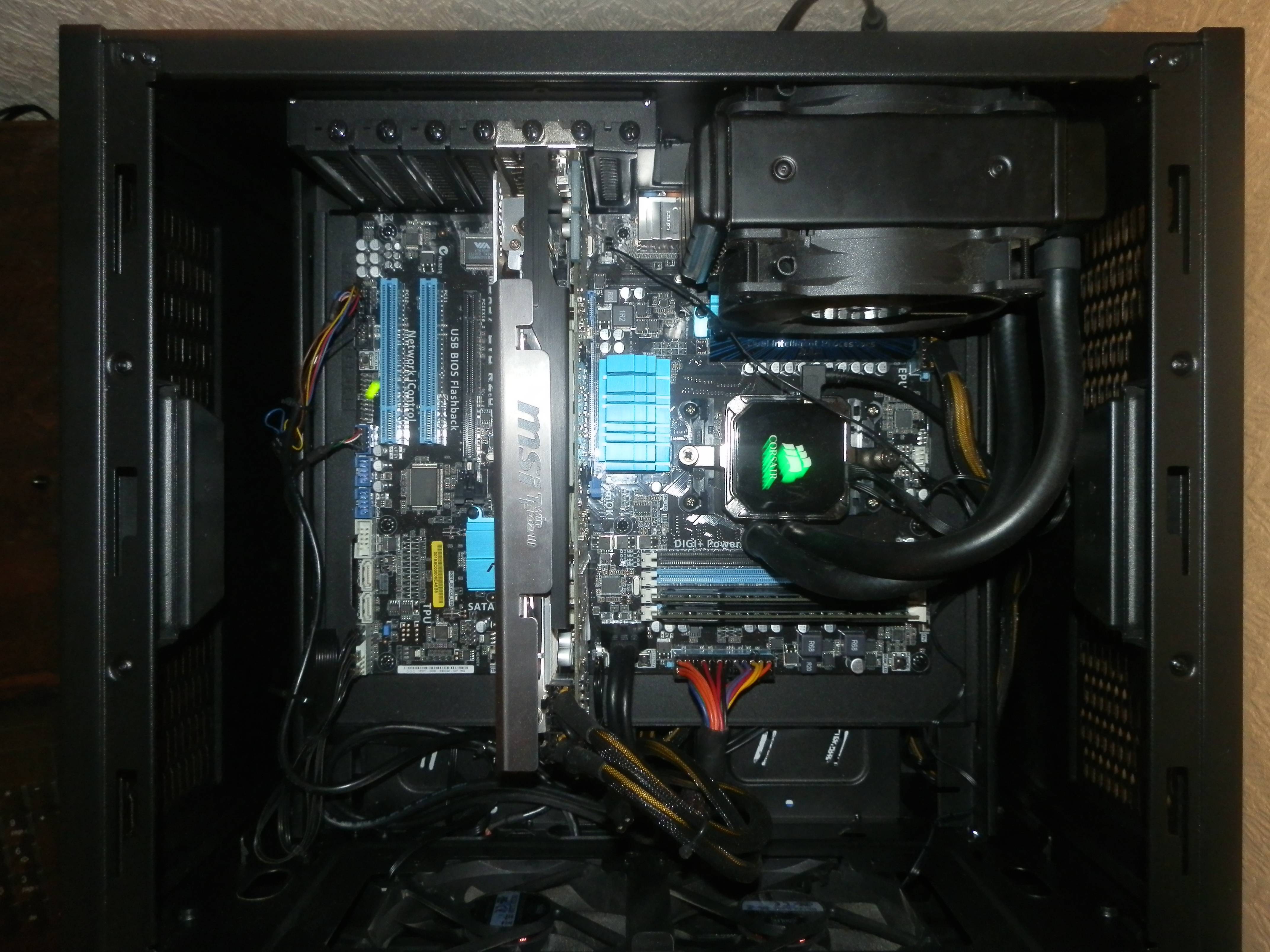 Just looking at your case online... can you remove the cages outlined bellow? it dosent look very good for airflow. 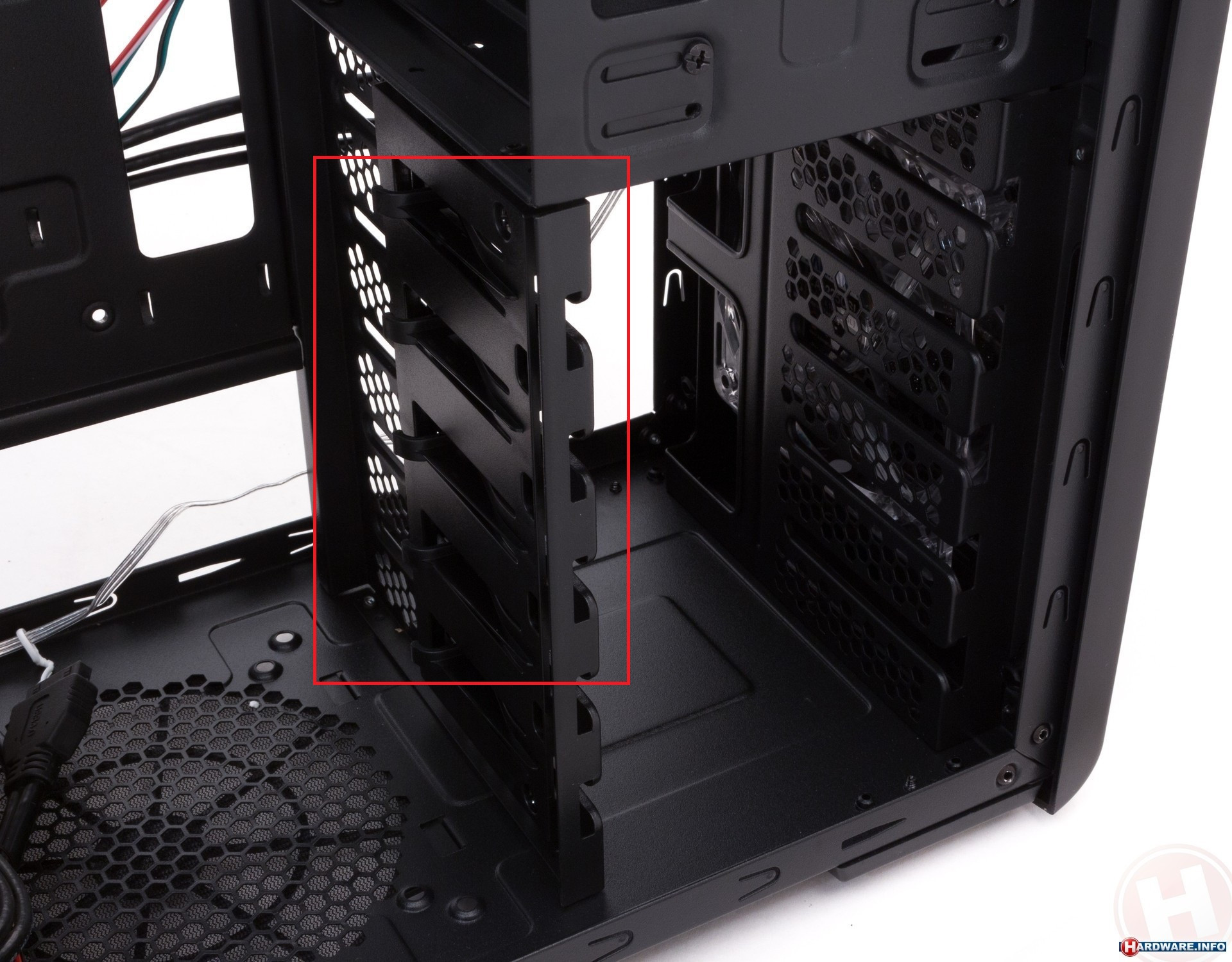 No dust at all, only build it a few weeks ago... I've done literally everything on the software side of thing.

Limiting it works well, but on game like Bioshock it really feels like my mouse isn't even connected to a computer :/

I have a variety of case fans, just don't know the best way to arrange them, my case focuses on CPU rather than GPU cooling it seems

I don't think so but i need at least for the drives. I could get the angle grinder out and remove it if it would make that much of a difference?

It looks like it will make a huge differnce you currently have a wall of steel blocking any airflow to the video cards.

what worked for me was replacing all of my stock case fans with a combo of scythe ultra kaze 120mm fans and delta 5500 rpm 120mm fans. a bit of rearranging where they were placed was needed but it now my graphics cards are kept cool.  as a plus side all the air that is blown out of the back is enough to serve as a heater in the winter. two reference 6850's and a 8350 put out a lot of heat in to my case.

Try moving a fan to the bottom space on your case. Also, mess with the fan speed curve some. If the fans going at 100% with decent airflow can't cool it, then you have a problem in the cards. The stock cooler should be able to handle it, so I am assuming that your case airflow is just not good enough to get rid of the heat in your case. This might sound a bit ridiculous, but do you have a floor fan somewhere? One of the big ones that people use during the summer? Open the case up and put it facing the opening in your computer. Get it right up next to it. Then try running some games or benchmarks. If it still overheats, then it is probably tour video cards themselves. Maybe faulty wiring somewhere, or bad thermal paste?

EDIT: With the fan curve, try having it set to 100% at around 60C, and see if the temps still skyrocket, especially with a large floor fan strapped to the case. That is a good was of eliminating some variables.