It's time to see how fast this card is. We tested it against the 980 Ti and tried to replicate as many real world scenarios as possible.

All non-SLI benchmarks performed on my rig: 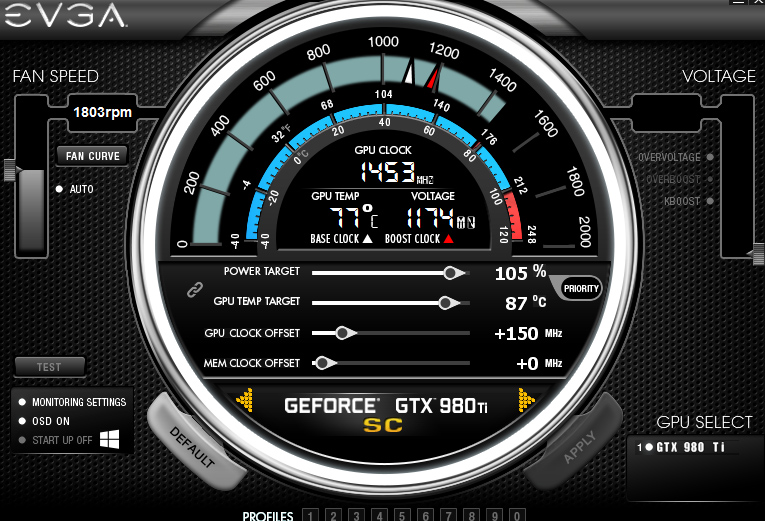 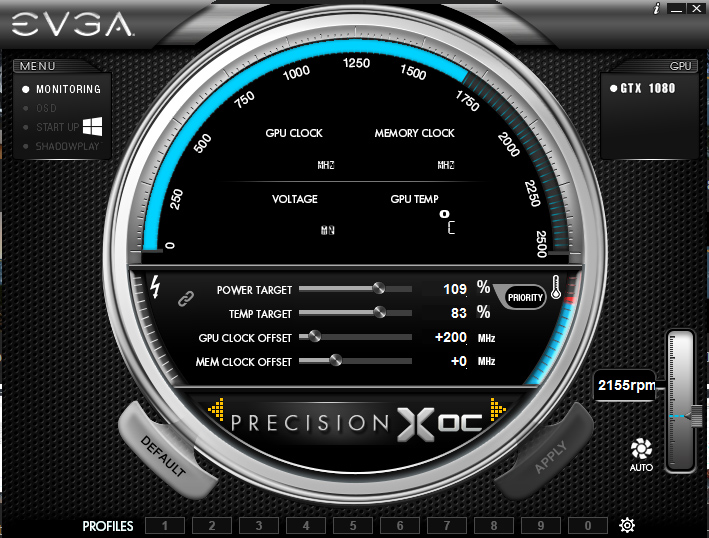 Parts used for the SLI test:

This is a companion discussion topic for the original entry at https://teksyndicate.com/videos/overclocked-nvidia-gtx-1080-vs-980-ti-benchmarks-sli-various-games

So basically the card is mostly hype if you OC your 980ti and don't care about VR, The wait for polaris and vega continues

finnaaalllllyyy
4k finally doable. im guessing the aftermarket overclocked cards will do just fine
about danm time.
now if only i can find a good scaling for the desktop
cos i cant see SHIT when my desktop is set to 4k﻿

pretty much, it would be prudent to wait 15 days for polaris launch

look at those jars, jars and those jars, buy jars - didn't i already say jars? oi we got a mouse too you should buy something - buy something, wanna buy bed? hell we can make you bed if you buy it.

how could you move that thread out :(

I'm gonna wait till AMD releases the Vega 10 cards before thinking about upgrades, but it really looks like Pascal is actually just an incremental upgrade.

It also would be nice, if someone benchmarked also 780TI against 980Ti and 1080 - it would give a nice perspective.

Wow. These are some of the worst 4K numbers I've seen posted by the 1080. Really puts it into perspective when you put it up against n OCed 980 Ti.

Cool Maxwell die shrink nVidia. Still didn't fix the bad high res performance. I'm sure VR will be better because of the tech but that is a small market as of now. High res is much more common.

1080p card :) I laugh my ass off if the low-end Polaris starts making real gains at high res.

Pretty sure it was the performance per watt that was supposed to be doubled.
~15-20% gain is good for a tick progression, Wondering how the 1070 OCs though.
Historically on new chips the 70 can sometimes beat the 80 once they are both OCed to the max.
Single pass stereo is a big deal and an actually engineer-able obstacle.
4k is just moar pixels which is kinda a brute force only thing but it's progress.
Other tech is very cool as well.
Pure numbers are gonna be less and less a deciding factor going forward IMHO.
The freesync/g-sync thing has gotta settle out/merge and then driver functionality is going to drive markets.
Exciting stuff. But I would not want to be in the market this year, or even probably next. My 980ti's are solid.

especially as to my chagrin i mainly just play SMITE

Logan, can we expect a Vulkan benchmark comparison between AMD and Nvidia for Doom 4?

@Logan you really need to start getting more sleep or something.. there were a lot of out of order slides on that 1080 video... we're counting on you to break through the Nvidia only mentality of the plebians we need you on point!

I liked that Soma benchmark...
Someone should test more indie games... Because God damn if most AAA nowadays are not bought and payed for... If it is not Ubisoft Nvidia will be Warner Brothers Nvidia or Gearbox Nvidia or even CD Project Red Nvidia...

Everyone but Logan was drinking the nvidia coolaid at the party they had in Texas. Its like the gtx 980 is clocked at 1.2 ghz and this is clocked at 1.6 ghz and the other youtube videos wonder why it is faster. I would love to see the 1080 clocked down to 1.2 ghz and see how fast it is and then you will see if nvidia really did add new tech to make things faster.
And the only way they could get the .4 ghz jump is die shrink. And that is not nvidia tech thats chip manufactures tech.
And yes i do own an nvidia card.
I am waiting to see what AMD has to offer cuz this is a bit of a let down for all the hype.
And as for VR that is another hype product that only a few people will purchase. The size of the thing is also too much. Would love to know how you feel after wearing it for an hour 4 times out of a week.I will wait to see how may neck strains occur and law suits. And i could be wrong about VR this maybe the new thing to gaming it is something I will keep looking into over time. I am not the guinea pig type, I am more the wait and see.
This all just personal view points I try to look past the hype and see what it is that they are trying to sell me.

After I get some sleep, lol.

You need to reupload the video soon after you get some sleep. You showed TES V 1080p benchmark twice and other errors as well. 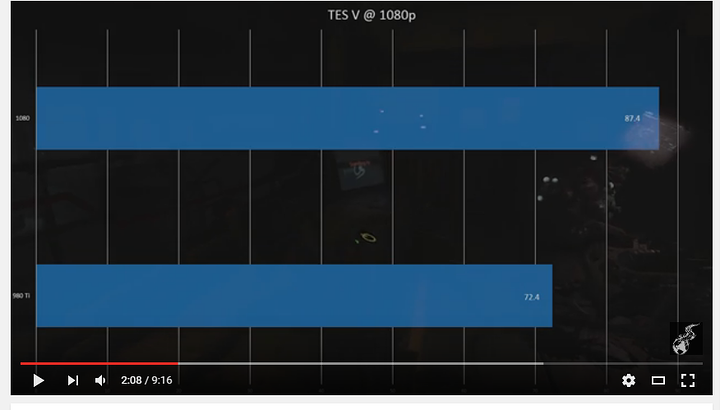 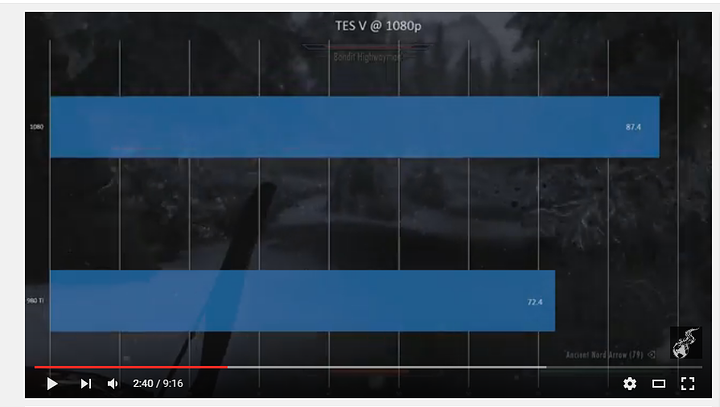 Yeah... I think I will wait till AMD makes an announcement on a GPU. I dont even 4K these days so my R9 290 is holding up fairly well (sort of). I dont have a 4K display so I have yet to make use of the display port. Desk space is whats holding me back from 4K displays.