Hello Everyone,
I’ve been hosting a Nextcloud server on a raspberry PI for a couple years now. Along the way I upgraded from a PI 3B to a PI 4 B, got an external SSD, graduated from school, added some other server software and switched from bare metal to having almost everything in docker containers. The PIs have served me well, but I want more. I’m not entirely sure how to go about it though. Here are my constraints:

There are two things I hope to get help with:

This is all rather broad, but I’d be thankful for any ideas you you might have.

Older used consumer hardware? Maybe a Ryzen 1700X for example. Or someone might be selling a Threadripper 1950X. It could happen!

Or their Intel equivalents. I’ve forgotten most of their model numbers and Intel used to sell fewer cores for more money around the time of the Ryzen 1700 and 2700.

You ought to be able to find something for a decent price. One sticking point could be the GPU. If you can’t find a complete system for sale you’d want some kind of cheap GPU for the Ryzen systems. An Intel might have an iGPU. But fewer compute cores.

Anyway, those 8 core Ryzens work great for containers or virtual machines. The more RAM, the better.

Ryzen 1700/2700 should have dropped in price within the used market, however EU tends to hold consumer hardware longer than what happens in North America so your mileage will vary. Off-lease workstations can be a decent value if you’re able to find a Xeon E5 v4, Dell Precision models are more preferred as they gave plenty of room between the PCIe slots and drive bays—HP Z-series workstations vary a bit, standard/bare bone models are setup for 3.5" drives but configure to order models with SSDs usually have a different drive bay layout.

If you’ve gotten used to working with ARM based server software, you could browse Alibaba for some ideas on micro servers–you can find a few fanless stuff and up to 2U. An 8-16 core ARM board would be very energy efficient.

An Intel might have an iGPU. But fewer compute cores.

8th gen had upped the core count but ditched hyper-threading on lower models.
9th gen you could get versions of the i5, i7 and i9 without IGP but for a home server the IGP would be handy for QuickSync or troubleshooting if the OP doesn’t have a spare GPU.

You could go the “fun” route and build an RPi cluster 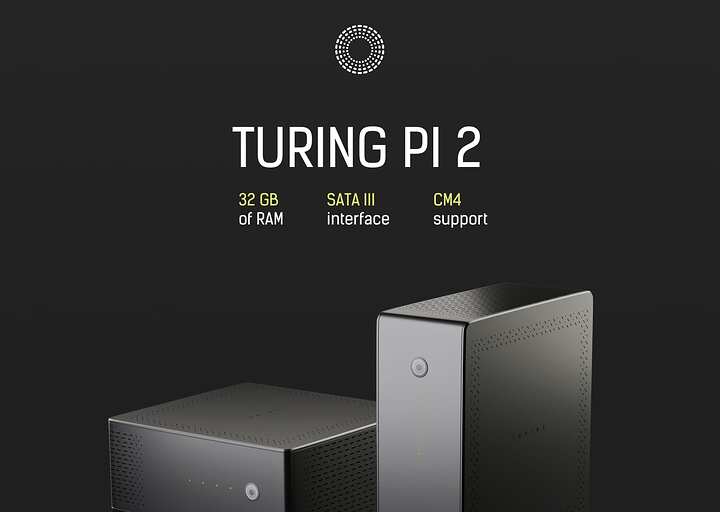 Raspberry Pi cluster on a mini ITX board

Turing Pi is a compact ARM cluster that provides a secure and scalable compute in the edge. It is designed to make web-scale edge computing easier for developers.

Mainly I’m guessing that if space is a concern, probably the noise is as well, and you wouldn’t want an old thrradripper x399

Look for used IT hardware on your local auction sites. There are usually small-medium enterprise servers to be had for very cheap. I picked up an 8 core Xeon with 16GB of ECC ram incl an 8 bay hot pluggable caddy rack and a HBA card for $200. I now run TrueNAS on it and have Owncloud running in a jail. In your case Proxmox is probably a better fit. So yeah look for used small-medium enterprise IT hardware. If you’re having hard time with keywords search for words like intel, server, ex-lease, xeon, ecc, hba, etc

That sounds pretty good. After looking around a bit I found a 1700x + asus prime x370 for 170€. Also a NH-U12S for 30€, which should take care of my noise concerns. If I swap out the mainboard for the mATX x370 board I currently have in my desktop, I can pick up an mATX case, a new PSU and a few Hard Drives. So far I’m doing 99% of my troubleshooting over ssh so I don’t really need a GPU. I’d like to have CUDA some time down the line, but I’m not gonna buy a GPU right know if I can avoid it.