So am about to get an SSD ment only for OS. (Corsair Force LS 60GB)
But how can I get only the Windows ordner into the SSD and folders like Programms (x86) etc. on the HDD?
I also dont know which way I want to get the OS on my SSD.. maybe by reinstalling the OS or maybe by using programms to move it to the SSD.

Another question..
I heard a lot in the topics of SSD's about RAID's or something. Could you please explain it to me?

i would never copy os over to a new disk.
plug in the SSD to the "SATA 0" plug and install windows onto disc 0. 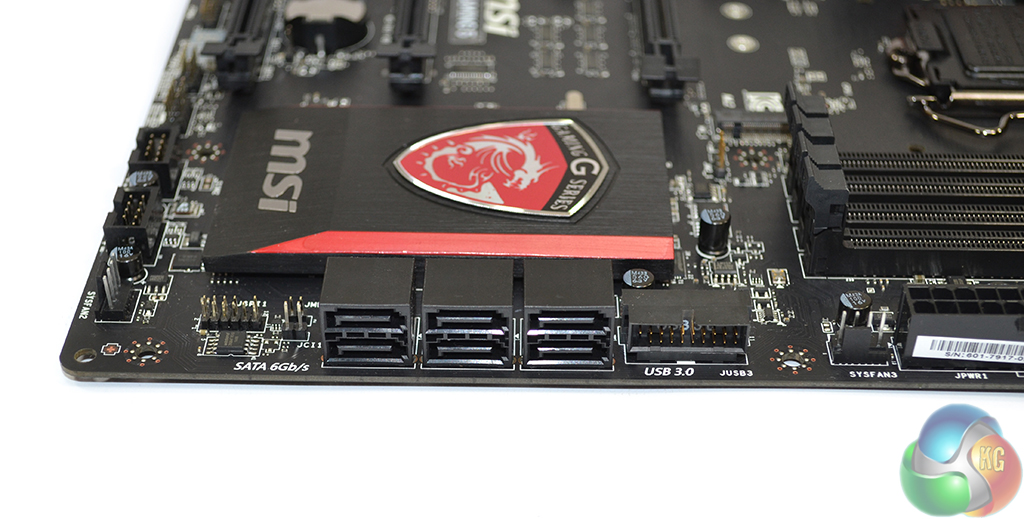 What he refers to is the first sata port (look into your mainboard manual) which is called sata 0 (next one is sata 1). The reason for this is that the bios checks for bootable devices through the sata ports. A drive on sata port 0 will be detected faster than one on sata 5 (aka the sixth sata port).

I would advise you to reinstall Windows on the SSD. You can relocate your my music/my pictures/my videos folder in the explorer (please google it, there should be a knowledgebase article on it). For your programs and apps I would recommend installing them on SSD and moving them after the fact with a tool that creates symbolic links (I recommend steam mover, it works on 8.1 and 10 so don't be confused by the listed compatibility). For use outside of your steam directory (to which it defaults to) you can just enter C:\Programme (x86)\ or C:\Programme and you can move and link to another folder on another drive (the right part of the window). Give it a try with steam first so that you get the idea.
The program does not work some kind of dark magic, it just creates the console commands for the symbolic links for you, which is highly comfortable in my opinion.

You can shoot me a private message in German if you need additional help.

Ok so the SSD to Sata 0 and what about the HDD? Does it not matter anymore then or should I pick the highest or smth?

Does not matter. All SATA ports should perform equal.

When I purchased my SSD - it actually came with software to do this, and did a perfect job.

However 60GB is tiny, you could run in to serious disk space issues very fast.

I second this, I have a 120GB SSD with 60GB for Windows and the other 60 for Linux and Windows has serious issues regarding disk space with the average around 8 - 3.5GBs of free space left at all times.

a 60GB SSD is not going to give you a lot of room. Even with a 120GB disk I was running into issues when I installed a few programs. Be sure to install as many programs as you can onto the other disk.

Meanwhile, Linux has 32.5GBs of free space which makes me wonder what bloat Windows has. My SSD on Windows is literally only used for system data and a few apps like chrome, with all my games and media on a hard disk. I suspect Windows may be using a significant amount of data for system restore but I haven't checked that yet.

Windows is not as streamlined as Linux is. I think the default Windows 7 install uses around 24GBs? Boom, half your storage already eaten by the OS. I think my Ubuntu install is around 7GBs for the OS and some programs.

Samsung SSD´s exaly come with a migration tool.
But i assume that there are also other similar tools who have the same functionality?

I was going to give Windows more data than Linux but I thought It wouldn't matter that much since I was going to install 90% of stuff on my HDD but Windows started to continually use most of the space. I do think its weird that the amount of free space fluctuates between 8-3.5GBs meaning some process must be using the SSD to store 4.5GBs of data for a certain amount of time before releasing it again. All of this is only really a short-term problem because I plan on building a dedicated Linux machine possibly with a Skylake i3 which would free up 60Gbs of space for Windows on my gaming machine.

Page file possibly or temp files. the 24GB is not including updates/patches.

Possibly, I rarely use Windows so I haven't put much time into finding the exact cause of the issue but it is safe to say that 60GBs isn't enough for Windows.

When using a 60GB SSD for Windows 7 you should move your pagefile to another drive and disable hibernation. You can also move many User folders (Documents, Music, Pictures etc) Doing this usually allows you to avoid any space issues.

Unfortunately the hibernation file must be on the OS disk, but on a desk top its not a feature worth really having (just put the machine to sleep instead).

Likewise for the pagefile if I recall correctly. Another thing you can do is edit the registry to set default install to another drive. However some programs must install on the OS host drive.

No, fortunately the pagefile no longer needs to sit on the OS drive - even to collect a full memory dump. You just need to create a new one on another drive before removing the pagefile on C:

This is probabaly still one of the best resources on understanding memory usage in Windows: http://blogs.technet.com/b/markrussinovich/archive/2008/11/17/3155406.aspx