Omeagle - Maks And His Party Boy

This was by far one of the most succesful google hangouts we have had so far. We were joined by Pistol and Maks for the first time, and it was just hella fun. There were no akward moments when no one was talking, no arguments or flame wars, it was what a hangout was supposed to be.

This time, I thought of putting some of the people from the hangout in omeagle with the magic of xsplit and many cam. Worked far better than I thought it would.

If you dont want to watch the entire video, below are some of the best moments..Also, I apologize for the echo of some of the sogns in the video, Camtasia said LOL YOU TRYIN TO EDIT? LOLNOPE

I used to think this community was serious about technology and learning.

That dosent mean we cant have fun. If we actually sat there and talked about hardware all night everyone would die of boredom.

Nah, must be super cereal all the time.

Saw more fur than we all needed to, the chair stacking bit was choice though

The hangouts usually involve: Talking about hardware and software for 2 hours, omeagle or chatroulete shit for 3 hours, games for many more, then Qain comes in tired as hell to say hi.

I guess my idea of fun just doesn't involve shoving my mouth full of food into a webcam and pouring cola on myself while dancing on Omeagle.

To everyone his own

You don't need one. 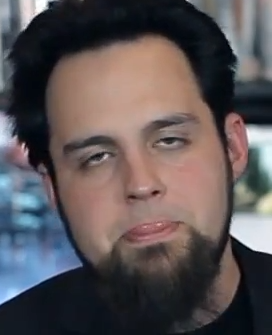 Yep.  I do tend to enjoy detaching myself from the everyday humdrum and doing something irrational and brash.  I had quite the splendid evening.

then you don't have to. cosmo does it by himself. he came up with it.

i could use a distraction from chemistry

you got many legit LOLz out of me