Ok so i almost had a heart attack

You need to hear this one. So recently down the road one of the cell phone companies put up a cell phone tower. I haven’t ever seen the light on at night. Tonight? Holy fuck it looks like a real threatening thunder storm if you didn’t otherwise know, but me being who I am, I have actually played with microwave dishes. I was going to get pizza at the time, but I was in awe of the light.

As I come up the hill I was thinking “Ah, tonight cannot go wrong. I have some new games to play, weed, pizza…” and looking at the FLASH FLASH in the sky, “And that GOD DAMN LIGHT.”

So I wanted to see if it flashed the ground. So coming up the hill, OH MY GOD YOU CAN DIRECTLY SEE IT. Its so damn bright and there is NO GROUND SHADE so its just BLAM BLAM BLAM. Coming up the hill, I HAD to put down my shades it was SO bright. And before I was directly under it, I started to feel funny.

Now, I’ve played fallout right. We all have, or have seen it. Radiation sickness is a thing. So I’m directly under it now and I just feel REALLY FUCKING WEIRD OK. Now I’m panicking. Now I’m thinking I’m about to die. The light is BLASTING AGAINST THE GROUND LIKE ITS DAYLIGHT, I’m like “Oh fuck. OH FUCK. Is this radiation sickness? Am I gunna die? How the hell do people live here?” Finally I turn the corner, start down the road, and I’m just rolling through all the facts about directional broadcast and spread air broadcast frequencies, and then it hits me.

ITS THE FUCKING HEATED SEAT.

You wanna talk real life horror, I KNOW I AM NOT GUNNA DIE BUT FUCK CAN I NOT ACTUALLY BELIEVE IT.

Maybe talk to your supplier for something a bit gentler?

This is medical grade stuff. Seriously if you were epileptic coming up this hill you would roll down the edge into a house.

I think you should see your doctor

I’m just rolling through all the facts about directional broadcast and spread air broadcast frequencies, and then it hits me.

ITS THE FUCKING HEATED SEAT.

I I don’t think lightning can induce current in a heating element of a heated seat from a distance like that. @PhaseLockedLoop knows RF stuff, he can probably speak to it more, but my understanding is that the car itself should shield you from EM, for the most part. That’s why cars are very safe places to be in lightning storms.

my understanding is that the car itself should shield you from EM,

Basically this but only partially… but there are two things that also shield you from any harm if its RF radiation… One is the Fresnel Effect and the far field problem set of equations.

The bottom line is what was said was absolutely impossible especially if its just plain lightning. Lighting would also not travel through the cars internet circuits. There is zero point for it to do so and physics say it would jump from the car to the ground yet again skipping you entirely. All you would feel is the thunder clap

For the record here is the total RF radiation you get from lightning. 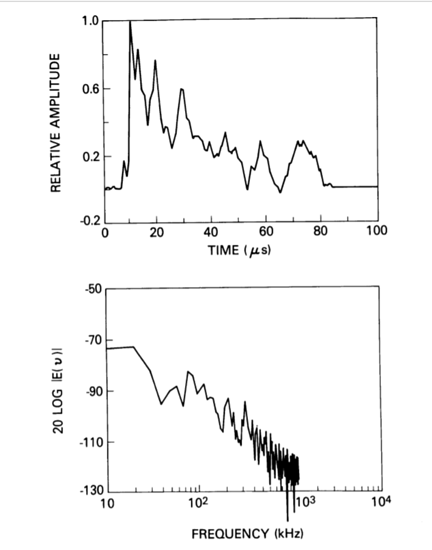 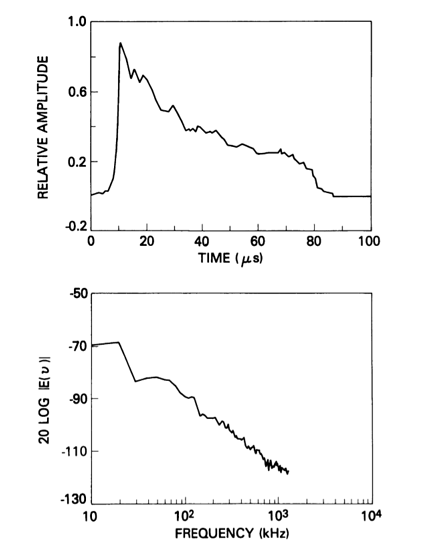 @FaunCB can you describe what happened more coherently? Or @SgtAwesomesauce can you translate

He was watching a lightning storm and it sounds like he was feeling sick.

My understanding is that he was concerned about the lightning inducing current in the heating element of the seat, or maybe he left the seat heater on too long and was just too warm? IDK man.

My understanding is that he was concerned about the lightning inducing current in the heating element of the seat, or maybe he left the seat heater on too long and was just too warm? IDK man.

Mmmm lol okay that’s for sure a complete impossibility. @FaunCB you may be sensitive to rapidly flashing light. You could also be sensitive to extreme changes in atmospheric pressure.

I don’t want to give Aremis any diagnoses here, so let’s try to stick to the technical components of it.

Imho it has not workd… Just get rid of it

that’s for sure a complete impossibility.

can confirm, only alternating magnetic fields can induce a current in a wire.

And lightning is neither ac nor DC

What if… the lightning has some dank ass weed tho?

For real though Aremis, slow down on the smoke. Its makin ya paranoid boi.