It seems that there are a large number of us who still love Skyrim and while the forum is not flooded with posts, Destroyed007 and I decided there is enough to warrant a dedicated thread.

This thread is for anything Skyrim related from Screenshots to mods to gameplay footage, troubleshooting the game. Basically if its Skyrim, post it here. I will try to keep this post up to date with things Logan and Pistol post up. Just to get those who are new to Skyrim modding familiar.

Just a few of my most recent screenshots 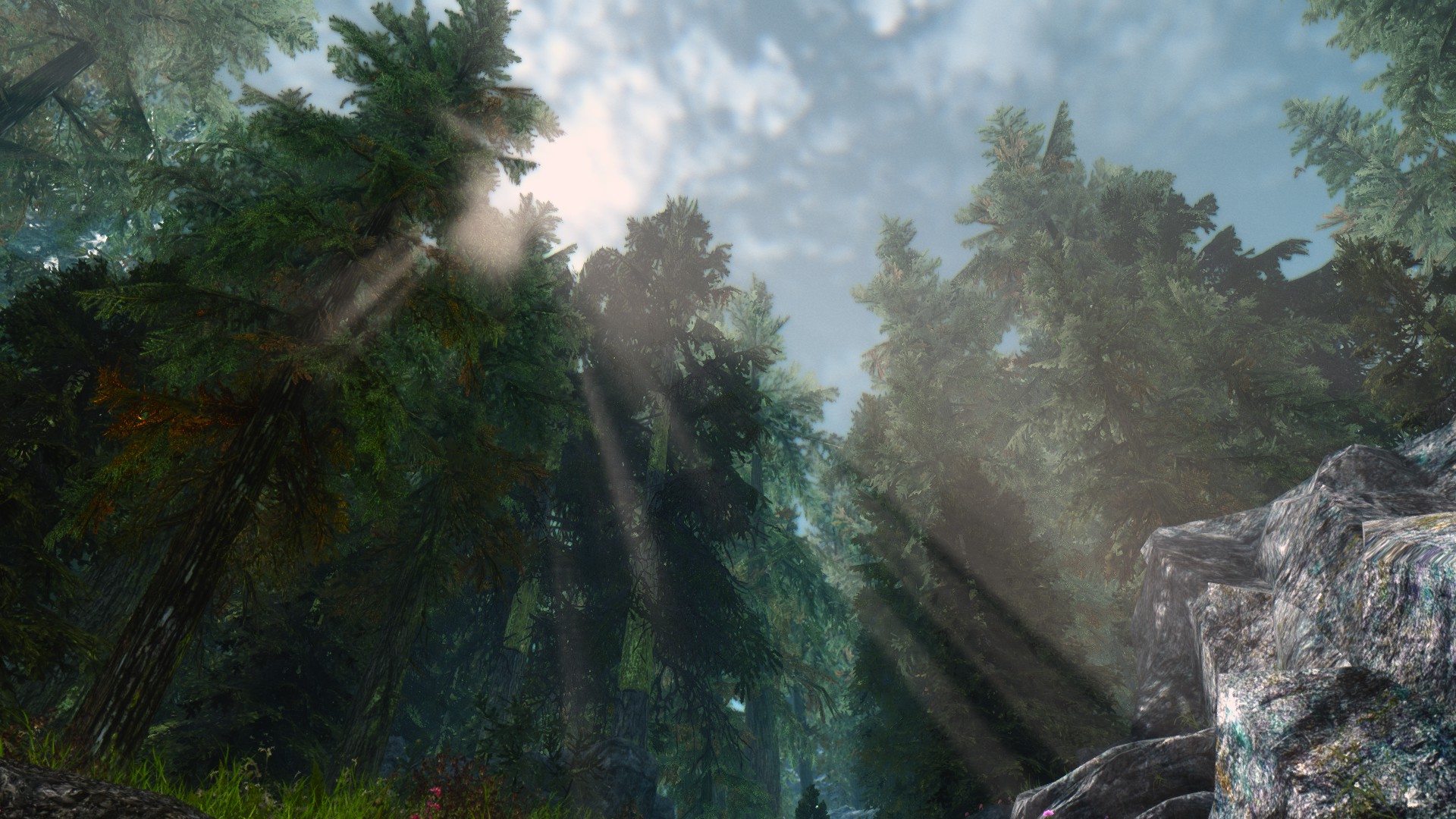 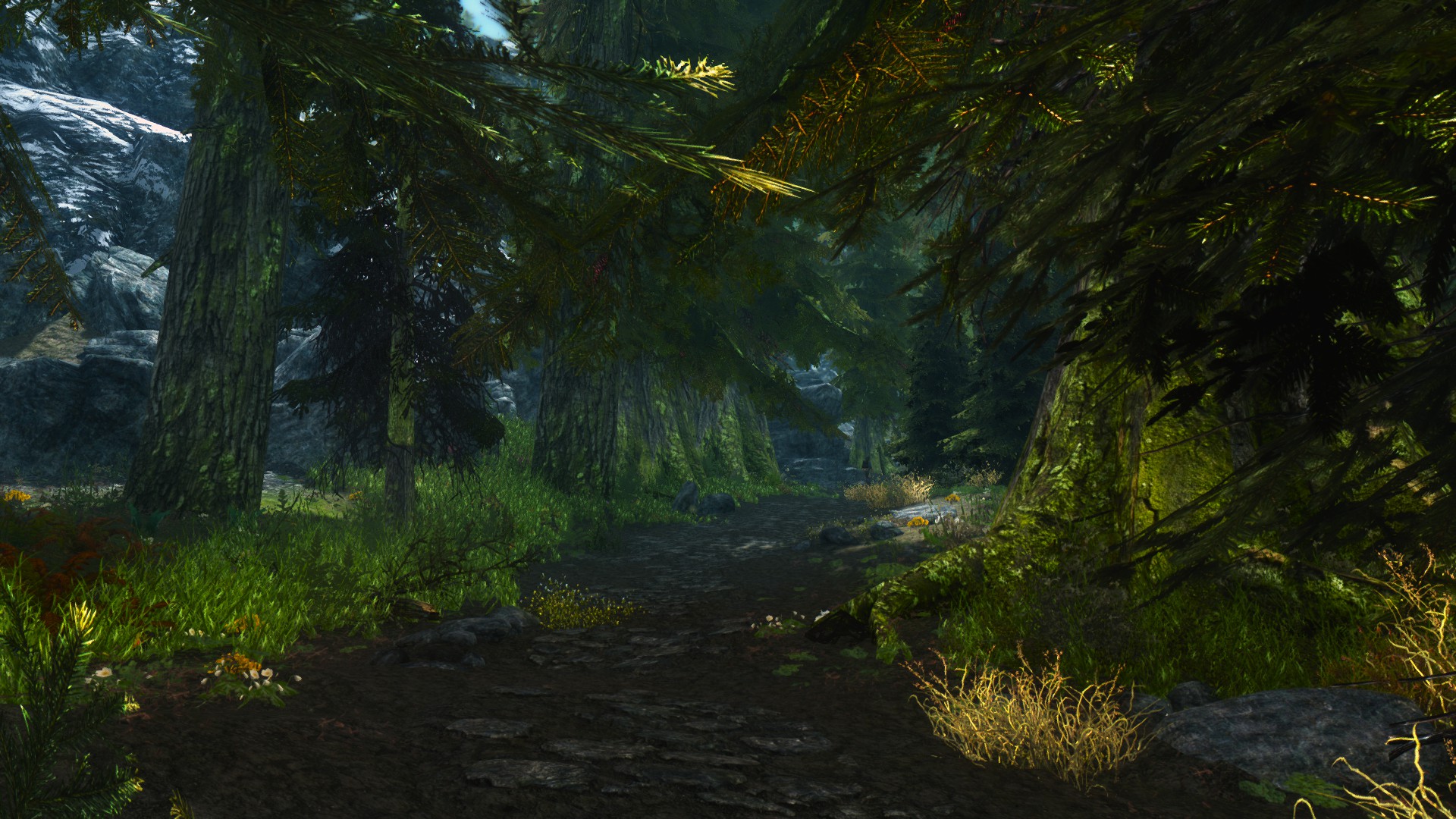 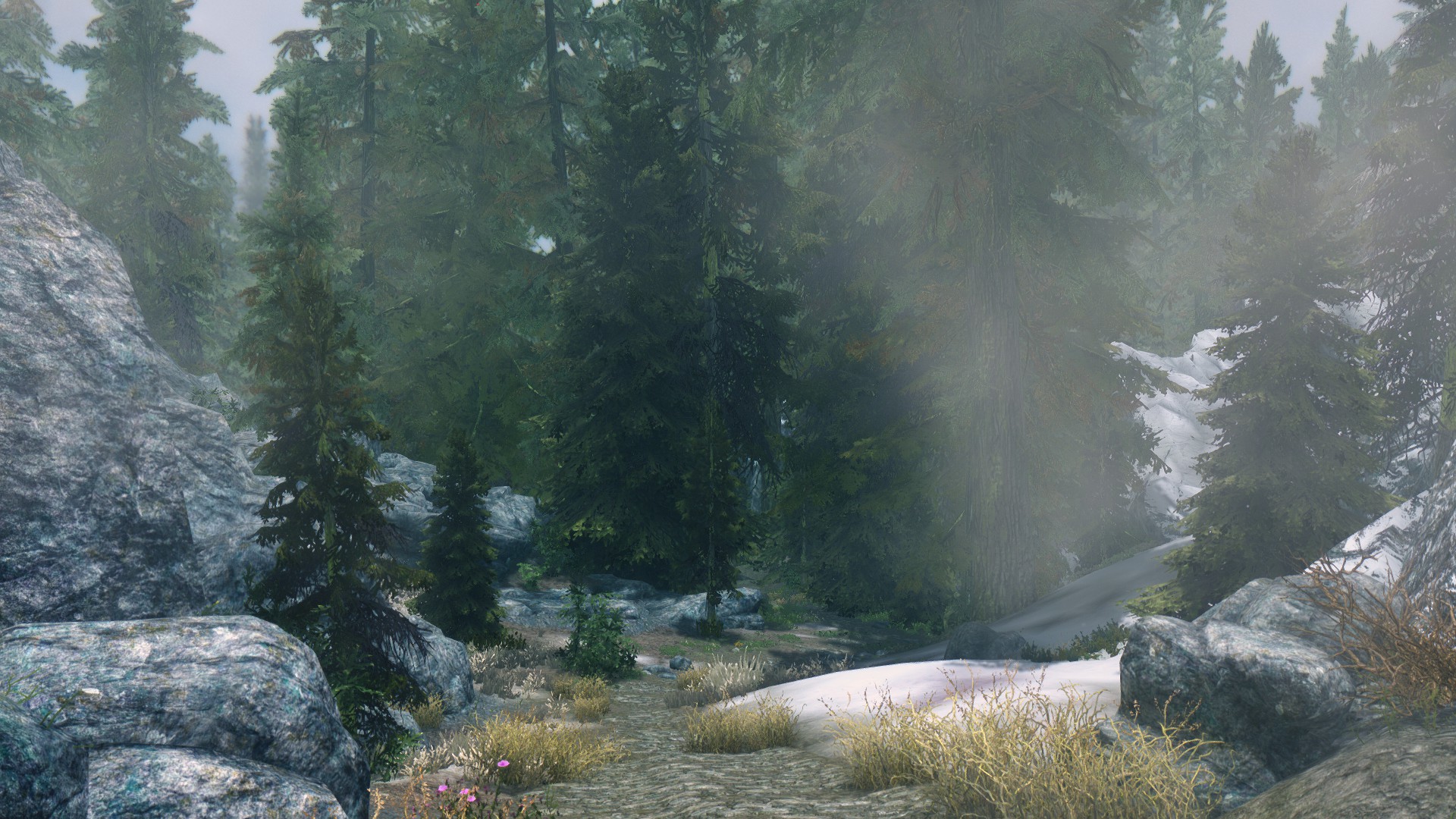 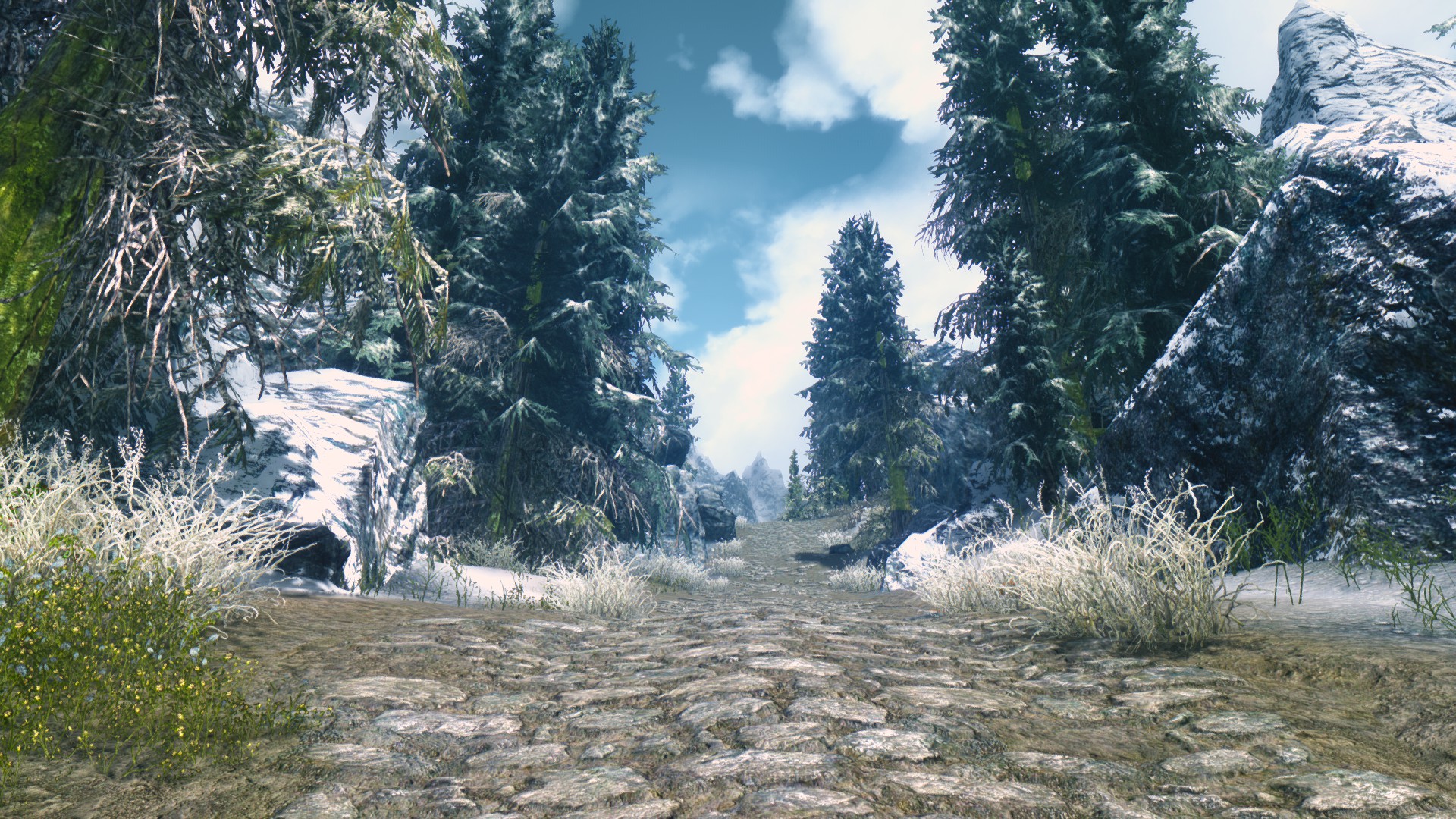 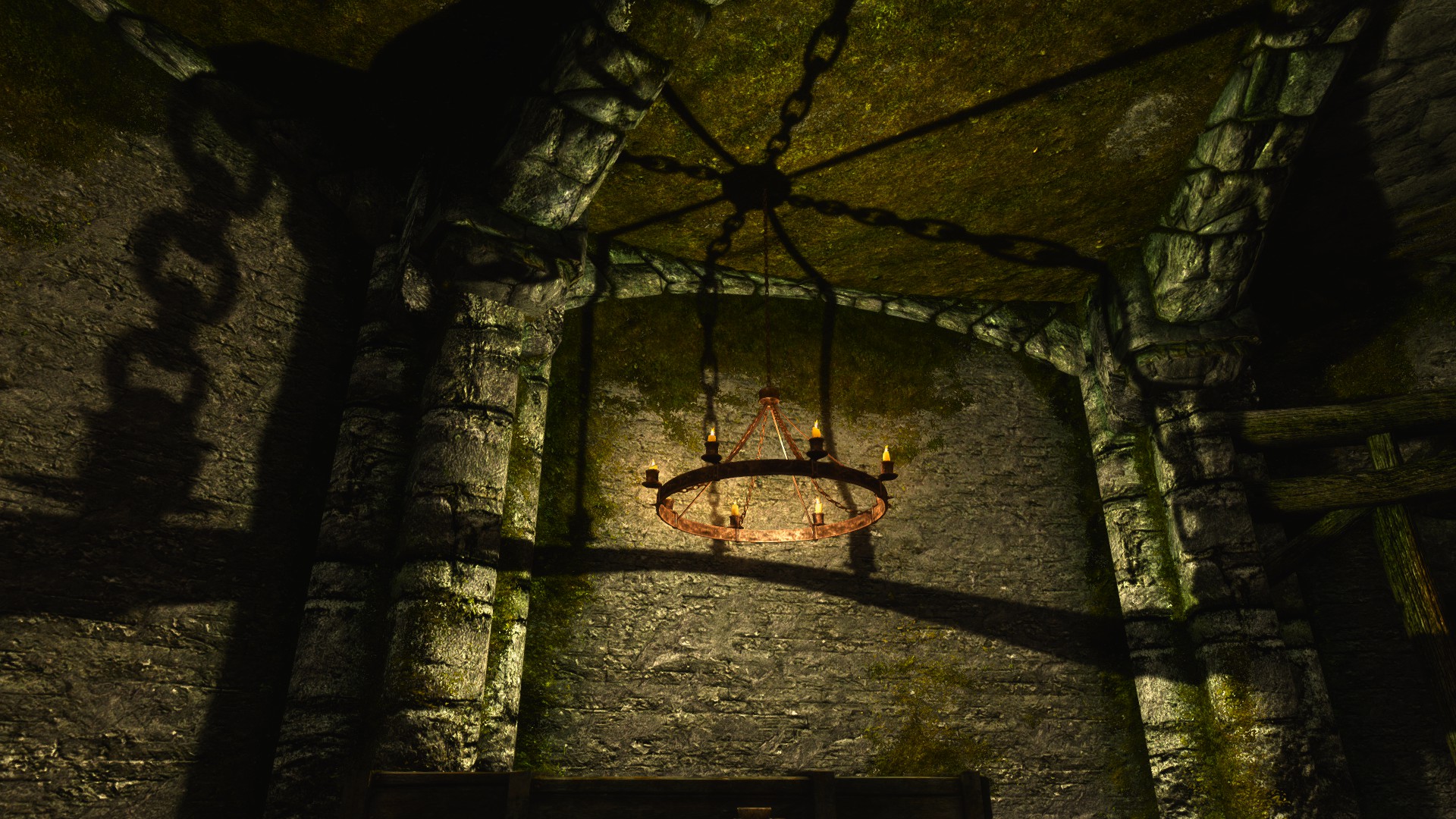 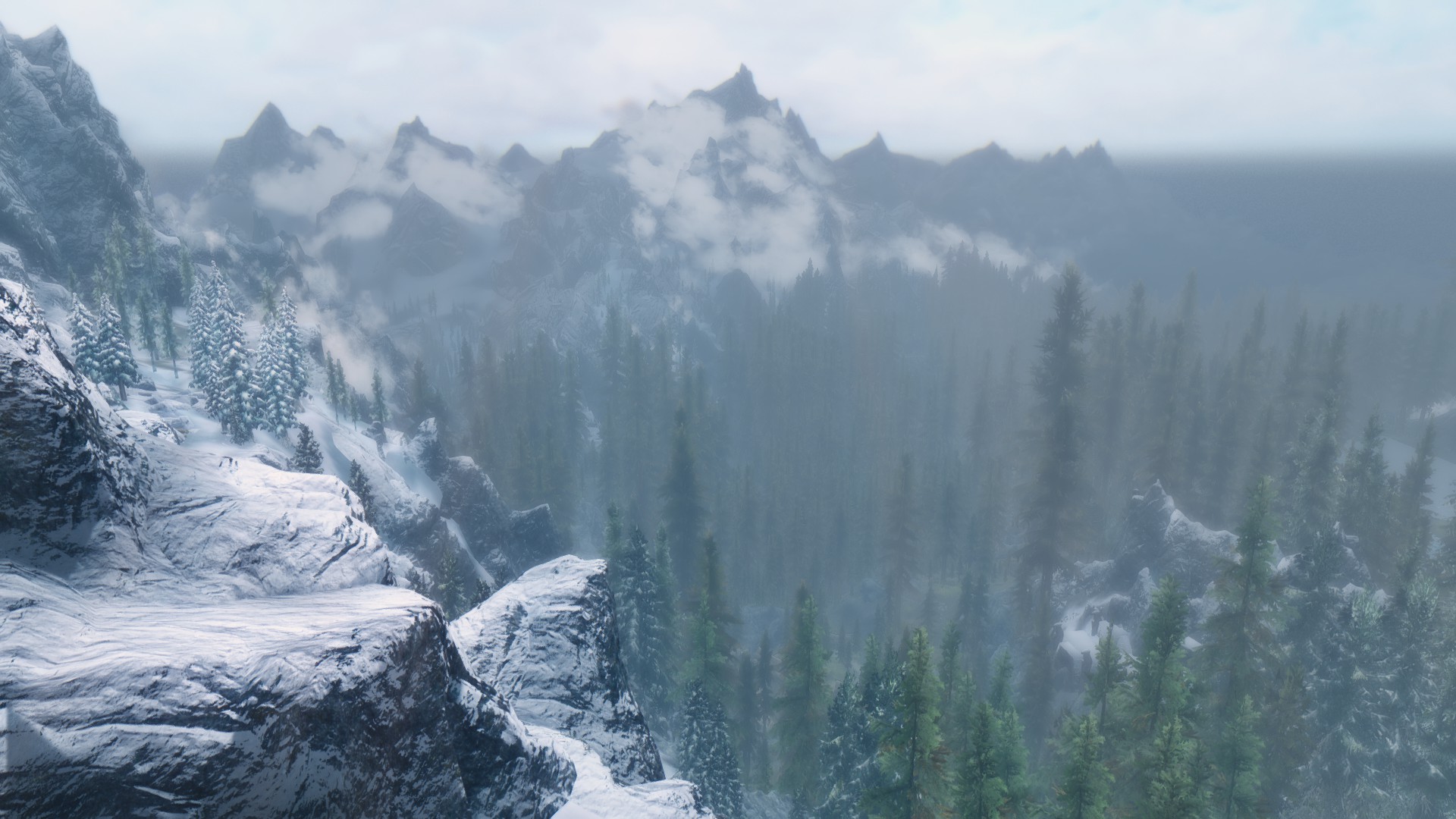 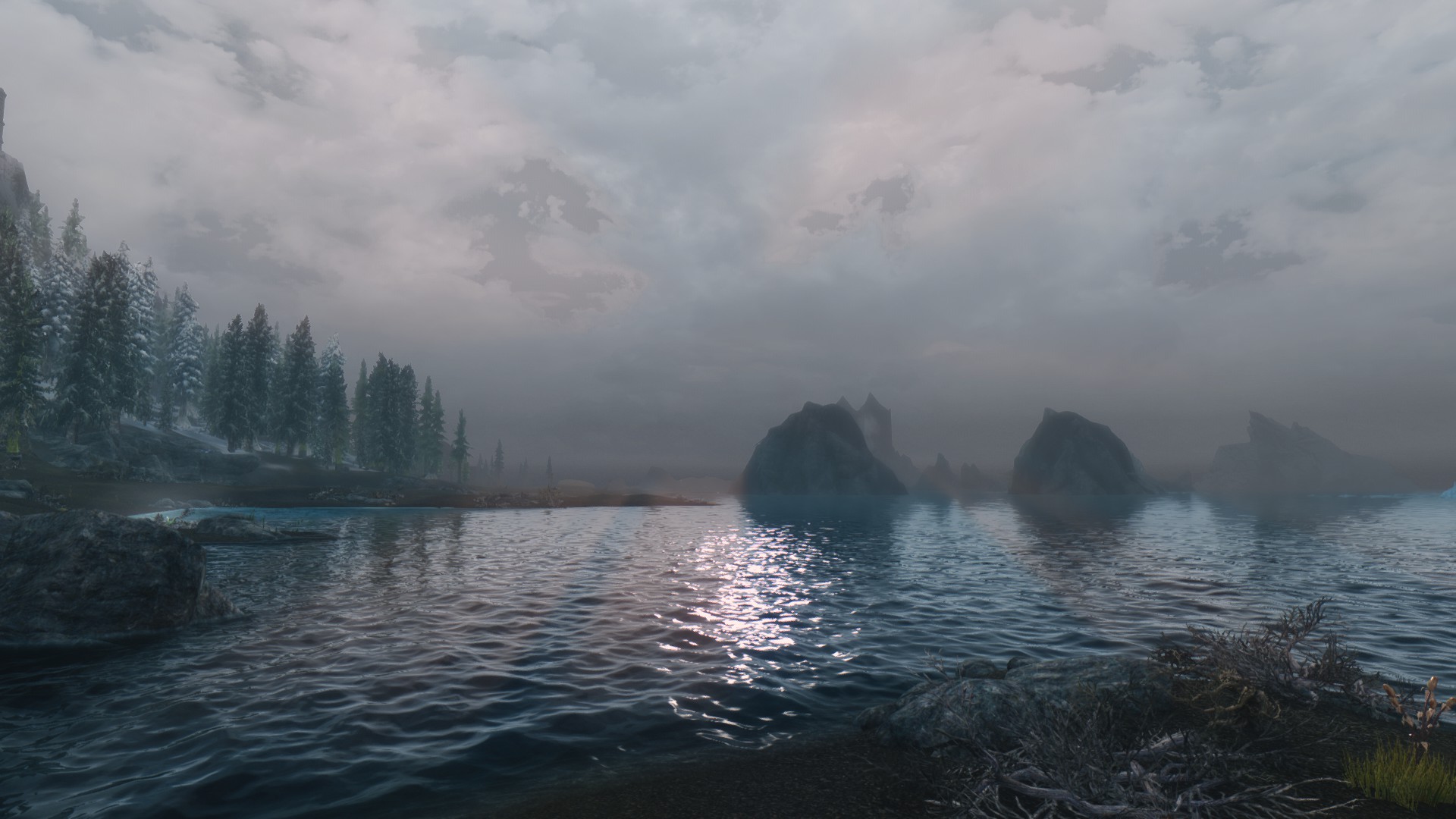 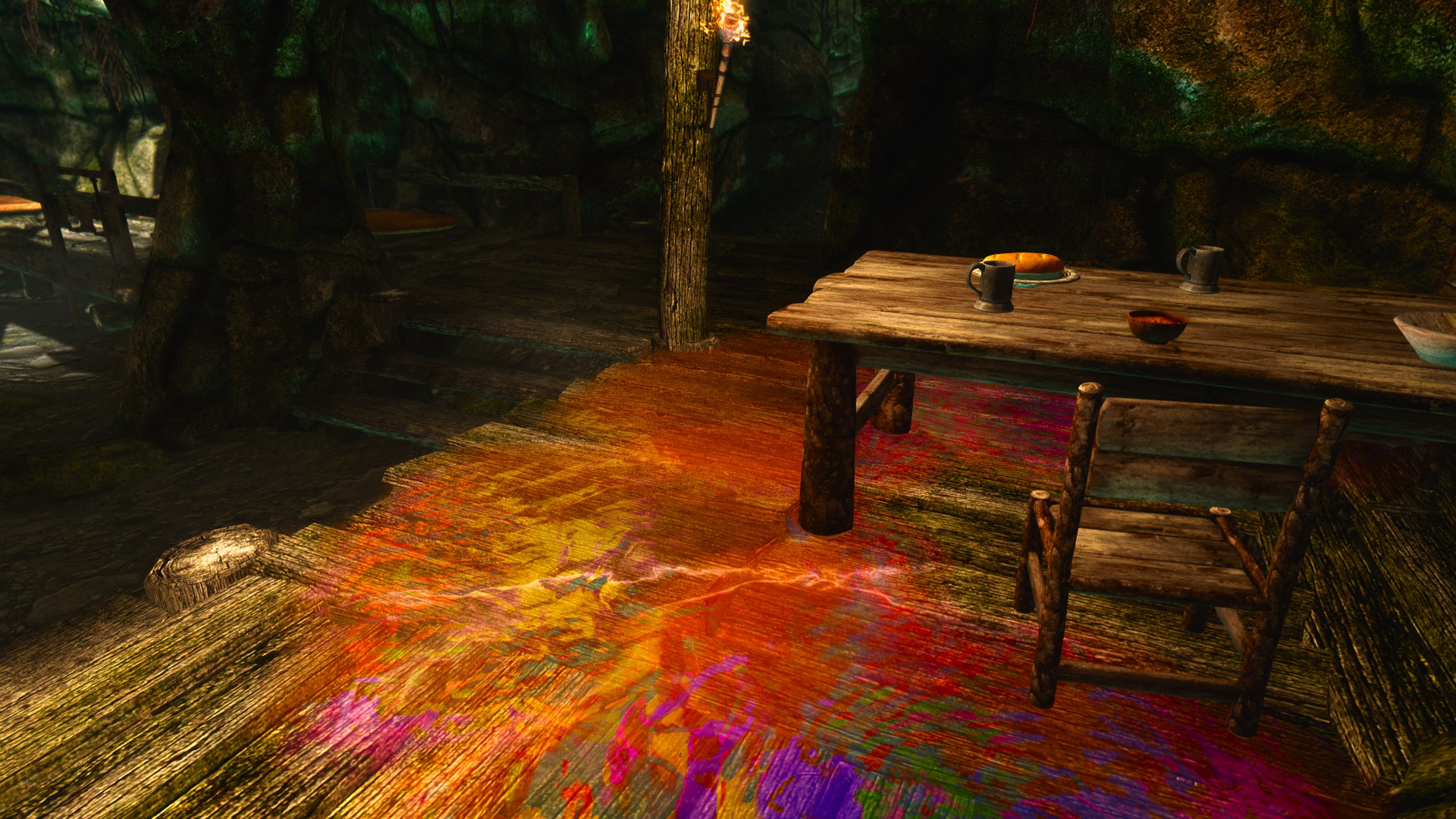 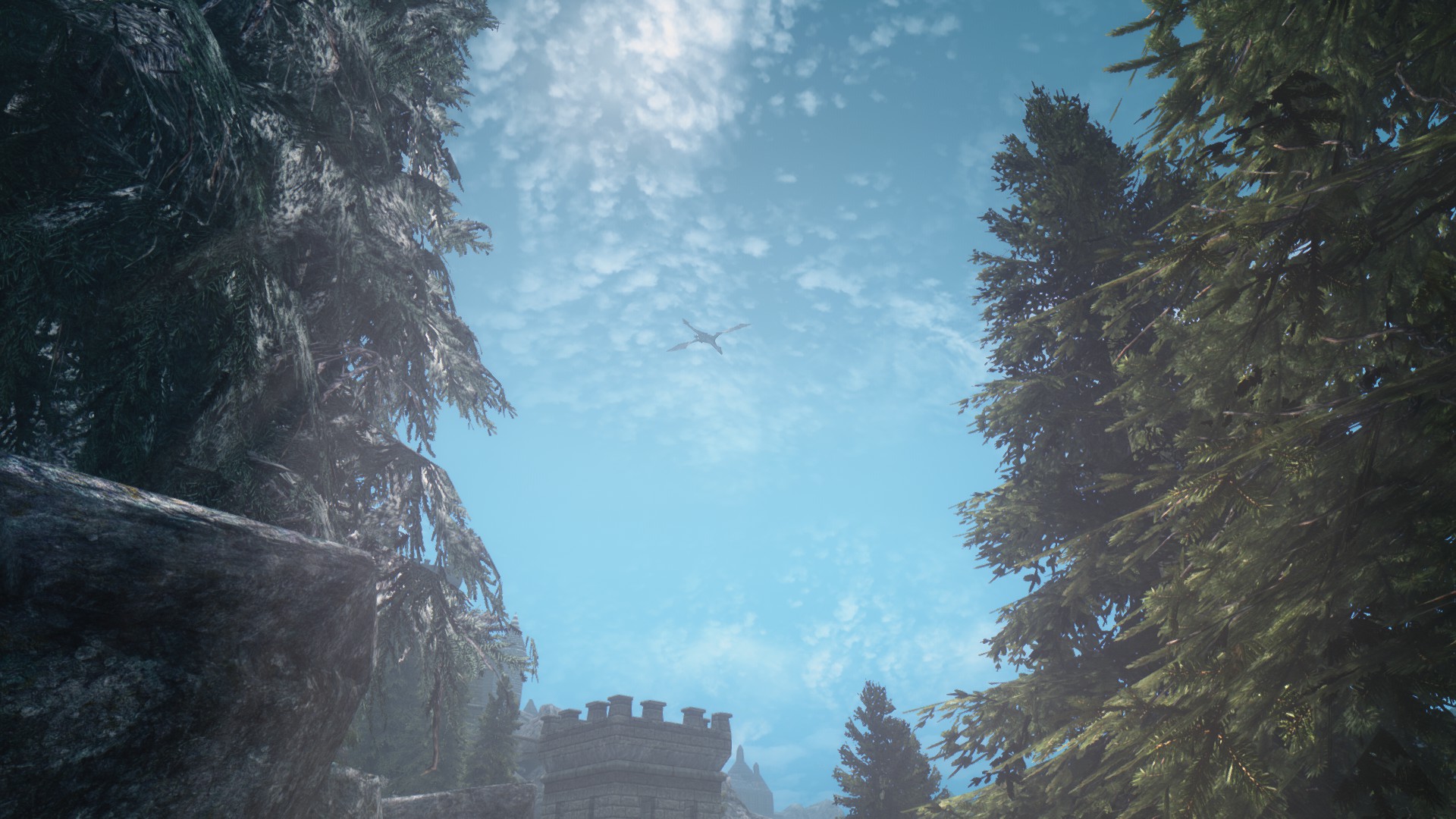 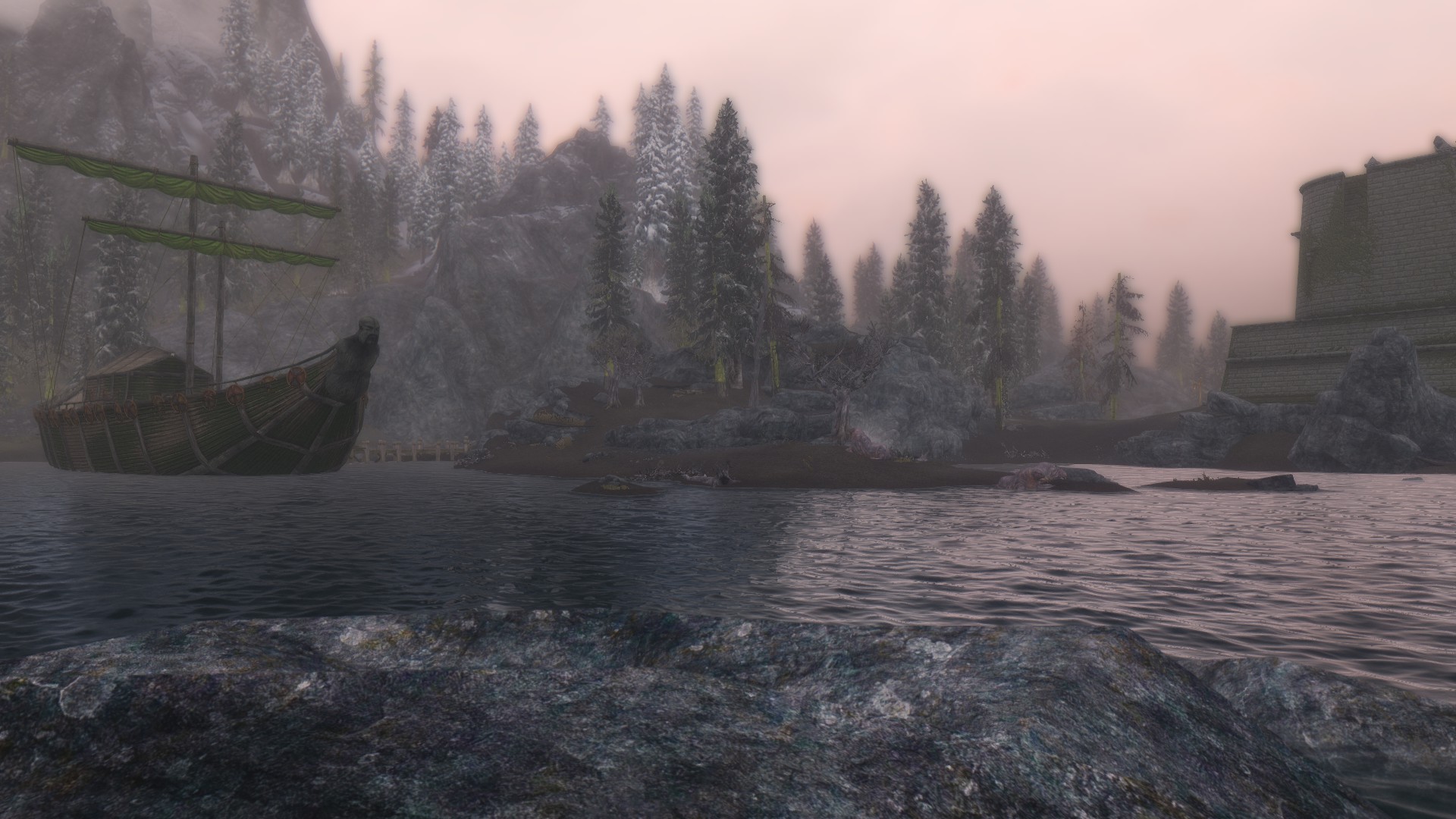 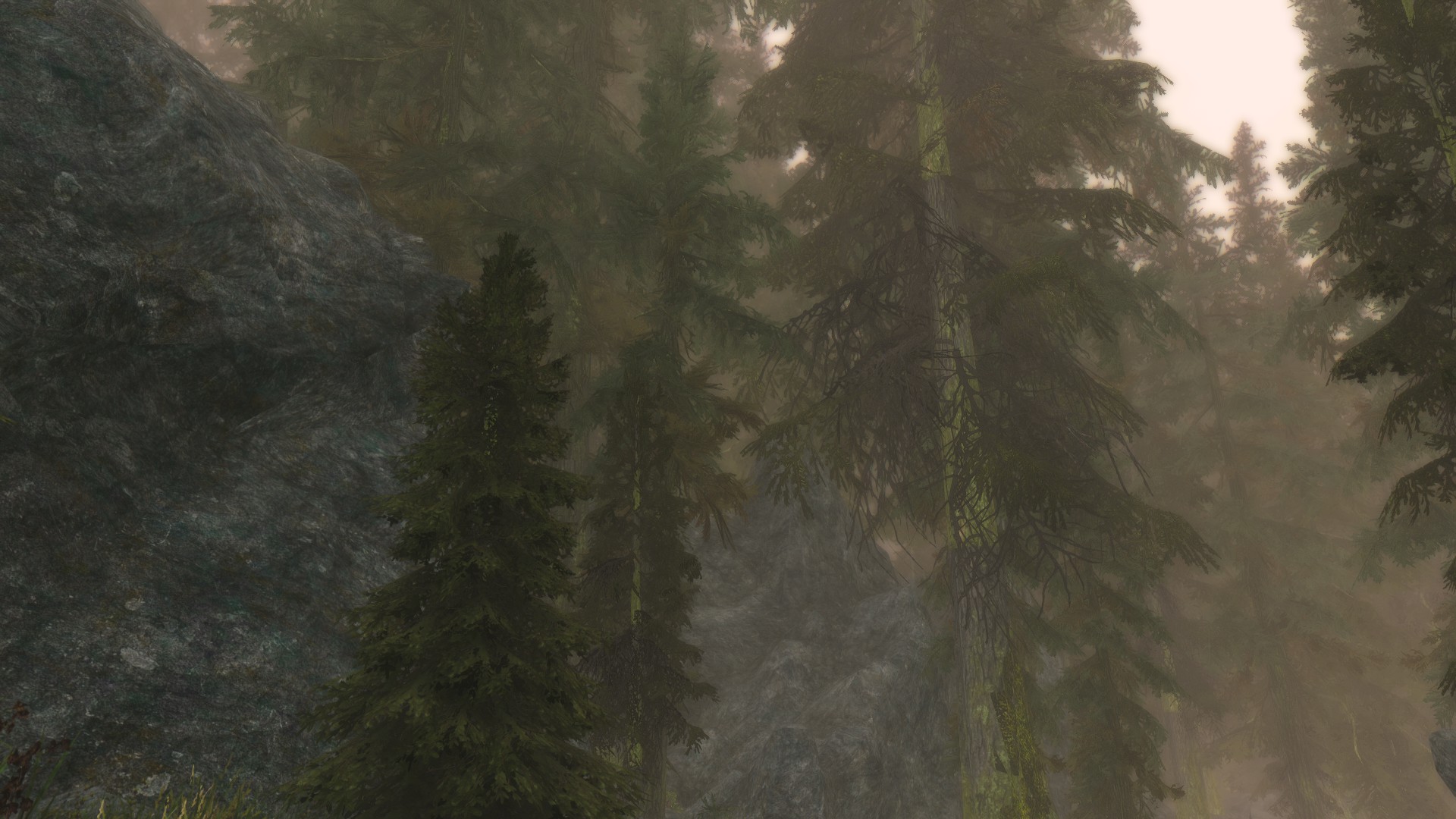 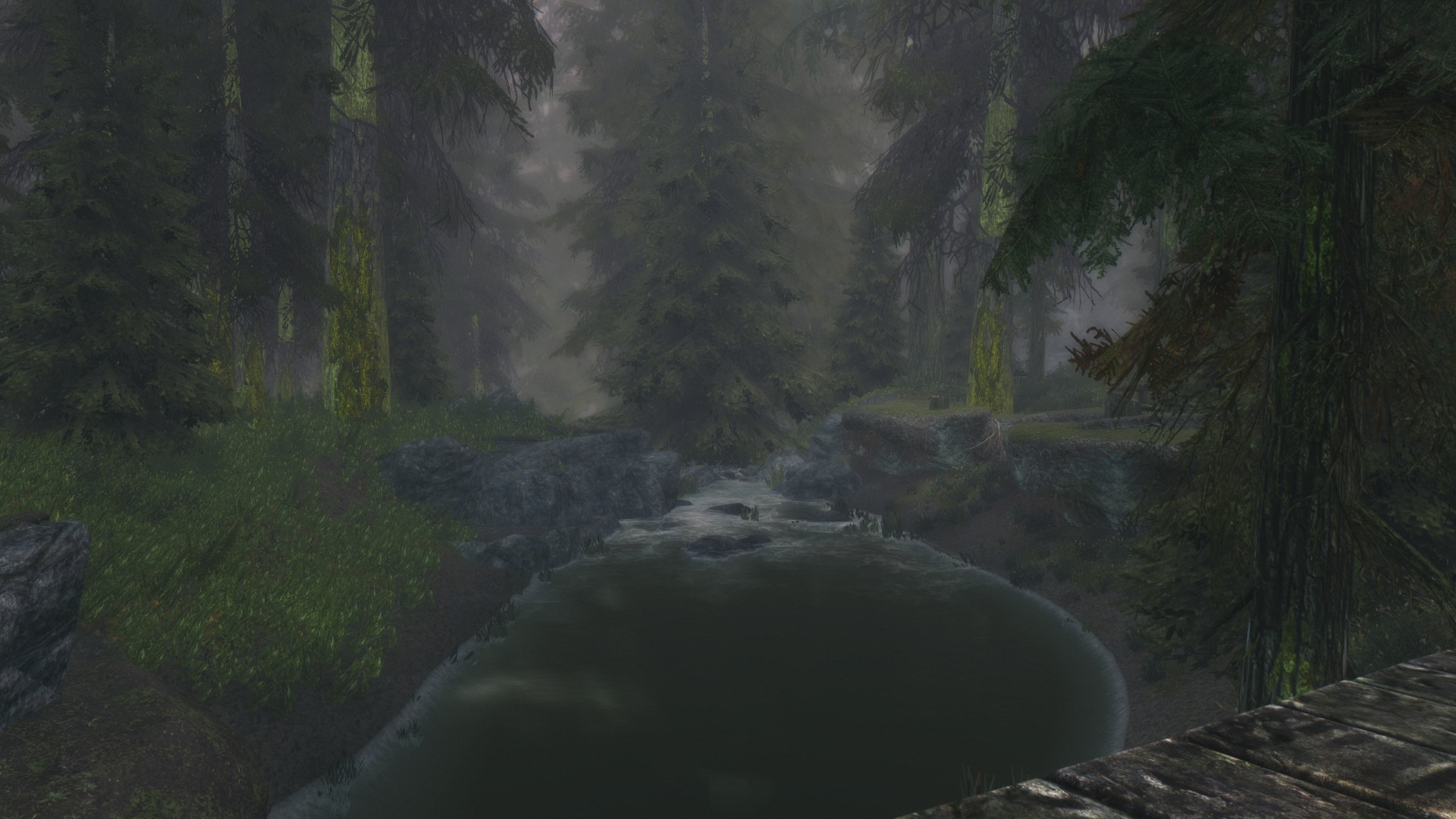 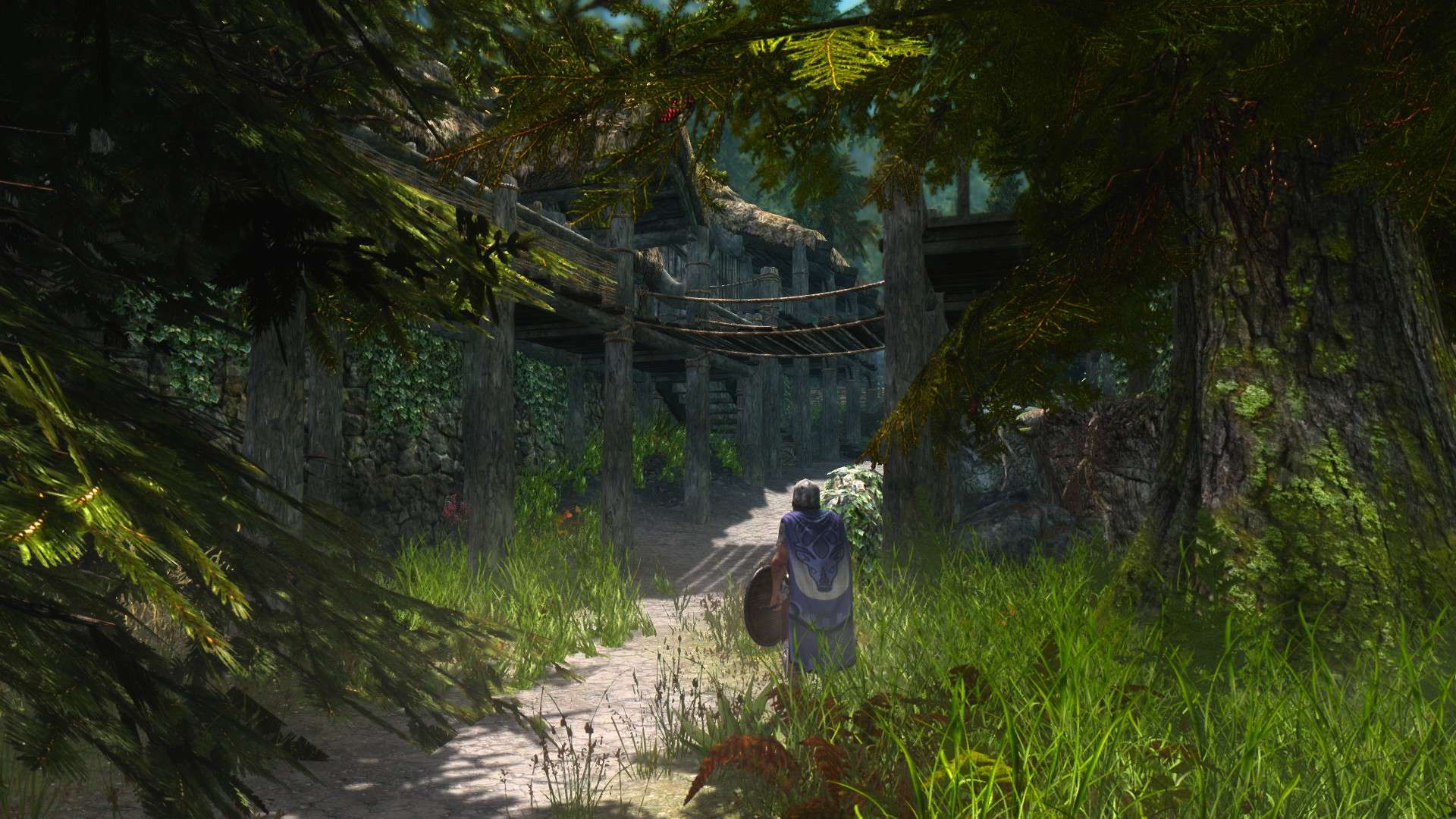 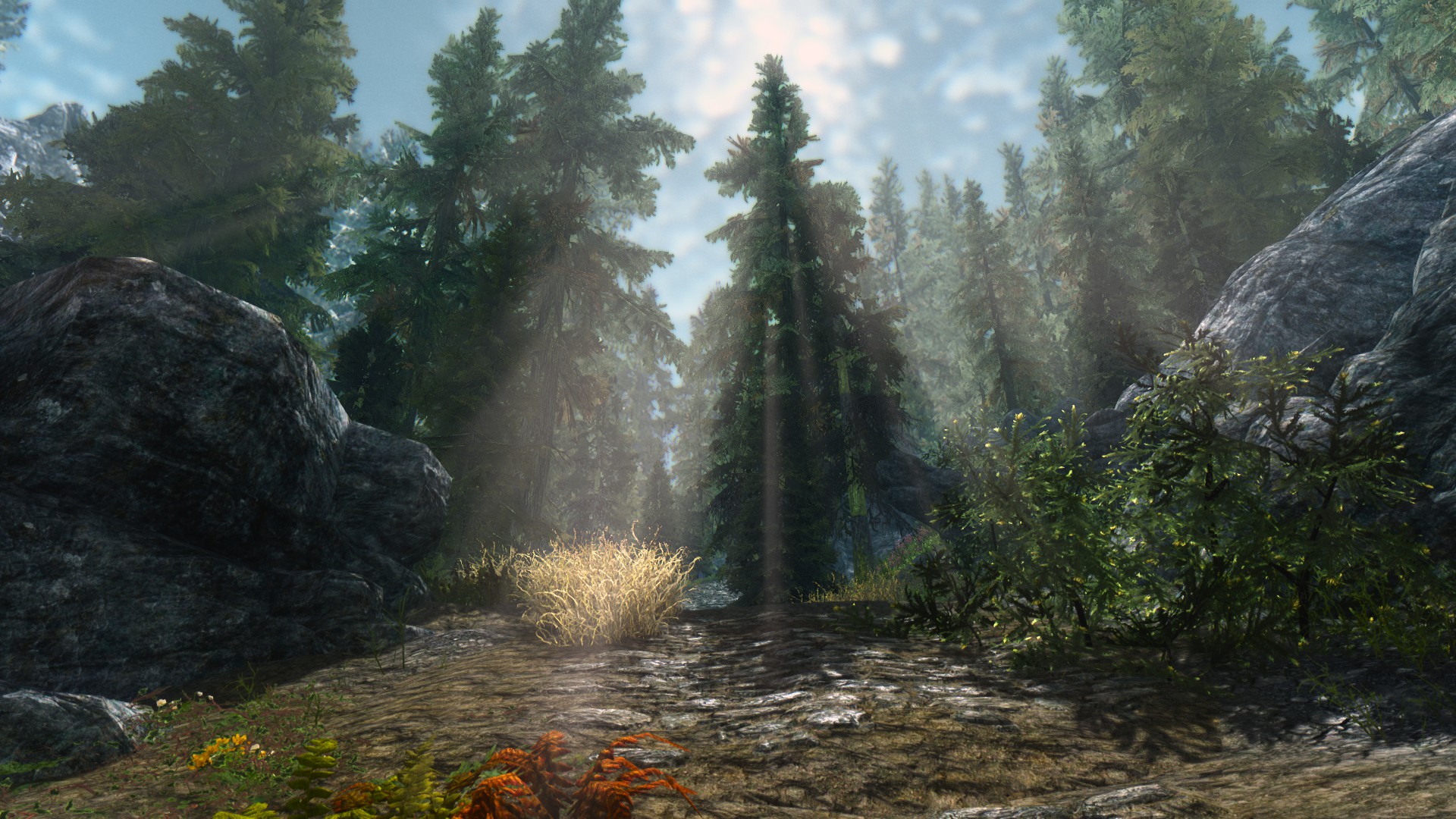 nice, Too bad about no love for fallout 3 and new vegas

Maybe in the future. I personally love the Fallout series but Skyrim is the current favorite on this forum.

Good idea . I don't use ENB's myself as I thought they made the game look a little sugary (as well as the effect on performance), but those stills of the colder climates look nice. Very bleak, as Skyrim should be.

Thats the thing with ENB though. Everything can be changed. It hits performance hard but at stock clock with my gpu its still playable. Averaging 50 fps atm. Loading a very long view distance though. Now that takes up a lot of vram. I have to constantly monitor the game to make sure I dont hit 3gb's.

Yeah I have a 760 with 2GB vram so I'd definitely feel those hits, although I have seen people get okay performance with RealVision on lesser cards. In terms of visuals, I'm just using the official HD pack with a 2K pack over the top of it, and a couple of environmental textures (water, climates etc) . I think I'll give one of the rock textures a go though, as long as they're not too taxing. God there's so many though. Every time I go to Nexus I see about fifty things I want and don't know where to start lol..

Getting everything to look how you want it to and not crash all the time is a pain though. However this current load I havent experienced a single crash. Freezes every now and then but 10 seconds its working fine again. Im going to try other ENB's as RealVision is nice but its definatly not the most realistic or graphicly impressive ENB out there. Its just a good middle ground for looks and performance.

Is VRam the sole stat for the playability for a lot of mods? I am using an R9-280 with 3gb of VRam. Should I save up for a 4gb model or even get a 760 or 770 with the higher VRam? I do not use multiple monitors (for games) and I typically use a 1080i monitor. I am getting into this mod thing and before I do I want to make sure that any problems are less likely my card.

Its a mixture of vram and downright performance. I feel for the performance I get my my 780, 4gb's of vram would be optimal. In this case, i think a watercooled R9 290x would be better. Even better a Titan Black with that 6gb's of vram.

With an R9-280x, Your most likely going to see performance dip due to performance, not vram. Vram fills depending on the textures you use and the render distance and ENB. I render at almost twice the distance of default. Default is 5, i render at 9. 11 is just too much and I end up with naked people because not enough Vram. This is a good gif to show the different.

If I had another 1gb of vram I could manage a render distance of 11 with my current mods but nope.

You have to remember that skyrim stresses everything about your GPU. In all honesty, if you can afford it and are willing to spend that extra bit, Grab a GTX 770 Classified 4gb. With the classified, it will turbo to near 780/290x performance and that extra 1gb of vram. I would be tempted to say it would be better suited for skyrim than my GTX 780 Classified 3gb. Reason why I say 770 classified over 280x or even a stock 770 is in many cases with moded skyrim, there are large variations in performance requirement depending on the area and the classified should have enough headroom to deal with it.

I'm fairly new to modding too but from what I know you don't need to upgrade as Skyrim actually hits a limit on vram at around 3GB and so having any more than this would be redundant. And I think vram is only important for the visual mods such as ENB's, textures and possibly meshes.

It seems Samiad is correct. I am not sure that I am reading the post correctly, and may need a more reliable source, but at first looks 3gigs VRam seems to be the max unless the Operating system was the limiting factor.  I may have to try the ENB boost to see if it mitigates the problem.

The 3gb limit is for both vram and ram I believe. ENB Boost does work and you need it if your running with more than 3gb's of vram. I installed it just in case it helped.

Just the kick in the ass I needed to motivate me to move my Skyrim to the new PC. Its been a couple months and I miss my sweet sweet Lydia.

I think it's worth mentioning that there is a performance version of the RealVision ENB mod. It still looks much better than vanilla without affecting performance. The only difference is that depth of field and ambient occlusion is not included. I use the performance version - it looks amazing and I still get 60 FPS in most areas.

I only just started modding my skyrim a few days ago and I was stumped. Luckily I came across a youtube video series by a well known modder called Gopher.

He's made a neat series dedicated to teaching modding for beginners. It really helped me and I think it might help others.

I have a shit ton of pictures Ive took the past couple of days. Im gonna need motivation to quit playing the game long enough to upload them lol.

I also would like to see people share their experience and their own creations using the Creation Kit or other modding tools.