Hello Tek syndicate / Raze The World community members. I have searched but
only found others members wanting a game list for the up coming
LANsyndicate event. I plan on building a rig from scratch from case
to OS, just for this event. I would find it very useful to have a
game list to plan around.
I propose that we gather input from members on what games to play and
then someone make a user poll for everyone to vote on the top 5 or 10
games. Here are the games that I suggest for the list. I would love
to here what others have to say. 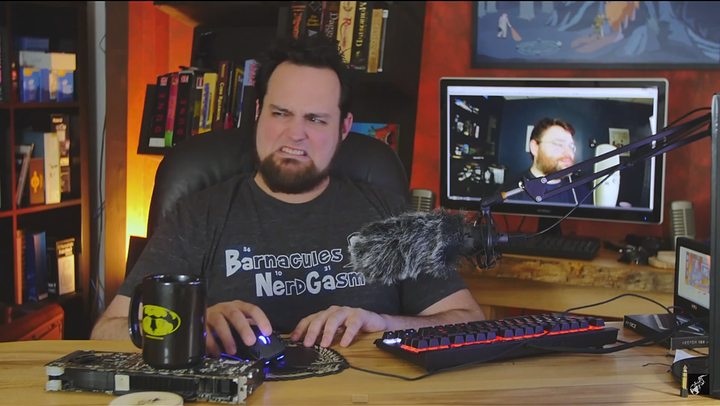 Good old fashioned Counter-Strike. Back when pc cafes were a thing I used to play cs with 31 other people that were in the room with me. Sooooo fun! When it's down to 1 vs 1 everyone yells "KNIIIIIFE!, Knife, Knife!" Then its shanky time.

It's like Lord of the flies or something. It''s primal, it's exciting, it's the best pc gaming fun I've yet to have. I'm still not sure if I'm going, but if you haven't experienced what I'm talking about then you are missing out. Also, good luck finding a computer that can't run cs.

I know those feels. That is the best part of a Lan Party, you actually get to hear the full effect of a frag. You really know when you done something right when you start to hear f-bombs. : )

Lol. I remember this guy who put "(whoody who!)" At the end of his name and would actually yell "whoody who!" When he got a kill. He eventually killed the admin without knowing. Without fail, "Whoody whooooo!". Three seconds later the admin smacks him for 15 health and says out loud "WHOODY WHAT!?". One second later everyone reads on screen "blowfish..."

Logan said this to me when I asked which Worms game to get.

I think we need some scorched earth

Just going through the games that I have installed, picking out some likely candidates:

Hopefully there's something in there people will want to try. There could also be a strawpoll or something so people can get the games with the highest votes before the event. 90% of these are free-to-play though, so you could even download them all now.

Also what do you guys think is the best multiplayer port for Doom and Doom II?

That is exactly what I was thinking on the straw poll. There is a 30 item limit on strawpolls. I was thinking opening the poll on march 28th and closing it on April 1st. That will give attendees two weeks to install the games. What does everyone think about that. As for the doom version i like dengine myself but i would roll any flavor other might like better.

Sounds good to me. But how will the 30 games be picked to vote on in the first place?

I was thinking that if the proposed game list exceeds 30 entries it would be handled in a multi-part sports style tournament bracket.

I like that idea. I am in. The games I suggest are: Worms World Party Remastered, and D2.

Does anyone know if there will be a CSGO compilation? I know there was talks in The Tek videos, but nothing official was said.

As promised here is the straw poll. Help get the word out.

Only 1 vote? I think we should get at least a few votes.

Call of Duty is number 1?

Rust and Terminal from MW2 are amazing

That was the last COD I enjoyed. Black Ops was meh, and then haven't played one ever since.

I stopped after MW3

Also we need to throw Xonotic into the list.