On Oct 2, MS will have its annual October press event, 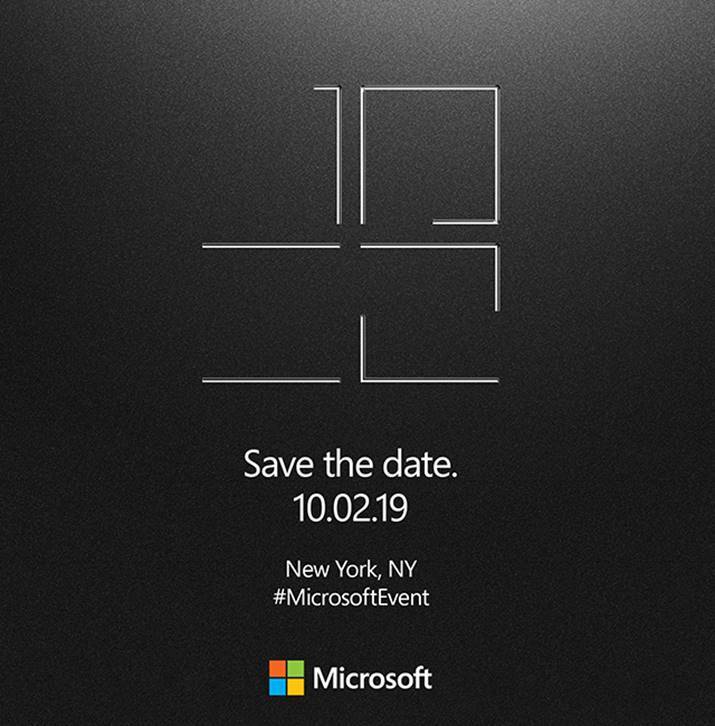 and its rumored that at the event we will see the new Surface Pro 7.

There have been many rumors swirling around lately with what CPU will be used in the seventh gen Pro. From a mix of Intel and ARM, to AMD&ARM (https://www.laptopmag.com/articles/microsoft-surface-pro-7-arm-amd), to just Intel, to just AMD (https://www.techradar.com/news/more-evidence-that-microsoft-surface-laptop-3-will-ditch-intel-for-amd-emerges). There was more then just written speculation as there was a recent supposed leak of a benchmark of an Intel powered Surface Pro on twitter

Also expected/rumored to be announced are:

By the way, the event will be live streamed at http://surface.com/microsoftevent at 10am EDT

The #MicrosoftEvent is arriving soon in NYC and streaming live everywhere on Twitter Oct. 2 at 10am ET. pic.twitter.com/4sR1qIqb6B

What are you looking forward too?

What are you looking forward too? 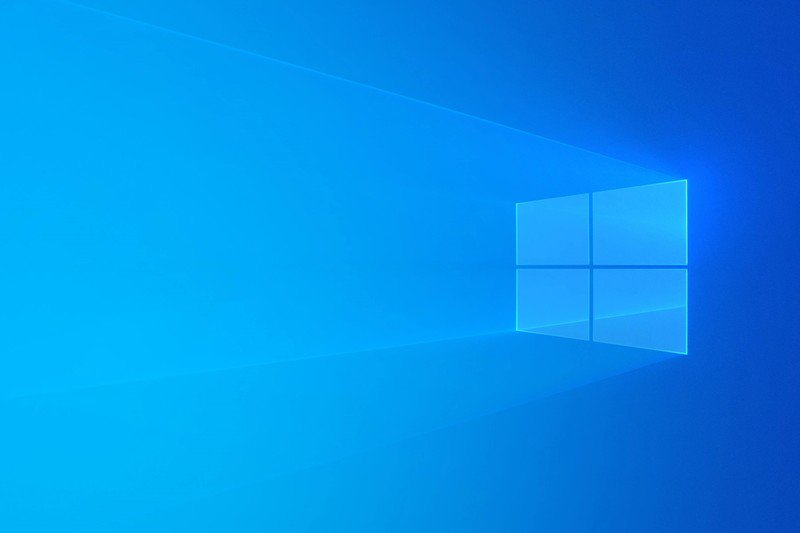 What the heck is Windows Core OS? Here's a not-so-brief explainer.

I would personally love to see Core OS. I don’t know anything so this is more of a me wishlist. Like something that is light and can hopefully be run on any hardware (read: near legacy, and even maybe phones and tablets and even the Xbox, imagine being able to pop in a game on a PC and playing it).

Anyway, there was a rumor that it would launch with the new MS Surface hardware.

Could be interesting. I am mostly interested in what CPU or combination of them they go with. People have been pretty down on AMD for mobile due to power consumption and this would be a pretty good test of them if it had them.

Other wise I expect not much new. Nice but still not a world beater and far too expensive.

Yes! Things are getting way more expensive and it kinda sucks, I imagine maybe its from metaling all the things. Hopefully tho they can launch things with a lower price this year, RAM and storage chips are getting less expensive. Although I doubt that a decrease in those two areas will decrease the cost by a few hundies.

i don’t see it happening. These are aimed at buisnesses where the user does not foot the bill so they can charge what they like. As long as the money is there they will charge for it.

This. I’m interested. Wanna see some new kernels be thrown around, I’m watching Fuchsia as well.

There have been many rumors swirling around lately with what CPU will be used in the seventh gen Pro. From a mix of Intel and ARM, to AMD&ARM

I need Microsoft to do two things: scroll pics in the gallery even if I have them zoomed in and have ONE SINGULAR menu to change all my settings, possibly with a coesive UI.

Rant aside I thing that Microsoft hid what kind of devices they will unveil the 2nd of October in the logo of the event.

MS has been trying to sell castrated Windows OS on cheap hardware to compete with ChromeOS for many years now. Windows ThinPC, Windows Starter, Windows N, Windows RT, Windows S, etc. Every single one has been a hilariously predictable failure. I look forward to pointing and laughing at their latest failure next week.

Were they “new” as MS is trying to say Core is? <does that sentence makes sense?>

Or were they just some stripped down even more stupid versions of vanilla windows?

Oh definitely the latter. But that’s what core will amount to also.

I thing that Microsoft hid what kind of devices they will unveil the 2nd of October in the logo of the event.

It is an odd logo. On one hand it is just the date again, top left is a “1” and bottom right is a “2”, but the Zeros being different is the odd part I wonder what they could be referencing or if they even are at all, could just be wacky non-joined-up-thinking design which would definitely be in keeping with MS.

I forgot this started at 9 American Central.

They already announced the Surface Laptop 3 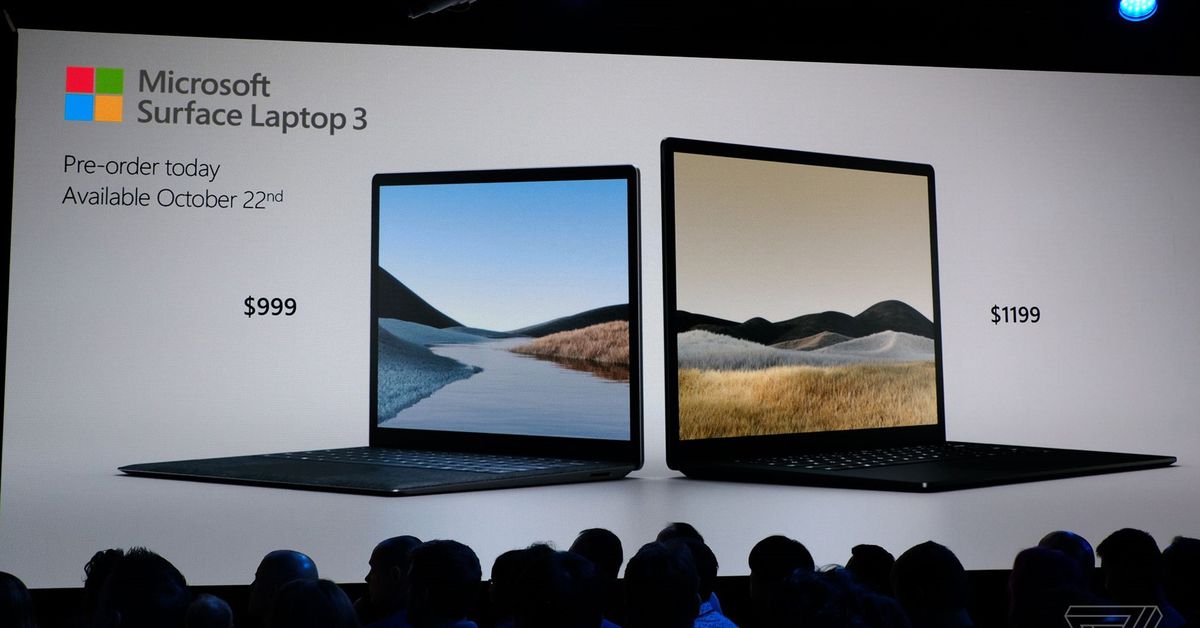 Two models, both available for pre-order today and will ship Oct.22

We are going to see a product that will come out next Holiday.

It’s named Surface Neo. Its, powered by Intel. It’s a full screen device, that looks like to iPads glued to each other while keeping a center hinge, so it’s not a seamless full screen.

One can put a keyboard on top of one screen, and the display will realize that and display different content on that screen. Pretty cool.

Lisa Su is in the audience, just saw her on screen.

Nice. Windows 10 X, will be the OS running Windows Neo. Looks like the Core OS renders.

New surface laptop, faster, Ryzen. New Surface 7, same thing with a USB-C port. New earphones, don’t have noise reduction, and look like those African tribal earrings where they stretch out their earlobes. I get that a lot of people like the Surface tablet line in particular, but this is an incremental noninteresting yearly update.

Surface Pro X, ARM CPU, it’ll fail like every previous windows ARM device. You buy a windows laptop to run windows programs, and they run slow as balls interpreted from x86 to ARM. Huge battery life is cool but we only need laptops to last 8-9 hours.

New Surface dual-screen, not bendable OLED, doesn’t come out for a year, and who wants to type on a glass keyboard? Then it has a physical keyboard too, which covers half the screen. It’s a gimmick.