I’m sharing this issue because I’m really questioning the final answer I received from NZXT CS.

Right off the start, I did fix the problem myself, I reseated my RAM and got the XMP Profile stable with VCCIO @ 1.1v.

The problem originally was that with XMP enabled, Asus’s motherboard kept shoving 1.5v and sometimes 1.65v to memory and 1.4v on VCCIO. The worst case scenario is that the motherboard or RAM don’t like each other and one of them needs replacement, but thankfully it just needed a reseat.

I asked NZXT about this issue. Keep in mind, when I received this PC, XMP was already applied.

I really don’t understand their answer. I purchased from them the G.Skill 64 GB 3200MHZ RAM modules. But the answer is: If the memory is ran at these speeds, it will void the warranty. Basically all memory sold by them has a rated speed that will only be applied with XMP. So, how can they sell the memory advertised at a manufacturer rated speed, but not support troubleshooting or replacement of modules if they were bad and NZXT knew that XMP was applied?

I hope my point can be understood.

By the way, I can peak 48/64 gb of RAM while running Solidworks, Firefox, and video editing of my tool restoration videos, so it was necessary to have this amount. The only thing I regret was purchasing the 9900k instead of a 39x0x. 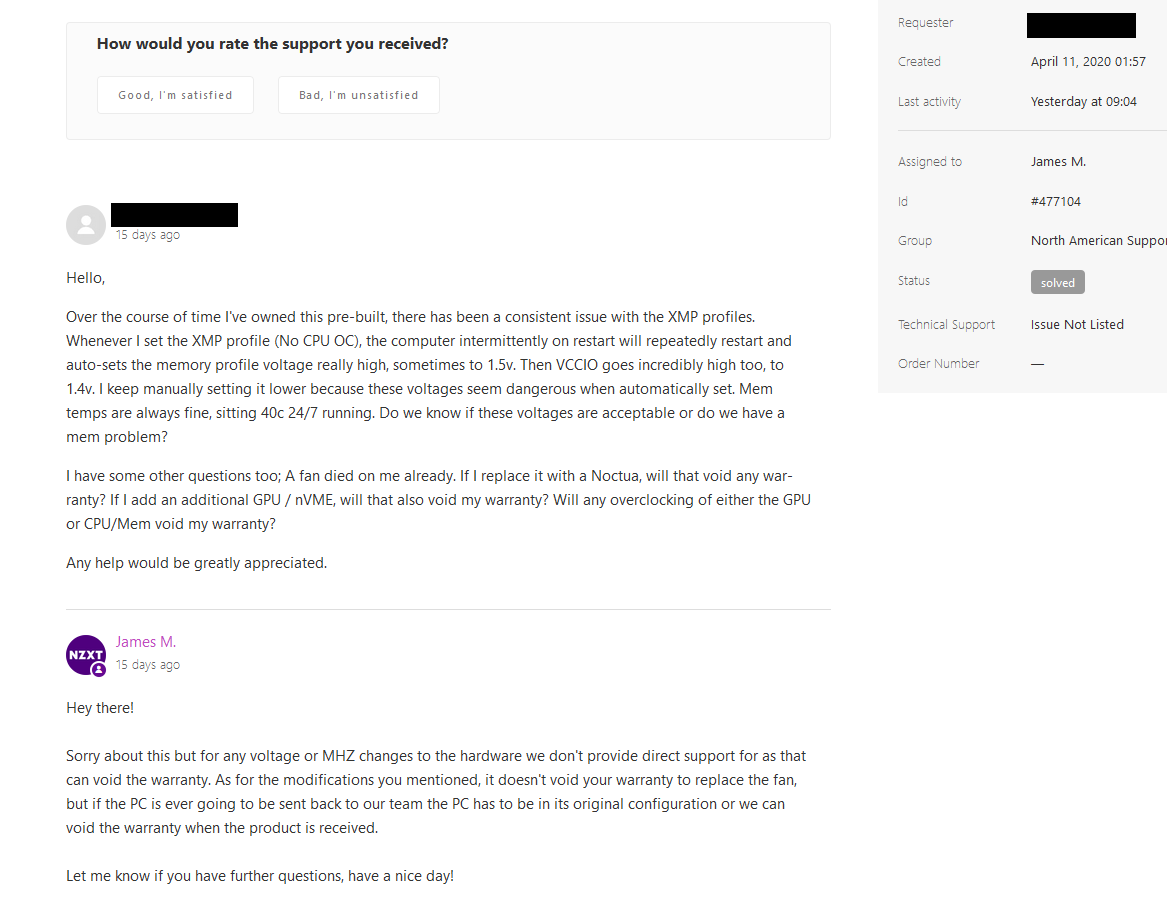 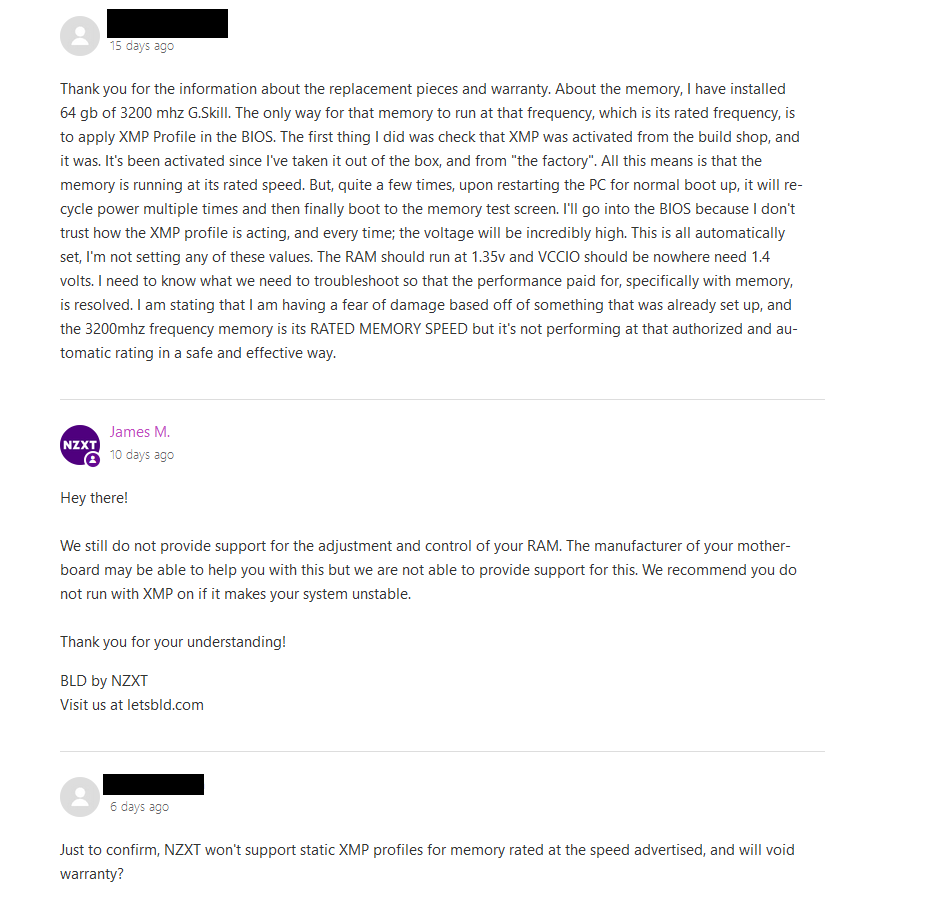 Technically anything over 2666mhz is an overclock on the ram and outside Intel spec (acroing to teh Intel Ark page on the 9900k), that may be what they mean. Yes XMP is supported but it is outside the CPUs intended operation, it is more of a here is the option, it is up to you and on you should anything happen, if you want to use it situation.

The thing I don’t know is if NZXT BLD are supposed to ship with it enabled. That they did in the first place should mean that any issue caused by it is theirs to deal with. It should have been tested for stability and being withing safe operating limits before shipping, which may mean they consider those voltages safe, or their testing does not take them into account, or they did not mean to ship with XMP on. But if that is how it came out of the box with no special request made during ordering that is outside their regular process, and you have no changed anything yourself, it should be covered under their warranty.

The first thing I did was check their BIOS Setting to see how good NZXT is. Which let me just say, the NZXTBLD program is phenomenal. I only had this one little quirk I didn’t completely agree with.

But anyway, back to the BIOS check. I was in there to check the BIOS version, which was updated. No overclock was applied to CPU. I don’t even have an OC applied right now. But, I dang-ole sure have XMP applied ahah.

Then Intel should not advertise XMP in their marketing material.

That is an extremely good point.