This is a companion discussion topic for the original entry at https://level1techs.com/video/nzxt-kraken-z73-c850-psu-5ghz-all-nzxt-build
MisteryAngel February 11, 2020, 4:05am #2

When the radiator sits in the top, and works as an exhaust,
with no dust filter like in this case.
I would probably likely put the fans ontop of the radiator.
Why? because i think it would be easier to clean dust.

When you put the fans on the bottom the rad,
there will always be clogged dust between the fans and the actual radiator.
So if you need to clean that out, you will have to take off the fans.

Of course looking at it from a different perspective.
If you want to clean the dust out ontop of the rad.
You will have to demontage the entire rad or top half of the case when possible.
So yeah eitherway has it’s pro´s and cons.
When you have decent dust filtering inside the case,
then it will likely not matter really much.

So yeah either way works.

Of course putting fans on the top pushing air out trough the radiator instead of sucking,
might lead to a slightly better airflow.
But again that is also strongly depending on your intake situation. 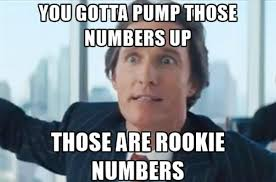