Nvidia is looking to destroy sales of the AMD RX Vega 56. This also means no Volta til quarter 1 of 2018.

This is what happens when you don’t have competition.

No reason to innovate, just release a refresh.

To be placed between the 1070 and 1080, okay, fine, but there is not much room there to differentiate as is. Throw in overcloking and this is just an odd card. Basically there is no need for it to exist other than a because we can card that will keep them in headlines with out actually having to do any real work.

Well these here stories just pretty much confirm it.

Crypto miners would probably gobble it up pretty quickly IMO

Yeah gonna be a while still before the GPU market stabilizes and non derp pricing.

No point for a 1070Ti in my opinion since the gap between the 1080 is not that significant.

This is what happens when competition suddenly appears after a period of 0 competition in a market. This strikes me as the same random stuff Intel has been doing with CPUs in response to Ryzen and Threadripper e.g. RELEASE ALL THE THINGS to try and compete because they feel threatened by the competition.

I suspect we’ll see some other really weird cards appear as Nvidia flails about over Vega.

I don’t think Nvidia feels in any way threatened by Vega. This is just to create more hype so they sell more cards as per usual. Vega was basically a flop because of price point.

I have to agree with everyone else here though, a 1070ti makes basically no sense.

PS: This is a pic a friend of mine made years ago.

I would Imagine its a 1070 with faster memory and an optimized die. Would be good for serious 1440p gamers on a bit of a tighter budget and anyone who cant decide between vega and 1070. I like it. They need to get the price right. It’s probably a sign that volta will be q1 or 2

This is Nvidias goal, to stay in headlines so people do not buy from competig brands.
The 1070ti will match or be slightly faster then Vega56 for roughly the same MSRP.

nVidia’s lineup is starting to look like a Xeon stratification chart:

There is also the regular Titan X, not to be confused with the Titan X of the generation before. Tx(maxwell), Tx(pascal), Txp.

Ugh I forgot that there are actually two Titan Pascals.

Yup complete insanity. And it works, people are buying this shit.

So the 1070 Ti is official now. Only real difference between it and the original 1070 is that the 1070 Ti has more CUDA cores, everything else is the exact same. $450 preorder for the Founders Edition, so I expect the street price to be about on par with the current 1070 prices with future sales. 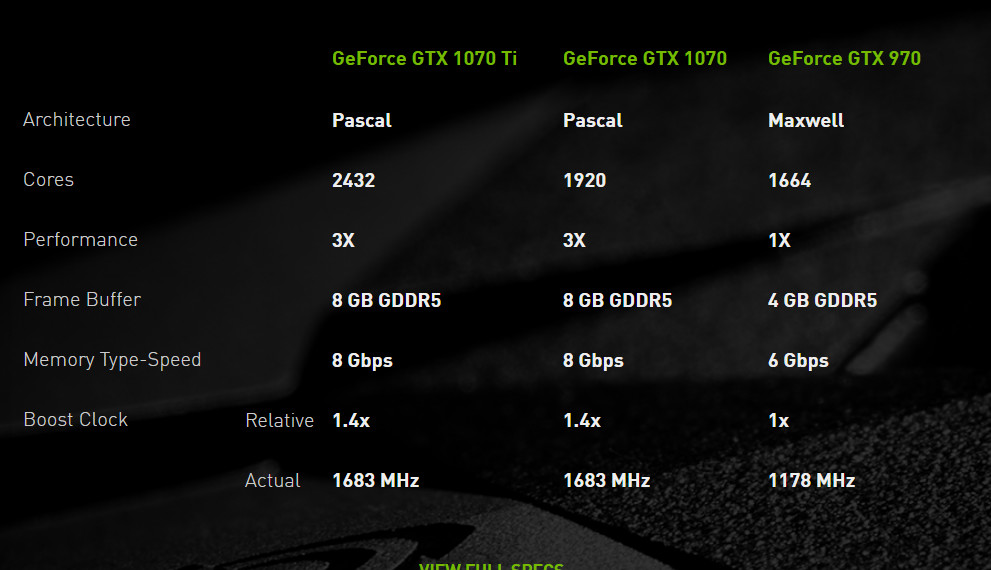 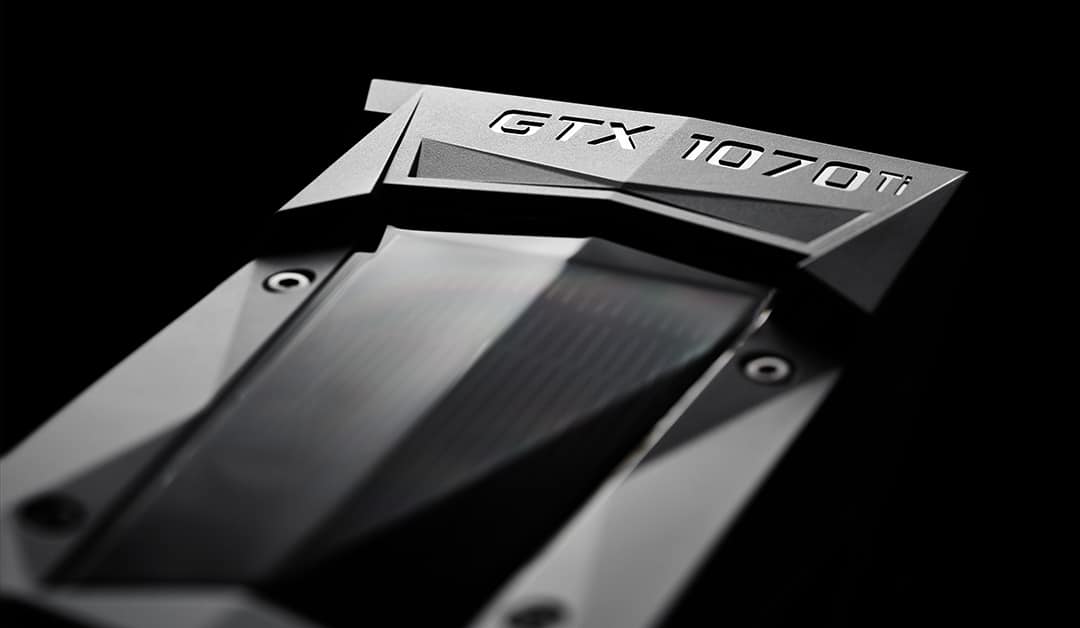 Just in time for the holidays, NVIDIA has added the new GeForce GTX 1070 Ti to our Pascal lineup of gaming GPUs. 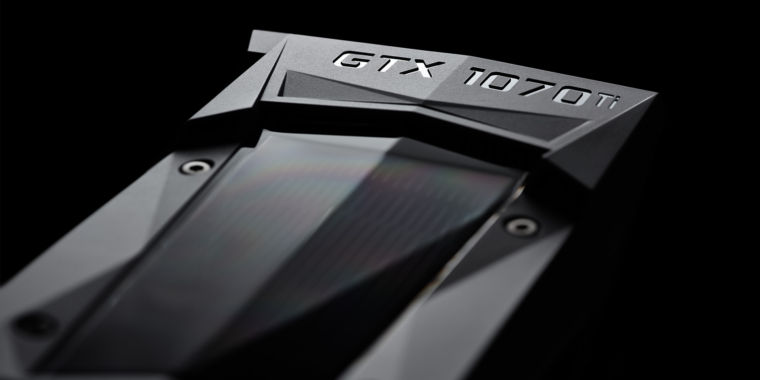 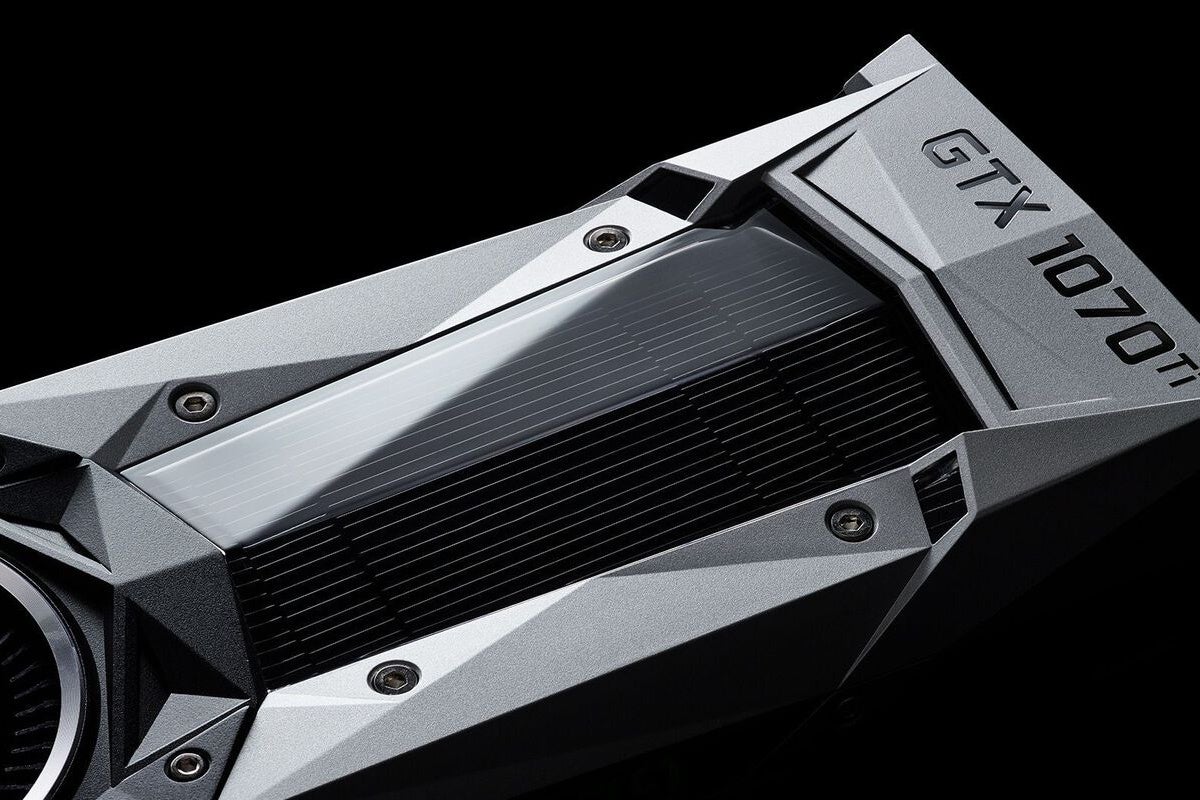 I feel bad for Colorful as they made this fancy GPU and are prevented from haveing a factory OC. But i guess the end user can always do it.