Nvidia really did ask for subscription fee, didn't it?

They do this shit because people will pay. You can't blame them.

Also, why is everyone getting so worked up over vidya games? If ten dollars was really that important to you, why did you spend money on the GPU and games in the first place?

Kids, earning gold in a game doesn't put food on the table in real life.

Sitting at the back of the bus chuckling silently.

Whatever. This probably won't slow them at all, if anything it might drive sales, revenue will be up either way.

Also the "free" games you have to pay for chant has long been a thing since PS+ on the PS3. Initially not needed for online play at all, it was just a free game every month, discounts off other games and playable full game demos (the full game with no locks on what you can do, just a 30 minute playtime lock). That was fine it was optional and spawned the chant of free games somehow even when you paid for them. But then came the PS4 and PS+ was no longer optional, it still gave you all the stuff it had originally but now you needed it to play online.

Not saying nVidia will do that exactly, they can't at this stage with how spread PC is. But this is just the start of this bullshit, get people on the companies side with treats/benefits and an optional service, then make the optional service mandatory for the same price and now you have a large group of already paying and happy people to defend and mobilize online when complaints start about paying for features behind a paywall. Features which they get automatically, so to them the service they were optionally paying for becoming mandatory meant they got a "free" new feature or updraded service because the price never changed. Yeah fun times ahead.

Pay a sub fee to get rewards for doing beta testing for us....FFS....

Everybody wants subscriptions, I've been waiting for Steam to go for a subscription thing (and later sub only). Stuff like this paves the way for that, I'm sure Valve is happy to see Nvidia doing this. Need to teach people to pay monthly fees for everything. ISPs in the US has taken it one step further, wants you to think of bandwidth in terms of Oreos so they can charge you even more. Don't go and eat all your Oreos in one go now, then you need to buy more.

From a business standpoint it is great to have subscribers, they pay you every month so you can make easy prognoses about your future income, revenue etc. Concentrate on cutting costs and you can have a very profitable company. If you succeed in locking in your customers you don't even have to provide any more value over time = even more profits. The customer lock-in stuff has always been the golden goose, it existed well before computer program/services.

It also looks like Nv is trying to whip up even more frantic fanboy-ism with their reward program. I also notice that they want you to pay for the option to report bugs to have a chance to win a game code. Interesting, this thing looks very crafty and I think it will be a huge success.

Edit: That's what it is used for, a sentiment tool tries to gauge the opinions of a "social network" so to speak. You could run some kind of sentiment tool on this forum and ask question like "are people excited about the next GPU from comany X". If you tell people that they will have a chance at winning stuff if they show up in such tools, what do you think people will do?

The Amazon Prime perks gets similar stuff from Twitch along with everything else you get from Prime.

Does NVIDIA not understand pricing?

I like the pay to be a shill by sharing feature. Basically you are paying NVIDIA to advertise for them in hopes you get a reward....

Can I get the emails of those who sign up? I have bridges to sell.

Who the hell would pay for this?

Oh, I hope people who have GeForce Elite get in-game or Steam badges for this. I'll know who I can take advantage of in trades with.

So what? they will give free codes for negative comments and criticism as well? So as long as you pay a sub you can get games by being a dick on their forums? Wow that will be so beautiful. We will going to need some popcorn.

I like the pay to be a shill by sharing feature. Basically you are paying NVIDIA to advertise for them in hopes you get a reward....

Can I get the emails of those who sign up? I have bridges to sell.

That is the main issue. You basically pay them to save them money with a vague promise of reward. I really have no issue with sub services as long as they do actually give sth for it...This is a scam basically. Who would fall for this? (rhetorical question...I know people will)

Zotac's GTX 1080 AMP! Extreme is the company's flagship GTX 1080 and the best GTX 1080 we ever tested. It comes with high clocks out of the box and a large triple-slot cooler that makes it run at good temperatures and incredible noise levels. The fans... 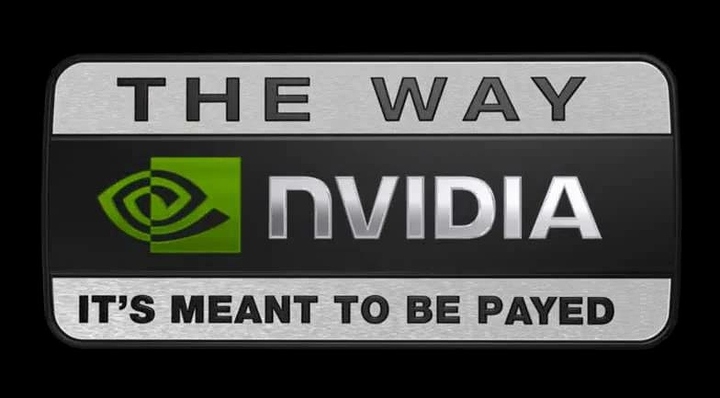 Shell out money for sub for an in game badge :)

Why would you want Steam to have a subscription? They already make tons of money, why do you think the client is free? Steam being a subscription won't make Steam any better, they want money regardless.

Subscriptions are not nice to have for everything neither, it might work with Playstation Plus (or was it Playstation Now, I forget the name), but it's not going to work with things like Oreos or god forbid actual food, not everyone can pay a subscription, the money management involved is harder than paying for a piece, it's also why I am against buying subscription software, I would rather just buy the one copy that lasts a long time.

It's great for businesses, but I think businesses get too much these days and do too little to earn such income generally speaking. I think it's time to consider the consumers a bit more, there is no business, no government without it's people, locking people in is anti-competitive by nature. The way things are going, I could care less about business.

Nah, I can blame them, unless they have no consciousness, in which case, I wouldn't trust them with AI stuff.

Yeah, um, remember what happened to Windows? Windows 10 became locked down compared to 7 and 8, but hey, "Freedom of Choice", I am running Windows 7 and Fedora 24. Windows 10 was free, but after what they did to the OS, I rather it cost $99 and not have telemetry and annoying ads.

And in the case of Windows 10, they say that you have the option to disable telemetry and ads, but really, they don't want you to so they make sure they won't let you unless you use a third party tool or modify the registry.

It's freedom of choice now, but they will try making this mandatory so it will no longer be "Freedom of Choice".

Warning: 12yo minecraft jockeys inbound with their GeForce Elite scrubscriptions they got their parents to pay for, so they can feel elite among their friends at skewl /s/s/s/s

And then people will say:
"Oh, but mah BUSINESS! It's healthy for Business! We get premium drivers!"

you missed the word "payed"...

We live in a free country and it's a capitalist market. They have the right to do as they please. The reason that they can do this is because we will continue to throw our cash at them no matter what. It's our fault as the consumers.

I can see it now:

Time to start selling my pc

It's our fault as the consumers.

No it isn't. It's AMD's fault for making low-end crappy hardware only and not offering any enthusiast-level stuff. Where's the competitor for the 1070 and upwards?