Noob at linux and wanting to test the waters

So i have ran windows pcs since the days of floppies and now i am thinking about buying a cheap used netbook to try my hand at linux … not sure what flavor yet… what would be a good starting point. As for price the lower the better but have around 200 for budget.

Do you have anything specific you want to try on Linux?

As for price the lower the better but have around 200 for budget.

At the $200 price range, you’re really looking at Chromebooks if you buy new. Yes, they technically are Linux… but not really. The experience is different, they’re less widely supported, and often require hacks to get working right.

nothing specific I just hate windows 8 and 10 and need to get knowledgeable with linux because i dont see my future in windows boxes. I build pcs for fun … in a nutshell i have a self hosted media server all based on win 7 and want to get linux down before i have to move it all over.

I have np with used lol most of my secondary boxes are repurposed old pcs that i have used.

Since it seems like you’d maybe like to host your own linux server in the future, it might be a good idea to try more server oriented distros like: Debian or CentOS, you might also want to check out Ubuntu (they have a server release too) and openSUSE.

After you pick one just stick with it, most distros are fairly similar. Then, familiarize yourself in terminal. While there are tools that let you do a lot in GUI, you’ll still need to drop down into terminal from time to time, and IMO it’s quicker and easier to do admin and config stuff there anyways.

Get the basics in, traversing the file system tree, managing system services/deamons, installing software/packages, editing config files, user privileges. No need to try and memorize stuff, just get comfortable typing out commands, the memory will come from usage

A hint, man <command> will show you a description and all the options/flags a “command” can have. I say command in quotes, coz they really are programs, well, most of them.

Don’t be afraid to fuck up, unlike Windows in many cases you can restore your system. (hint 2:rm doesn’t ask you to confirm the deletion of files).

When you get more or less comfortable, try to install a web server maybe, configure it a bit, add something for it to host. Good exercise IMO.

Good luck, and have fun!

Since it seems like you have some experience under the belt, you can also try Arch Linux, I would’t call it server oriented, though. It doesn’t have an installer so you’ll need to (mostly) manually do the initial system configuration. They have a great wiki and an install guide, if you read it (instead of just copying stuff like some people do) you’ll learn a bit about linux bootstrap and managment and in the process also get some terminal usage experience

btw, I use Arch

I have messed with rooting and custom roms on both raspberry pi and android as i understand its all the same under the hood so i figured with a cheap netbook or such i could jump all the way in w/o messing up what i have already set up … well untill i understand it enough to switch my server and 6 slaves over. That being said the learning curve always hurts until you get used to it.

@redgek is correct
you will learn a lot more about your systems through linux and i will tell you that during the learning process you need to take your time and you will mess things up from time to time.
being faithful with backing up your data will save you a lot of lost work.
whichever distro you choose to go with here’s a very good bit of advice!
sign up on their user forum! they can help you a lot better.

the mates here on this forum are good and highly knowledgeable , But the people on the distro’s forum sites are dedicated to their distro.
and some distros may have special instructions.

For an old trash laptop i would recommend MX Linux. It’s easy to use, fast and compatible and the community is actually helpful.
running from boot it can be very low on RAM like 380mb!
Don’t get me wrong MX is exactly as powerful as any other distro and even runs a newer kernal than Mint or Ubuntu.

It’s Debian based. its the only distro that has run genuinely fast even on virtualbox VM.

I would suggest using one of those old desktops. Go with a proper headless install (no desktop) of Debian, Ubuntu or CentOS. You will learn more that way and it is the way servers should be done (Windows servers too).

Connect via PuTTY from your Windows laptop / PC. Then try your hand at one of the options in this article. 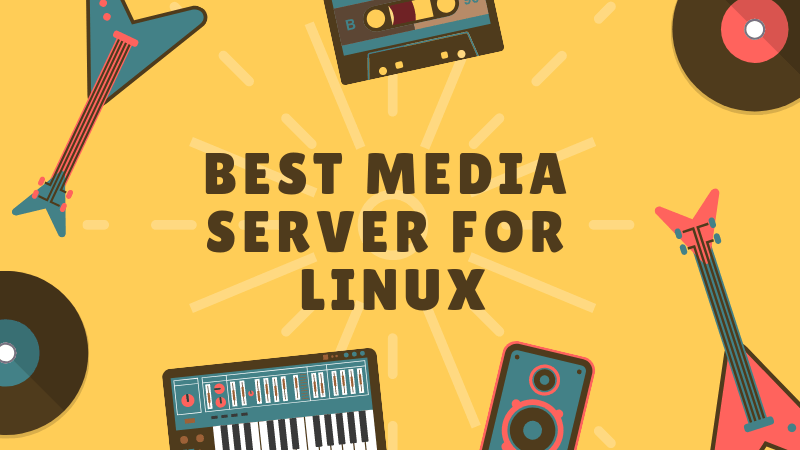 Here's our list of best open source media server software for Linux. You can use them to make your own home based media server or use it with Chromecast, Firestick etc.

Have you considered using a virtual machine?

I cant take them down or i would

never messed with virtual machine myself

Thinkpads are DEFINITELY a good way to go. I always see people who run linux on a laptop run those. And I never hear a complaint about them.

Raspberry Pi 3 + is a good alternative. There is a huge community behind Raspbian and quiet a few alternative distros designed for it. I’ve been messing with mine most nights and its really powerful for the price.

Careful, many of those old netbooks were fitted with 32-bit CPUs and many Linux distros have dropped support for that architecture. Go with a 64-bit machine, so you’ll have more distros from which to choose.

For $200 you should be able to find a nice used ThinkPad, which tend to have great Linux support.

Dell has ubuntu laptops for a while now. So an older model of those should be a safe bet. I just don’t know if those are available on such a tight budget.

Thinkpads are DEFINITELY a good way to go

I would second this. I have an old Lenovo x240 with LMDE3 on it that worked fine out of the gate. No driver issues at all.