Ok then Ladies and Gentlemen.

If any of us have any kind of know how in the console world. We know that out there is a raft of rough outlines of ROUGH SPECS for the next generation consoles.

N00B to the forum so excuse me if there is a post for this though,

We all, both PC and Console gamers, have to admit that there is now / or will be little difference between PC's and Consoles.

So lets see what you guys think would keep up with what Sony and Microsoft have spent possibly billions on developing. 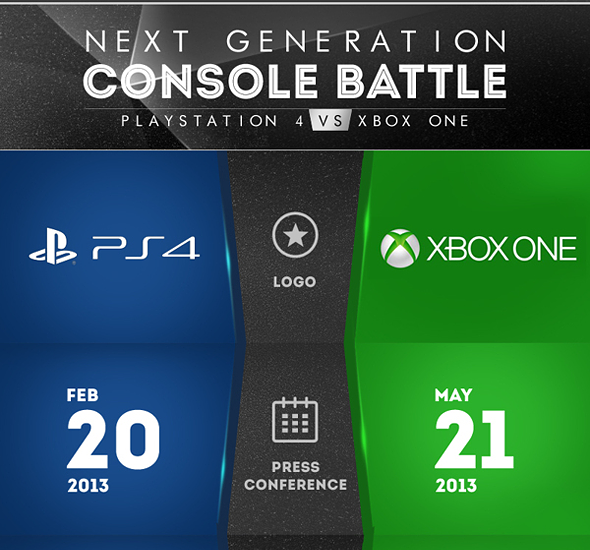 Cool. I'm not getting either, but cool.

One question before the thread is flooded with builds: Do you want a hardware competitive build or a build which will perform equally? Reason I ask is it has been rumored the PS4 has a APU with 7850 level performance, however, buying a 7850 will not perform as well as what's in the PS4 due to optimization for consoles being dramatically better than on PC.

Challenge to build a PC that is better than a console? Honestly, consoles are overhyped. I am impressed with the PS4. However, a console lifecycle is several years. Think of all the architectural improvements to PC in that time. Even if console came close to competing with PC, they would be left behind after 6months.

It's almost a war of attrition, only PC gets a banquet, and consoles get zero nourishment. Time and development is always going to benefit PC. And there isn't a better time to get a PC, no cameras to spy on you, no over priced games.

Imagine for a moment you were working for Alienware.

You have been told to try and put a rig together to launch at the same time as these consoles t, though just from what you can find today.

Yes of course the consoles will have been optimized, THEY'RE CONSOLES NOT PCs

Your aim is to try and say in the adverts:

YOU DONT NEED TO BUY EITHER, GET AN ALIENWARE Z1 FOR THE SAME PRICE!

THE Z1 CAN COMPETE GRAPHICALLY AND DO MORE THAN WHAT THEY'RE CLAIMING FOR THE CONSOLES.

KINECTS FREAKY," I CAN SEE YOUR BLOOD FLOW AND HEAR EVERYTHING YOU SAY", ASIDE OF COURSE.