I am feeling so positive about this!!! :O) This IMHO is what Star Wars should be!!! :O)

Hell yeah. i have TONS of questions lol

For one, this is Luke's first lightsaber (aka, Anakin's lightsaber). Last we saw it, it was falling down inside Cloud city after Vader cuts off Luke's hand. My guess is that that lil Alien hand is giving it to Rey perhaps. if so, that could be the new desert planet Jakku. how the hell did it get off Cloud City?!?!

Also, the new bad guys are called the First Order. is that some sort of Hitler-esque Dictator? Also, i love the inverted colors of the Tie-Fighters.

AND, lots of news about the second new Star Wars Movie (Titled 'Rogue One', which comes out December 2016, followed by a May 2017 release of episode 8).

It will be about a group of Rebels as they try to steal the plans of the Death Star.
They even put together a little teaser.

been out of the EU a long time. not sure if it is mentioned in any EU comics

I think the planet Jakku is completely new. As far as I know Disney is doing away with most of the Expanded Universe (which still pisses me off). Nevertheless, the trailer is awesome.

I will admit I had my doubts and declared my lack of enthusiasm for EP7 openly but damn have they done a good job of winning me round.

I did too. I thought Disney would fuck this up, but damn, did they prove me wrong.

well, most of the post-ep6 EU stuff. i do believe they are keeping most of the EU stuff cannon that is pre-original trilogy. hell, a lot of the clone wars stuff is based on that. I need more star wars in my life XD. i Think i might watch Rebels.

They more or less said the EU isn't cannon because it would make making an original movie impossible. But they did say they will use things from the EU like how clone wars used the night sisters.

And really I think we can all live without Jaxx and the Yuuhzan Vong. Just hope Thrawn is in there somewhere.

I think they're keeping the Old Republic canon.

I wish I could say that I am excited. Unfortunately, the issue for me is that I am a big fan of the EU. There are so many great novels already written that could've been adapted into movies (Thrawn Trilogy; Darth Bane Trilogy; Outbound Flight, I, Jedi; the Bounty Hunter Wars books; etc), so I find it unfortunate actually that they are using a new storyline rather than bringing an already established, awesome story to life. I just really hope that all the lore from the EU is kept in-tact with this new movie. I am already cringing a bit seeing that lightsaber with the light hilt-guard thing which I guess could be classified as a "crossguard lightsaber", but that only made like one appearance in a graphic novel I believe.

Everything is included in the overall "canon". There is not a separate "Old Republic canon" and "EU canon". Now some people do start dividing things up in the EU once you get into the New Jedi Order and Legacy of the Force stuff.

Unfortunately, the issue for me is that I am a big fan of the EU. There are so many great novels already written that could've been adapted into movies

That's the issue I had. There's so much shit in the Expanded Universe that simply could have been made into a movie or two, or three, but no they just had to create an entirely new story. Now, in my opinion, the story they're creating looks promising, but at the end of the day, was creating an entirely new story (which in turn rendered much of the Expanded Universe non-canon) really that necessary?

im upset that the clone wars animation isnt canon either. it did a great job of showing anikin's path to the darkside

My answer to that question is categorically "no". I was wondering if they decided to go with a new storyline simply because they didnt want to deal with any additional politics that would come with making a movie based on an EU novel, but I have no idea if that would add any extra hurdles to the process or not.

Dont get me wrong, I hope it is a great movie. As a huge SW supporter, I want it to do well and win me over, but I'm just not very excited about it at the moment.

So I have to be honest here. I have not been keeping up with news about this new movie at all. Based on Weston's post above this is taking place in between Ep3 and 4??? Is this true? I remember years ago hearing that the new movie would be placed after Ep6.

This one takes place after EP. VI. I think the one @Weston was talking about was something different. The link he left was a preview, but it was taken down.

Phew ok. Was about to figuratively jump off a bridge.

Star Wars VII (The Force Awakens) takes place about 30 years after return of the Jedi (so in real time with the actor's aging). VII comes out this year, VIII in 2 years, and IX 2 years after that.

However, in between the main NEW trilogy, there will be stand alone films. so basically, we have a star wars film EVERY year for at LEAST the next 5 years.

it is about how the rebels obtained the Deathstar blueprints that Luke used to blow the damn thing up. 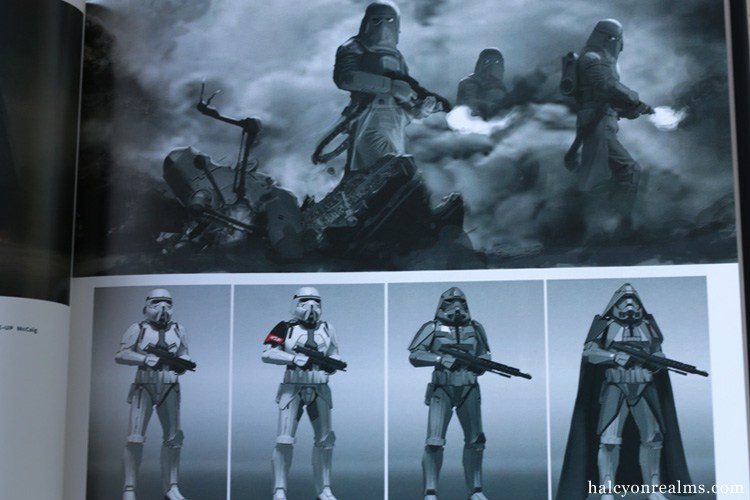 This is a disambiguation page—a navigational aid that lists other pages that might otherwise share the same title. If an article link referred you here, you might want to go back and fix it to point directly to the intended page. Rogue One might refer...

I don't think i can manage to watch the movie for long with the lead actor. He ruins the immersion for me and has no charisma whatsoever. He's like a goofy sidekick more than anything else. I've seen him in Attack the Block and 24, and he just damn lacks any charisma.
It's weird because Star Wars usually knows how to pick charismatic black actors, but this time it failed in that area.
Ah well.

plenty of good books out there :)

Edit: sorry for the necro. This was recommended to me by discourse.