Is anyone else a huge star Wars Fan? i am freaking out right now. I don't even care about Comic Book movies anymore, i just want star wars. and that BB-8 ball droid is a legit practical droid. not CG. i love it.

FUUUUUUUUCK YES! I'll actually deal with a theater full of people for the first time in nearly a decade to see this opening night lol.

I'm a huge SW nerd. Rather than bring this thread down with negativity, I'll be excited for you guys who are excited!

That is starforged armour that Sith is wearing....

All i know, is BB-8 is badass. and he is a real life PRACTICAL droid. if this movie was done by anyone else, he would have been CGI.

I have no clue who Luke is talking to.... but i can't wait to find out. also, that is not Tatooine! it is a new dessert planet called Jakku (been out of the EU a long time. not sure if it is mentioned in any EU comics).

i am just psyched. and that chrome trooper T_T

I just watched the leaked BAtman v Superman trailer (should be legit out on monday) and all i can say is that i don't care about anymore comic movies.... Star Wars is all i want.

Same here!!! And I must say that wearing Stormtrooper armour is a very hot and sweaty business! ;O)
I'm on the left talking to my Dad! :O) 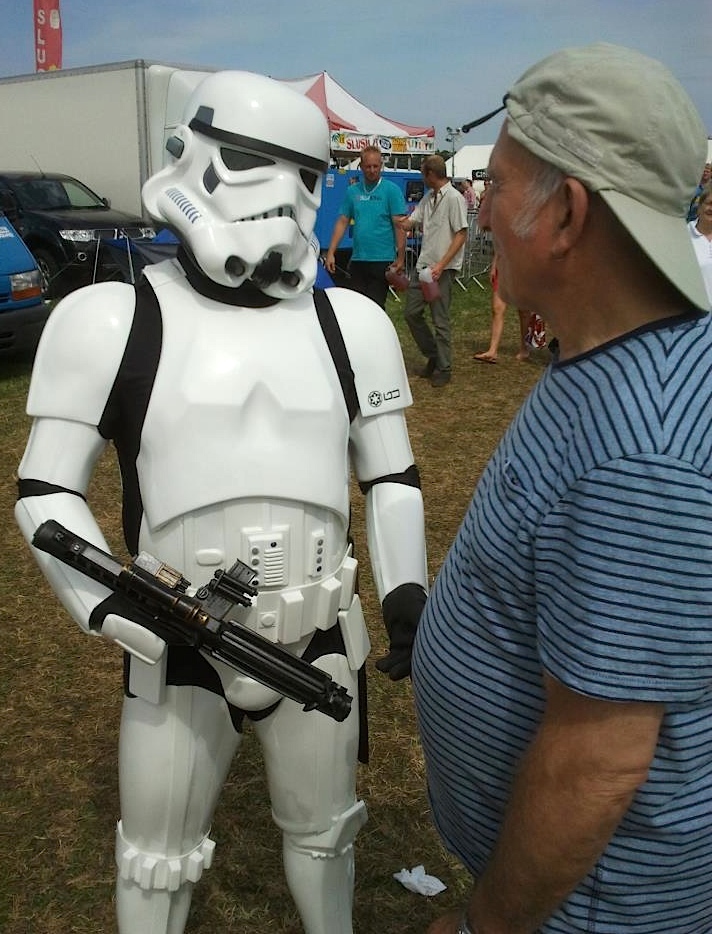 member of the 501st?!?!
I was talking to a friend. have you considered employing some kind of cooling system. perhaps a small 30mm fan as intake at the back left. with a foam partition in the middle back of your head, then another 30mm fan to the right exhausting. this would keep a constant flow of air from the back left, around your face, and then out the back right. 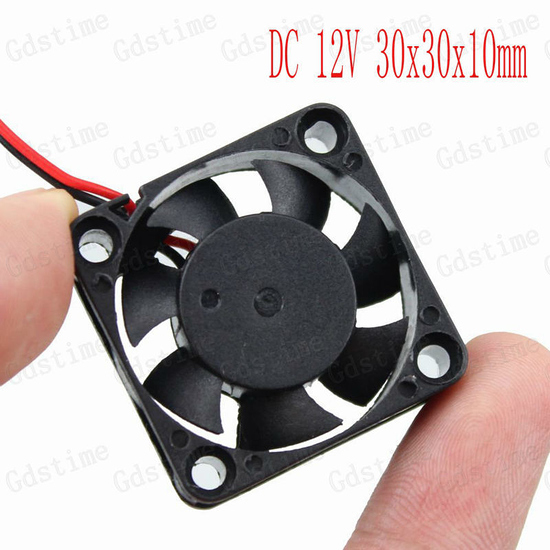 Yes I am! Mind you, I've not trooped in a few years. The fans you speak of would be of great help. Perhaps in the future, should I do more troops, I'll put a fan system inside the helmet. It gets bloody hot in there! On the last troop I did, I came over feeling a 'little' feint and had to take a break. I drank a whole pint of water in one go!

i saw some Mandalorian Mercs who use fans assisted helmet cooling, as well as a mic/speaker system for talking.

like last year or the year before for Free Comic Book Day, it fell on May 4th (may the 4th be with you lol) and there were troopers and Tusken Raiders standing out in the heat... crazy guys lol.

I have watched the new teaser 30 times today. and got a 97% on a cisco test in between viewings XD

I have watched the new teaser 30 times today. and got a 97% on a cisco test in between viewings XD

I will admit I had my doubts and declared my lack of enthusiasm for EP7 openly but damn have they done a good job of winning me round. Glad they largely stuck to their no CGI where possible.

I am still going to be really annoyed that I cannot enjoy this movie, cinema speed sucks and blows. Action will be choppy and jarring. Which is a shame with all the effort they are putting in. I hope the is a High Framerate version.

doubt it. the panavision 35mm cameras ARE capable of 50fps, but they will be using some IMAX 70mm cameras. not sure those babies can do more than 24fps. you can always gulp turn on interpolation on your tv when the blu-ray comes out (aka, smooth motion, tru-motion, clear motion, etc.)

I'm just glad that they cut down on some of the cgi.

hell yeah. as much as they could do practical.. they did. hell, even that explosion Rey and Fin are runing from was practical, not CGI. and of course.. BB-8 :P

however, there will be at least 1 CGI character. the little alien handing off the lightsaber.

Chewy's face (mouth mostly) seemed to be cgi as well, but yea sorta understand doing that, gives the him more character.

Chewbacca has no CGI. that is animatronics.

Thought i would leave this here. it is the crowd view of the initial reveal at Celebration. if this doesn't get you Hyped...... you may in fact be dead inside.