I need a new laptop for gaming/Virtual machines/Linux and i have a £2k/$2.5k budget. I dont have a desktop anymore so its a desktop replacement that wont be leaving the house much so it doesnt need to be portable.
I would like an IPS screen preferably but its not entirely essential. I’d appreciate suggestions and personal experiences. Thanks

If it’ll never leave the house then why does it have to be a laptop? you’ll get a lot more performance for your money if you get a new desktop

Believe me i know. I have spent years building my own pcs but my hands have arthritis so i have limited capacity. I can still type ok i just cant put a build together and i cant resist tweaking and a upgrading a system I also have an illness that leaves me stuck in bed for sometimes days on end so a laptop is perfect for that. In my current build i need to move a sata cable but i physically dont have the energy and it isnt worth the damage to my hands.

I have a Lenovo P50, great keyboard, IPS display but not the best, 2 x M2 NVME + a 2.5" or 2 x 2.5". They come with Quadro cards so not amazing for gaming but doable. Depends on the game. If you’re about playing the latest and most demanding titles I wouldn’t recommend it but for CSGO, Civ, etc it’s ok. I played Rise of the Tomb Raider on mine with the M2000M and it certain areas had significant fps dips but mostly playable on lower settings. I think they have a replacement model for it. Comes with Xeon option and up to 64 GB RAM, can do ECC memory.

Bought it because I can’t handle crappy keyboards. Think they have a new model replacing it now.

That sounds interesting especially with a quadro card. I will take a look. Thanks a lot

I should mention that I have the 1080p IPS display, there is also a 4k option which might be better.

£2k budget and Linux on a laptop? Station X designs Linux-powered laptops that are the perfect blend of simplicity and power. Built from the ground up to support your favourite Linux distribution - Station X pre-loads our laptops with the distro of your choice, fully built to...

Thanks alot I will check stationX out. Their laptops sound very interesting.

@sonic have you managed to decide on a laptop yet? I’m now looking around for something nearer the £1k mark. Dell UK have a 12% discount on their gaming laptops (Inspiron 15 7000 & Alienware) so I’m tempted by a i7-7700HQ/1050Ti equipped Inspiron. Obsidian PC has also been recommended to me; they are more expensive but offer a wide range of gaming & desktop replacements and even de-lid K series CPU’s on their bigger desktop replacements as part of their standard build process. You should check them out: https://www.obsidian-pc.com/en/ They are Portugal based so it means slightly higher delivery costs but nothing crazy.

I’m going to be that guy and tell you to buy a macbook pro until razer comes out with their linux laptops. I am a religious linux worshipper and on my mac I have parallels. So so so good.

Buuuuuuuuut eventually razer has some linux based laptops coming out before christmas this year. So, I would keep an eye out on them. I otherwise have no clue what linux oems you have there unless you can buy system76 or something.

System76 are US based, shipping and import taxes make them too expensive. I think we’ve already listed the companies that do custom builds & ship Linux on laptops in the UK/EU;

Scan.co.uk and Novatech.co.uk will allow you to buy a custom laptop without an OS at a lower cost.

Dell have long been pretty good at providing Linux compatibility, but support for stuff like RGB controls etc. is missing from their gaming lines.

So, plenty of choice without buying a boring macbook that can’t be easily upgraded or mucked about with

I was looking up laptops myself since I feel like it may just be best to go back to my roots since tablet PCs are expensive af for good ones.

I figured that with the new Polaris drivers on Linux that this laptop might be a good choice, even though performance wise doesn’t match NVidia’s laptop offerings. 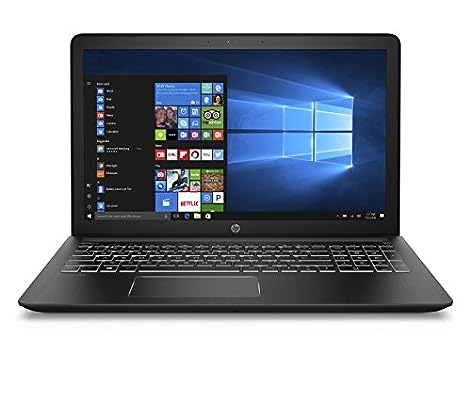 Driven by the latest technology and a massive amount of storage, the Pavilion Power laptop is your go-to Launchpad for creating by day and kicking into high gear by night.

I heard this laptop runs perfectly well on Linux, not entirely sure if this is true. This laptop definitely attracts me, at least I can have enough GPU power as well, unlike with Intel HD 4400. And I can do VM with hardware passthrough on it I bet if all is well.

This one might not be a good choice if you want more GPU performance. Plus I have to buy an SSD for this machine (I mean I don’t NEED an SSD but it’s nice to have blazing fast boot times).

I would suggest an MSI GT80s

I still havent bought a laptop yet. Its been interesting reading all the opinions. I would love to pick up a system76 laptop but the import charges are crazy here. I was considering get one sent to a friend over in the US and let them bring it over for me.
I was trying to find a dual purpose device that could play games and linux and had a decent panel with a refresh rate above 75hz ( i have problems with anything below 75hz - motion sickness) My wifes advice was buy a razer or a macbook because they are pretty!!

@Sonic I went ahead and ordered a new model Dell inspiron 15 gaming 7577. It’s not too ‘gamer’ for my tastes and shouldn’t draw too many odd looks in an office… The Linux laptops from the companies listed above either didn’t fit my needs or were just too expensive.

Unfortunately the only screen options are 1080P IPS and 4K, both at 60Hz and the GPU is probably too weak for your needs as well - although it does have ThunderBolt 3 so expanding in future with an eGPU will hopefully be possible. I will post back once I have it and have had a chance to muck about with it. I’ll probably try it with Ubuntu Mate 17.10 when it gets released in October, but will probably end up using it with Win 10 Pro & Hyper-V.

My main issue with DELL/HP/Lewnovo is that they make them so they are easy to expand or repair but the BIOS/UEFI are usually pretty locked down. I expect the new 7577 I have ordered will be the same, we’ll see…

I’m planning on ordering that Dell as well soon, tell me how it’s the new hardware, screen and the battery k? I’ve read they reduced the capacity of the battery in this 2017 refresh

For OP, I’d buy a Dell XPS15, not sure if you can get one with that budget on UK, but I’m sure it’s doable.

I’m planning on ordering that Dell as well soon, tell me how it’s the new hardware, screen and the battery k? I’ve read they reduced the capacity of the battery in this 2017 refresh

Will do, in the UK I could have got the old one with a slightly bigger SSD for about £60 less but the TN screen and lack of ThunderBolt3 made it worth paying the extra for the new one. It’s a shame the battery is smaller, all reviews praised the older models battery-life. But to be honest it is rare for me to work disconnected for more than 4 hours at a time and gaming will nearly always be plugged in.

I don’t understand the love for DELL and HP on this forum. I never really liked dells, their design is very plain and boring. HP laptops are the worst imo. I have a friend who repairs laptops and he says HP always has some small wire/cable connecting the top and bottom halfs of a laptop and it’s very easy to snap it when you are opening it up. I had my hands on many HP laptops and never liked any of them.

My father bought a HP laptop with Vista that has only 1GB of RAM. I mean who does this shit?

@Sonic look here is a laptop with decent specs and backlit keyboard that doesn’t break the bank. only downside is it doesn’t have optical drive.