This is already built, I just hope that this build will inspire someone else to think about the Pentium G3258, rather than scoffing on it. The build and parts list is rather strange because many are parts I pulled out of other rigs. It runs extremely well, though I am still tuning the OC. Currently have it up to [email protected] with temps running to about 70C, not bad. 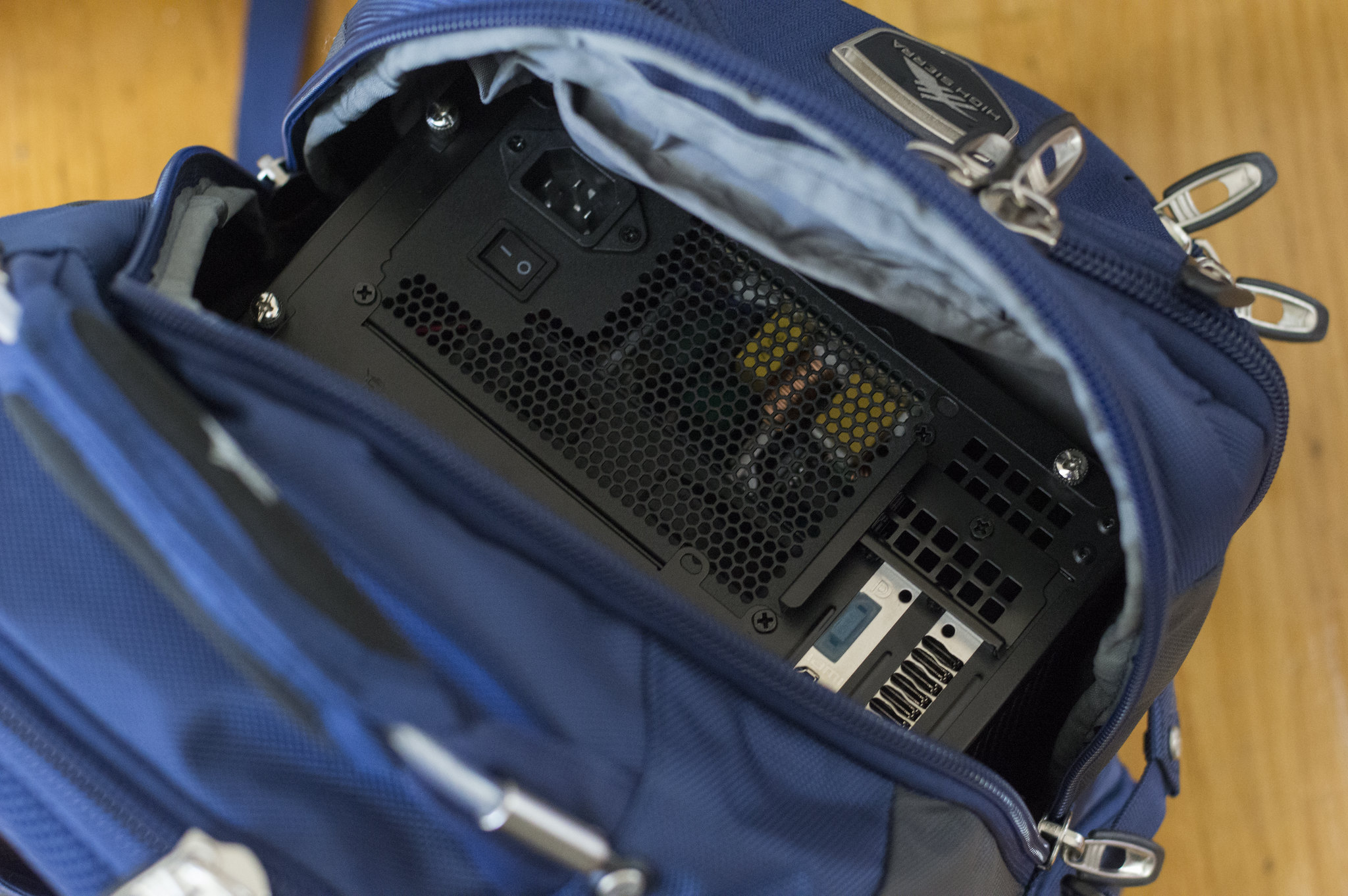 Fits in a freaking backpack, I just biked the thing 4 miles to a friend's house for a LAN party. All I had to borrow was a keyboard and a monitor. 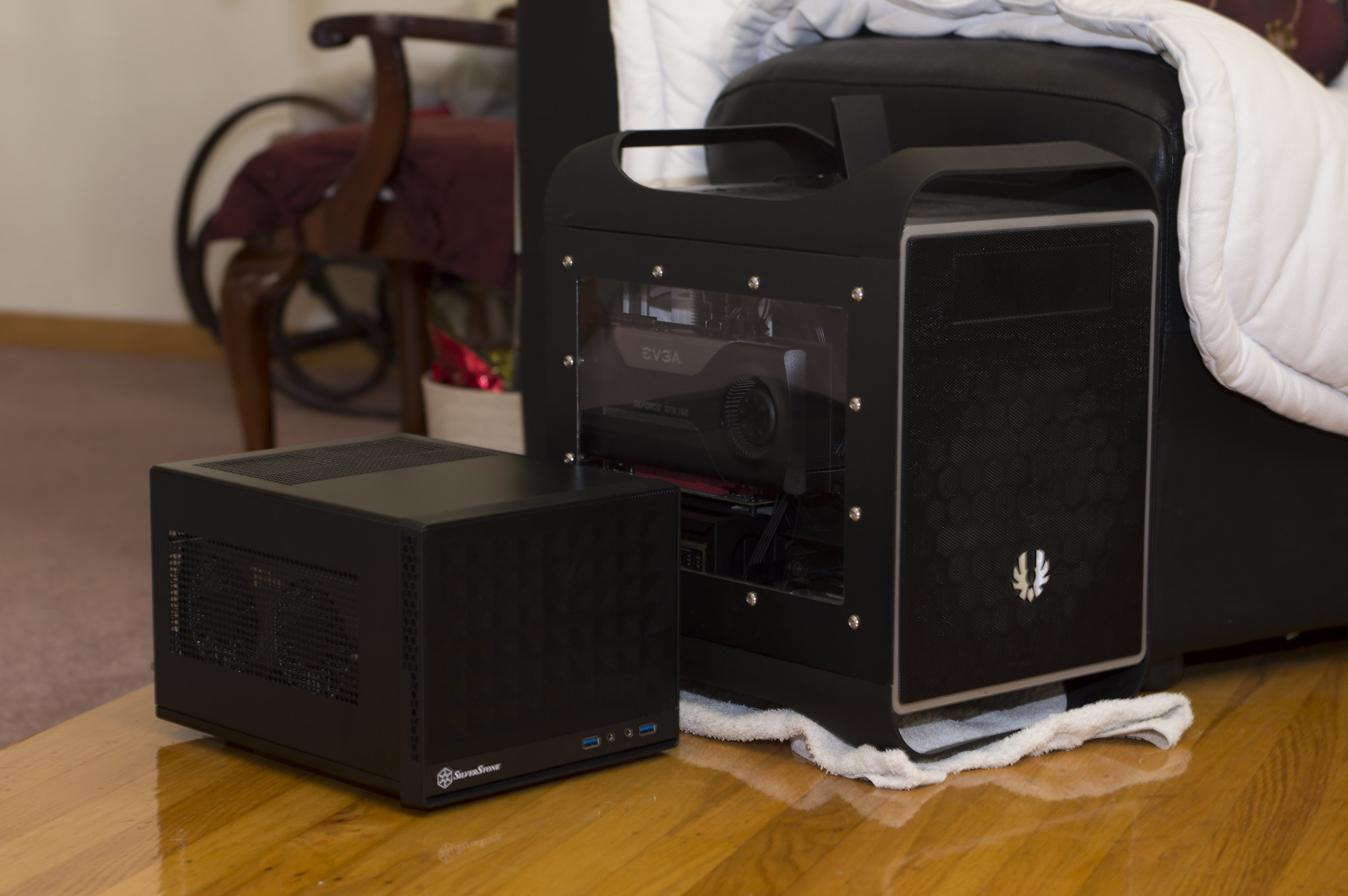 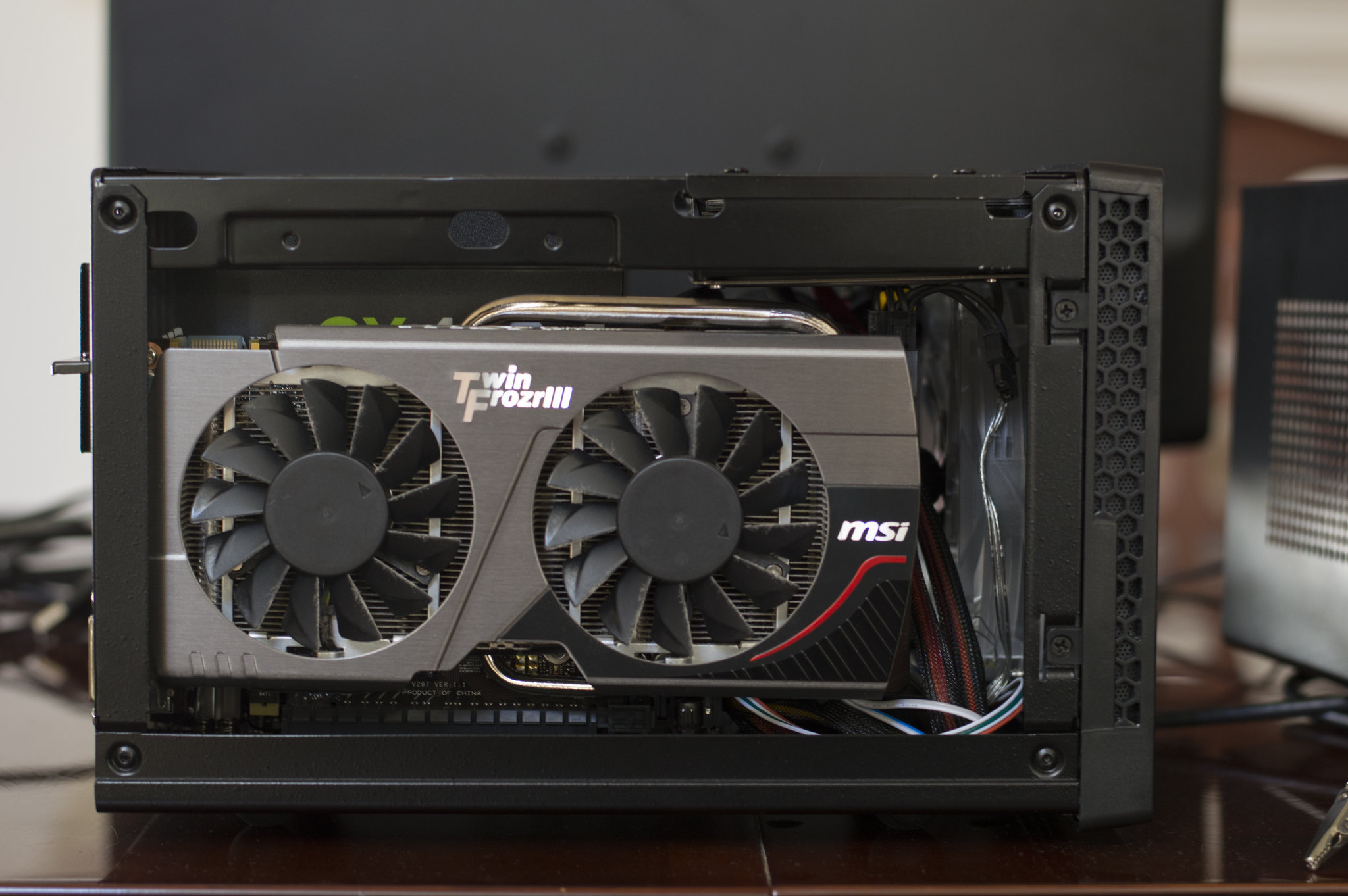 GPU side, not much space left. 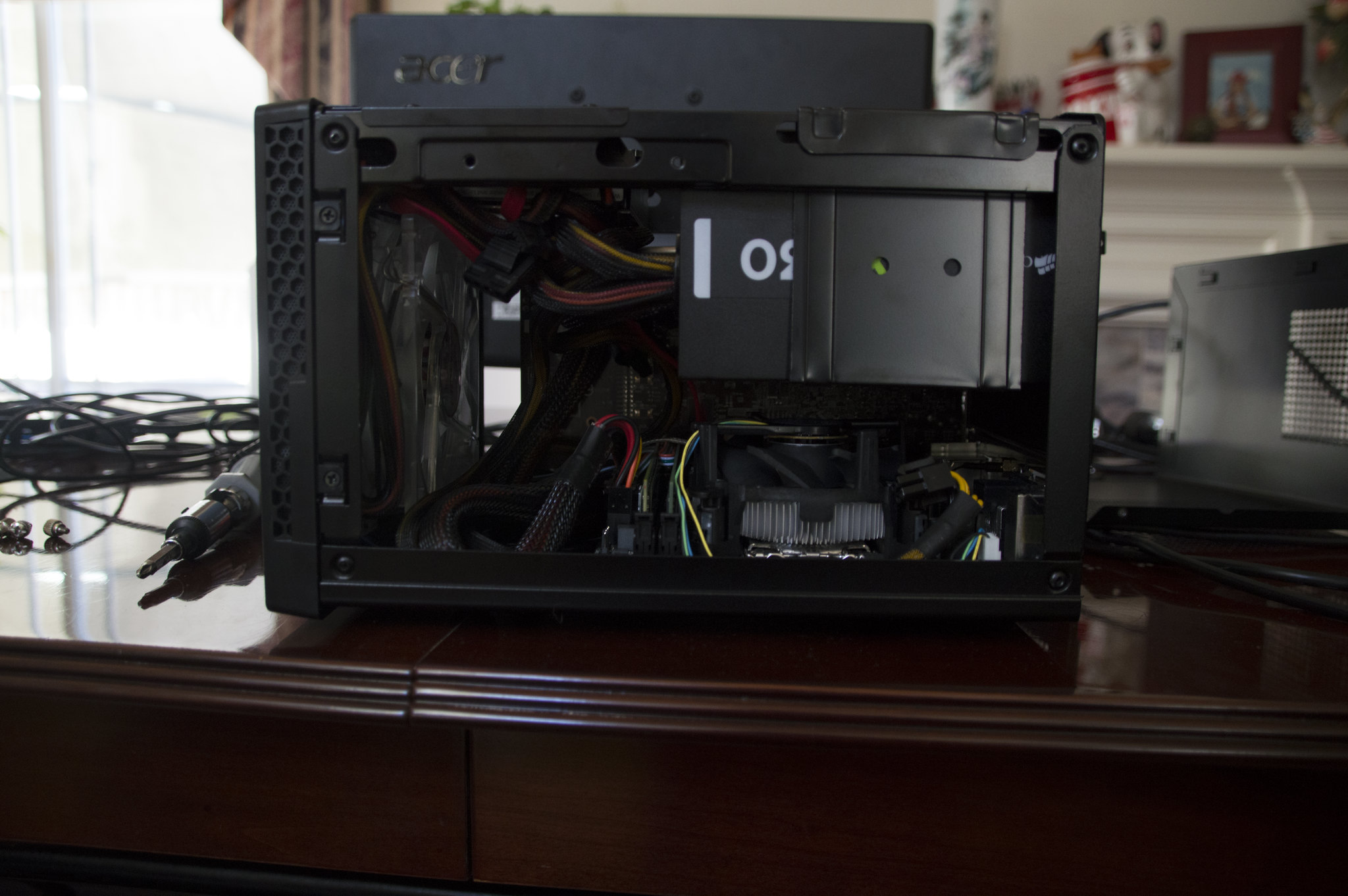 CPU side, not much space left. 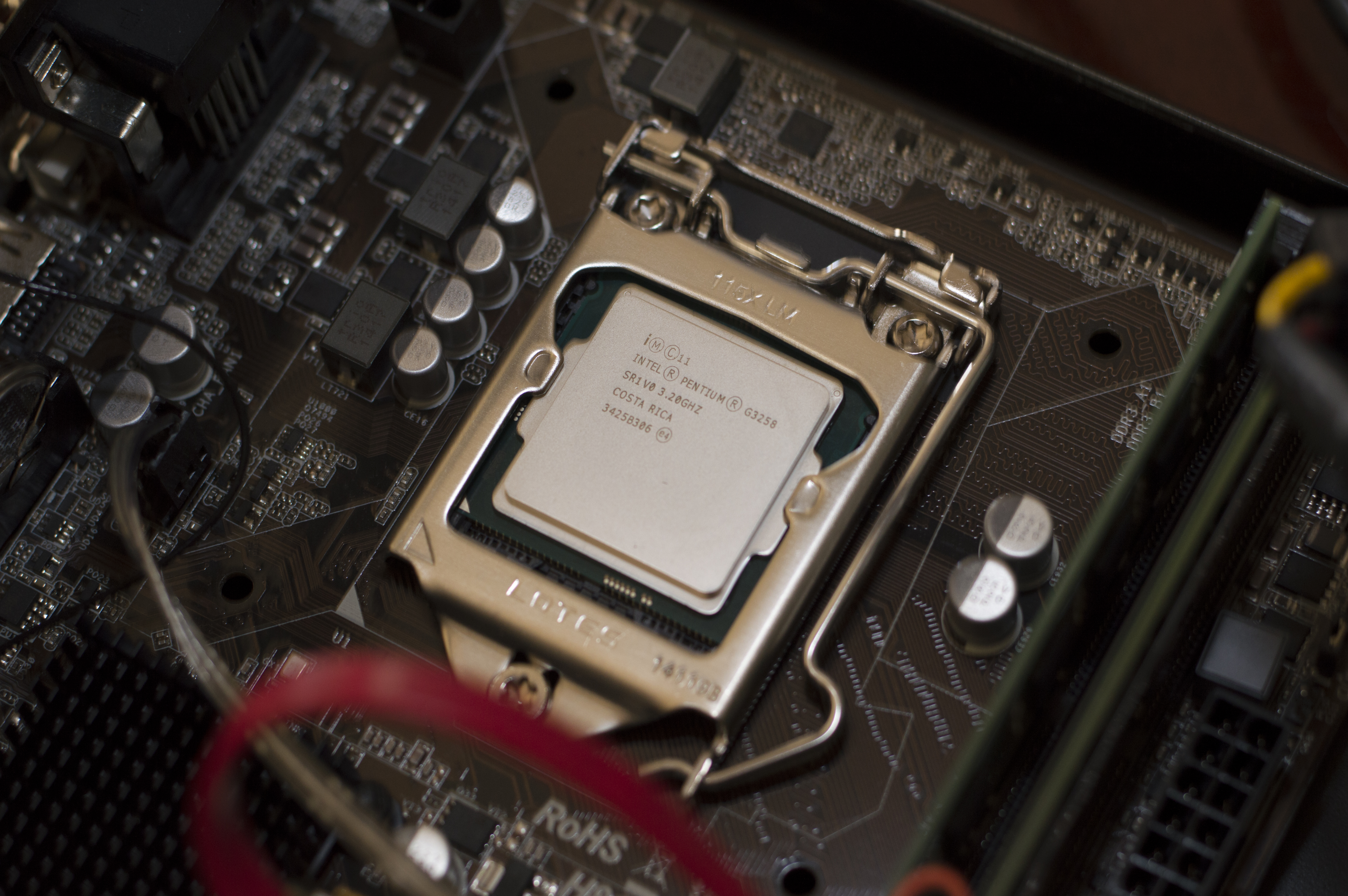 Very cool. What OS do you use?

Very cool build.
I moved your topic to build logs.

@Freaksmacker It's currently running Windows 8.1 Pro N, might go to Windows 10. I'm not much of a Linux guy.

@MisteryAngel Thanks, sorry about that.

No problem at all. ☺

Just curious? I was toying with the idea of putting vista on my 3258 and was looking for a frame of reference. Sweet compact build you have.

Is there a reason behind the Vista? I don't hate or love Vista, my first build was Vista Ultimate, but at this point it just doesn't seem worth it.

Of course, if you have a key laying around, it might be funny to do it for the hell of it. Man I miss Vista, it had one of the better UI setups, at least to me.

I think it's time for a laptop at that point.

It cost me way less than a laptop, and has way better performance. :D I do have a laptop though, that has a better CPU, but only an iGPU, so this was my way of making up for that.

A little bit of an update, I guess. 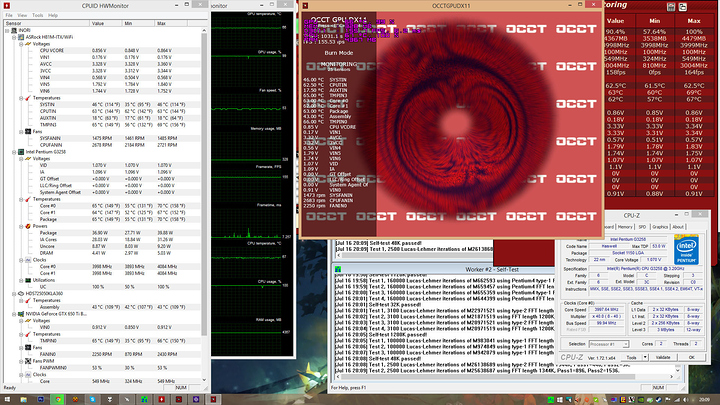 I think that's pretty damn good. Surprisingly, I can still work on things even while stress testing. It does not feel like a 2 core at all, nor a Pentium.

This is an awesome build, I love seeing small form factor, especially when there LAN party rigs. Very cool!

@thelonewanderer Thanks for reminding me about Cinebench, I realized how silly Unigine is as a CPU benchmark.

Here are the benchmark thingies. 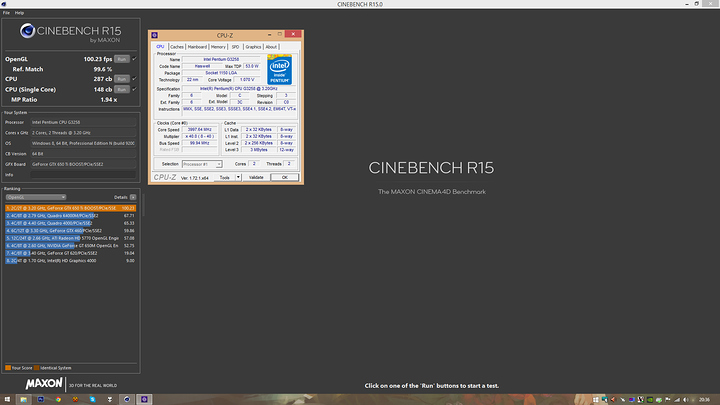 For some reason, with Intel SpeedStep off, the clock speed is not displayed properly. But it makes the rig more stable, so I have to have it off. Clock speed is in CPU-Z. 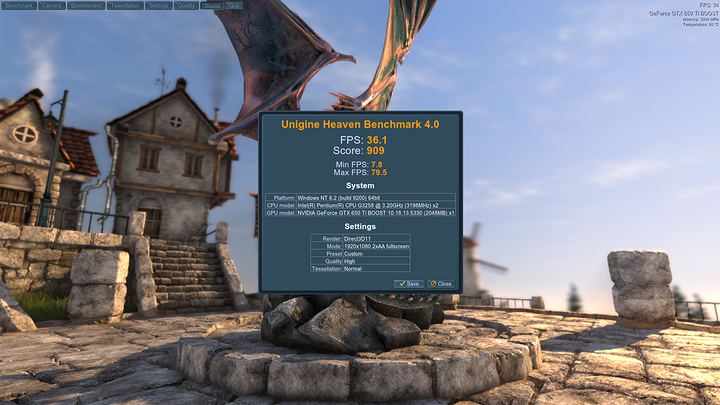 Nah, I only really fiddled with the CPU voltage, and multiplier. I did something with the PLL (or whatever) and something else. Other than that not much else was messed with. I also disabled Intel SpeedStep and C1E, for some reason that was causing me a lot of stability issues. I may do more tweaking later on after I do more reasearch, I'm fairly new to OCing after all, AMD OCing never seemed to have as many settings. Or I just sucked at navigating those mobos.

It seems to be the max overclock I am willing to go to, I'm being really careful with my temps (max I'll allow is 70C) because of how confined the case is, don't want something that isn't monitored to go kaput.

Bumping the cache voltage, system voltage can help you get a more stable overclock on a lower vcore voltage.
Don't bump them by more than .1 though unless you know what you're doing.

Well, we all know how useless synthetic benchmarks are, so why not some gaming benchmarks?

First up, Battlefield 4, some reason I've been playing this a lot recently, so why not?

Held a fairly consistent 65 FPS which is what I capped it at (the game honestly feels the best at 65 FPS, input lag be gone!). A few drops when things got hairy. 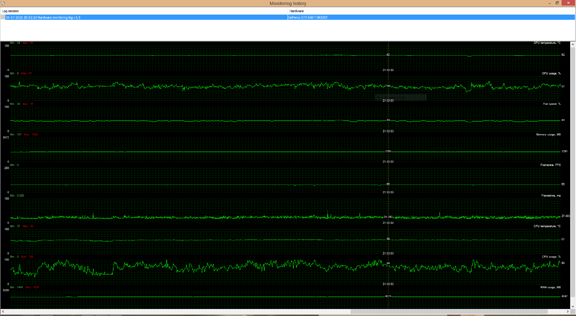 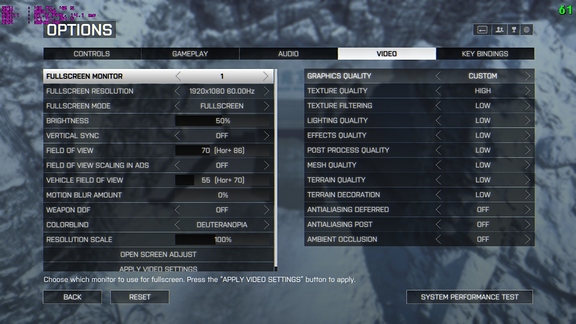 Second up, Counter Strike: Global Offensive, another game I play fairly often. Probably the kind of game this rig would be built for, a decent CPU and an okay GPU for a e-sport thing. This was the kind of thing that this rig was build for. 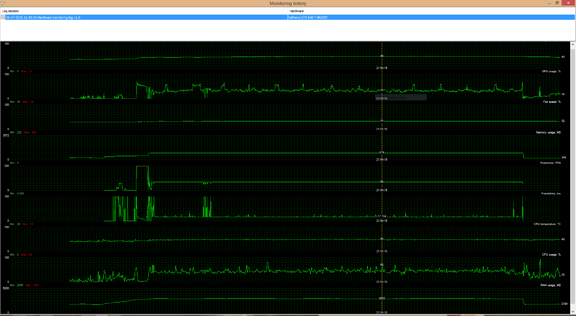 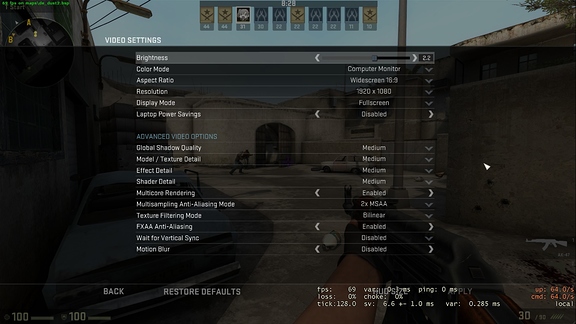 Next up is Planetside 2, I have no clue how people play this game anymore, but I used to play it a ton. It is utter cancer to play now unless you have some super computer, but I thought this would be a good representation of a game that is old and poorly optimized.

All over the freaking place, microstutter for days. Part of this is the rig's fault, the CPU isn't exactly powerful enough to track so many objects at once, but seriously, the microstutter. My FX-8320 and 650Ti boost used to play this game without much of a sweat, sad seeing this game fall like this and the devs having no true direction. 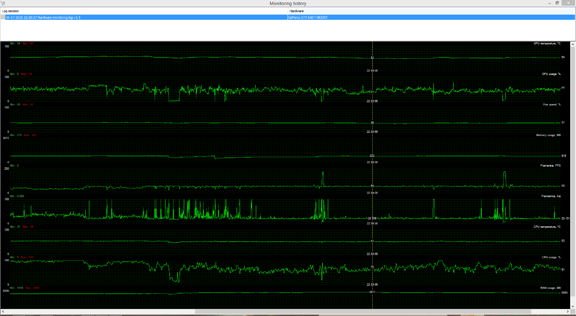 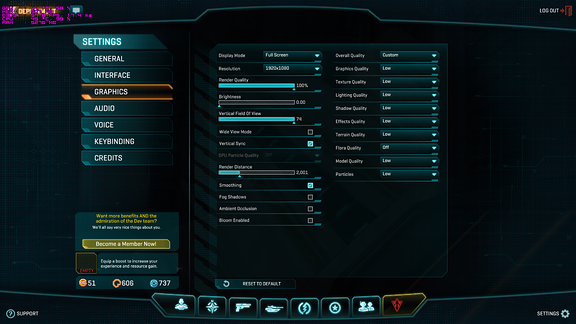 And finally... Skyrim! Unmodded, minus like two things for a little better performance, whatever they are I forgot what they are. Kek.

I had it capped at 70 FPS, and it held that without any issues, even in combat with fire and stuff.

I sort of roamed around for a few minutes,and fought stuff. 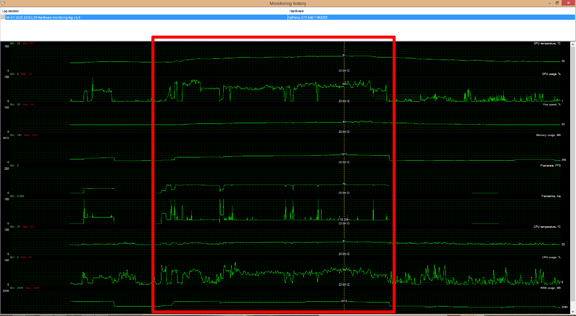 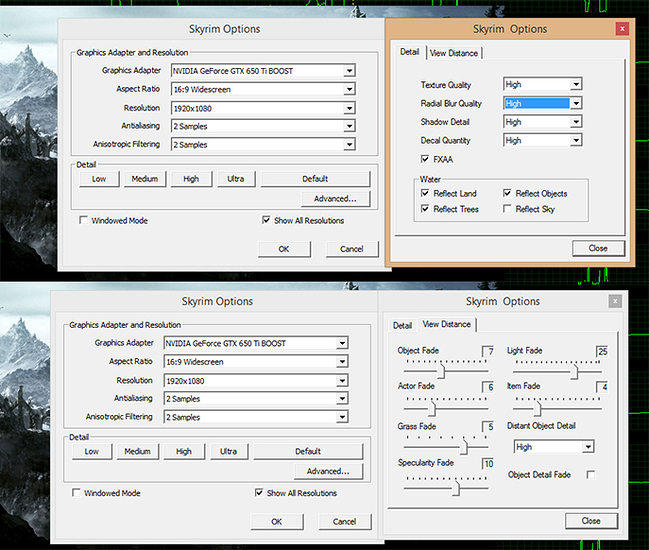 All in all, I'm fairly impressed with the CPU in gaming. I pretty much had no bottlenecks, and when I did, it was due to the insane amount of things happening. While this isn't an insane test that people tend to do, like maxing everything and letting it rip itself apart, it's a fairly reasonable one. I setup the games the way I want them to be played, at settings that make sense and look fairly decent, then letting the game do its thing.

I do have a few other games that I might put through their paces, like Borderlands 2, ARMA 2 and whatever else is in my tiny game list.

If you want frametimes, look at the graph, it's easier to talk about FPS numbers.

I'm not confident enough yet, I will look into it though.

A really good safe margin for haswell when it comes to voltages is don't go above 1.25 on vcore, cache and the likes.
Keep temps under 80c.
And don't push CPU input voltage too high.
CPU input voltage is the voltage the motherboard's power delivery aka VRMs feed the CPU, the CPU then takes that voltage and regulates it down to whatever it needs.
Increasing CPU input voltage when overclocking helps with stability, the built in FIVR (Fully Integrated Voltage Regulator) runs more efficient at a slightly higher voltage because the socket and regs don't have to move as much current, and they get a higher voltage set off from the final vcore voltage which helps with reducing ripple.

Though curios, do you use the stock thermal paste that came with the intel cooler?