Net neutrality is now in effect, have you noticed a difference?

Its been a week since the FCC's net neutrality rules went into effect. My question to the teksyndicate community has anyone noticed a difference? For example are your download speeds more consistent? Do your torrents download faster? Do you buffer less now when using netflix, youtube, & twitch etc?

Net Neutrality was always in effect. The internet begun that way and was always that way. The whole fuss was that FCC and the providers wanted to dismantle it with their attempts in the last two years.

Yes, the principals of Net Neutrality was always in effect, but that didn't always stop ISPs from slowing traffic. Remember when comcast speeds shot up virtually overnight when netflix paid them a bunch of money? Now that Net Neutrality is actually enforceable I was just wondering if the threat of being fined has motivated ISPs to stop their shenanigans.

For that you will have to wait until the next contract deals with these sites and see if the ISPs will be able to pull that again.

I know for a fact I have been throttled before by TW because it happens every night at 8pm on the dot, a hour before I can get my full 20mb but at 8pm it drops to 8-10mb and stays there till about 1am where it magically goes back to 20mb. I just schedule down loads to take place after 1am and everything is fine, but I haven't checked lately to see if they are still doing it....but I will. ;)

I have noticed these though.

Verizon ordered to finish fiber build that it promi...

NYC says Verizon failed to extend FiOS to all households.

AT&T, T-Mobile, and Verizon still throttle when their networks are congested. 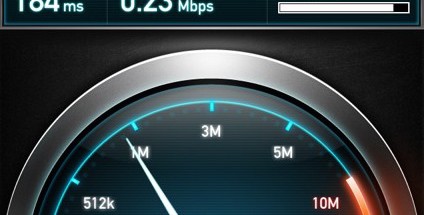 I noticed las night on a TW TV commercial they are saying "No Data Caps". Is this a new addition to that commercial? Or was it always there?

Not really. The fastes we get is 12 megabits a second and it's been that way since we upgraded in May from 7. I don't notice the difference. 900kbs per second vs roughly 1250 didn't do much.

but i know att still throttles connections to youtube
we have att(fibre for companies) and comcast(normal consumer package) in my office; guess what I can pull some videos ok on fibre 10Gig but sometimes its too slow... but on 25Mb comcast connection it loads them all fine.

I have to say my speeds have been a lot more consistent since last week in my area, I still have the comcastic reliability however. Whether that has anything to do with Net Neutrality is anyone's guess but speeds stays pretty high all day now.

I wouldnt know because the jackwipe construction workers next door too a backhoe to my cable box and now out internet and cable is out until an undisclosed time. Have to do this at work now. gg wp