Net Neutrality- Ajit Pai has been appointed to the FCC!

Well... here it is! Humtpy Trumpty has appointed a raging, semi-imbecilic, corporate capitalist croney to the FCC. Hell, even the Fortune magazine, the bathroom reading of the plutocrats, can see the impending nightmare...

"So you want Youtube on TOP of having access to social media, wel thats an extra $9.99 please"

:-D Are you selling the WWE network? 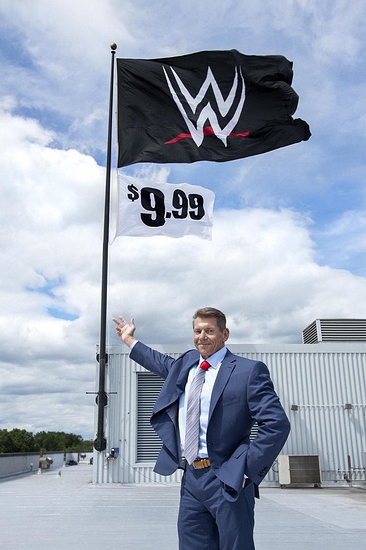 I really hope this does not begin to spread beyond the US....

I know it's terrifying but nothing has happened yet. Right now it's wait and watch. I'll be monitoring the FCC on a daily basis.

I don't know about other countries, but with the competition rules set in place in the European Union, it would be extremely difficult to get rid of net neutrality. Even if it were to happen somehow, the European Court of Justice has a pretty solid error correcting mechanism that would eventually solve it. There are more than enough companies that benefit from net neutrality.

Good luck to Brexiting fools in the UK though :D

Good luck to Brexiting fools in the UK though :D

Imo it is unlikely to happen in the UK because there is competition in the market so people have a choice of provider so there is an inherent disadvantage for ISPs to do it because people will just switch provider. The only issue is if all ISPs did it at once which could happen.

The only issue is if all ISPs did it at once which could happen.

They can't even do that in the EU. They could try, but that would constitute a cartel agreement which would in this case have a negative effect on free trade. Very easy to defeat in court.

Maybe not the EU but we don't know what will happen post Brexit, my country could be against net neutrality but given the current climate I am fairly positive, the Internet in the UK for the most part (minus the snooping stuff) is open, easily accessible, and fairly cheap. it is also really hard to get broadband with a bandwidth cap in the UK. This is why I think it wouldn't happen. At one point low end ISPs had bandwidth caps but big names didn't, so people just moved provider to those without caps and the smaller ISPs followed suit and removed the caps. If a net neutrality ruling passed in the UK I'd bet a fair majority of ISPs (maybe even big names) will not implement it because the market dictates whether it is successful or not and my bet is that consumers would be against it all the way. Yay for competition I guess, I would hate to be stuck in a monopoly.

I don't know about other countries, but with the competition rules set in place in the European Union, it would be extremely difficult to get rid of net neutrality.

It almost happened a couple of years ago but fortunately the Parliament composition was favorable to stopping and updating the original legislation presented by the Commission (Mostly by the center, center right and left parties)...The way European politics are going i can easily imagine a parliament composition that would not be that responsible. The commission has already managed to put a vague window about ¨specialized services¨ on the agreement about roaming charges. If it was not for the Parliament´s rejection that could easily be used to cripple neutrality. It is very easy to do...Everything depends on who will we send in the parliament on the next election (and every other one for that matter).