Neofeudalism and the Digital Manor 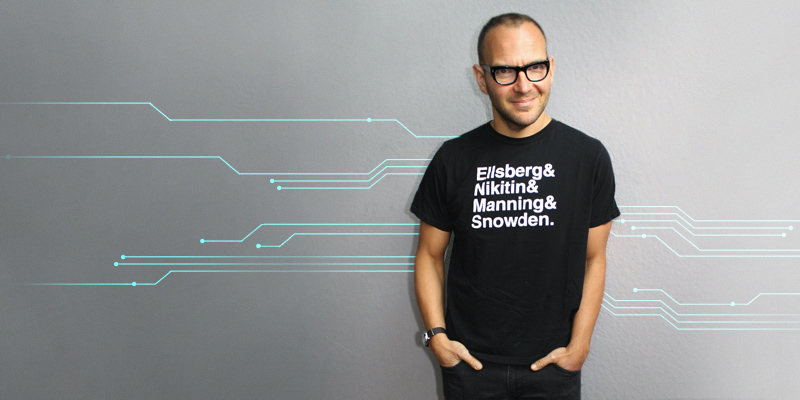 As I write this in mid-November 2020, there’s quite a stir over the new version of Apple’s Mac OS, the operating system that runs on its laptops. For more than a year, Apple has engaged… 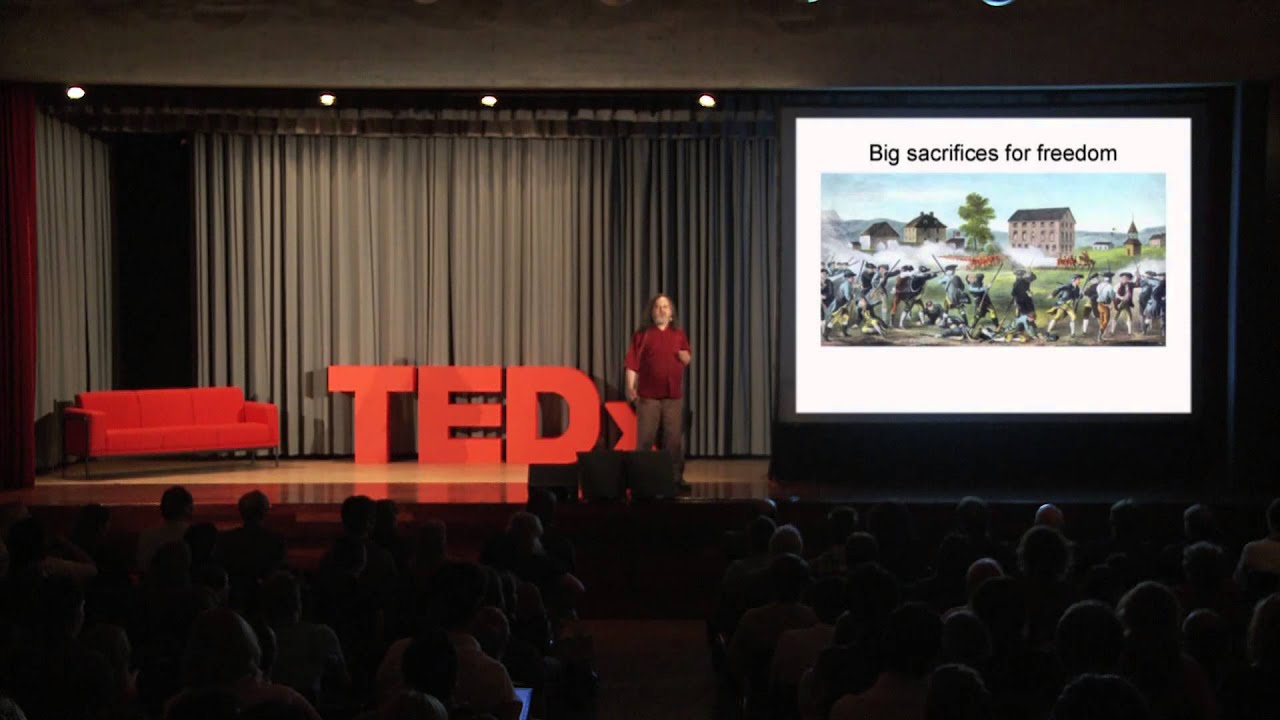 Might be a great idea to use and support more Free Software and get involved in the communities so they don’t get taken over by hostile forces whether ideological, corporate or state sponsored subversion.

Think we saw a number of sane people foolishly just run away from certain organizations when leaders were kicked out by the thought police - not good folks, double plus ungood!

Right now we are seeing the beginning stages of a new feudal system, led by people who “just want to help you”.

The irony that a bunch of college mal-educated “leftists” support the formation of a digital aristocracy is beyond satire or parody.

It’s beyond time someone take some kind of actual government action against big tech. I consider myself a fairly vehement advocate for the government doing and spending as little as possible, but at this point the assets of Twitter, Google, Reddit, Instagram, Facebook, etc. need to be seized and their shareholders and employees need to be DEEPLY investigated for ties to foreign powers.

The first amendment needs to be expanded to be applied to private companies, and as for the second, all gun laws need to be overturned. The right to self defense needs to be expanded, because it’s been so diminished that it’s not even remotely funny.

Right now we are seeing the beginning stages of a new feudal system, led by people who “just want to help you”.

Well, given that the current version of (corporation-corrupted) democracy has clearly failed “the average Joe” in the entire English-speaking West, isn’t it about damned time to try something different?

Personally, I can’t see much difference between being a wage-slave to the current oligarchs, or being a neo-feudal serf to technocrats.

“A change is as good as a holiday!”

Interesting article. Also a pretty good analogy. Thanks for linking it.

Hot take: It has never worked as advertised

Hot take: It has never worked as advertised

Narrator: But it has always worked as intended.

I took care of it.

A note for everyone in the thread

On a personal note, I like the topic in this thread, I’d like to see it continue.

This is pretty much riding the line of “no politics” so we need to be careful about our discussion. So far, I’ve seen nothing I would find in violation of the rule, so I’d like to commend you all for that. I just wanted to drop a note regarding that, to hopefully keep us all mindful.

Might be a great idea to use and support more Free Software and get involved in the communities so they don’t get taken over by hostile forces whether ideological, corporate or state sponsored subversion.

We had a whole lot of outcry as the code of conduct was adopted for the Linux kernel. Same with other large projects. Same with s/master/main/g on github. Etc… I don’t see anything incredibly negative that came from it. (except daily frustration on the master branch rename, god damn, that still gets my goat)

The best way to make a difference is to be the change you want to see in the world. As such, I’ve started tacitly contributing to some projects. Frankly, only 1 of my 5 PRs has been accepted so far, but that’s because I chose a notoriously slow project to contribute to.

I suggest everyone who’s concerned start contributing. If something in the future comes up, you at least have a dog in the fight, as opposed to all those clowns who were raging against Linux for adopting a CoC and haven’t contributed a SLOC. If you don’t, you’ll simply be yelling at the void.

Cyber-neo-feudalism is a very interesting angle.

My naïve, utopian approach to solve this situation would be to ban by law all proprietary software. Cause for this would be: if software is used secretly by large enough entity it can serve as a weapon off mass destruction.

The only exception from that matter would be silicon manufacturing software tools which should be state controlled with the help of manufacturing company just like nuclear power is handled.

Wasn’t the beginning of big tech the change in the antitrust laws in the US? I know the stories from back in the day when companies in the us were about to gain a monopoly were broken up and sanctioned by the antitrust authority. Like when IBM was about to become a monopolist in the PC market and the antitrust filed a lawsuit against them resulting in IBM abstaining from also producing a OS for their PC even though they would have been able too, which in turn gave rise to Microsoft as a company.

Ah yeah, I was so sure I recently heard a talk from Doctorow about the antitrust laws and it’s impact in the world of technology. I can really recommend this video, it’s a good view: 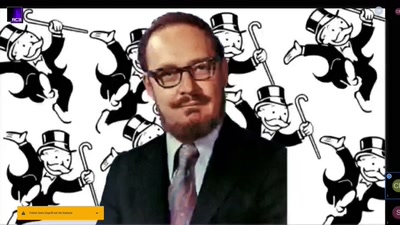 What the cyberoptimists got wrong - and what to do about it

They stole our future. Let's take it back. Here at the end of the world, it's time to take stock. Is technology a force for good? Can it...

Do you have a recommendation that isn’t based on something Marx said, and hasn’t been proven to be the worst system possible, by history?

Because things have demonstrably never been better. Assuming you live in a western country, you are 99.99999999% likely to be several orders of magnitude wealthier than literally ANY of your ancestors.

Simply by possessing a smart phone, or merely having unrestricted internet access, you are infinitely wealthy that all of your ancestors. You have access to the entirety of human knowledge and your prospects are equally better.

You have access to the entirety of human knowledge and your prospects are equally better.

It’s amusing because you are joking, but when you consider the lengths royalty would go to, in order to amuse themselves in olden times, it becomes funnier.

We are literally wealthier than all of them, in almost every measurable aspect. Prospects, entertainment, diet, raw understanding of the world around us.

The only real caveat is concubines and such. Maybe prostitution was more common, so they could get laid easier than I can.

So many things to learn about, with all kinds of information right there to use. \o/

“The man who does not read good books has no advantage over the man who can’t read them.”
– Mark Twain

I find the number of people who do not read, and have no interest in it, even audiobooks, disturbing.

I can’t get enough of audiobooks.

Because things have demonstrably never been better. Assuming you live in a western country, you are 99.99999999% likely to be several orders of magnitude wealthier than literally ANY of your ancestors.

The core of your argument seems to revolve around the ‘amount of stuff’ that people have. Whilst it is true that Westerners have been conditioned into living materialistic lifestyles — valuing and hoarding ‘stuff’ — materialism has been proven time and time again not to be a source of genuine happiness. So “demonstrably better” is only true if you cherry-pick your metric.

People from poorer nations are often happier than people from richer ones. Happiness is mainly a function of inequality — the less unequal a culture is, the happier its members tend to be. The research supporting that view is overwhelming.

I believe that happiness is a far better metric for defining success (and failure) of an ideology than wealth is (or could ever be).

So rather than be bound by decades/centuries of biased and simplistic black/white ideology, I think it’s time people started unlearning what they think they know about ‘successful societies’ and start, instead, making changes and testing theories.

Nation states are an archaic construct. I think we can do better. If the species wants any hope of long-term survival, I think we need to do better.

To be clear: I do not see a culture programmed and controlled by Google/Facebook as being likely to be any more (or less) successful that the current one. Studies already show that heavy social media users are amongst the unhappiest members of society. It is not, however, the technology itself that is the problem — it is the obscene amount of influence that wielding that technology grants to select individuals that I think is the problem. If corporations were not allowed to become as large as Google/Facebook, then their CEOs wouldn’t have the influence they do, and I doubt we would be having this conversation.

It is not, however, the technology itself that is the problem — it is the obscene amount of influence that wielding that technology grants to select individuals that I think is the problem.

This is exactly right. Take youtube “celebrities” for example. One video and they’ve set their 10-30 million followers in an uproar about something.

Can definitely recommend others to give this talk by Cory a look.