So my dad needs a new router because this one keeps dropping clients and it's getting really annoying.

There'll be 5 wireless security cameras streaming constantly (of which 3 in HD) about 4 phones, 3 tablets, 2 laptops, 3 computers (wired), 2 smart tv's (wired), 2 printers(wireless and wired) and about 8 misc devices (wired) on the network... (total of +- 28 devices)

The main focus is on WiFi and stability

please show me some and why that is a great choice

Something like the Netgear Nighthawk X6, which has 3 radios. Two 5GHz and one 2,4GHz. I have not done something like this before, but it seems you should assign each radio with its own SSID, then use the 5GHz radios for devices that need high bandwidth and the 2,4GHz for devices that need good range. That way you avoid the problem of one radio potentially being stuck with servicing all the wifi devices all at once. Then I'd use the old router as a switch (disable DHCP) for the remaining wired devices that excess what the X6 can hold. You can even use the old router as a wireless access point.

This is if all the devices are in a small space. If have a large space, like a whole house, I'd definitely recommend access points instead of a new router. The old router can handle giving out IP's just fine, it's just the wireless that's halting it. That's what I think at least.

well the router/modem thing is from our provider so i can't reuse that.
The provider'll just put it in bridge mode

But that's a good suggestion. not all devices will be used at once except for the camera's

Ah I see, when that rules out the switch then. Are you sure you have enough wired ports then? Anyway, a swtich is not expensive at all. If they are not moving a lot of files over LAN then a 10/100 T-Base switch will be sufficient, but then again a gigabit switch is not that expensive either, if you only require a small one with 3-4 ports extra than what is on the router itself.

I read somewhere that a rule of thumb is 10 devices per wireless radio. Now, I've seen others mentioning 15 devices. I think it depends on whether it's g/b/n/ac, etc. devices. If he's not having all devices hooked up at the same time, I think two radios is enough, like on the WRT1900ACS, which is certainly also a very capable router.

About the SSID's, if you decide to use AP's instead because of range issues, you have to use the same SSID for all radios or some devices will only connect in one end of the house while others' at the other end. I bet you know all this.

Yeah the wired ports are no problem, i've got my own server in my room that also serves as a switch and there is a Gigabit switch downstairs at the tv.

All ports are filled but there are enough ;)

I really don't know.. i mean three radios would be nice but all the camera's are on 2.4 and there'll be only one 2.4 radio and two 5ghz, wich is not that great.

But many devices here are on 5 also i think.

Have you considered just buying a cheap router or AP. assigning it to another SSID and another channel, but just putting it right next to the "old" router. Then assign half the devices to that one. It's definitely the cheapest solution and I think it'll work if the old router has just recently not been able to keep up with all the devices. 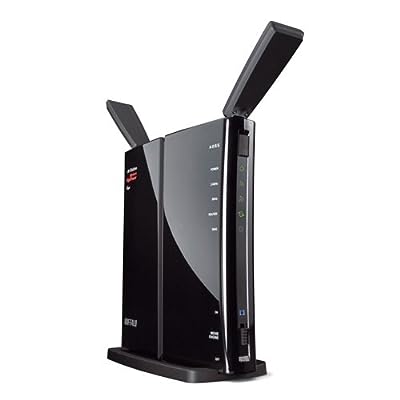 we just want to do it right without hassle.
The camera's arent even connected at all at the moment and its dropping clients.
So we have a nice budget.

I am no hardware expert, I have just heard good things about the nighthawk. I do think more radios=more devices though. Have you considered wiring the cameras, it's the best solution, but it'll cost you the price of cables too of course.

You haven't mentioned why you think the problem is with the router, so replacing it may be a waste of money.

seems pretty self explanatory.
It can't be anything else.
Wired connection is fine.

With wireshark i saw no really weird things except for 2 or 3 devices that are broadcasting asking where the router is on which other devices give the correct ip address but they just keep repeating.
But not so much that is should form any kind of problem.

(making them static devices did not solve the problem either)
So new router it is, also it's a crappy generic cisco of the shelf modem router thing nothing really fancy.

Have you considered wiring the cameras, it's the best solution, but it'll cost you the price of cables too of course.

Yes i myself did think of that but after 15 seconds of thinking i was sure that my dad would never agree to do so haha.
they are also in kind of impossible places to wire. and it'll indeed cost to much.

Posting your troubleshooting before posting would save yourself time.
If you know how to use Wire Shark, then asking for router replacement suggestions seems odd since you're asking for opinions that you have already discounted. Look to reviews. Many online magazines do them including CNET and of course Tek Syndicate which very recently recommended Linksys 1900acs which you seem to doubt.

Trust me i know i need a new router.
Ofcourse I have looked up a lot of articles and opinions and comparisons.

I just dont know what would be a better router
The question is at this moment: netgear nighthawk x6 or the WRT1900ACS