Need some help for a new build

Hey all, I need a little help with choosing a new build. I work in DevOps and have recently moved to a new company - meaning I had to return the Dell 7567 (1050 Ti) laptop that I had frequently used for gaming.

I currently have a (roughly) 9 year old desktop that has been put through its paces :

Ideally I would like something that could be somewhat future-proof with plenty of room for adding upgrades as required.

I run Arch Linux on all systems, so Linux compatibility is a must. I would also be dual-booting Windows 10 for gaming only.

I’m not into streaming, nor very keen on multiplayer gaming, etc., though I do occasionally play AAA titles (Hitman, GTAV (offline), Witcher 3, etc.) so there doesn’t need to be a major focus on gaming with SLI or whatever - but I do want to be able to comfortably play the latest games with some headroom for the future.

Ideally I would also like some serious compute power as I will likely run Kubernetes and containers on the machine, or development from time to time. Again, this doesn’t have to be insane or server grade as I already run a homelab consisting of:

Most of my storage would reside on the NAS, and most testing/development done on the servers but it is likely I would also develop on the suggested desktop.

Taken from the Forum Guidelines:

Where do you live (what country, don’t post specific details), and what currency do you use?
Belfast, UK (GBP)

Is there a retailer you prefer?
Not really

Do you need or already have peripherals? (this can add to costs)
Have 2x Dell P2717H, keyboard, mouse and speakers

What will you be using your Glorious computer for? Gaming? Rendering? Mix of both? Or is this a home media PC or Steam Box?
Gaming and DevOps/development (dual-boot Windows and Linux* primary)

Do you overclock or want to get into overclocking?
No interest

Do you plan on going for custom water-cooling now, or in the future?
The machine should be as silent as possible, so it’s an option but not required

Operating System. Do you need a new one?
Nope

What kind of settings do you like or what FPS do you want to play at?
Ultra settings, 1080, standard 60Hz, 60fps is fine

What kind of games do you like to play?
Divinity, GTAV, Hitman, Witcher 3, Fallout, Wolfenstein, DOOM

Do you render?
No, not really but I have dabbled in video editing and 3D modelling in the past. Who knows what I will do in 3-5 years, but it’s not a priority right now.

In summary, probably something with 32GB, multi-core, reasonable NVMe/SSD, can handle AAA on Ultra easily, that is silent and has plenty of options for expansion.

One build I decided to just use the stock cooler on an 8320E for 6 months to a year then upgrade. 6 months later I bought a Hyper 212 and found out I had to remove the motherboard to install it!
Wish I could help more but frankly you probably forgot more about computers then I will ever know

Do you have any desired form factor or maybe you’ve picked out a case already?

Given your requirements I’m not sure I see the need for 32GB of RAM. If you were doing passthrough I might get it but I think it would be a waste unless you are going to virtualize and failed to mention it. For dual booting 16GB seems fine to me.

This is my recommendation based on what I think you might be interested in. I’m not sure what linux you intend on running so team red might play well with it or might not

Only a kernel update if it doesnt.

You said no overclocking interest but you might consider light overclocking with the R5 2600 as its only 200mhz off the X version and that should be very achievable if not a little more.

The vega56 is pretty good bang for buck. I’m more of an Intel Nvidia guy myself but at its current price point the vega makes more sense.

Personally, I think your requirements shout Ryzen (or Threadripper). Since it doesn’t cost that much, there is nothing wrong with purchasing a 2700X. However, Zen 2 is around the corner and you might want to wait for that.

From a GPU perspective, those Vega 56 have gotten cheaper (as well as Vega 64), so you should take a look at them. Vega VII will probably be to expensive anyway. But, a RX 590 should be able to handle all of the games mentioned above at 1080p - 60fps. You could ditch the 590 later in favour of Navi if you so desire.

@Watercooling: I have a Kraken X62 and can only recommend it. It currently keeps my 2700X at 35° with its Silent Profile. However, it should also be mentioned that air cooling should suffice and is probably less error prone. (AIOs don’t exactly explode after being used for two weeks, but they have more parts and as a result, more can go wrong. I had to replace my first AIO, a beQuiet! Silent Loop 280, due to a manufacturing error.

Form factor isn’t really a concern, although obviously not a mammoth case. No cases in mind just yet - and I’m not really a fan of RGB, etc. so no requirements there.

To be honest, I am likely to use virtualisation (at east for development, or containers) so 32GB would probably suit better than 16GB for testing things that won’t be on the servers.

I’m definitely more of an Nvidia person, I’ve always had more luck with Nvidia proprietary drivers under Linux - I may choose a compatible Nvidia card.

Thanks for the suggestions, I’ll have a look over them.

I can tailor another build in a little while based on those preferences. It really should have been asked in the guidelines.

Thanks that would be great. When are the new Ryzen and Navi hardware due for release, do you know?

Sorry about that, got distracted and forgot all about this thread.

That board will be good for the upgrade to ryzen 3k should you decide you want to go that route.

An intel setup is harder to recommend at your price point and virtualization use.

I use mine for very similar purposes: gaming, multiple VMs, network lab, etc.

Depending on how many VMs and how much RAM you need maybe step up to threadripper, but IMHO unless you’re really pressed for memory the cost upgrade (at least where i am, threadripper 2 CPUs start at over $1k australian alone) - that’s a lot more money to spend on more SSDs instead (e.g., i have 1 TB NVME and 2x 1TB SATA).

And yes, the upgrade path for AM4 looks pretty strong. Not that the 2700x is any slouch, but up to 16 cores in the am4 socket and pcie4 support look to be incoming this year.

If you’re planning to use linux as your host OS vega is great. I’ve got vega 64, but vega 56 will suffice for anything up to 1440p quite happily.

My current build is

Pretty happy overall with it. Linux flies on it. I have 4x lightly loaded Centos VMs running 24/7 on it (plex, a couple of dev boxes) and don’t even know they’re there in general use.

If i was to build again i’d probably have gone for a ASUS Crosshair VII Hero board, but honestly i think at this point, just “insert X470 board of your choice”, or even a B450 would suffice.

OK, thanks for all of the replies.
I have taken the suggestions onboard and worked my way through a custom build.

Your memory isn’t on the QVL. If it was intel i’d say fuck it but for AMD it’s good to adhere to the list. There are other 3200 kits that are on this list i’d suggest grabbing one of those instead. 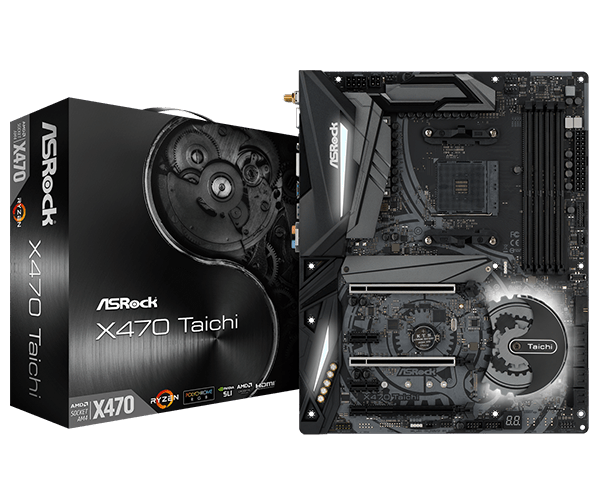 Ah, thanks for that list @SoulFallen . I’ll have a look through it and make any modifications