Currently I have an UNRAID server for my ~24TB storage. I have run out of space on the server and drive slots. It has also been having power issues where even during boot or mins/hrs into use it would randomly restart.

The storage for this is a mess of 4TB and 3TB drives.

I use the storage for PLEX server, my photography, documents. I don’t need to do more but I know I would enjoy having more options later. What I primarily need is to be able to stream 4k or hdr or x265 content easily.

I think I need at least 30TB for near future and more to add later. I was looking at the Synology DS918+ with possibility to add more drives with DX517 later. And get 3 Seagate IronWolf 12TB to use one as redundant in the Synology RAID 5 to be able to add different sized drives after I copy my data from current server.

But I was thinking of maybe using the Synology solely for my family photos and documents. Then have that and all the other data on a dedicated server. Maybe still running UNRAID but I still haven’t had an UNRAID setup that runs for months without issues.

I am in Canada so might not have the best options for buying from Ebay due to shipping. I want to think I can save up about 2-3K in the next couple months for this server decision (most of the budget will just end up going to drives).

Please share your opinions, I feel lost on what to do to have a NAS setup that runs seamlessly for storage and PLEX. I also read that Emby has gotten really good recently, might check that out.

I’ve been running unraid for several years on a couple of servers. My Intel system has been rock solid and I’ve had it the longest. More recently I’ve added an AMD based system for video encoding and to run more VMs on and I did have an initial issue with C states causing lockups but after disabling that in the bios, its been solid ever since. This is of course a known issue with AMD on unraid at the moment with no known fix but not deal breaking for me.

My uptime is generally months long on both systems with the only reasons for interruptions are power outages that go longer than my UPS runtime or a major version upgrade.

It sounds to me that you may be having some sort of hardware issue on your server, I certainly wouldn’t blame unraid unless you have an AMD CPU and have C-states on. It’s been a very stable OS for me. It is based on a very stripped down Linux so there really shouldn’t be much there to cause problems.

In my opinion, the advantage to running something like Unraid or freeNAS over something like a synology is you can use off the shelf components to repair and upgrade your system. If your power supply dies, it’s a simple swap and not a potentially month long outage while you wait for warranty repair as happened over at Gamers Nexus not that long ago.

I agree with you on Synology, they seem to have a great balance of features and price. Pretty sure you can run your Plex server on a beefier Synology nas, as a docker or virtual machine.

QNap is another that seems to have good balance.

My recommendation for raid drive configuration is wide not deep. Get a nas with as many bays as possible and use smaller drives. 12TB is deep and only 3 across is very narrow.

Something else to look at is an older (gen7) proliant server, with 12x lff bays. They’re very cheap on eBay. You can try unraid again, or proxmox, or roll your own with your choice of distro.

Not sure on Canada costs but 4tb NAS drives seem to be a sweet spot price wise (89-100 here in the states). So 10 drives gives you 32tb with two parity drives, or one parity one spare. Add in some Samsung Evo flash drives for cache in the last two bays and you have a nice setup. Figure another 1000 for an old proliant and decent amount of ram.

That is true that the issues I am facing are most likely due to my hardware. I do want to make sure I choose some proper hardware this time since Unraid still seems to be the best option for me. And invest in UPS for this and other hardware.

Edit: Have you been able to get GPU transcoding working properly on your systems?

I plan to do a lot of Bluray rips once I have proper hardware setup. Right now I am running a 3770 in an old Silverstone tower.

Would 5x8TB be good value as it would also allow me to expand easily in the future? I don’t want to limit myself to 32TB when I will most likely be able to fill that up within a couple years.

Also for Unraid I still see people not recommending using the Dual Parity option as it isn’t as secure as the Single Parity. Last time I read that was a year ago, so not sure now. Only recently have I had time to think about my storage.

I don’t know about unraid in general. I’m old school enterprise and still like physical raid hbas. Can’t speak about single or dual parity on unraid, its black box storage driver gives me the creeps. On a raid hba it’s raid 5 or raid 6.

When I built a 400tb system at work, 10tb drives were the best deal GB per dollar, Seagate enterprise storage was cheaper than the Seagate ironwolf pro strangely.

Long story short more spindles is more speed on old school raid, as well as ZFS for example. If you’re stuck with unraid, I think you’re limited to single drive speed once the cache is exhausted, so wide/deep doesn’t matter.

I see. Then going with 10TB sounds good to me. I would like to have a separate server for proper server learning, but for my important data I don’t really want to compromise on ease of use.

Thank you for the suggestion of ZFS but I do not think FreeNAS is for me.

Be wary of buying drives on Amazon, there’s lots of shady dealers selling “refurbished” drives but not disclosing that fact.

You don’t have to run FreeNAS to get ZFS, it’s available for Linux as well, just not included by default because of incompatible licensing. ZFS is expensive to “expand later”, since you can’t just add the odd drive or two as you go. To expand you have to add at least as many drives as you started with. For example if you start with 4x10tb, you need to at at least 4x10tb more to grow from 40 to 80tb raw

I have tried looking through ebay canada. I cannot seem to find any good recent servers with more than 4 3.5’’ bays. Do you have ways to find exactly what you are looking for? The Dell Poweredge and HP Proliant stuff I have found have tons of cores and RAM but not helpful for my current project for storage.

I did a search for HP proliant server lff and filtered for under $600, used, free shipping … Lots of results 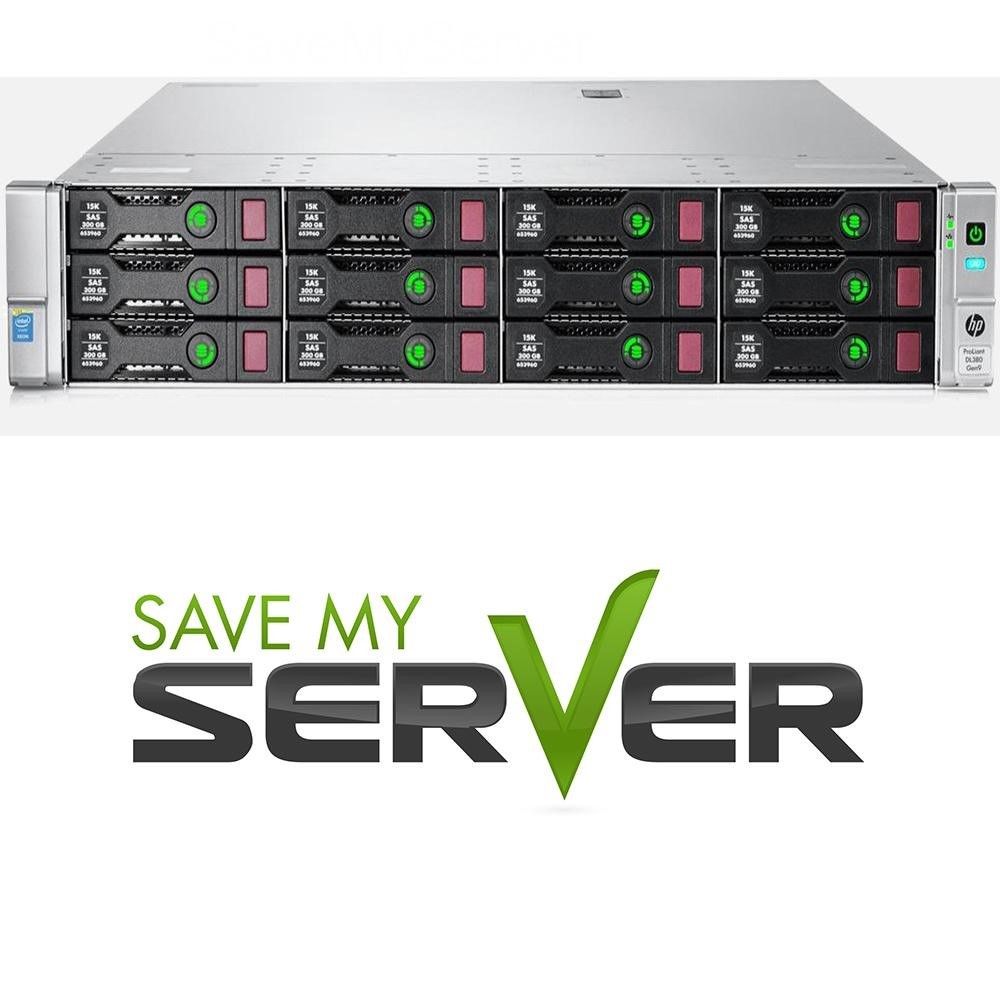 A similar search for Dell poweredge yields good results too.

I have never ordered anything from ebay let alone ebay US.
Was able to find this store that advertised on Ebay: http://www.deltaserverstore.com/hp-p4500-san.html

Not sure if the prices are good though.

Edit:
The listing you provided does not ship to Canada. But I am finding many more options in Ebay US, the price conversion/shipping adds a ton though. Will need to keep looking around if the above link isn’t a good value.

I tried using ebay.ca but it keeps bouncing me back to ebay.com … I’m sure they have datacenters in Canada, someone must be selling decom’d servers in-country.

In the filters, I saw an option for “free international shipping”, could check that?

Unraid is fine, if you keep crashing you have a hardware issue.

Synology is also fine, but very expensive if you want one that can run Plex and transcode. That’s why I have a super cheap Synology, I only use it for file serving and run PMS on an inexpensive linux box with a skylake i5.

QNap is another that seems to have good balance.

Qnap is md/lvm under the hood. Imo, not suitable for anything with more than a few drives. I’ve also had several issues of various sorts with them in the past.

Synology delivers a superior product. AFAIK, they’re the only solution that has replaced gnome tracker with a more robust search backend in Samba/Netatalk.

Synology is also mdadm under the hood. Works fine.

I do prefer Synology to QNAP. You get less for your money but the interface is just… 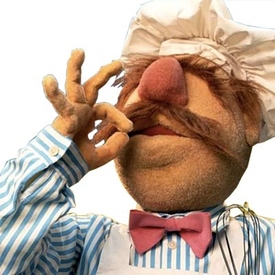 The synology hybrid raid (SHR) is just a clever use of LVM and mdadm, which breaks up your disks into blocks to maximize space usage when your disks aren’t all the same size. You could do it by hand too, but it’s clever how Synology automates it and makes it super easy.

For example, if you have two 6TB disks, 1 4TB disk, and 1 3TB disk, it would break it up into the following devices, and then via LVM concatenate them all into a single volume if you wish.

This gives a 13TB final volume with 1 disk redundancy, compared to stock RAID5 which would only give 9TB of usable space. Since SHR chops it up, it makes better use of disparate sized disks, but it’s all just mdadm and LVM in the backend, so if your device dies you can load them up on any linux box.

Unraid does it almost identically I assume

No, Unraid does its own thing, it has its own proprietary system running on top of disks individually formatted with XFS, basically a JBOD with parity but no striping or mirroring anywhere. That’s why it’s called Unraid, because it isn’t, in fact, RAID!

How is the value for the #3 option?
12 drive slots, hexa-core cpu, 64gb ram, 10gb nic and drive caddies included if no drives selected. Should work well for me to use alongside unraid.

Thinking of getting 2x10tb and using 5 of the 4tb drives I already have. And in the future can add more 10tb as needed. And swap out the 4tb as needed.