Hello, soon i am going to be upgrading my custom built PC to one that’s better fitted for work/data storage. Just a heads up, so far my experience is just building one PC, i have changed a faulty RAM stick once and a HDD once, i’ve never used a non-stock cpu cooler, that’s how far my exp. goes.

I am going to be upgrading my CPU, RAM, MB and getting another SSD. Probably going to need a cpu cooler as well. Going to be switching from my current i5-6500 Intel CPU to an AMD CPU.

So, i have a few questions.

Important applications that i am using:

Currently these are the upgrades i have chosen :

Oh, and also in my current build i have a :

Is the PSU going to be good enough for the new upgrades ?

My budget already covers the cpu+ram+ssd, and i will probably have enough for the cooler + motherboard, however i wish for them to be in the medium price range, i am definitely not looking forward at spending ( edit - whoops forgot ) for example 300 USD for a MB or something expensive like that.

There are several motherboards available for AM4 that supports ECC. 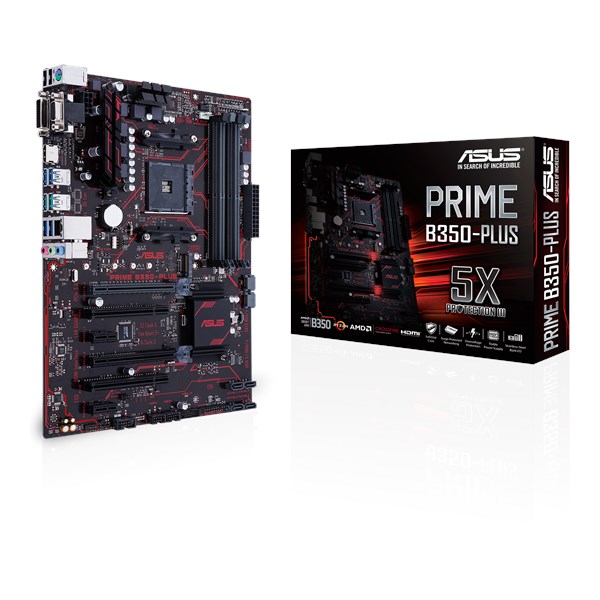 It can take the Ryzen 7 as well as ECC, but unregisteret only - not registered (as in… it takes UDIMMs but not RDIMMs). You can certainly see this in the specs for any RAM sticks.

If ASUS states on their website that it supports ECC it will support ECC. No worries.

With regards to the 1800 vs the 1900, well… One thing I usually point out when teaching Photoshop is that a huge increase in speed matters very little in the end.
When you work in Photoshop then 90% of the time YOU are working in Photoshop, the computer doesn’t do much but sit around and wait for you to finish fiddling around with the brush tool.
The remaining 10% of the time you are waiting for the computer to finish a filter or something - so what happens if you double the performance of the system? You cut 5% of the total time spent in front of the PC.
The same analogy is true for all other software, but the ratios will differ.

It’s also worth pointing out that the 1900X is not AM4. It also consumes significantly more power than the 1800X and in terms of performance they’re more or less identical.

Will you notice any real difference between the two processors? Uhm, no…

If you want a cheap cooler that works perfectly fine get the CM Hyper EVO 212.

The PSU can handle your upgraded system just fine, no problems at all. 620W is plenty, lots of headroom.

Hope that helps in the decision making process!