Need help deciding on a laptop

So basically the choice is between a Surface Pro 4, a Surface Book, and a MacBook Pro Retina 13 inch, all with similar specs (i5, 8gb ram, 256gb SSD).
My use case:
- University related things (note taking, organizing, studying on the train, etc)
- programming (since my major is computer-science)
- light content consumption like movies, youtube, twitch (no games on this machine)

I've tried each of the devices and must say I really enjoy all of them. Each comes with their own unique benefits and caveats, but in my mind neither of these is particularly bad at anything.

For the Surface Pro:
+ super light
+ probably the best for content consumption
+ pen input for notes and so on
+ hidden micro sd-slot
- rather poor battery life in IDEs (IntelliJ, VisualStudio)
- not that great on the lap

I'd really like to hear your opinion on it and maybe personal experience if you own any of these devices, especially the Surface ones. I'm not completely sold on the pen input to be honest. I think it has amazing potential, but I am simply not sure if people actually end up using it actively enough to the point where it pays off.

Which MacBook are we talking? Pro, air, 'MacBook'? If its the plain macbook then just forgot that option. A core M cpu is just not worth your time at the price point of the unit. If its the pro then I would instead look at the Razer Blade.

You can also buy the Blade refurbised from Razer for a ton off -> http://www.razerzone.com/store/refurbished-new-razer-blade

To compare the Surface Line. I like the pro for casual use, but I dislike it for power use. A dual core processor is, meh... I've got an HP Spectre X360 and honestly if I'm going to do any power intensive work, it gets done of the desktop. The Spectre is great for notes, watching videos, powerpoints, excel, and light programming. But if I want to get real heavy duty work done, I come back to the desktop. I want the quad core at my disposal. This is also the problem I see with the Surface Book. Yeah its pretty, has good battery life, and has a cool form factor. But if I want to do anything intensive or a ton of multitasking, I'm not going to be confident that the dual core CPU in the Surface Book could keep up.

Also, on the pen. If you are putting down diagrams into your notes, or illustrations, it is really nice. I bought the $50 pen to use with my Spectre X360 and it is just so useful. I really did not like doing anything math related on my Spectre because it felt so clunky to do it with the keyboard, and the screen is just a finger print magnet that does not look very good when its all smudged up. But the pen just makes it so much easier. I still find myself having to clean the screen, as I think you would with a surface as well, but its not nearly as bad.

I would either go with the macbook pro 13 inch, or microcenter has a special deal on the dell xps 15 which has kick ass specs for 1650.

In any case, I would not touch a surface anything with a 10 foot pole.

The surface book is dumb in general, and the surface pro 4 is about the same weight and size as a dell xps 13.

So what the hell is the point?

The Razer Blade is an interesting choice though.
You don't really need the GTX 970M as you're not going to be playing games like you said but i7-4720HQ + 16GB RAM is really nice. Also Intel AC7260.
Same goes for the XPS 15 though it doesn't have as nice storage, at least the microcenter website says 1TB + 32GB SSD vs a 256GB SSD.

What Surface Book has going for it is the awesome 3:2 display and keyboard.

The microcenter xps 15 that is at the norther virginia store has a 1TB pcie m.2 nvme SSD. 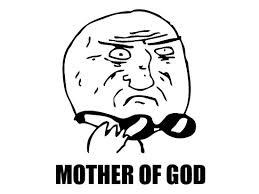 If only it was true. As far as I know, there's no 1TB NVMe m.2 SSD out there. Only SATA ones. Samsung's 950 Pro 1TB is coming this year. And from others of course (probably) as they get their 3D NAND production going.

I sat there with the laptop in the store and went through device manager and did a speed check and everything.

If I had the money, I would have bought one day one.

Personally, here are my thoughts on the other options I saw:

Macbook Pro: Actually kind of heavy and thick. I would have preferred the Macbook air, but the outdated TN screen turned me off. I'm also a lot more used to the Windows environment, and am currently only planning on learning Android app development for the near future so Windows is okay for me.

Surface Pro: Didn't like the tablet+keyboard approach. My friend has one and while it's functional, it's nowhere near as stable or convenient in your lap. I tend to change positions a lot while sitting, and having a tablet supported by a kickstand would be a no-go for me.

Surface Book: Again, kind of thick. The screen wobbles a lot since the tablet part is kind of heavy - at least that's what I thought of when I was in the microsoft store. And since the tablet portion only has 1-2hrs of battery life, I don't see a huge reason to go for a 2-in-1 device.

I have never been a huge fan of pen input. My typing speed is plenty fast enough that I can take notes just fine. Typing is much less stressful on my hands than writing.

The dell's tiny footprint is what I really liked. Just a solid laptop, aside from a couple of initial driver issues since skylake is so new. The keyboard isn't as solid as the Surface Book's - a little bit mushier when bottoming out, but I still maintain very respectable wpm considering I'm used to my mechanical keyboard.

I have heard the Dell XPS 15 also has a couple of graphical driver issues as well, but I have not been following that laptop as closely as the XPS 13 since I was going for portability. The XPS 15 looked great - 15.6" laptop in the footprint of a typical 14". It was a bit thicker and heavier though, and I wanted a change from my large and bulky acer laptop.

Samsung's PM951 comes in 1TB, although I think only to OEMs.

Thanks for your input. The XPS 15 is not really an option, since I don't enjoy keyboard or trackpad, the battery is not that good and it is quite heavy. Also since it is higher-power the charger is heavy too.

The razer blade was on my list, but since I'll not be gaming on this machine I couldn't care less for the 970, and the tradeoff between battery life and cpu-performance is simply not worth it to me. If I need really high performance on the road, I can always get a remote-desktop connection to my rig going.

I'm looking mostly towards the MacBook Pro Retina 13 Inch right now, since it would be the cheapest for me (around 1400) and offers a lot for the price. The Surface Pro probably doesn't cut it in terms of development work and the SurfaceBook is simply too expensive for what it offers. (I cannot the buy the 256gb integrated only edition in europe, only the 128gb stupid option for 1500 or the 256gb option with the nvidia gpu for 1880)

I tried the XPS 13, and it sure is nice to have a 13inch laptop with such a small footprint. What crossed it from my list is the keyboard. I can't really explain why exactly, but I don't enjoy typing on it. The pen-input is interesting to me because it allows me to draw flowcharts really quickly, draw arrows or highlight things, not because I like writing by hand better.
Out of curiosity: Which screen option did you pick for your XPS and what is your battery life on average?

I'm anti-mac for a few reasons so I won't cast a vote for which one you should get. However, I know someone with the least expensive Surface 3 and although it "can" run stuff like Photoshop, it gets real hot real fast. She says it works okay in a cold room but that's about it when it comes to demanding software.

I know another person with the highest priced version of surface 3 and he has no complaints about performance.

Both people use Photoshop nearly every work day and likely more than that. I just figured I would share the feedback I received when considering a Surface for myself.

Got the base 1080p model. Scaling is pretty crap on the QHD+ models - they run 720p in the windows store haha.

Average battery life seems around 7-9 hours for regular web-browsing and school usage. It's definitely long enough for me to not worry at all as I bring the laptop around from class to class.

I'm no Apple fan by any means. I do not agree with a lot of their company policies, and wouldn't consider any of their iOS products, but when it comes to laptops the MBPr simply checks all the boxes, which few other computers do. And compared to the other ones it is not even that expensive. My main concern with it is that while it may be a good machine, I might do better for the money.

One advantage Macs have that's rarely brought up is resale value. I bought a MacBook Air refurbished (from Apple's website) and sold it a year later for just $100 less than I paid for it. So if you regret getting the MacBook, you'll probably be able to get most of your money back.

Of course, spec for spec, you can do much better with a PC in that price range. So if you doubt you'll actually end up developing iOS apps, you may want to consider getting a more powerful PC (which will make things like compiling programs and analyzing data faster). On the other hand, if you aren't comfortable with the PC's trackpad and keyboard, that will slow you down. So it really comes down to your personal preferences and priorities.

If having the ability to develop iOS apps is at all important to you, I'd stop deliberating and get the MacBook right now. But I am curious how you would test your apps without an iOS device (since you said you wouldn't consider buying an iOS product).

thanks for the input, but I live in Europe and have no access to microcenter^^
Forgot to mention that. My bad.

Have you looked at what lenovo have to offer? Their Thinkpad X series units are very good.

the specs don't concern me that much tbh. As I said, I've got a nice desktop at home and the programs I'll write will probably be on a scale where an i5 can breeze anyways. iOS apps would be tested with the emulator during development, and tested on actual devices near the end. While I don't own any iOS devices, I do have access to quite a few. Thanks for the tip on resale value. Didn't really consider this before!

I'm not going to defend their business practices but my major problem with apple as a company is that they tack on an extra zero on to their products without any excusable reason. I was watching a documentary on the champagne region of France and they asked a vineyard owner "what goes into a 1,000 dollar bottle of champagne?" He responded "grapes" she followed up with "why 1,000 dollars?" He responds "because that's the price we put on it."

Apple is doing the same thing. That is my biggest complaint about that company. But hey, to each their own. Good luck with your search.