Need some help building a PC, my buddy Nate recommended me this site to get help with this. Trying to build a PC that is great but not eggsactly on the expensive side. Would love to play games on my PC but don't really care about running games on like Ultra, main games im looking to play would be like CS:GO to be honest. However I need this PC to be able to record video on 1080p and render lots and lots of videos. As a youtuber and streamer trying to upgrade from the shitty laptop I have. As far as Memory goes, a Terabyte is the most I would want but don't really need. Any help yall?

OK, good info on what you want but what would your budget be? If you could update it to give a price range it would be very helpful.

For the CPU you should go with an amd 8core, lots of cores for not much money -->good for streaming and rendering. Which model depends, would you be willing to oc your cpu?

CS:GO is not very demanding, a 60$ used GPU would probably be fine for 1080p high settings. You could go with more recent nvidia gpu to capture footage with shadowplay, so maybe a 760 or something like that.

For storage you could go with a small ssd 120-256gb for your games and a hdd for video capture, maybe youve got one lying around...

I only added a 256gb ssd, if you need more storage you can get a smaller boot ssd and a hdd or a 500gb ssd.

The build is intended for mild-medium cpu overclocking , if you dont want to do that Id change a few things.

The 750TI is not a super strong card, but strong enough to run anything in 1080p with proper visuals, supports shadowplay and is an insane value for the price.

I will give you some options with different price points.

A few notes about each, the AMD CPU's I used liquid coolers because I wanted you to have the best OC'ing power you can get. Also I put an Nvidia GPU in each because of shadow play. If you want to record/stream games it would be your best choice because it has less overhead than things like fraps and OBS.

hey its free heating for winter 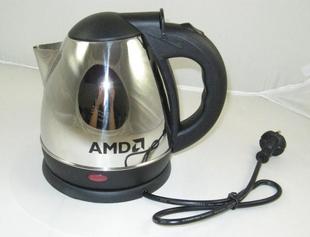 Also that H55 is going to struggle cooling that monster of a chip.

I have an overclocked 6300 in my LAN machine, an h-60 has trouble keeping it cool sometimes.

Appreciate the adviceand help from everyone, as far as a budget goes I will spend up to 1000 or so USD on my computer, as far as why would I want 1TB? I like to stock pile a lot of music on games and have a bit of an archive from videos I make, I know it isn't like necessary but I like that comfort. I'm pretty clueless when I comes to this stuff, basically, something strong and can handle it is what I basically want. Thanks in advance.