Lately, for some reason, theres been a lot of content on YT for “RETRO PC BUILDS” from all sorts of people. It appears to have started at the normal place on the DOS / W9X side and for some reason everyone had to have it.

Why? Fuck if I know.

So I was digging around a few months ago and found some parts and a mobo that works and got to thinking… I should rebuild the machine I had when I was a little kid. So, heres what it looks like. 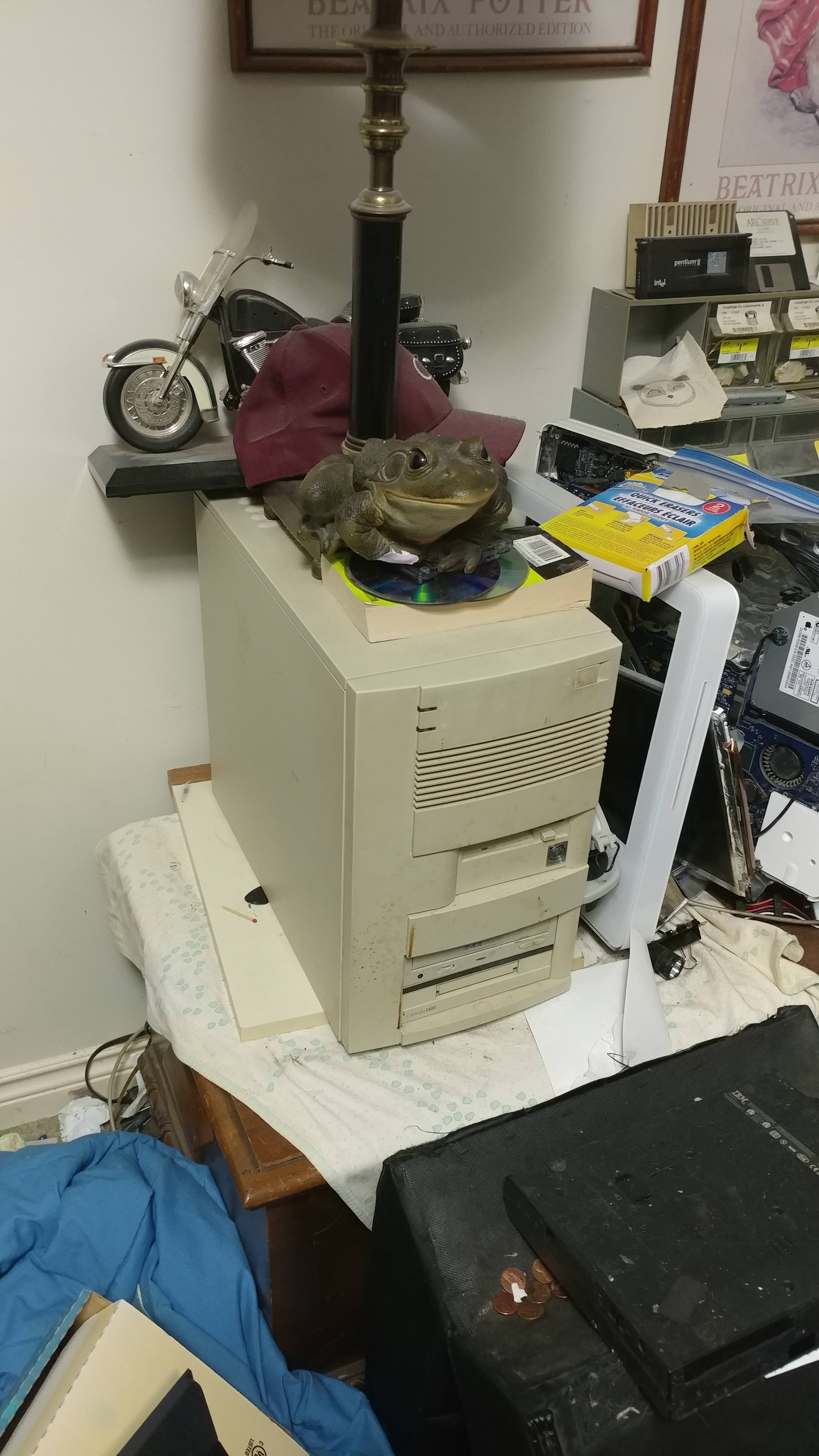 This thing was THE WORST when I was 6.

I remember when the first harry potter game came out my parents got it for me. It ran at 7.4 FPS! Don’t ask me why I know that number.

This thing slammed 2D games. It was great. 3D? If you know the MACH32’s and 64’s you’ll know that 3D was never ever possible with them. So, I’m going to make a machine out of parts that I have that I would have drooled over in comparison when I was a kid.

Pentium 3 SL35D (450 MHZ, 512K cache)
Asus P3B-F (Seems to be a workstation board?)
1GB Ram (I want this thing as balls to the walls as possible)
ATI 3D Rage TURBO (I have a PRO somewhere, but this one has a memory slot. I have no clue how much ram total this thing has)
A power supply (I don’t know what ones I have yet)
The case pictured above
EDIT: I just remembered that I have a 256MB ATI 9600 that I can use. I’m totes going to use that instead.
EDIT 2: Never mind. I can get an ATI 7500 for it tho… Might just stick with the 3D RAGE.

So why do I want this? What will I run? Am I stupid?

I want my old machine back. I have a lot of memories with it [bashing that giant button into the case and the fans going full speed for a minute IT WAS SO LOUD] and I also have games that I want to play again. I’ll run either windows 2000 or 98SE and ACTUALLY use a real version of the drivers (I remember a lot of CTRL ALT DEL after the GPU driver crashed). I dunno what all I’ll do to use 1GB of ram, maybe some old old cad stuff? I’ll also probably run emulators on it to see what all it can do (ZSNES can run in DOS 5 for example).

This will happen in the next few days. Dunno what all I’ll do in the end, planned on doing this a few months ago but lost my time to stuff.

I admire the passion for antiquated hardware and I’m looking forward to the build… But Jesus Christ clean up your room son. I couldnt concentrate if my house was in disarray.

I still have my athlon 1800+,3200+ and mobo I think from my first build not sure if they’ll turn on. Just found really old pics from that build too. Also kept the i386+coprocessor and 486dx from my parents computers for souvenirs. 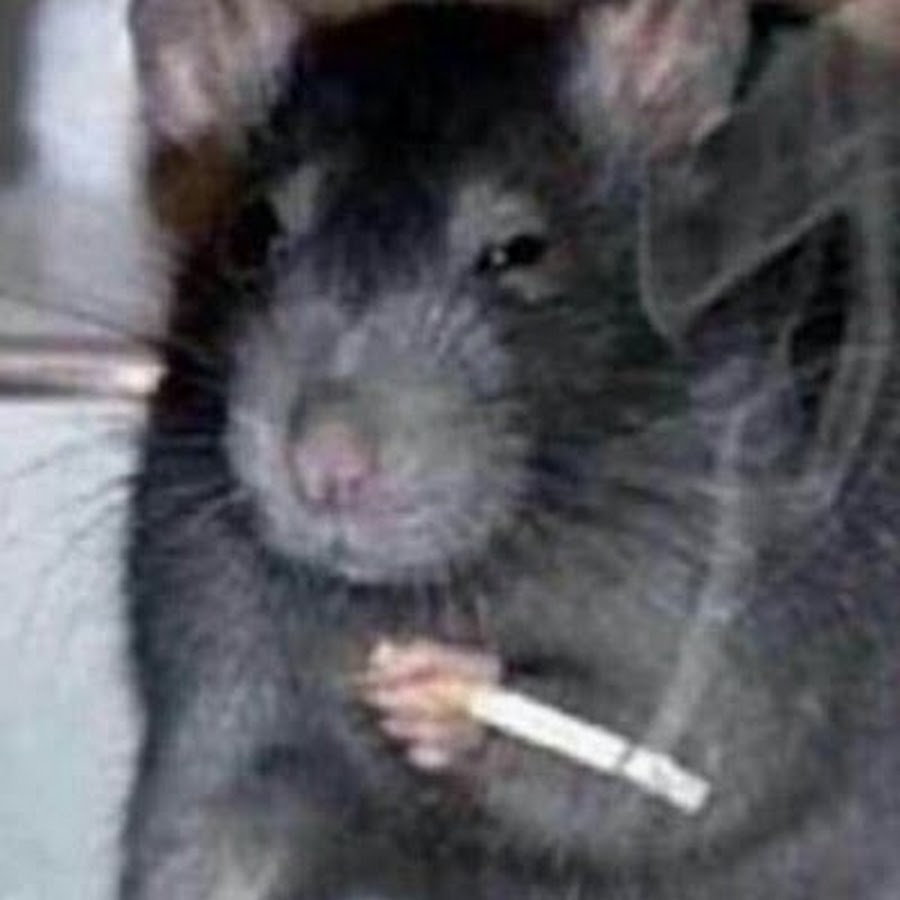 But Jesus Christ clean up your room son. I couldnt concentrate if my house was in disarray.

I’m gunna be honest thats the one corner of the room that has shit in it. I’ve been going through errr… Renovations lets call them… Threw out my bed, sleeping on the floor, got rid of A LOT of stuff. Thats literally the one corner with stuff in it just because I need the floor space and I don’t know what to do with the shit yet. The reason its like this anyways is my father throws my shit out and doesn’t care.

Nice. I always feel accomplished and ready to work after cleaning or organizing.

Nice. I always feel accomplished and ready to work after cleaning or organizing.

My mother is a hoarder though so the rest of the house is a fucking hurricane. My room is the only place of order.

Decided to attack this some today. Didn’t get amazingly far though. 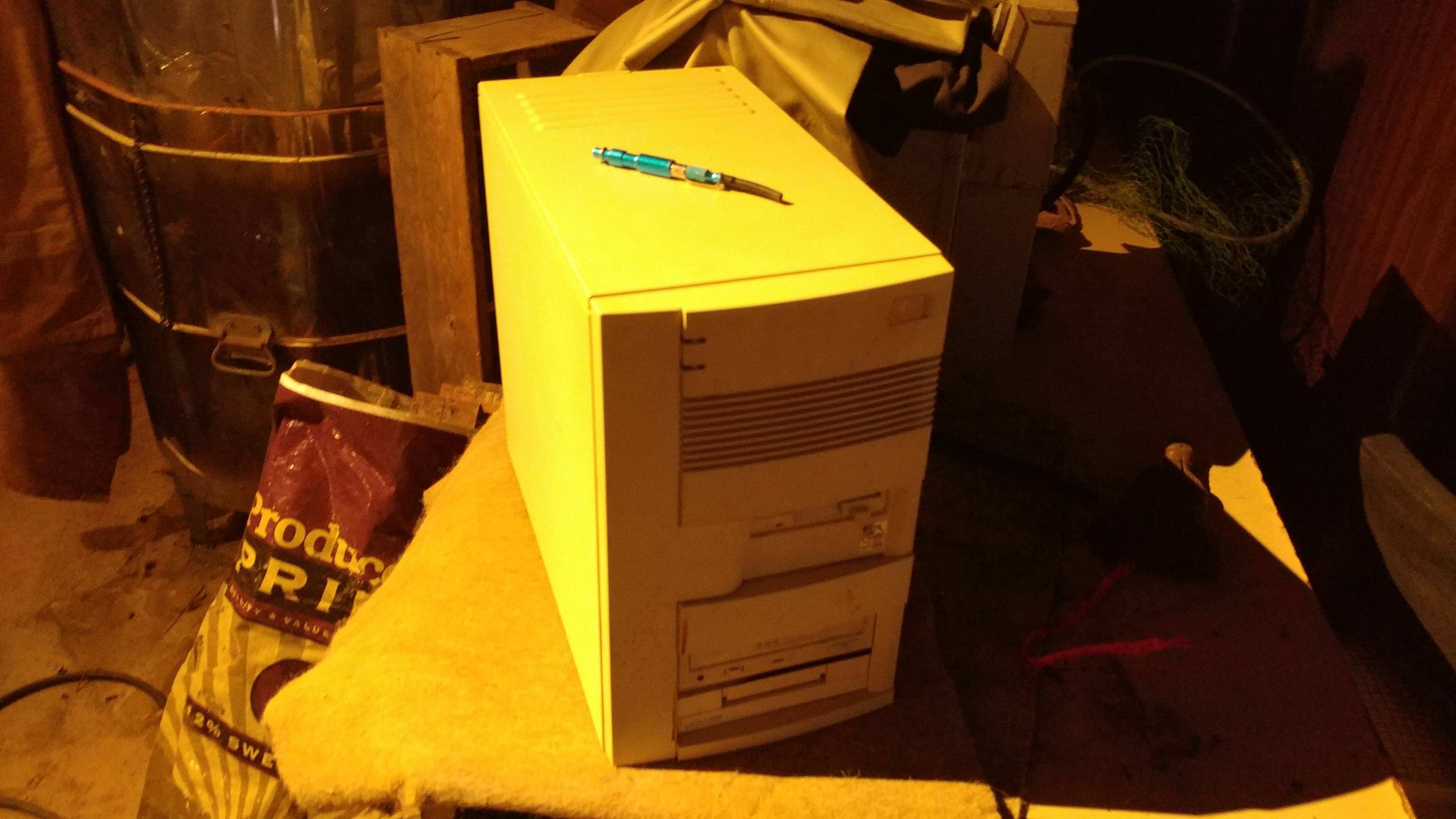 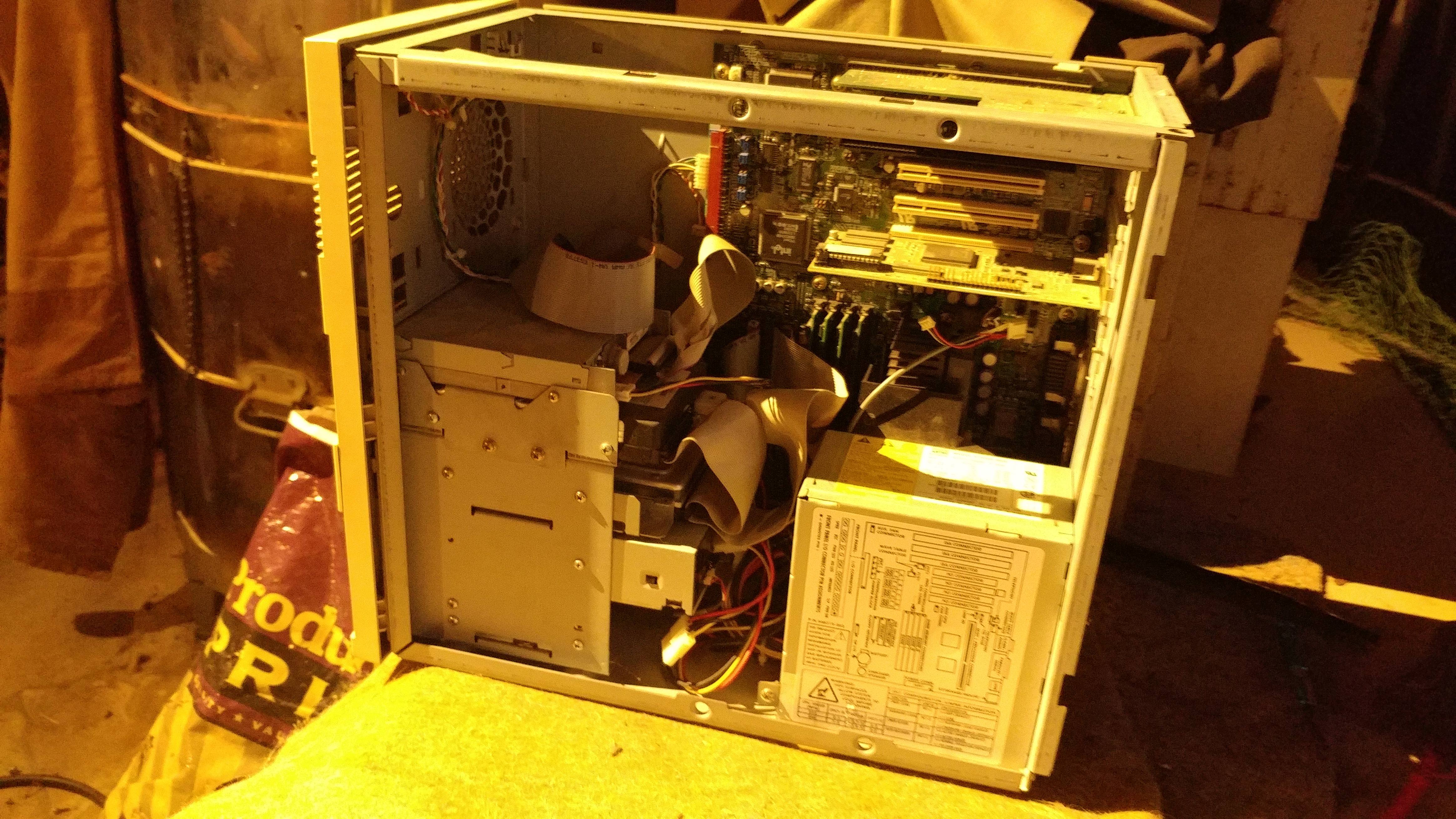 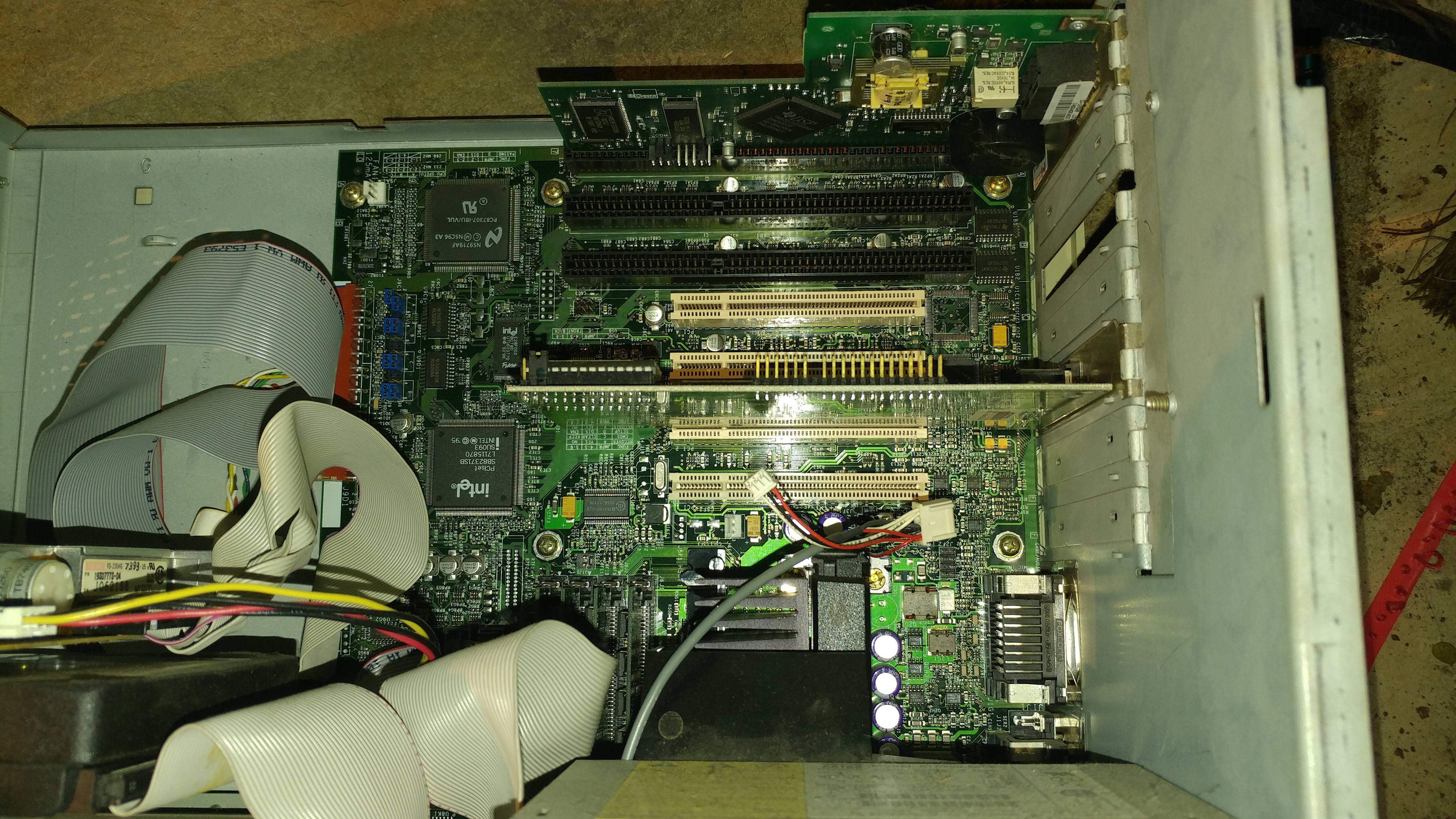 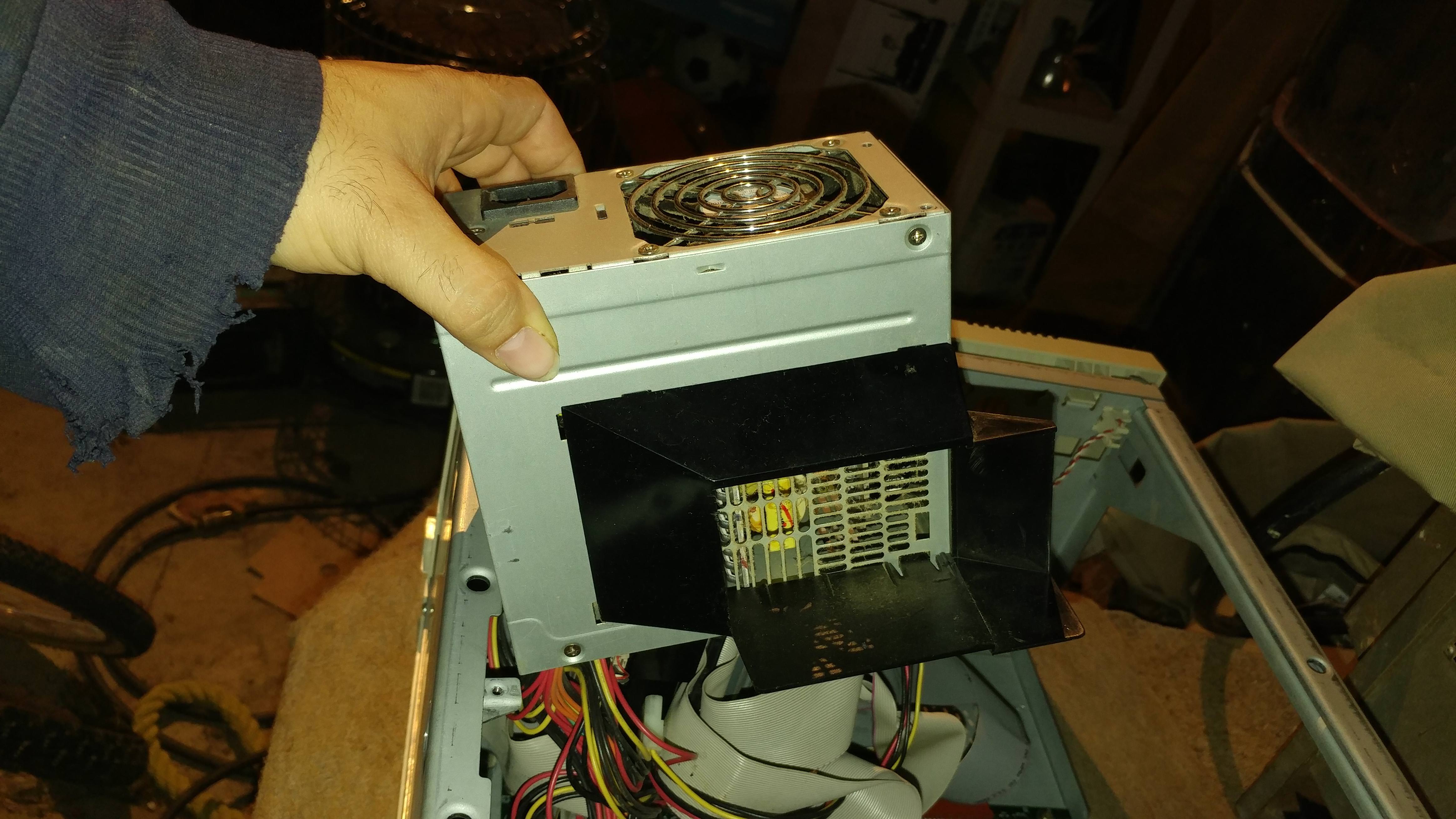 This is what cools the CPU (which is a 266 Xeon Pentium 2 apparently. Might use this actually?) 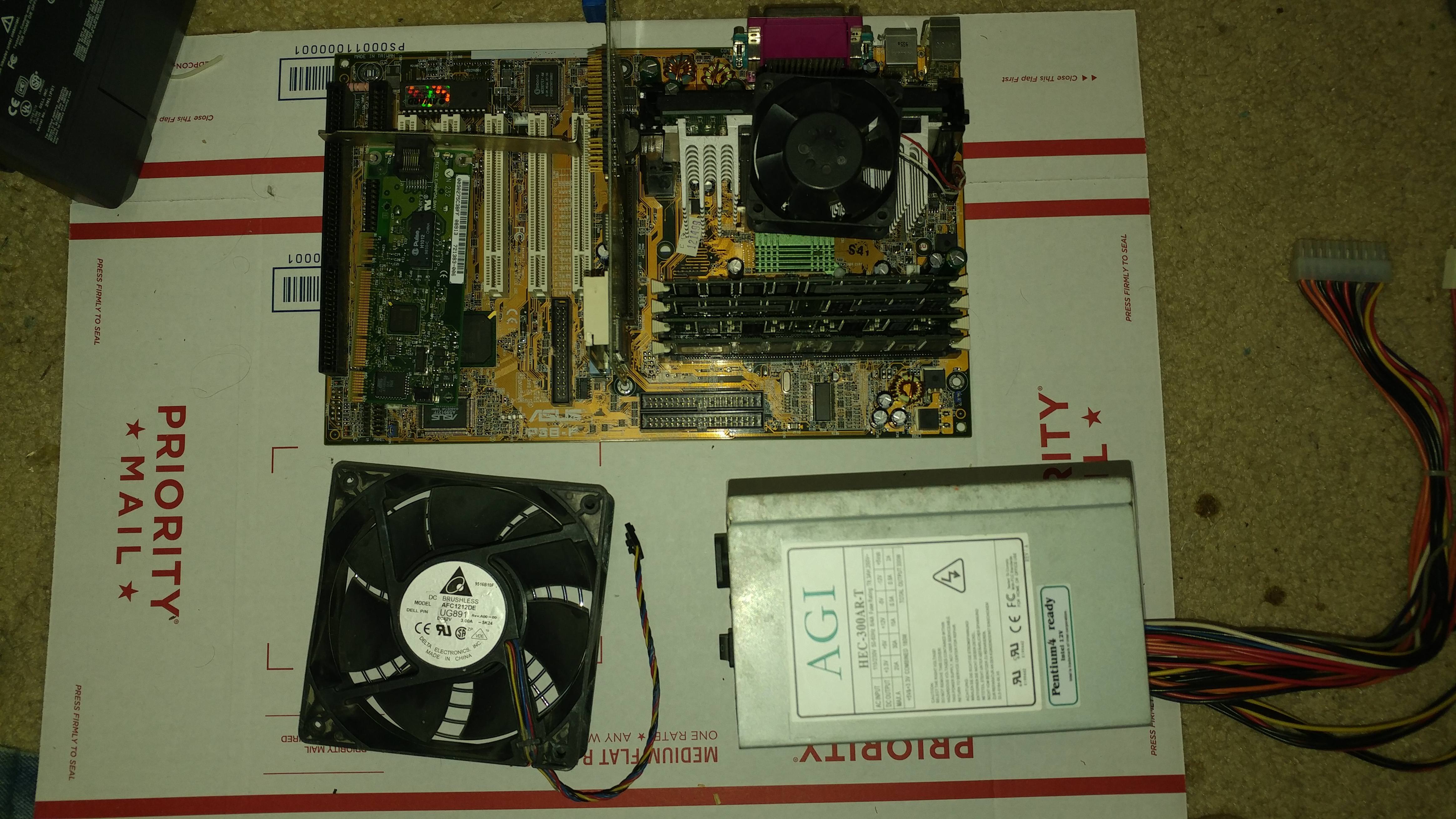 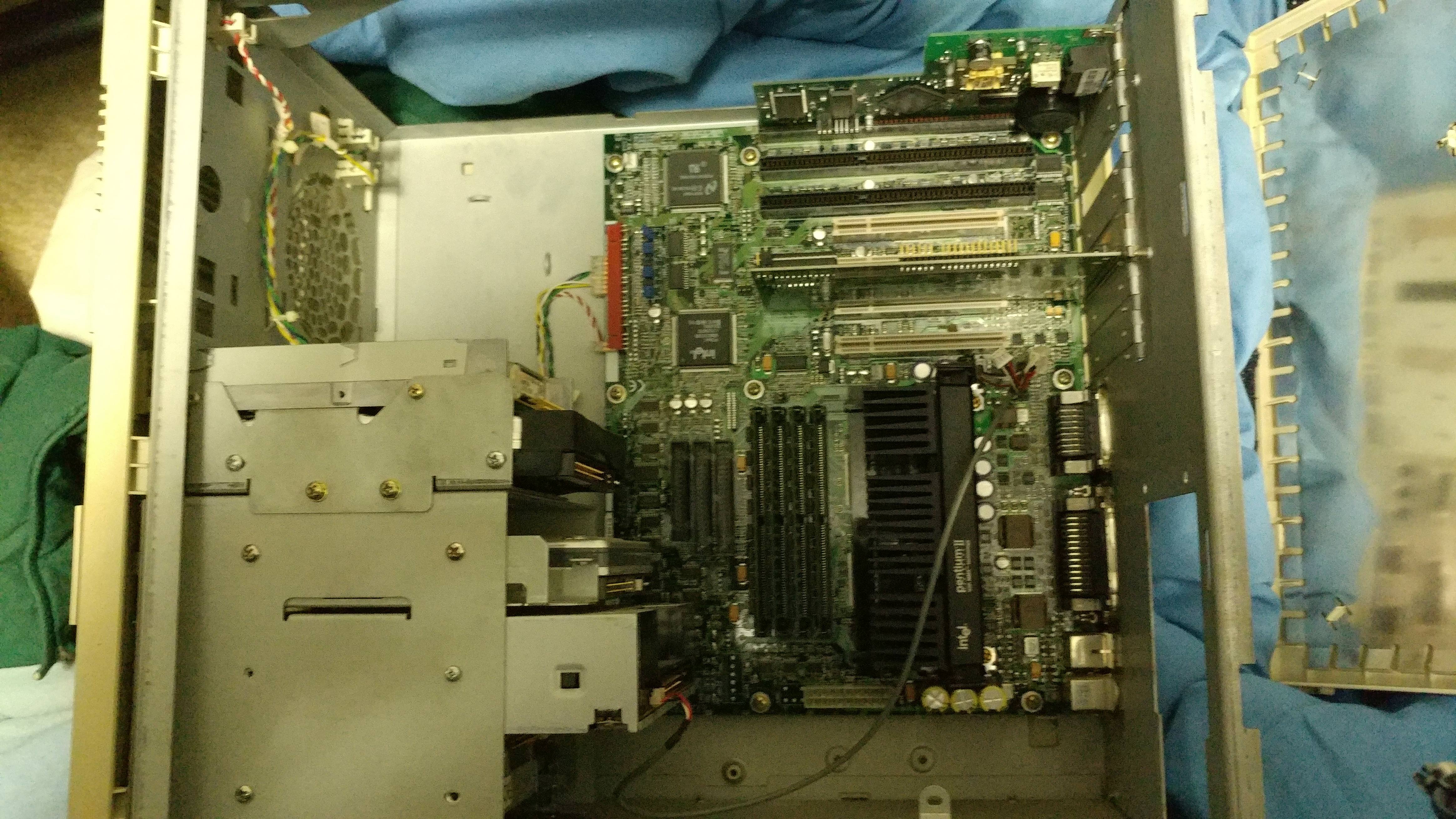 PSU out. Cables out of the way and I can see stuff. 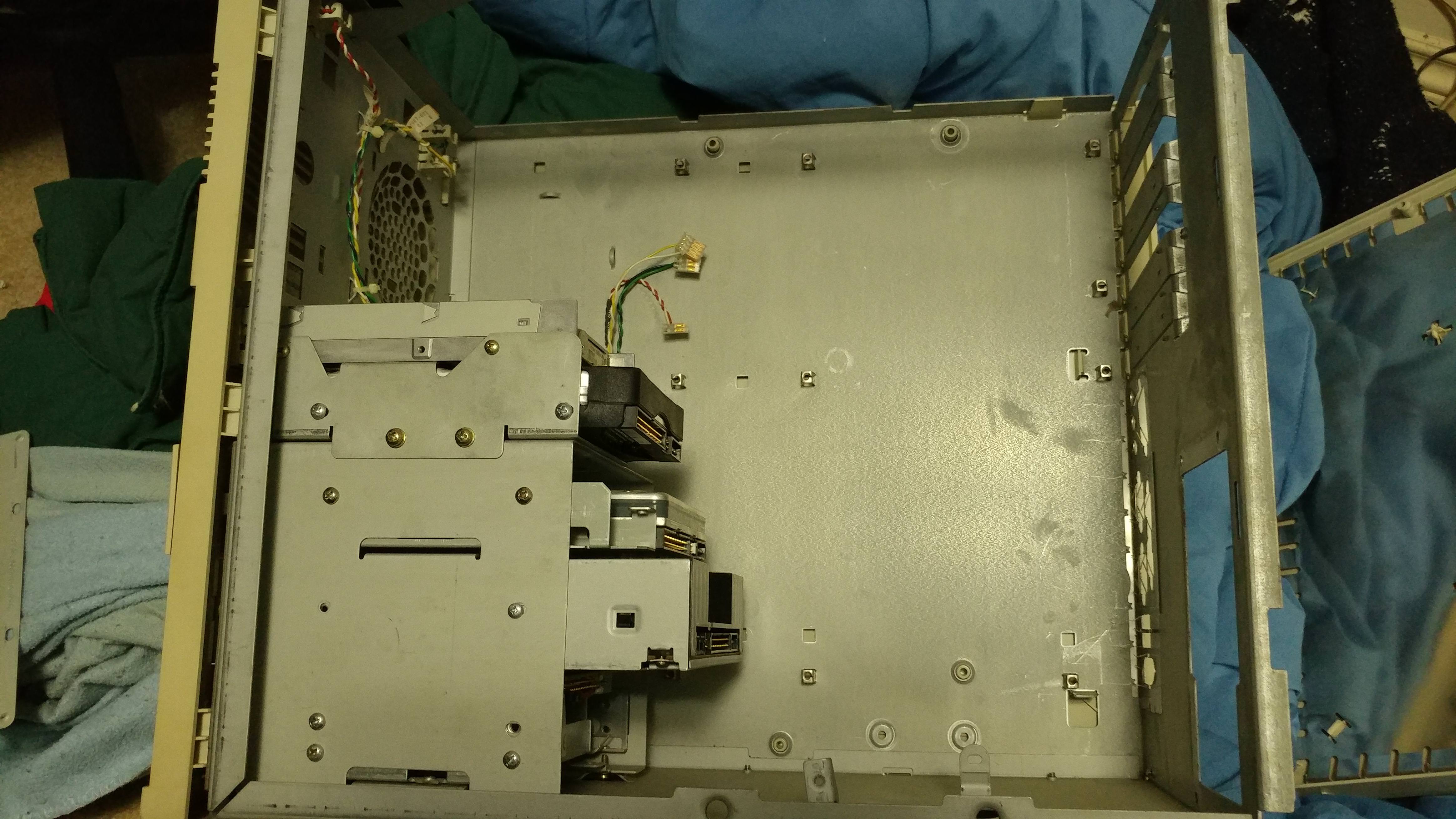 This is actually a neat case layout tbh. 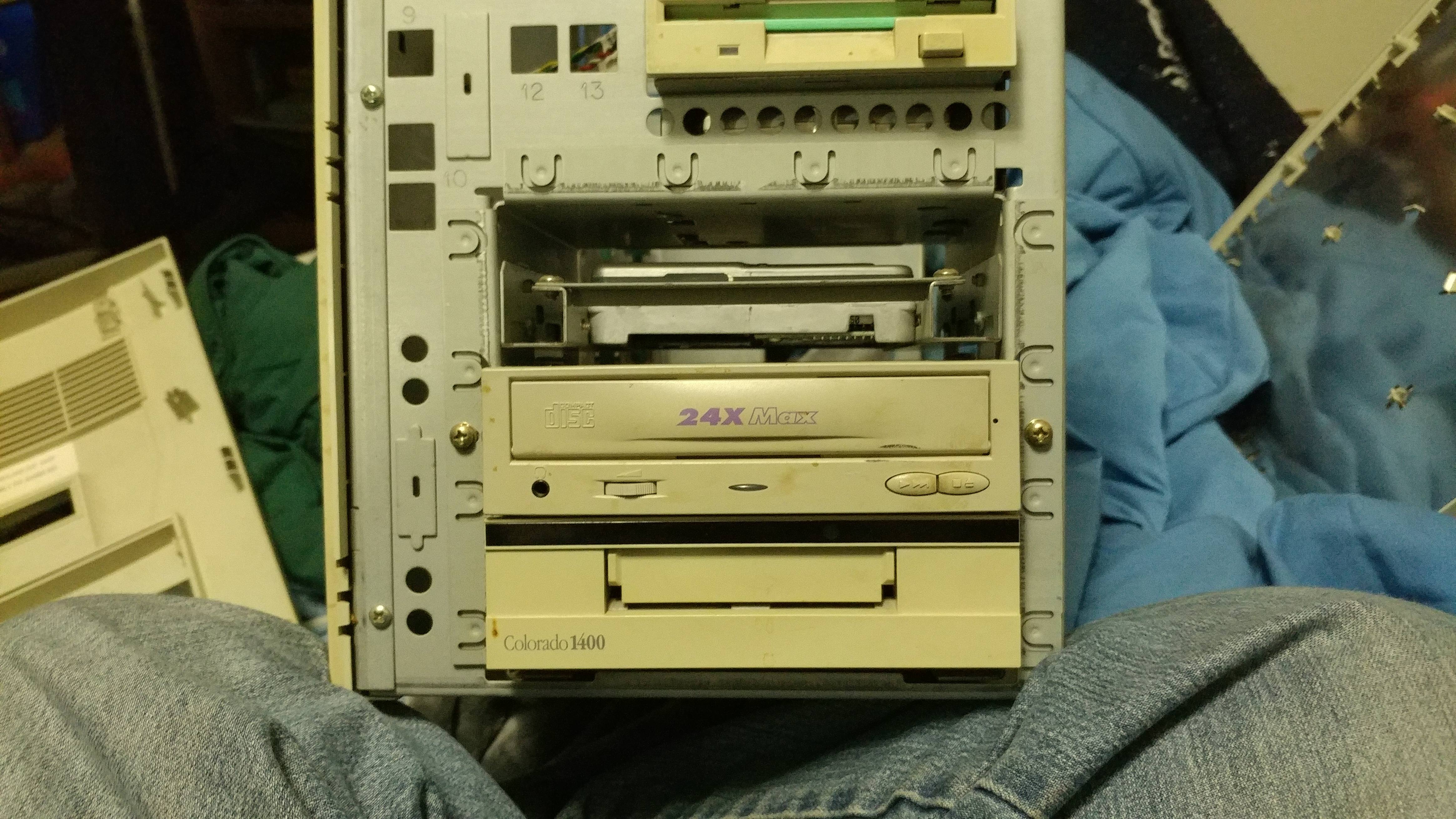 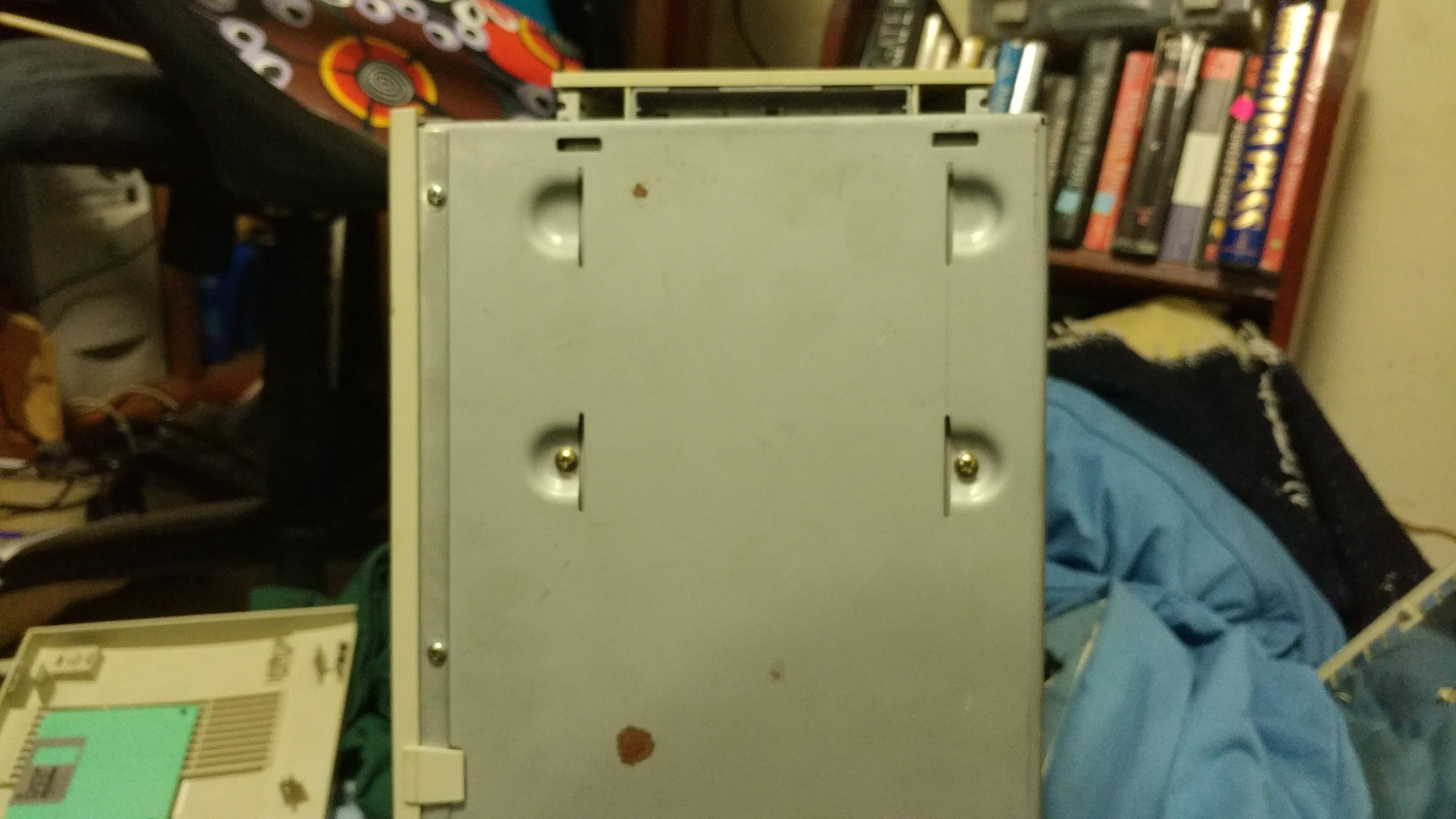 This caddy is WAY over engineered. 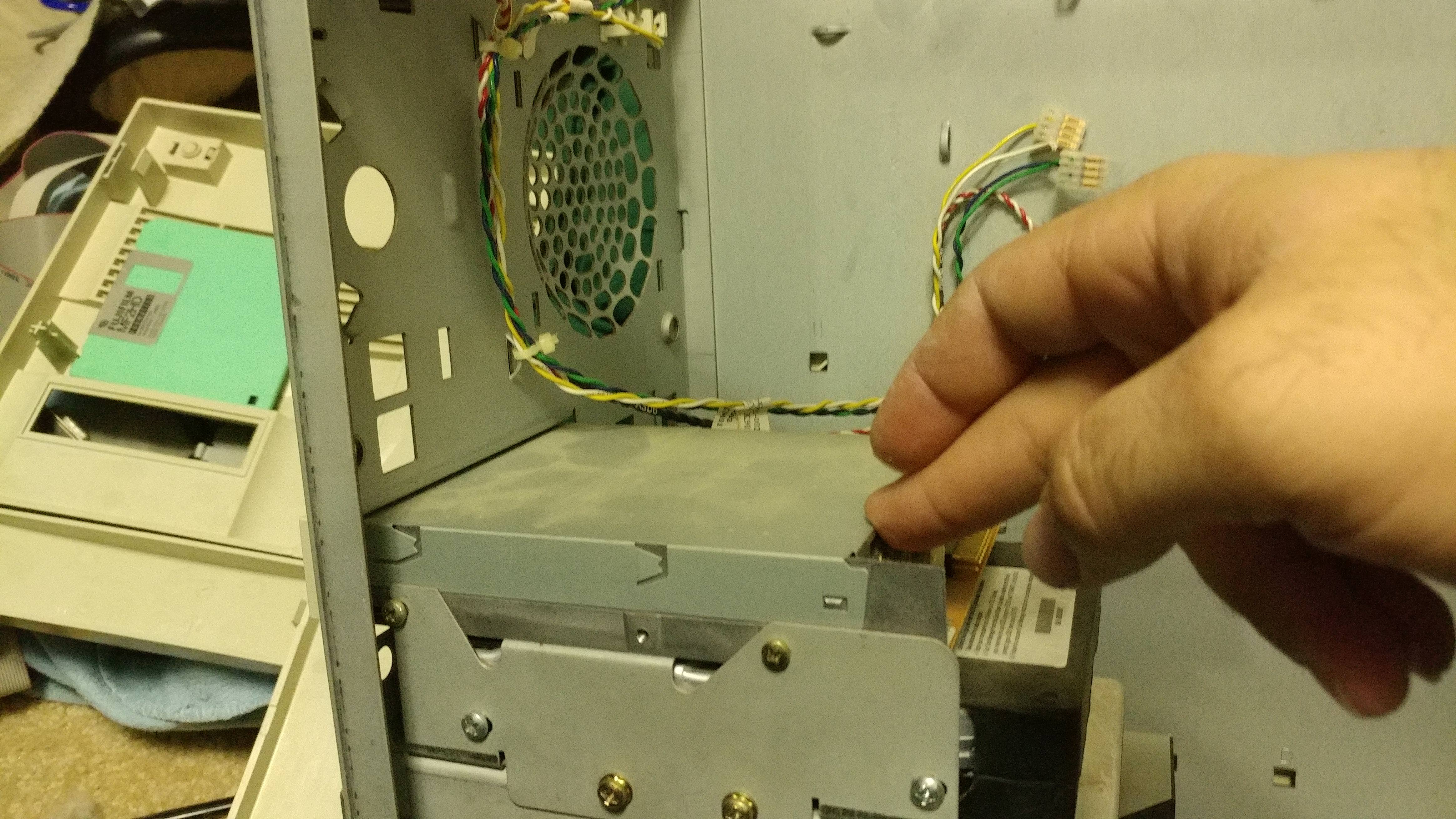 HDD caddy and floppy have to come off first before getting the HDD/CD/Drive stack out. If you took off the screws you still couldn’t get the drives out. Security? 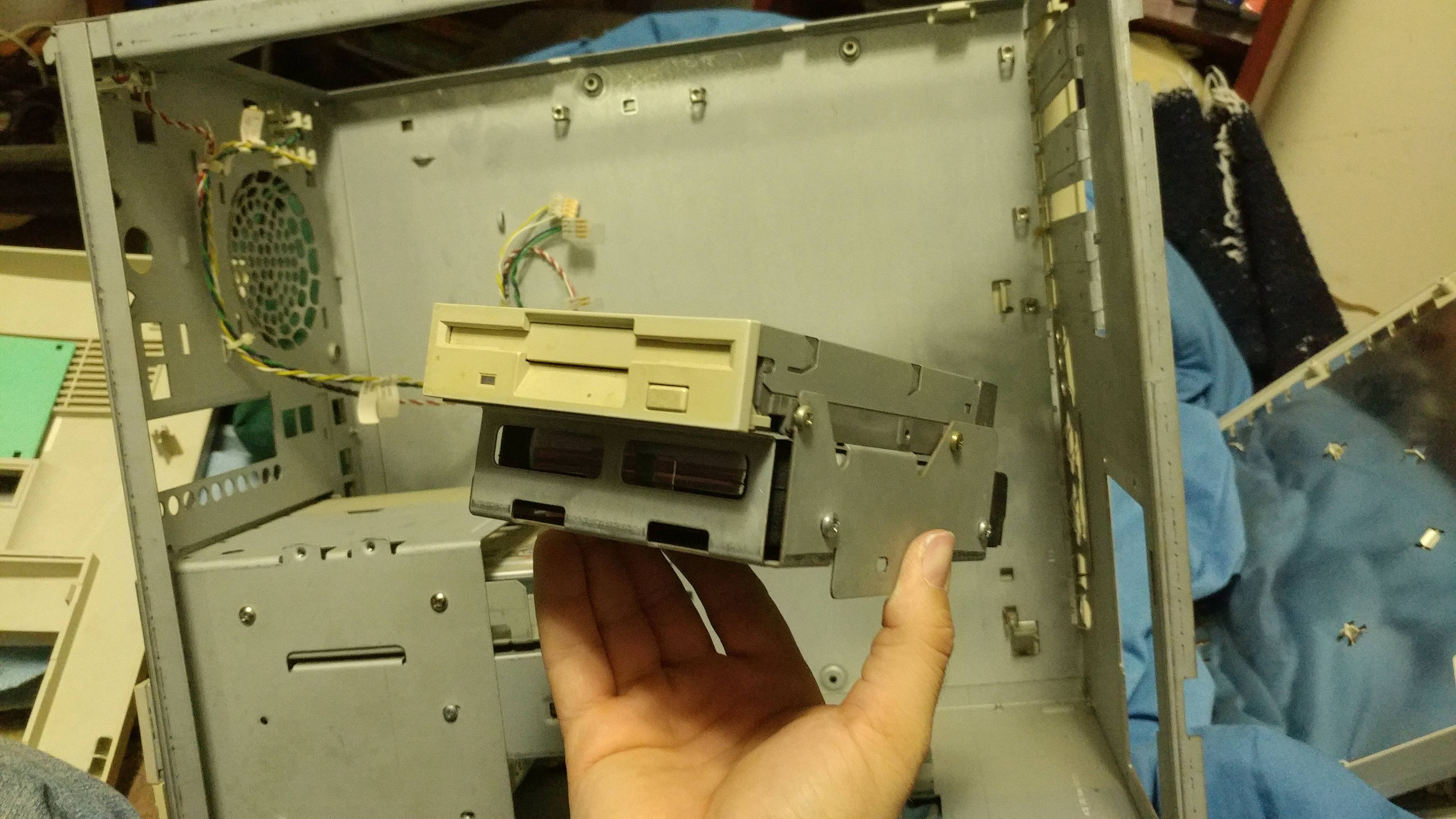 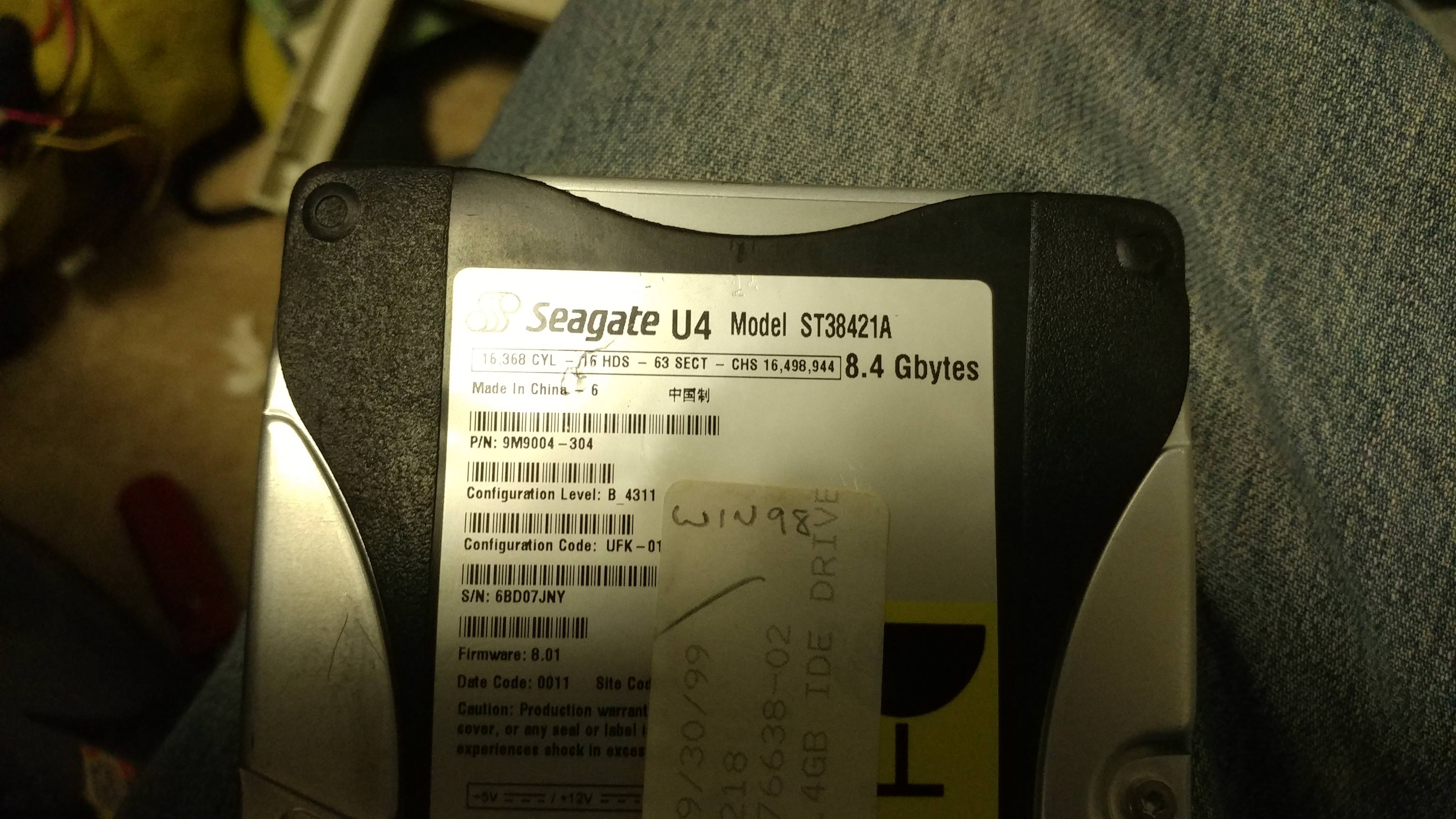 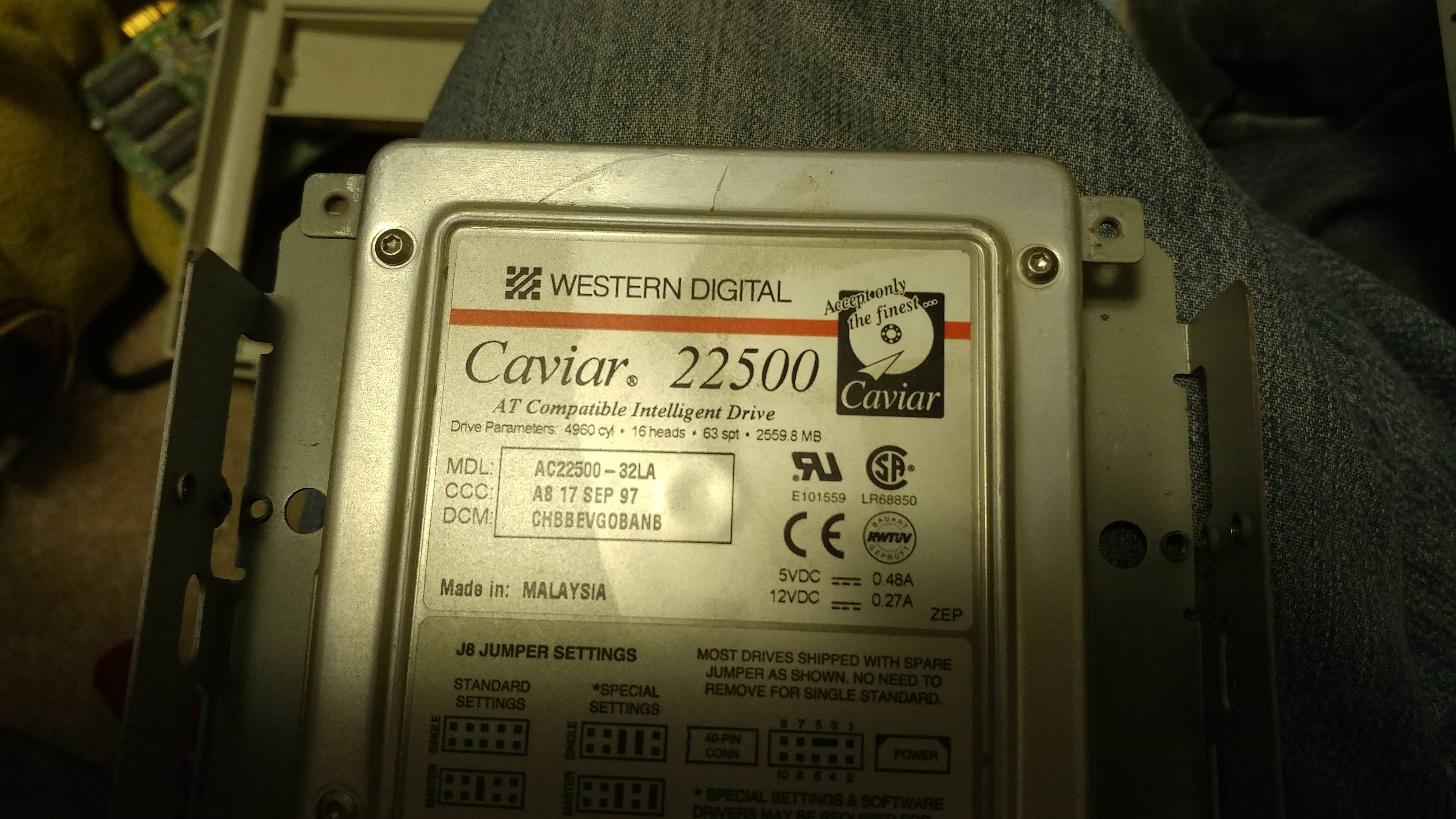 There was a DOS drive and the W98 drive. The DOS disk died an eternity ago, then the W98 drive started throwing errors, then the mobo died I /think/. 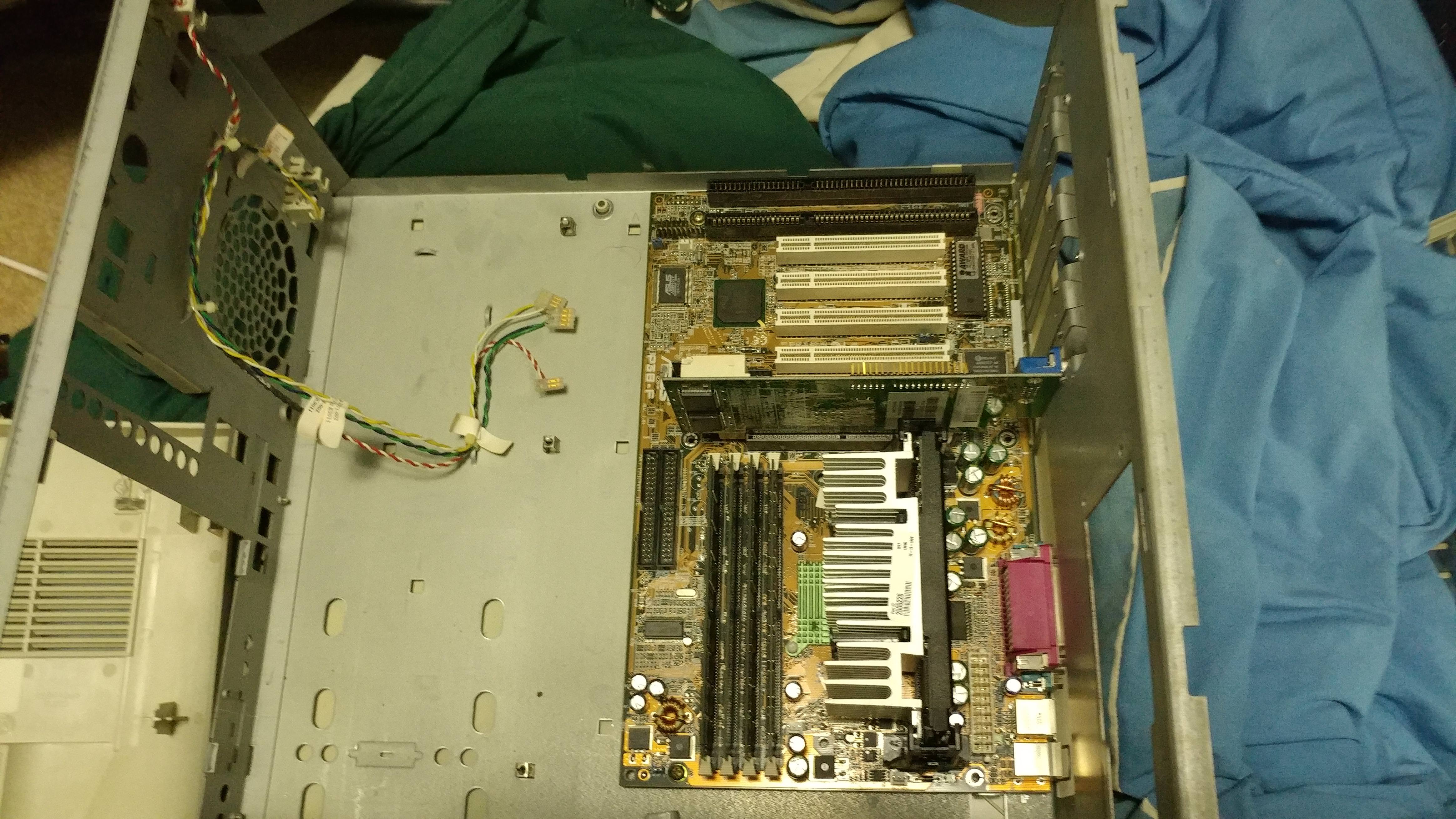 New board in. Looks tiny comparatively. 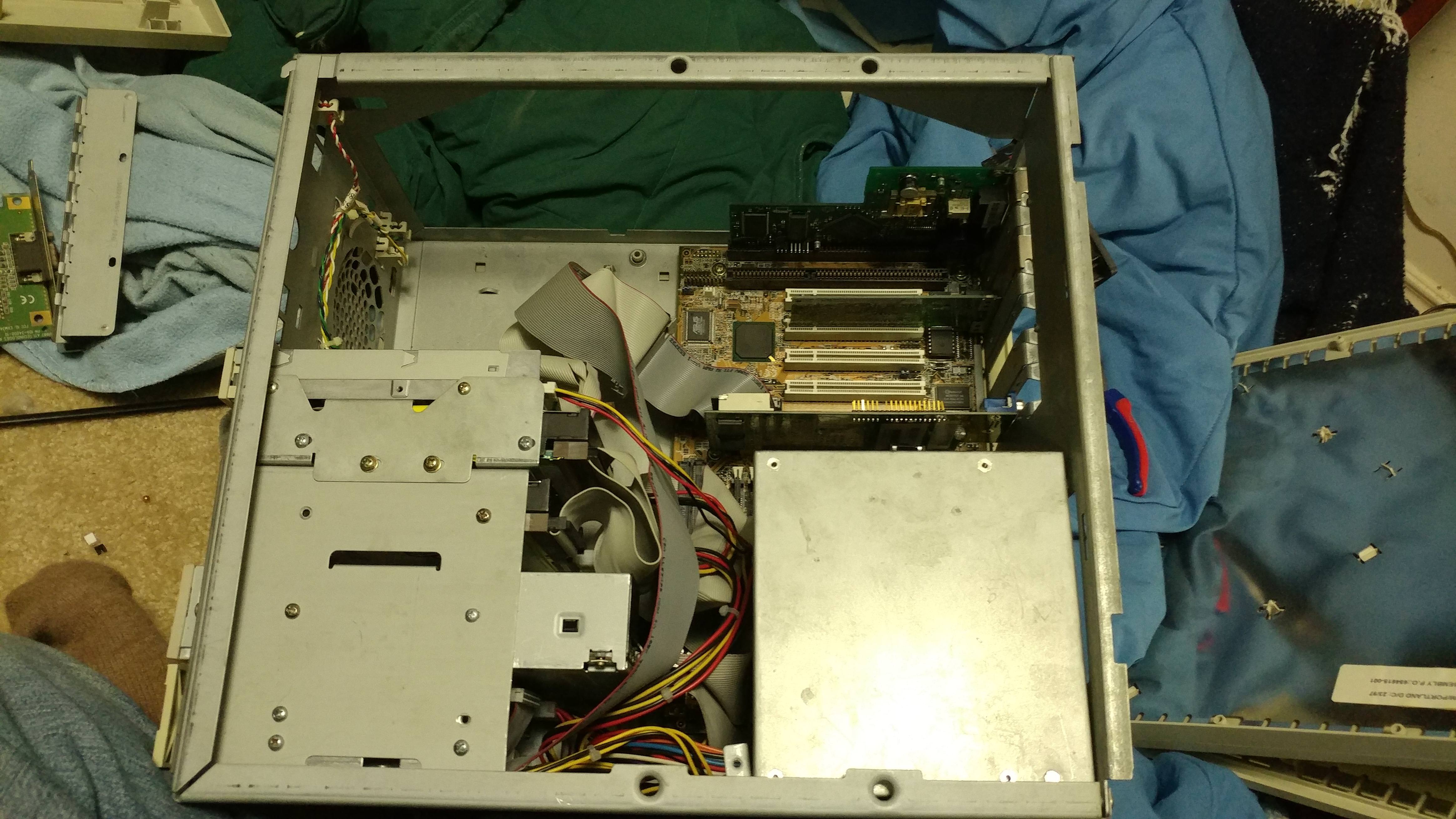 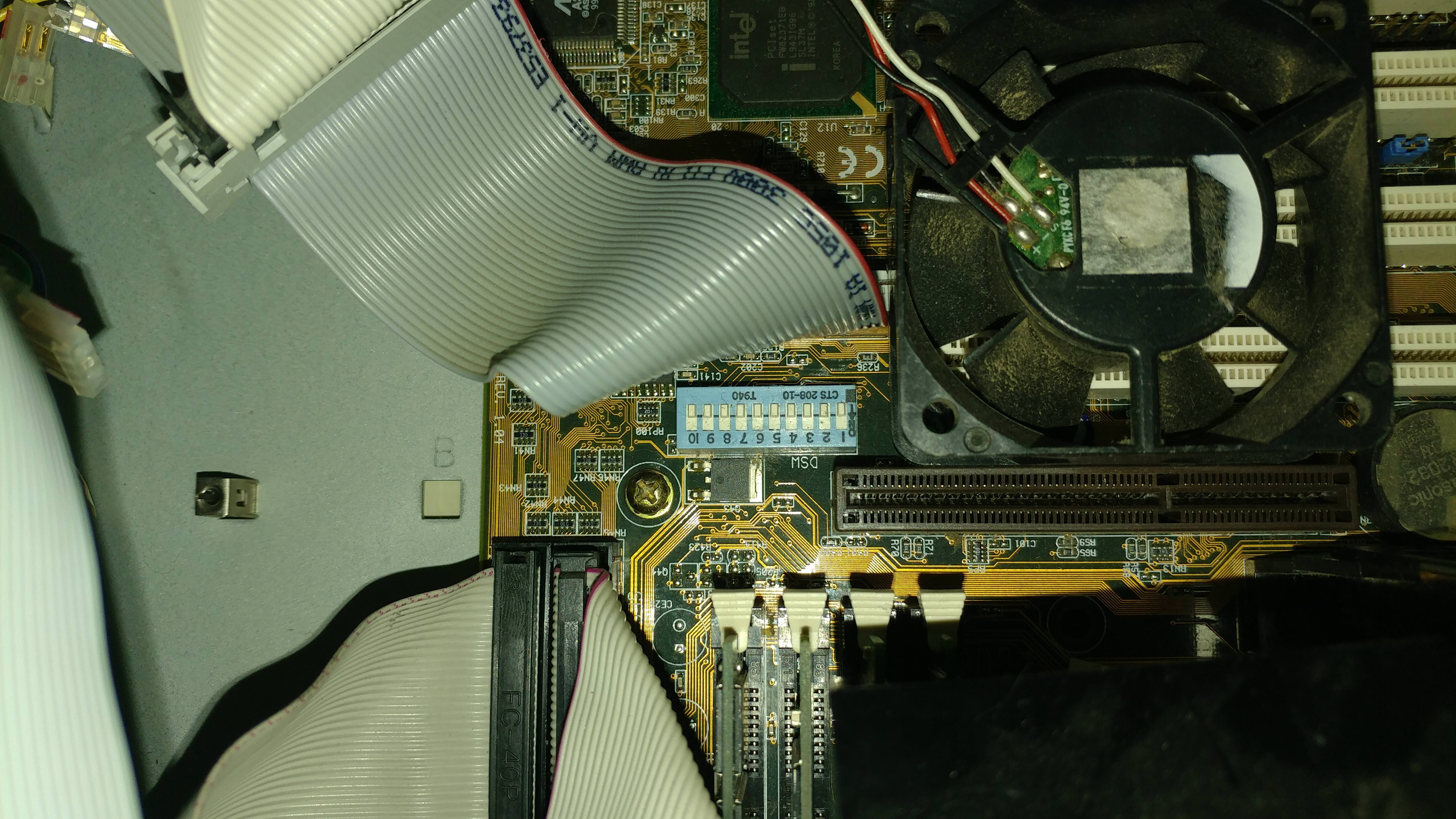 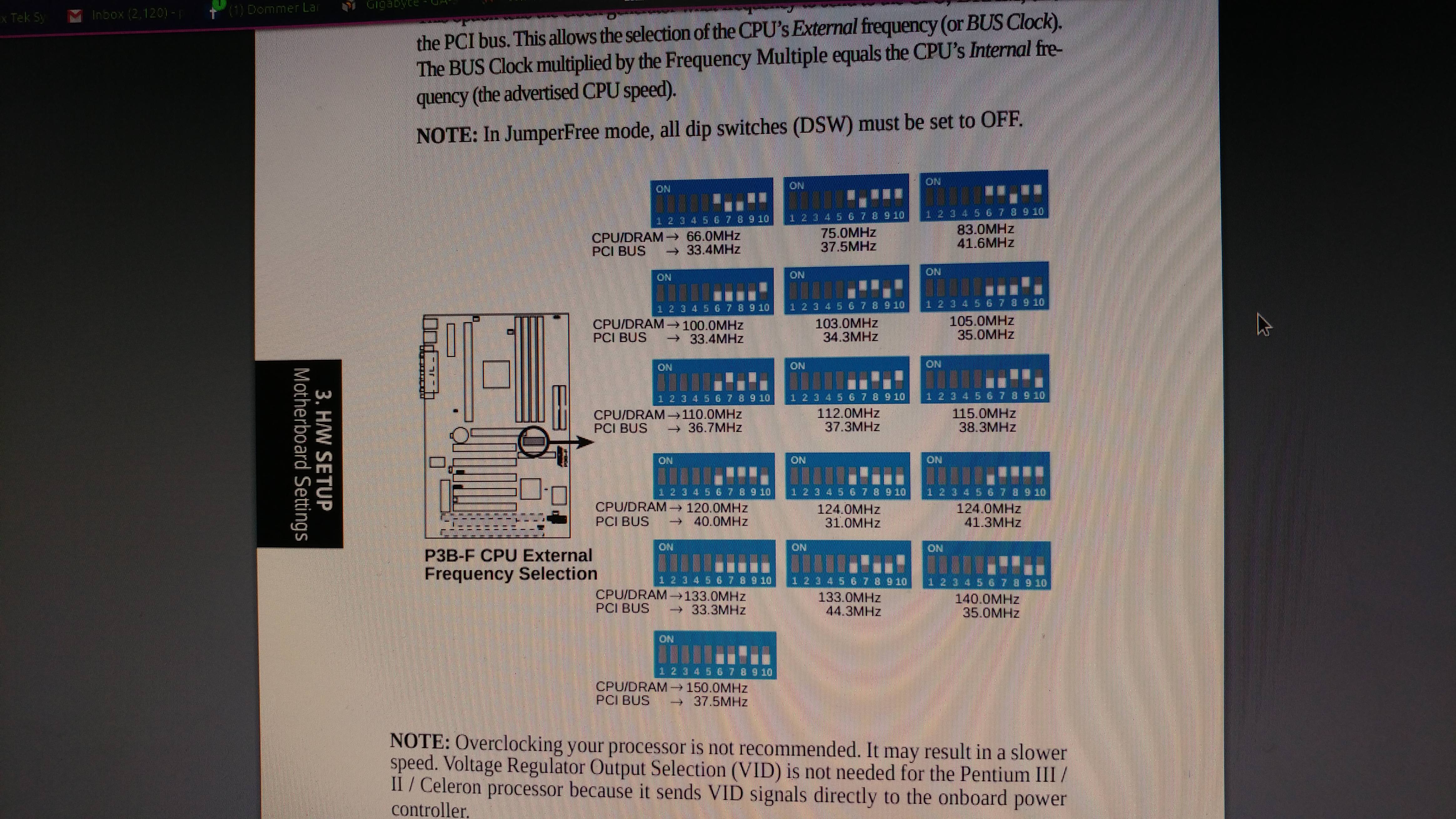 If I was using less than 200mhz P2 CPU’s or overclocking a celeron, these jumpers are handy. Though this mobo also has jumper-free though, so I can mod all of this in BIOS? I don’t know why the physical switches are there other than users were used to it. Also, PCI and AGP overclocking? I don’t actually know why you would want that unless that was how you overclocked GPU’s and stuff? No clue personally. 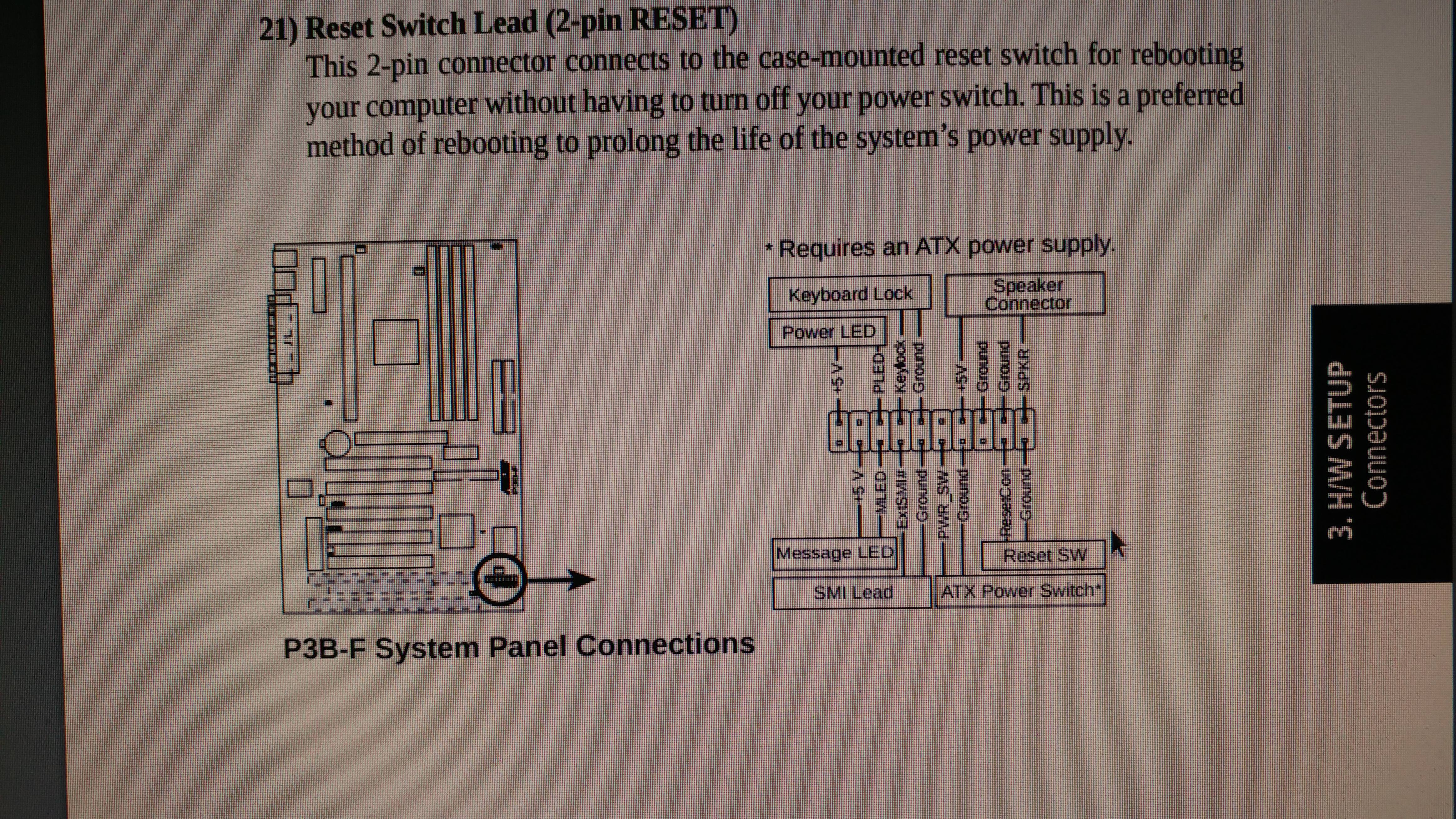 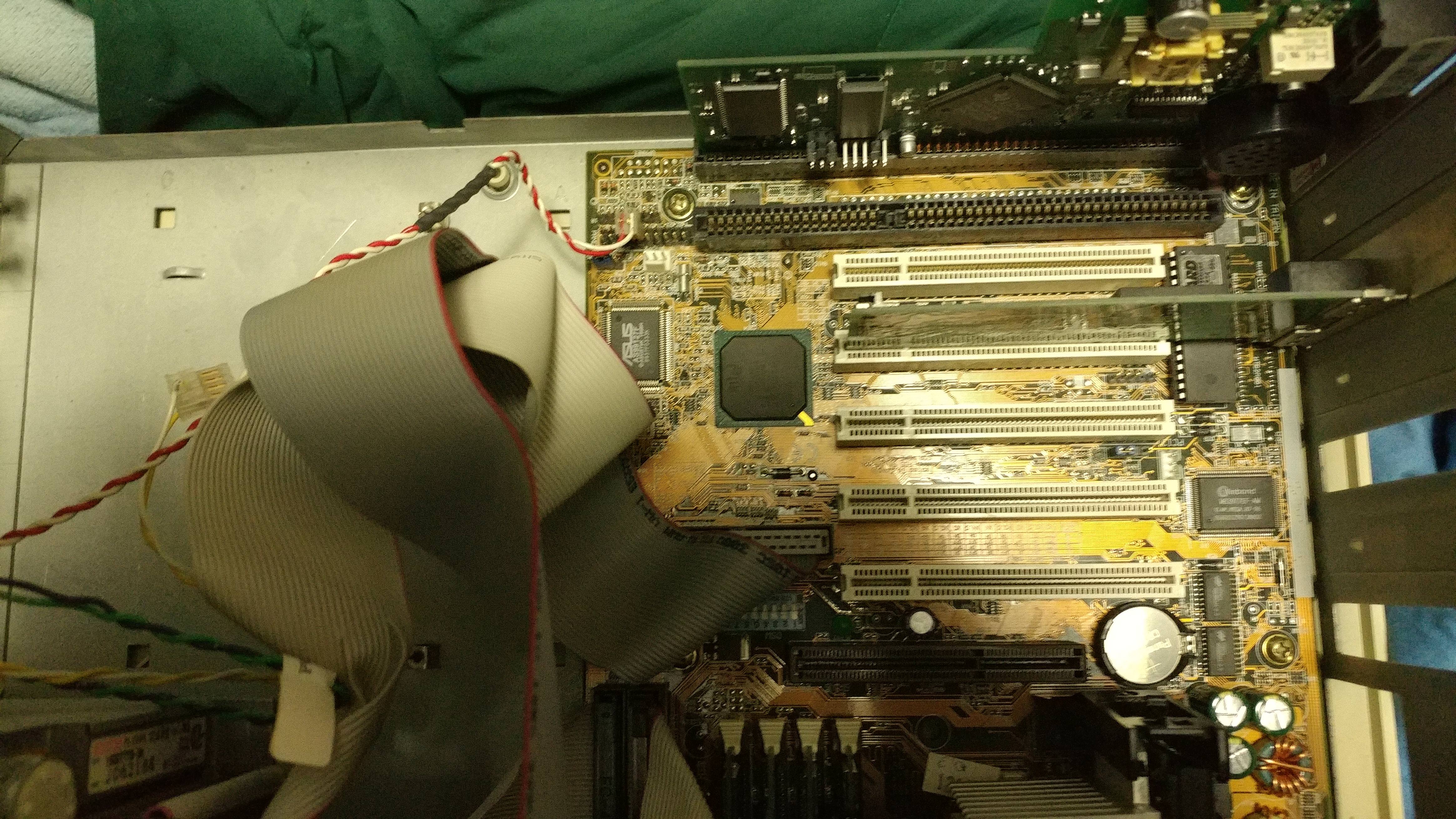 And this is where I stopped for today because I need to work on other things. Can’t power it on, switch won’t work, power supply might be dead. Might use the old PSU because it still works, surprisingly.

That cable management though

I started out with a P3 800 MHz, no idea the model number… I have no idea where that ended up…

Theres no where to put cables ;w;