My progress :) from peseant to Master Race

its been a little more than a year since I got into PC gaming (other than minecraft) I used to have an Xbox 360. which I liked. and I defended it to the bone. but then I wanted an Xbox One. I tried so hard to get one (this is when I didn't have a job lol) I gave up. then when I got a job I finnaly desided I wanted to get a gaming PC. so I bought a very low end Gaming PC from Ebay. it had an A6 6600K APU and 8GBs of ram. and I was happy for a while till I played on my friends PC he had a i5 3670K and a 780Ti, and I experience 60FPS gaming for the first time, so I got a A10-7870K and a R9 270x. and I was able to play far cry at medium settings at 60FPS. and I was SO happy. but then I bought battlefield. and found out my R9 270x wasn't enough for 60FPS ultra. so I got a second 270x. and I was able to play BF4 at ultra at like 80FPS and then I was even happier. but I realived my A10 wasn't good enough, so I got a Athlon x4 860K, and I overclocked it to 4.8Ghz :) and then I was ablie to play BF4 at 100FPS (with mantle of course) and I was so pleased. but then GTA V came out and that game uses a lot of CPU. and my Athlon was at 100% all the time in that game, and also a game called Kerbal Space Program, what heavely single threaded. so I decided to go Intel. since I researched it and found that the i7 4790K (at the time) was the best Gaming cpu for its singlethreaded performance trumping every other CPU on the market. so I got that. and GTA V started running really nice on my two R9 270x, but I noticed that the stuttering on CFX was so bad with the R9 270xs I decided to sell them and I found a nice deal on Ebay for a Gigabyte Windforce 780Ti, so then I got it and I was able to play GTA V at high settings with extended render distance between 50-80FPS. and I was so happy again. but then I wanted ultra settings on Every game. but my 780Ti was just not powerfull enough. even though I OCed the shit out of it. so I sold that. and Got a refrence 980ti, and it was like a 40-60% difference, and I could play GTA V at ultra 1080p with everything turned up with some MSAA at 60FPS, and dude that game is the best looking game ive seen so far. but yet my thirts ofr GPU power grew more and more. so I just recently got a second 980Ti and now I get a firestrike score of 23000 :) I'm in the top 1% :) now I'm getting 3 1080p monitors for racing and shooters. and I cant tell you how awesome PC gaming is. the games, the mods, the graphics OMG its great. the cost is a price premium, but I think its worth it. 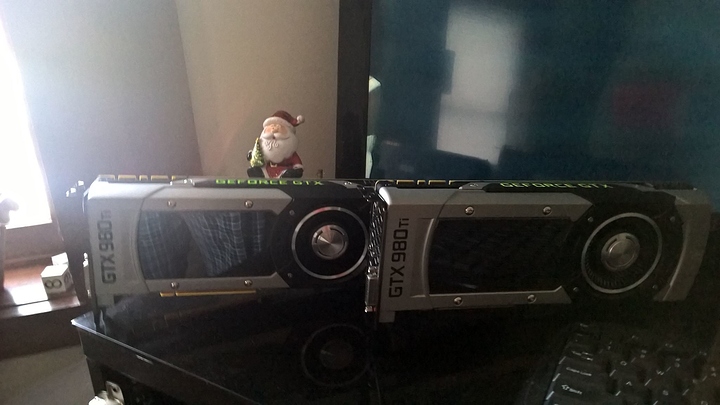 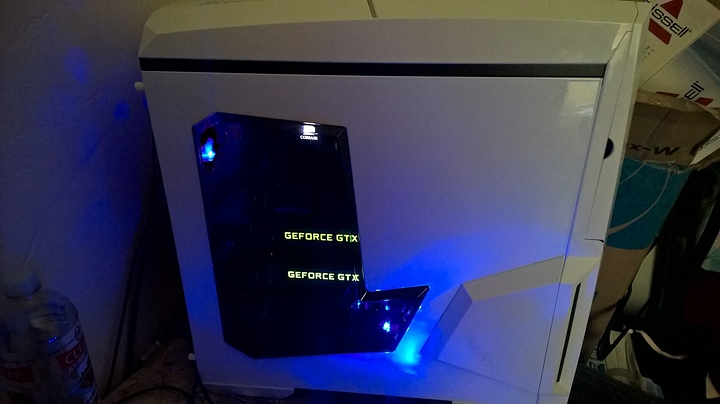 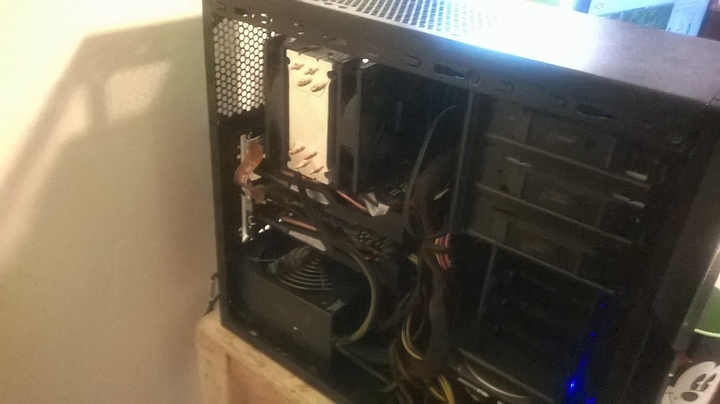 when I had my Athlon and 2 R9s

God, sometimes I think I should skip out on lan syndicate and just buy 2 of the best bang for dollar AMD GPUs. Seeing the dual 980ti's is not helping.

I about the monitors dude, maybe grab a 1440p 120-144hz Gsync panel? 1080p on three monitors seems like it would depreciate faster than those 980tis will.

Just imagine no screen tearing, ever.

The money spent there could have gone towards a nice monitor, something with Gsync.

Surround/Eyefinity is a novelty. Just get a good single monitor. Trust me, I already went through that phase.

Surround/Eyefinity is a novelty. Just get a good single monitor. Trust me, I already went through that phase.

For gaming, one monitor is enough. For productivity, two or three is really freaking nice. But I mean, epeen is epeen eh?

Well. On these forums you are only ascending
muahahahaha.

Welcome to the master race!!!

Looking at some of the posts here, I feel the need to share my opinion.

In my opinion. A better monitor is always better than a better graphics card when the high tier cards are in question.

Getting 3 1080p monitors (good quality ones) I think is a good move. Maybe you'll transition to a single monitor someday, but having the time to experience it will leave you with your own assessment of how good multiple monitor setups really are. SLI 980TI is overkill. But maybe I'm just jealous. You have the best of the best. So have fun!!

And of course, glad you are enjoying the waters of PC Master Race

Getting 3 1080p monitors (good quality ones) I think is a good move. Maybe you'll transition to a single monitor someday, but having the time to experience it will leave you with your own assessment of how good multiple monitor setups really are.

And he has 3 spare monitors later to boot. Think about having a arm setup with your main monitor in the middle and 3 1080 monitors on the side and on top.

I envy you :(
But still wouldn't change from my LG IPS screen

What the heck is a peseant?