My old rig died, time for something new

first of all, let me point out how glorious this forum is - in the short time I’ve been browsing through here I’ve gathered more actually useful information than in the past months combined.
Good stuff!

Now let me bend your ears for a moment:

I finally had to lay my old Desktop to rest after countless years of service (first gen i5-660, GTX550), so it was time to buckle up and get up to date on “modern” hardware, and so I did.

Parts taken over from the old setup include two 1080p monitors and other peripherals, so I really only need a new “core” (and maybe a new case since it’s just as old).
The new Rig will primarily be used to play games and maybe streaming later down the line.
I also have a somewhat clear picture of what components I want, so my questions are more related to technical difficulties differences

Anyway, this is what’s on my list so far:

There are however some issues I could need some input on:

From what I’ve read it pretty much doesn’t matter if you buy an OCed GPU or not since the chip will push itself to the maximum clock allowed by temps/powerdraw anyway, so in the end it’s about the capabilities of the cooler mounted on the damn things.

As mentioned above, since I’m probably using this until it dies:

And finally and to be honest the most difficult thing to wrap my head around and could really some input: The Motherboard…

I’m not in a particular hurry to buy the new rig, but being “restricted” to a laptop isn’t the greatest thing either.
If there was some reliable information available about the new nVidia 11XX GPUs I could be willing to wait and see what they bring, but since there isn’t I consider this a non-issue for now.

Please let me know what you think

I haven’t read the entire thing, because it’s way too long for me… Still, welcome to the forums, hope you have a great time, drop by the lounge

Now about that build of yours…
Get a cheaper cooler, slightly cheaper board and a better processor. You are spending more on motherboard and cooler than on the CPU itself. And the system doesn’t look balanced with that expensive ram, gpu, cooler and mid range CPU…

As for case - I don’t like any of the new trends really, so I’ll just go for my good old favorites…
Fractal Arc Midi R2
Phamteks Enthoo Pro M
NZXT H440…

One of the major perks of going with a larger cooler is that larger, slower fans can cool the same as a smaller, faster fan, but will do it quieter. If the Noctua is too expensive in your area, many other dual tower coolers will perform similarly enough for most people.

Having said that, unless you’re pushing the clocks much cheaper coolers will work just fine. The stock AMD cooler will be adequate, but a more midrange cooler, like a be quiet Dark Rock 3/4 or Cryorig H5 will also perform very well while coming in at half the price of a dual tower.

For gaming the extra cores won’t do much of anything. For streaming it could help though.

So which model GTX1080 would you recommend?

Whatever you want that’s from a respectable brand. Going with a higher end GTX 1080 may get you a nicer cooler and a factory overclock, but whether the price jump is justified is up to the buyer.

between the Strix X470-F Gaming and the higher end boards, what do I “miss” in terms of the board itself, i.e. BIOS settings/options?

One thing you might want to look into is the VRM layout. @MisteryAngel has a thread covering the VRM implementation of a few boards:

In this topic i will post details on the vrm implementations, of the new B450 and X470 motherboards. As soon as i have the details on a said board i will post it in here. You guys can use this topic as a reference on a motherboard choice, But @wendell will probablly pop out some reviews on certain new boards soon. So if you want more details on a said board, you could either watch the review, or just ask and discuss about it. I’m not fully sure how i´m going to give a proper body to this topic yet. But we will see how it goes. Any suggestions and additions to this thread are welcome.

A very general rule of thumb is more phases = better power delivery to the CPU. So basic 5-phase VRM and you probably won’t be able to overclock well and if you do OC the stability might be a bit more iffy. But a 12-phase would mean that you could potentially push the clocks a little higher and be more stable. Spreading out the heat from the power delivery can help longevity too.

I personally like the base Taichi (not the Ultimate) because it has a very nice VRM layout while still being a respectable price.

As for case, what do you have currently? There are a lot of very good cases for very good prices on the market right now.

[…] You are spending more on motherboard and cooler than on the CPU itself. And the system doesn’t look balanced with that expensive ram, gpu, cooler and mid range CPU… […]

For gaming the extra cores won’t do much of anything. For streaming it could help though.

I don’t really mind spending a bit more on the cooler if I don’t have to worry about it later. Same with the board. Aside from some tweaking of clocks/timings I’d like to set & forget the whole ordeal, but maybe the 2700X is worth considering after all. I’ll have to think this through

[…] One thing you might want to look into is the VRM layout. @MisteryAngel has a thread covering the VRM implementation of a few boards: […]

I am aware of this and read it too. Perhaps I should have clarified, I picked the Strix based on buildzoid’s rambles about various X470 boards specifically because it has good VRMs and associated heatsinks that look like they could actually do what they are intended for and the thread you linked matches ramblezoid’s impressions.
That’s why I asked about BIOS / available features compared to the more expensive boards, or heck, even the cheaper ones, because if I can save some money and still get a good board I won’t complain

Don’t worry about the case though, I have an old Lian Li that still does the job just fine.

Beast of a CPU for a great price, i have one on my main rig!

cheap 1080’s are normally cheap for a reason, there are a couple that I have seen reviews on that get quite noisey due to almost inadequate cooling…

As far as I am aware havent seen even the worst thermally throttle, they just get damn noisey over 80c.

Unless you know for certain you are going to use it, 32gb of ram is quite overkill.

6 cores / 12 threads does seem to be the point where games show diminishing returns on newer api games so 2600x (or 1600 as they are crazy cheap right now) is a good choice.

Awesome case, currently using it for my main machine, 2 top fans added as extractors and a h90 for the cpu and its more than enough to supply my 2700x and vega 64 with good cooling / airflow.

I believe that the X470-F strix lacks a B-clock generator.
And a few other less important small things like a power button.
Its one of the nicer midrange boards in terms of bios and vrm implementation.

It mainlly comes down to price.
The Asrock X470 Taichi (non Ultimate) is also offering really good value for money.
Especially wenn it comes to the vrm implementation and connectivity features.

I’m on the ultimate but it’s practically the same board.
Can confirm…

2600X is fine, switching CPU down the road is fairly easy and when AM4 is being phased out you might wanna give it another kick.

For cooling: Well, the stock cooler is in the box. Try it. If it’s too loud, switch. Fairly straight forward. Only thing to think about might be to pick a case with access to the CPU socket’s backplate. That way you don’t have to rip out the whole board and everything.

The T2’s and T4’s are really easy to install/uninstall, as is the Gamexx 400.

Against everyones advice I used the stock cooler that came with my FX-8320e. It was a huge improvement over the old phenom coolers but never got any credit. It was a good cooler and vastly quieter then I had been led too believe in the forums.

Aerocool gave me vietnam flashbacks to exploding PCs and dumbsterfires, however, that exact PSU recieved a very good review from Kitguru. I am a bit shocked to be honest. 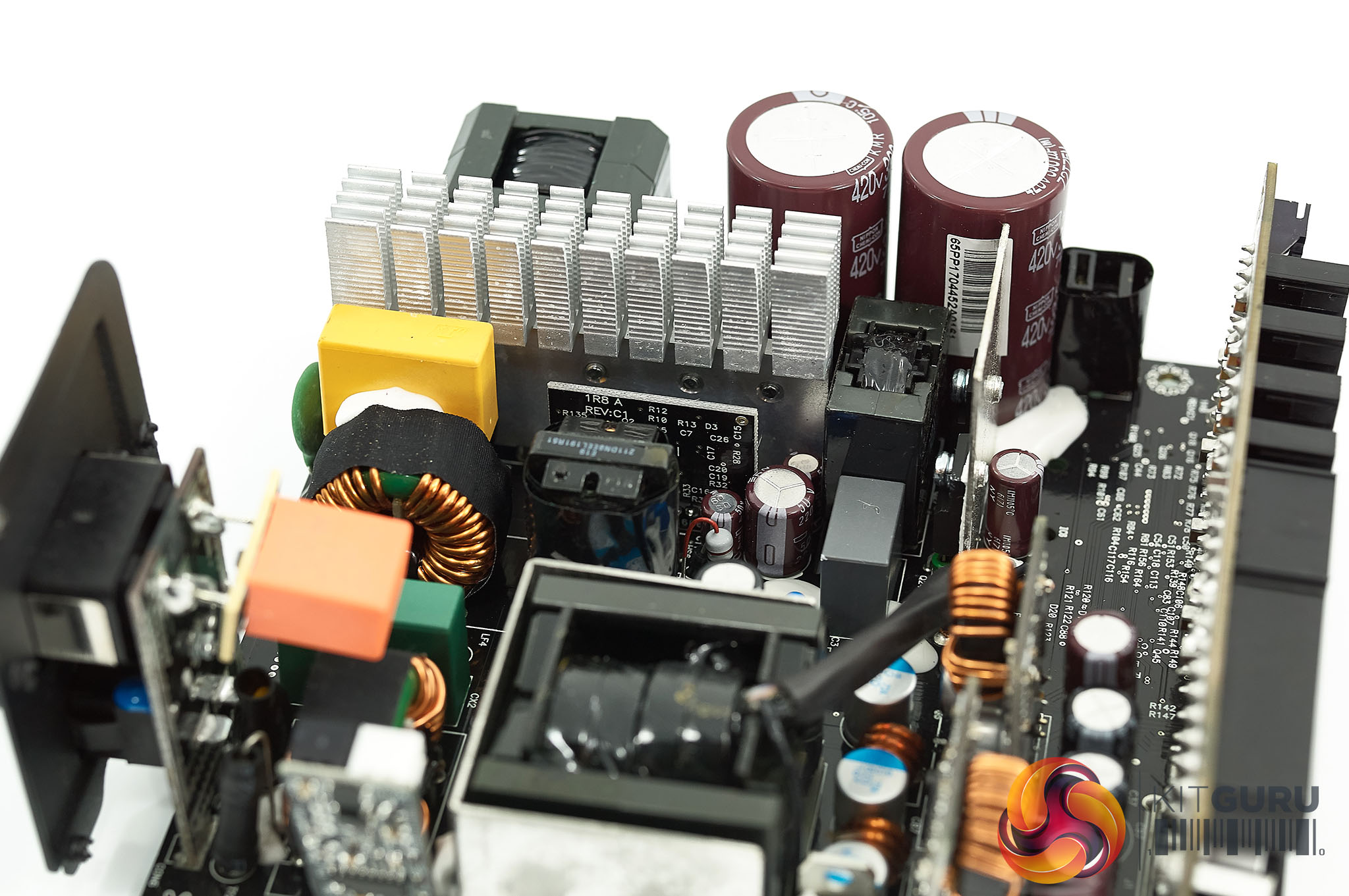 Alternatively, the SeaSonic Focus Plus 650W will do a fine job too.

Starting at 6:55, Buildzoids opinion on it:

What for? You are not running X299 here. Unless you want to go “somewhat passive” during low to medium CPU loads, it does not make sense. The NH-U14S is 400g lighter (and 20€ cheaper on mindfactory), will have better compatibility and still be quieter than most other options (including mid-tier 120mm AIOs).

Yeah i didnt put a vrm overview of the Asus X470-F strix board in the topic yet.
Still need to update it.

The NH-U14S is 400g lighter (and 20€ cheaper on mindfactory), will have better compatibility and still be quieter than most other options (including mid-tier 120mm AIOs).

Can confirm. It does all those things.

It mainlly comes down to price.
The Asrock X470 Taichi (non Ultimate) is also offering really good value for money.
Especially wenn it comes to the vrm implementation and connectivity features.

I have one, yes it’s decent. Also, 100% supported in current Linux kernels out of the box. The BIOS is not as good as ASUS though from what i understand (and i can confirm it is missing some memory timing options, etc.). But it does the job.

Inside a fractal design R6 tempered glass with stock speeds and voltages, it is virtually silent and temps seem well under control to me.

If you’re going to be overclocking well sure, maybe upgrade, but i’m seeing boost speeds to 4.3 as advertised when required, and performance is great. I never hear the CPU cooler at all.

edit:
sure, i’m talking wraith prism, but the 2700X is also a hungrier CPU. I’d run the box cooler, and only upgrade IF you deem it inadequate. Throwing money as a noctua (and don’t get me wrong, i’ve got a shit tonne of noctua fans kicking around) just “because” before even trying it is just pissing money away in my opinion.

Sorry for the late response / thread necromancy.
There has been some RL issues that needed dealing with before I could return to PC building shenanigans

Thank you all for your responses - I’m still on the edge about 2600X/2700X but I guess I’ll go for the 2700X in the end. It might not be the bang-per-buck king, but I really don’t plan on touching that system again once it’s built.

I shall post the rig once it is built