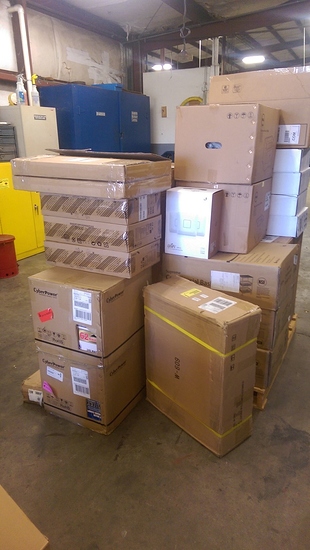 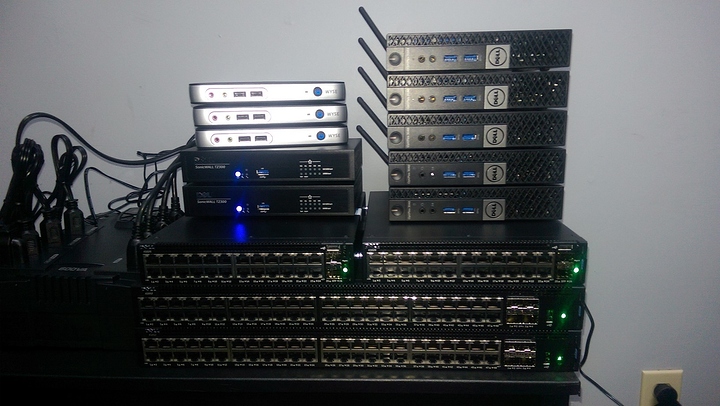 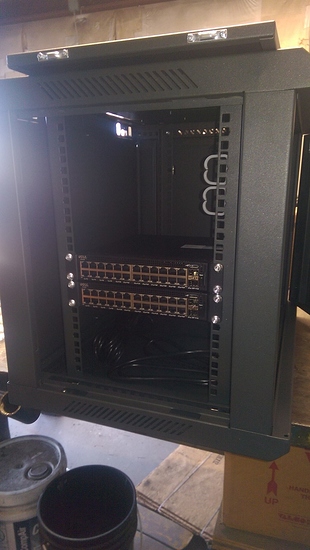 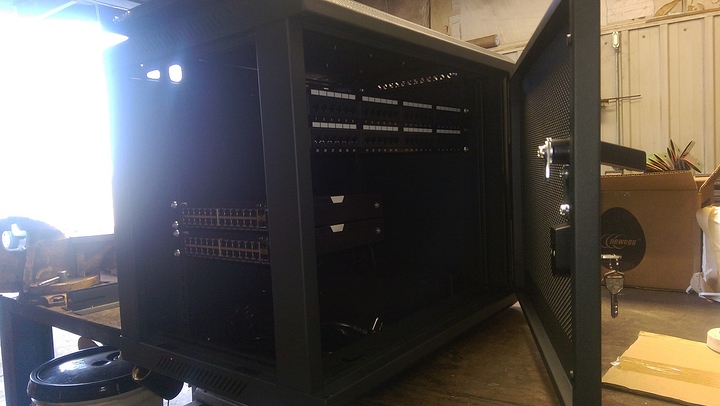 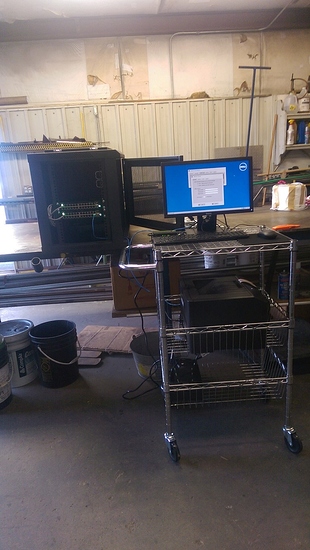 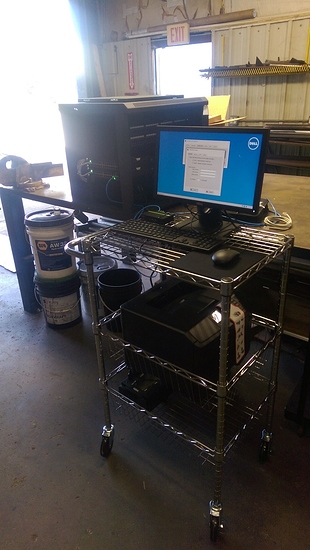 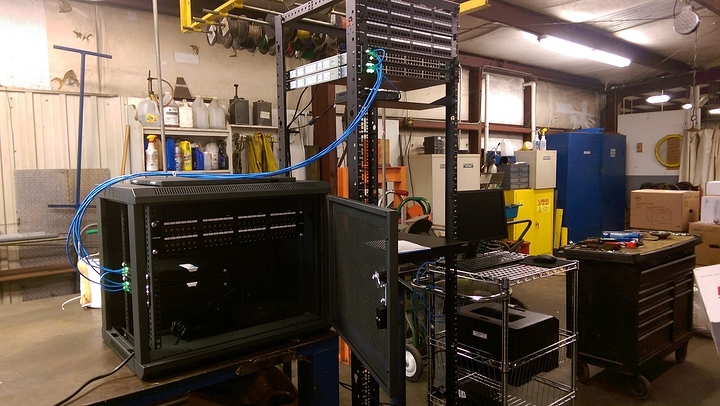 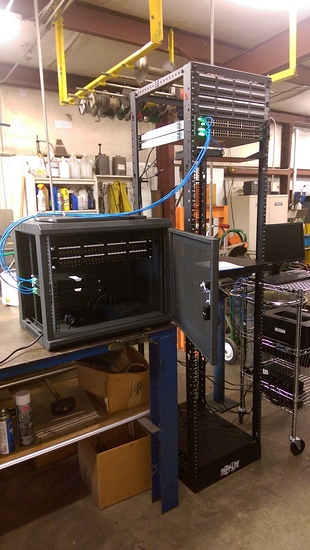 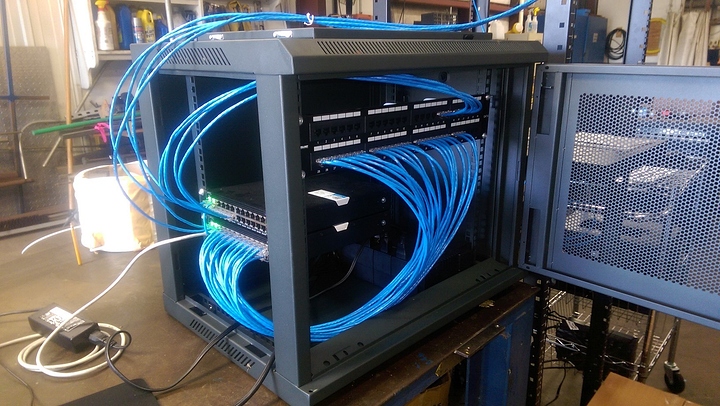 The cabling begins, halfway through with this switching station. If people are interested I will update as it progresses.

Looks like a lot of military shops I've worked in.....

but why put it in the middle of the room?

Initial bench setup, will palletize it all and ship out for installation onsite. The facility it is going into is still under construction so I'm getting it all pre staged. I'm not going to have much time to work with once the facility is ready so I have to do as much ahead of time as possible.

I guess "little"is relative :D. What are you planning on doing with the rack?

In addition to the patch panels, switching, and firewall it will also hold the WAN router, battery backup, and domain controller. We are planning an upgrade next year that should include a second battery backup (I am having dual power circuits installed for the server room so I will have full power redundancy internally), terminal server, and replicating SQL server. Later on it will need its own NAS as well. This is a secondary facility that needs a lot of room for phased growth so the rack will only be about 50% full at the end of this little project but will scale out over the next couple of years. All of this hardware should have a service life of 4-7 years so it has to be able to handle the long term projected workload.

Update: I have not made much visible progress recently, so no new pictures, but there has been a lot going on administratively.

Due to some plan changes this system will also be getting a new Asterisk VOIP box as well as a server upgrade. I was originally going to re-purpose an existing server as a physical DC to get the project off the ground, but now it is getting a PowerEdge R710 with dual Xeons as a Hyper-V host which will host a DC VM and APP VM, both running MS2012R2.

Parts were ordered today, and new building scheduled to be roughed in and fiber terminated just before Thanksgiving. Looks like I'll be eating a Turkey sammich while configuring on the fly. More posts to follow as time permits.