hope this makes you laugh and yes it is really that loud....

i know i am a terrible human being 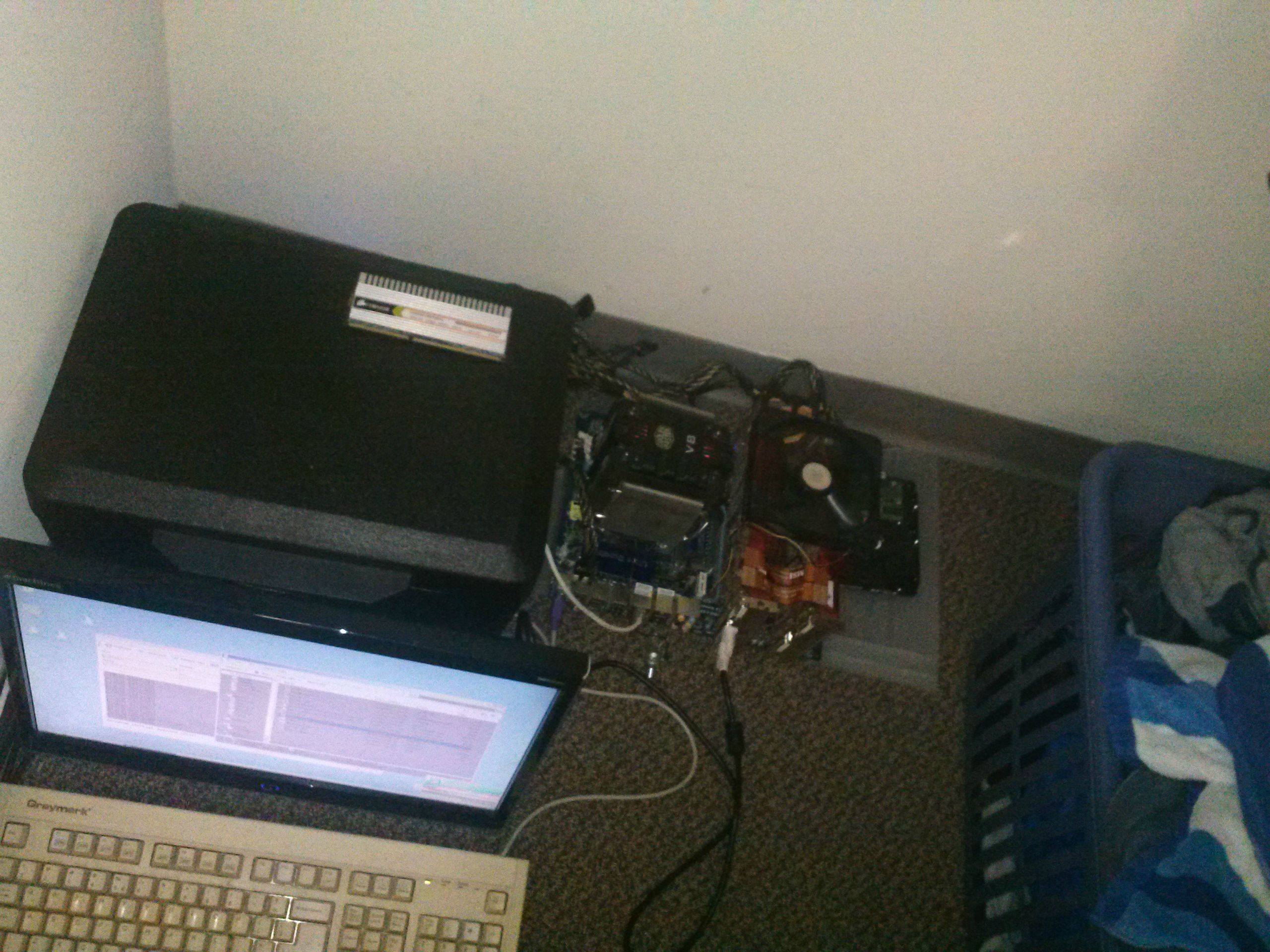 lol amazing stuff. Don't forget to clean it every so often with some toothpaste and water.

Luckily mine stays at 78 degrees as long as I keep the side of the case off ^.^

Have to say though this 6770 has astonished me, I used to have a 5770 in my main pc a good few years ago and it was not exactly the quietest card but I can leave this 6770 on minumum fan while mining and it still does not go above 80 degrees in a define r3 with side on and low speed fans.

lulz.. you know its ghetto when one of them is sitting on a cardboard newegg box..... and the other is on a tablestand/couch lol with a desk fan as cooling :D ftw edition!!!

It's a desk fan on the ledge above the newegg box now to. I had to use those fans the card blowers were driving me crazy.Lol