Just did a build for a buddy (his first gaming rig)… the MicroCenter in my area had an in-store only deal going on which steered me towards being ok with it budget-wise, but all told he’s really happy with it.

Aorus’ software isn’t as sharp as MSI’s, which is why I generally tend towards MSI cards, but I’ve loved Gigabyte’s boards so as of late, I’ve ended up doing builds for friends that involved the Aorus line more and more.

Another lovely video, thanks Wendell!

Currently the RTX2070 Super is the better card for games in general.
However it also is significantly more expensive.
So yeah hopefully when the custom 5700 and 5700XT cards come out,
hopefully the prices will get a little bit better.
Because a 5700XT reference is still a bit pricy for its performance.

wtf are those charts at 4.45, all sorts of wrong

Whats wrong about it?
I generally see a similar pattern to what most other reviewers also get.

That’s also the reason why the RTX2070 Super is significantly more expensive,
then the RX5700XT

I think that the actual bang for buck card here is the RX5700.
It is significantly cheaper then the RTX2060 Super.

The RTX2060 Super currently up here prices are on par with the RX5700XT.

Well of course wendell could have used a different fps scale,
to make the blocks more closely together.
However it’s mainly about the numbers, not so much about the image.

The graphs should really start at 0 and use a consistent scale.
Don’t start charts in videos from the bottom, do them left to right if you need more space.

Data visualization is one of the most important tools we have to analyze data. But it’s just as easy to mislead as it is to educate using charts and graphs. In this article we’ll take a look at 3 of the most common ways in which visualizations can be... 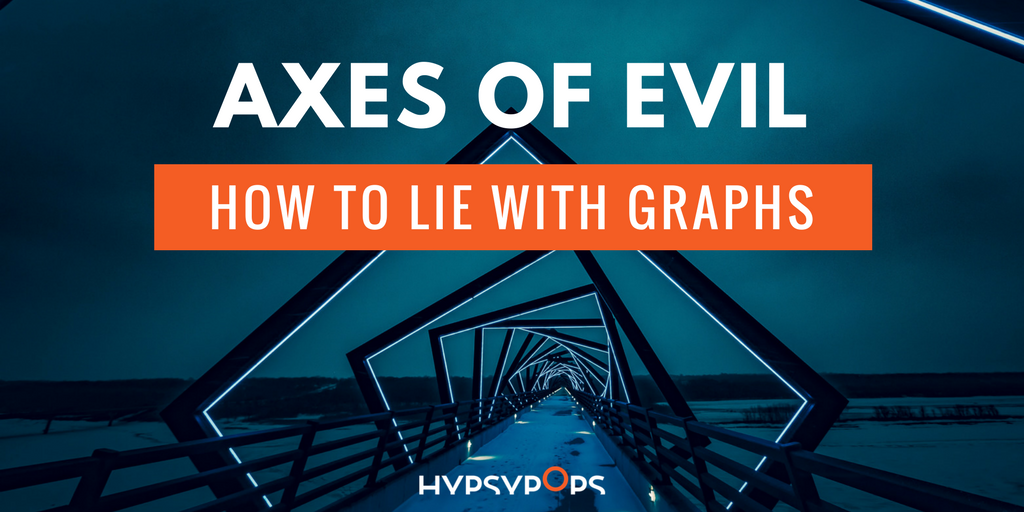 Axes of evil: How to lie with graphs • Hypsypops Design Co.

Hopefully-unnecessary disclaimer: This post is satire. I do NOT condone anyone intentionally misleading their audiences. Use your powers for good, people! 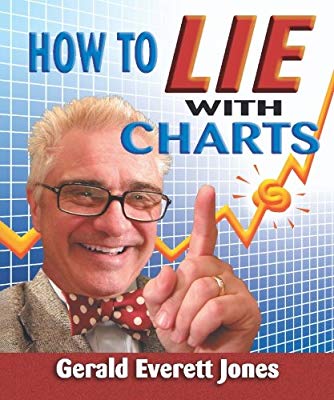 How To Lie With Charts: Second Edition

The graphs should really start at 0 and use a consistent scale.
Don’t start charts in videos from the bottom, do them left to right if you need more space.

Yes of course that is fair enough.

However this video was likely more ment to get some accurate data numbers out.
@wendell doesn’t have all the time to test and bench gazillion games out there,
like Hardware Unboxed or Gamers Nexus does.
Thatś why i personally don’t really much problems with these graphs.
In the end people who are looking for benchmark data on games around the board,
there are other sources like named above to check out as well.

If you want to put out accurate data numbers, why, and excuse my phrasing, ass up the presentation.
Accurate data is as much about the data as it is about how the data is presented.

It’s the principle that matters, I know this could easily have been done better.

I dont mind non zero y axis but I must have margins of error and standard deviations.

Whats wrong about it?

The difference is hugely exaggerated in the video. It took me a second and a close look at the numbers in the bars to notice how small the difference really was. 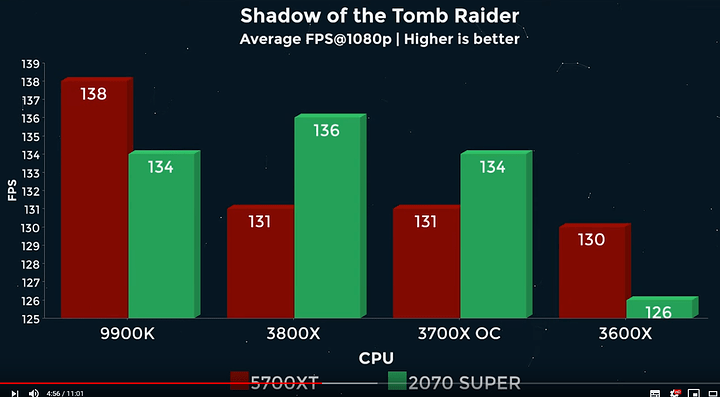 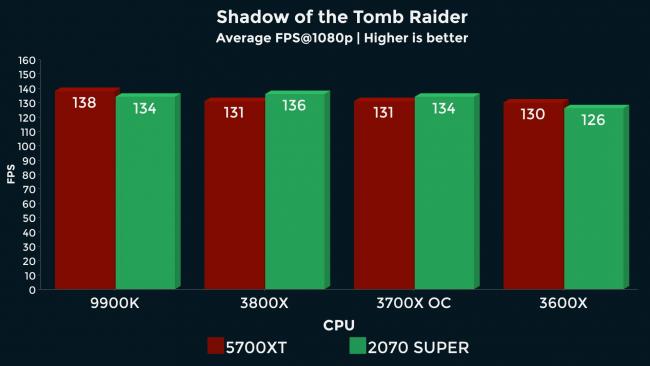 There is a reason many reputable scientists use logarithmic scales in their graphs… Because they are better at showing differences!

Yes of course, but i generally look at the numbers.
Not so much at the said bars.

Still the RX-5700 is actually the best bang for buck card out there.
It’s a very compatitive card at $350,-