I'll be getting a Node 304 build this summer, but there is one thing I'm not sure about: can I put an msata ssd in the onboard msata slot and use it as a bootdrive? I'm using the Asrock Z87E

The Asrock page only mentions using it as a cache drive for a mechanical drive.
In the manual it says that the SATA3_4 connector is shared with the msata slot, so I guess it should be possible?
I want to be sure tho, so I'm posting it here :) 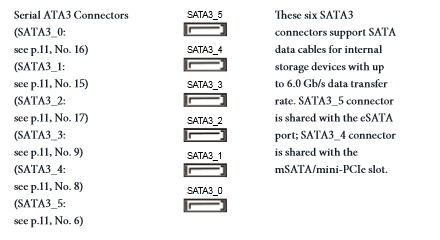 Of course you can, the machine will see the mSATA drive as being on sata3_4 as it says in the diagram and you can make any sata drive a boot drive

Alright, awesome :)
Any other comments regarding the other components?

the m2-sata slot is probably shared, with an onboard sata port 3/4 you probably need to set those ports at m-sata in the bios. the m-sata slot probably runs from an as-media chip not from the southbridge.

That looks prettyy good, but just a warning that the fans on that H80i might be kinda loud if you try to run them at 100%