I have used my G4 Play for a while now and it is still doing fine. I don’t need a whole lot of things from my phone, I run LineageOS and a couple things from F-Droid. No Google services, chromium is as stripped down as possible and the only closed applications I use are Amazon Video, Spotify, Weather Pro and Brave.

I don’t need a great camera, I don’t use it as a boombox, I couldn’t give less shits about super high resolution on a phone screen. The one feature that really got my attention is the 4000mAH battery. I have 2800 mAH right now and can have it on standby for four to five days. Pushing that by 50% plus having quick charge available … that sounds amazing to me.

Has anyone else eyes on that device?
Am I missing something?

Haaahhh what shall I say.
OK.
So.
Here’s the thing.

I really like the Motorola devices as devices. The hardware seems solid. I have a Moto X Play for about 2 years now and I’m happy with the hardware.
However, their software support is garbage at best. When I got my X Play, I got Android 6 when I first installed it because it was released shortly after the device. Then Android 7 came along and in their support article they stated that it would be coming to my device soon.

Fast forward 1 year and Android is finally updated to 7.1 (skipping 7.0, luckily). I have not seen a single update since. Security patch level is 1 September 2017.
And Motorola uses almost clean Android mind you (they have a few apps like their moto assistant and FM radio, but that’s about it). So not a lot of customisation going on there that would take time.

That being said I know you’ll be running LineageOS (btw, are you rolling your own? Because it’s not supported), just stating my experience with them.
For the missing updates - whether I need them or not - personally I wouldn’t buy a second one, I’m not keen on supporting Lenovo on that one. Especially since they plan to bundle more security updates and have less frequent updates going forward … like… how? every 5 years?

Anyway, the decision is yours but personally I don’t want to support this.

Performance could be better, LineageOS feels snappier on my Moto G4 Play than the stock ROM on the 6 Play. Now I wait for custom ROMs to come out. Basically anything without Google-Apps so I can just use F-Droid and get ridonculous battery life.

The device itself feels great, solid, good weight and despite how it looks on paper, I like the screen. Also it comes with exactly what I want and nothing more. The phone, a cheap transparent case, charger and USB cable.

I’ll be updating this when something happens or I find something interesting.

For some reason the navigation on XDA Forums has gotten terrible. So for (mostly me but also) anyone interested in the device and how the custom ROM situation looks, here is the link.

While I don’t have a Moto G6 to comment on, i’ve recently been looking to replace my Moto G4 Plus, and will unfortunately not replace it with any Motorola phone. While the G6 looks pretty appealing from a price/spec standpoint, as well as the clean software, the extensive ghost touch problems i’ve had with the G4 has put me off the motorola brand.

In addition to the ghost touch issue, which seems to be a very common occurence in G4 and G5 phones based on reports (might crop up in the G6 as well, time will tell), i don’t want to support Lenovo anymore as a company because of shitty business and security practices. Also, the battery performance of my G4 has completely cratered in a single year, to the point where I barely get half a day of standby time anymore. Also, android updates seem to be very slow or nonexistent, as Mihawk commented on.

So to summarise: In my opinion Motorola/Lenovo is generally good at hardware/price point, but bad on updates and QC.

I’ll likely be buying a Nokia 6 or 7 Plus next week to replace my one-year old G4 Plus. Hopefully you’ll have better luck with your G6 than i’ve had with my motorola phone.

I guarantee you, the battery stuff is solely on software. When you get a new phone, try lineage on the G4 and don’t run any google stuff or anything that kinda stays on.

Also, the battery performance of my G4 has completely cratered in a single year,

Having the same experience with my X Play… battery completely tanked, it was really good at the start. I had this before where it turned off at around 10% when doing some heavy tasks (i.e. games) because it might have miscalculated or whatever. I could just turn it back on, don’t run games and it was fine. But yesterday it was more extreme… turned off and 25% and it wasn’t possible to use it after restart either…

Yeah, software issues probably contribute quite a bit, as the phone tends to get quite warm during usage. But due to the ghost touch issue i dont really want to spend the time putting in a new ROM since i’ll replace it soon anyway.

Kinda miss my old Note 4 that got stolen, I had 4 different batteries for that bad boy that i just could exchange on the fly. The demise of removable batteries has been the worst trend in mobile tech :’(

Shame that they removed that option in later generations, as i dont think the G6 Play has that

Nope, doesn’t. But it really doesn’t matter if you don’t install Google Power Virus Services. That is the thing, the G6 Play costs 170,- bucks brand new and is pretty much all battery. 4000mAh with a screen and some other stuff. That will easily last a week the moment I get rid of the stock ROM.

Bought one for the Mom- the 450 is laggier than I thought it would be, in fact I went into developer options and cut the animation down to .5. the 625 on the g5 is plenty snappy, I feel/fear this 450 is going to really suffer after some updates/not age well (maybe it will be a good thing Moto is slow to update for this use case). Finger print is laggy too. May have to leverage lineageos if updates impact it more. Then again I’m coming from a OP6 and lineageos LG G3 before that.

Screen is a pleasant surprise though, had my fears about 720p. Overall asthetics of the phone are that of a much more premium phone. Kudos to the SD card support as well. 3gigs ram imo is good for this segment as well.

Waiting to see if I can filter out pesky Amazon notifications when they pop (will not be logging in an account)- another reason to lineage it- but for now I just want a simple oem / non altered for my mom.

So far I have unlocked the bootloader, installed TWRP and flashed Resurrection Remix. It kinda works … as a phone … but it is very alpha, if that.

Also that ROM comes with a linked in app? And I can’t uninstall that?
I would prefer a LineageOS, I guess…

Upon re-inspection of the G6 Play after it has had weeks of light use- I’m weary of it’s future proofness- IMO one OEM OS update and it might be too clunky to use. The SOC seems to be just barely capable, and on a fresh install/new phone IMO thats a very bad sign as to how it will age.

Yeah, stock ROM looks relatively clean at first glance but there is still lots of stuff slowing it down.

I can say battery life with my half functional phone is kinda sick. In standby doing jack shit it drops about 5% … per DAY! I’m not joking, that seems consistent. This thing could just be stuffed in a drawer and would still have charge almost three weeks later.

So after the resurrection redux I now installed an unofficial version of LineageOS from here:

Hi all, I've made my work on AOSP Phh-Treble as modular as possible, so that it can be reused on other ROMs. As part of this effort, I'm releasing GSIs of…

It seems to have a few of the same issues but I like the OS a lot more, it is well cleaned up and very easy to use. Resurrection redux had problems reading my SD-card and no support for a fingerprint sensor. Those two things are fixed in this Lineage version. The SMS app is still buggy, I can’t install APKs like F-Droid and the camera doesn’t work so it is half usable but still more a work in progress…

The other thing I found out about was project treble and how it might be a giant pain in the ass for custom ROMs. Basically you have the Android OS separated from the drivers (which is great) but also preinstalled stuff (that is what I mean). Regardless of what ROM I install, I will always have a motorola file browser, a Dolby app, a LinkedIn app and some other shit I don’t want. I hope I can get rid of that crap somehow entirely but so far I dealt with those apps by disable, force off, clearing the caches and removing all permissions.

I’m not a fan of where this is going.

It’s been a while since I last looked at the device but that might change soon. I just found out that the kernel source for the G6 Play is finally available, actually it is for over a month now. 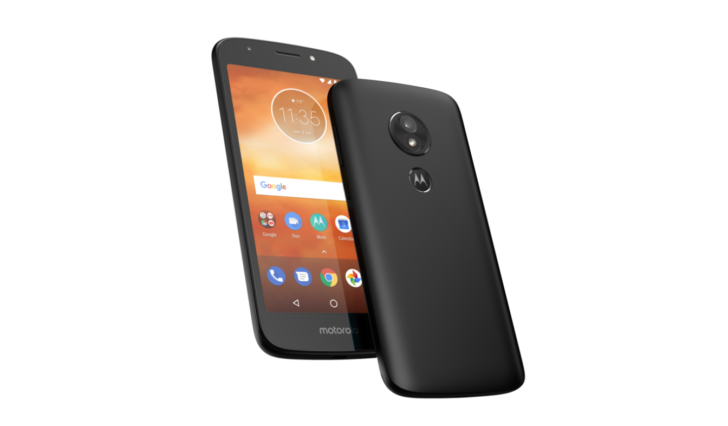 I’m still hoping for paranoid android or lineageOS support for this device, it would get it damn close to a perfect phone for me.

I’d do the Z3. Its support window software wise is open for the next 2 or 3 android versions.

Seems like Motorola is stepping up their game, huh. I wonder if this one’s gonna be marked down for Balck Friday. Interested to try out MOtorola . Been both a loyal Samsun and iPhone user. Wanna change it up a bit this time

I have a Z3 play. Best phone I’ve had so far minus the not having a headphone jack.