More Windows 8 RTM ISOs Are Leaked Onto The Web

With the release of Windows 8 to technet subscribers on August 15th, and the retail release on October 26th, it did not take long for the first leak of Windows 8 Enterprise N to be spured to file sharing sites; and not too long after, both the x86 and x64 versions of Windows 8 Professional were leaked as well.

http://windows8beta.com/  provided this information on the ISOs...

It seems like there is no stopping the leaks,with the reports coming from Winunleaked,that the 32 bit as well as 64 bit version of Windows 8 Enterprise edition has been leaked along with the Windows 8 Pro version of 32 bit and 64 bit about to be leaked over the web.These leaked versions are said to be untouched versions,unlike the earlier leaked version i.e Enterprise N which was a stripped down version with no Media center.

I took the liberty to downloading one of these ISOs to check the build number and it's legitimacy, and sure enough, it's the real deal. Microsoft seriously needs to kick up their security with their unreleased software.

The ISOs I downloaded were soon deleted after I checked the build number. I did, however, find a funny little image of super Steve Balmer in the download. 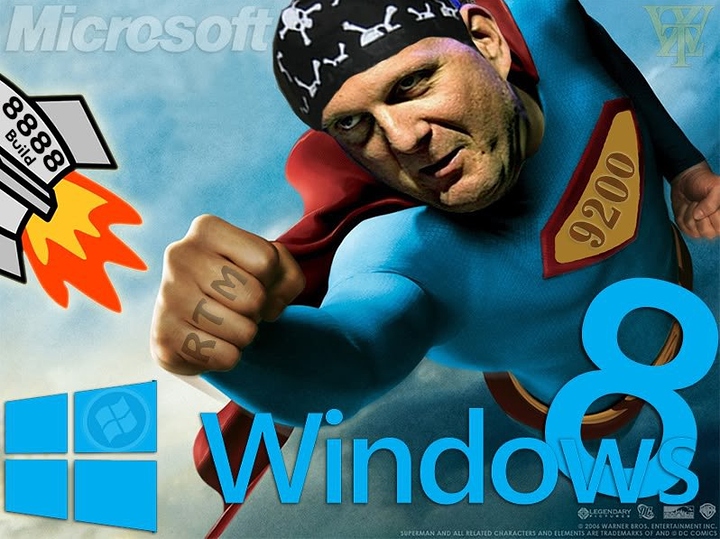 No Media center... This might be the best version of Windows 8.