I am having some more GTA 5 config problems. Here is the situation.

While only using the GTA 5 ingame vsync, my game is fine, however if i ever dip below 60 it looks like garbage, it gets all stuttery and such.

While using adaptive in control panel and off in game, I have good performance and stuff if i dip but when i go over 60 it looks like garbage because it will still tear.

When i set vsync on in control panel and off in game, it tears like no other

So, i messed around with afterburner and set a cap of 60 fps. my results were:

with the cap and vsync off in game, it tears like crazy

with the cap on and vsync set to adaptive in control panel, it tears like crazy

with the cap on and vsync on, i run into bad performance when i dip

Is there any way to avoid using vsync in a way that makes it awful when it dips. the lowest it dips to is 44 at the absolute lowest. ill post some pics of my settings.

Also, the screen tearing is completely gone when i run in borderless window, however the game seems alot more clunky and stuttery, even at 60 fps 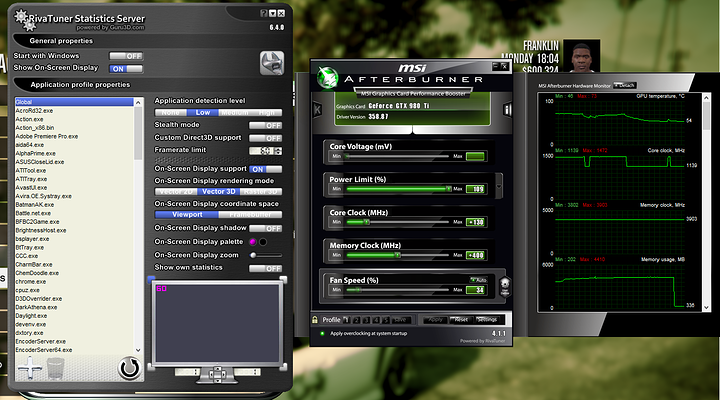 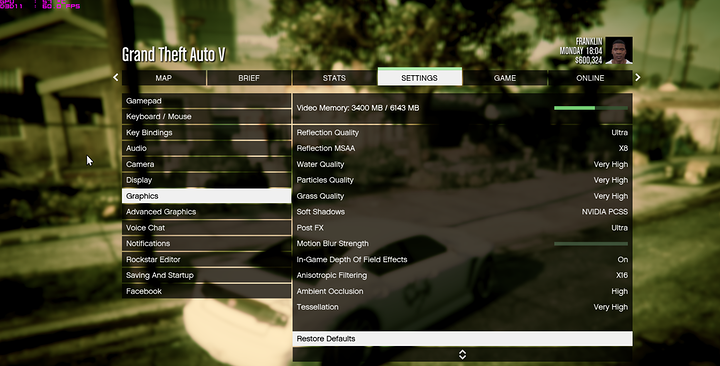 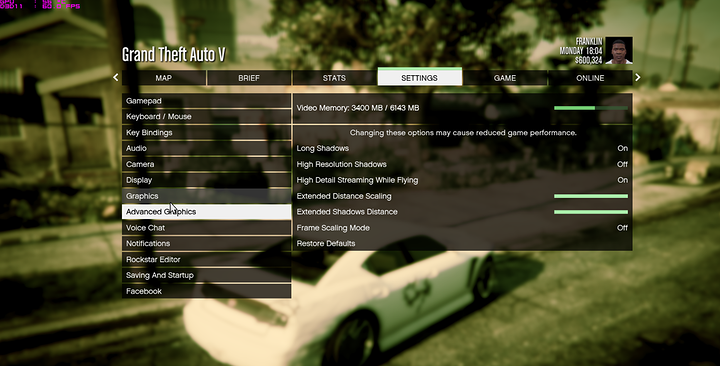 I just leave the vsync settings to default on control panel and just vsync on in games. All works good for me.

Problem with that is if i dip below 60 it stutters and looks like a power point, even though i have 50 fps

And what resolution are you playing at? and what monitor are you using btw?

Not sure why it would do that. Sorry.

are you running the latest drivers? Nvidia just released drivers a few days ago.

Also this is semi-relevant. but there is a massive bug with Nvidia cards right now where the card is not using it's full potential at certain refresh rates. there is a fix for this coming soon, I don't know if this is the issue you're dealing with but this could be a possibility.

This was happening before the release and after the release of the drivers. I have updated, and i has happened on both

and the bug? that just got announced today that is eventually going to be fixed?

pretty sure that i dont have that bug, but i have no idea how to check. im only running 60hz

can you even enable G-Sync from the Nvidia control panel? if so, turn it off, AND turn off V-Sync as well.

it's the adaptive sync setting. if it's like freesync on AMD cards I'm sure you have to enable it on Nvidia's Control Panel. maybe it's active and it's messing with the graphics card. if it's on turn it off.

OH, i tried that earlier. when both vsync and adaptive are off it tears like no other, i cant even see the screen with how bad it tears

keep them both off, then turn on V-Sync in GTA V.

Same problem. Runs fine at 60fps but when it drops below 60 at all it looks like shit

when you say looks like shit, what do you mean? like tearing? graphics are acting up? cause screen tearing happens when your graphics card is outputing frames as such a fast pace that your monitors refresh rate can't properly sync. thus a tear forms.

And also on a sidenote, are you running WIndows 10?