Monoprice Tube Amp-Please Help If You Can [SOLVED]

My amp arrived yesterday and I'm sad.
I'm getting scratchy-humming noise over the speakers when plugged into the monitor and directly to the motherboard.
When I am plugged into my phone or when using Bluetooth it's smooth as a Kardasian ass.
I replaced my RCA cable with no change.
My guess is that there is an impedance issue but am no electrician. Any help with troubleshooting/fixing will be appreciated.

I already have a customer support request with monoprice in queue.

Its not impedance. Depending on your mobo, you just have a bunch of inherent noise in the system.

When I plug an amp into a less than amazing motherboard, I will actually get extra hum when I move my mouse around.

Every mobo sound card is going to have lots and lots of noise.

Like @Tjj226_Angel said, often it's so bad you can hear process heavy events happening as your CPU changes power states and the master clock fluctuates in power draw.

I probably should have included more information. I am using a Gigabyte Z97X-Gaming 5 mobo which is supposed to have isolated audio. Currently I am taking the audio from the audio output from an ASUS MX279 which in turn is getting it's audio through the HDMI connection with the video card.

I ordered this hoping for a fix. What do you think? 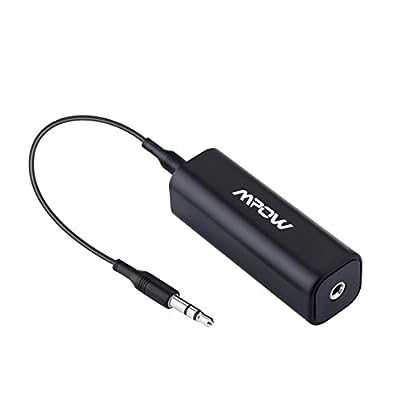 The reason I leaned towards impedance was because of an issue I one had with a Bose ANR headset and older audio system in an aircraft that I used to fly and it had similar symptoms. I do not know the ins and outs of electronics.

That tracks, I get an increase in scratchiness when I scroll down webpages.

If I run a DAC before the tube amp as a pre-amp would that clean up the sound?

Prior to incorporating the tube amp I had my headphone connected in the rear ports and had no noise. Still do.

run a DAC before the tube amp as a pre-amp 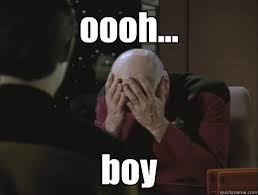 .... DAC = "Digital to Analog Converter"
It's not a pre-amp. It takes digitally encoded data in (generally through usb) and puts out your desired analog wave forms.

A "ground isolator" is most likely not going to magically filter out the noise coming from your cpu's fluctuating power draw. As we said, mobo sound cards are always terrible for having clean audio.

Do yourself a favor and get an external DAC if you want clean audio.

Oh, and you prolly also never noticed the noise with your headphones because they prolly aren't very sensitive. (always the case with cheap headphones)

Here's my next question, and thank you for your input. So I understand now that a DAC is not an amp do you think that it will play nice with my amp if I run it between the computer and the amp? I don't need anything for my cheapo headphones because I am happy with the sound quality.

BTW did not know that these were cheap headphones. 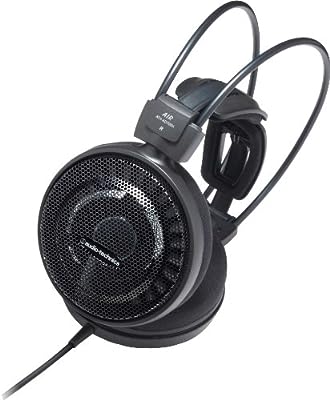 Here's my next question, and thank you for your input. So I understand now that a DAC is not an amp do you think that it will play nice with my amp if I run it between the computer and the amp? I don't need anything for my cheapo headphones because I am happy with the sound quality.

Yep, it's certainly worth a shot. If not, they'll work great with your headphones!

BTW did not know that these were cheap headphones.

AD700X? I've never actually tried that model. I would definitely say that's the entry-level price bracket if you're wanting good headphones. I'm an audiophile though so I should prolly just shut up.

I took it in jest.

Those are the headphones that I have been using for the past year or so. I get good spacial awareness in FPS games and they sound very clean without any silly frills. I would recommend them to anyone looking for the most bang-for-the-buck for gaming. I'm not an audiophile, but music/movies sounds great too.

Iv'e been playing with the amp some more, disconnected it from the monitor and directly to the mobo and the noise has reduced a little bit. I just noticed that when I switch the amp to Bluetooth there is still some noise, much lower but still there until I disconnect the RCA inputs. Then I ran prime 95 and it started hissing and buzzing like an angry swarm of African bees.

Everything I'm doing is confirming what you are saying, dammit. I thought this mobo was supposed to be immune to this kind of problem.

Thanks again for your input.

Probably not, tube amps generally have a lot of noise, especially the cheap ones. I've even had $200+ ones make noise, which is un-acceptable for that much money.

Thanks for the reply, I'm kicking myself in the ass for this purchase. Pain in the neck to RMA from Bumfuk, AK.

Possibility of it being a ground loop issue too.

Like some of the above posts, from interference, Iike whatever the CPU is doing, I've had my laptop do the same thing through my home theater system. Unplugging it from the wall and running off battery only or temporarily lifting the ground (Not a safe thing to do for permanent use) and the noise went away.

The best thing I can think of, is ground isolation. Trust me, ground connections can be a big source of headaches for many people dealing with audio of any kind.

Already have a ground isolator en route. I'll try it before returning the amp. Thanks for the input.

Avoid consumer tube amplifier stuff, especially under 500 dollars, there isn't much point in them for headphones at all.

I got it for use with speakers.

Hate to crash dreams, but a good tube amp runs in the thousands of dollars (easily 1000.00).
Did you need a high dampening factor for any particular reason ? (like incredible bass with the proper speakers)
*cf : EPI, AR, Boston Acc....)

Good valve amps can be had for 500 dollars if you're good at soldering.
Buying those cheap 1hunglow valve amps like music angel amplifiers can offer really good value if you know how to fix them up.

Ah yes, the good old days of debugging and replacing parts; mainly finding the problem was quite a thrill............
You are quite right, there are some beauties out there that only require TLC.
Unfortunately the tooling for such operations are getting more and more scarce. I often look at my scope and generators and wonder if they will ever be used again............

Thanks to everyone for their input. Ground loop isolator fixed the problem.