I will use the second rig for occasional (fun!) 3D modeling and gaming.

What mobo should I get? Wouldn’t mind it to be future proof for upgrade. But if I get new X570, will that work with older 2700X?

Or I could also get some of the newer processors. But what do you guys think?

Or I could also get some of the newer processors. But what do you guys think?

No dont waste the money

What mobo should I get?

I can’t really pinpoint one exactly, but I’ve had great luck with Asus (got the Crosshair VIII Impact) so I’d suggest getting something from them.

If B550 was available when I built my system I would’ve bought one of those. Those motherboards are usually equipped with higher end features (2.5GB LAN, front USB 3.1 connector, debug LED, etc.) but for a lower price. I’d just make sure to get one with decent VRM cooling and good connectivity.

They usually do with no BIOS update needed. Just make sure when you’re buying one that your CPU is supported even in new BIOS revisions because you’ll never know if you might get a board with a newer BIOS than the one it launched with.

Or I could also get some of the newer processors.

As mutation666 said, it would be a waste of money. The 2700X is a perfectly capable CPU for occasional 3D modeling and gaming. Especially because it’s a machine you’re not gonna use often I’d try to get this system going without spending a fortune on it.

I’m gonna throw this at you just for fun: have you thought about making it into an ITX build? Since I did mine I’ve been intrigued and I think others might enjoy it aswell.

I would suggest to go with something like a Asrock X470 Taichi,
if he could find one for cheap.
B550 boards do not “officially” support 2000 series cpu´s i believe.
And yeah X570 is kinda pointless for 2000 series cpu´s.

Although X570 boards might be easier to find now days.

I’d just make sure to get one with decent VRM cooling and good connectivity.

I just bought a new budget Mobo for my ‘bits left over build’ although that is for a 2200G currently, I may end upgrading it when I figure out what I’m going to use it for.

I basically got the cheapest board which has a decent chunk of metal on the VRMs and has good overall reviews (and is compatible of course). 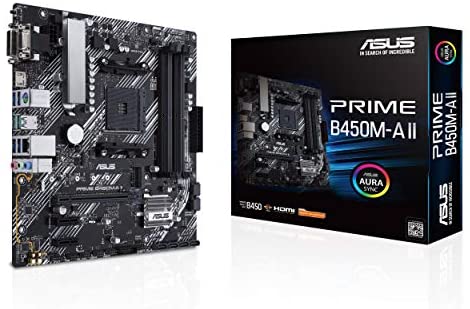 There are a lot of negative reviews about it dying after a few months, although those are for the ‘A’ SKU not the ‘A II’. The ‘A II’ reviews seem fine from what I’ve seen. I wouldn’t be surprised if they made a new SKU after fixing the problems with the first one (I hope).

My main rig is an ASUS Prime X370 Pro and it has been rock solid (except the default bios tune being a bit aggressive), so working on previous positive experience. This mobo also has 6 SATA (two on the side) ports which is pretty decent from what I’ve seen. May do a NAS with it or something.

After looking my options here in Japan it is very much seller’s market. Everything is nearly same as what it was when new. Seeing X470 boards going for higher than what they were when new. Fascinating.

Hi, @nyankocool. I would follow @MisteryAngel advice and get an X470 Taichi, don’t spend a lot of money on the board. If you can’t find a cheap X470 Taichi, then purchase an X570 Taichi. My backup computer is based on a Ryzen 3700 and an X570 Taichi motherboard. There are several advantages to buying an Asrock Taichi. A few of them are that the motherboard’s BIOS settings are set by default (meaning no need to change BIOS settings) for the AMD-V feature set (essential for my type of workloads). Another reason for purchasing a Taichi, the motherboard’s BIOS settings are set for easy installation of a Linux distro by default, meaning no need to change the BIOS settings so that you can install a Linux distribution. Also, it seems to have a lot of choices of ram that will run on that board.

@Shadowbane That is great to know. I am definitely interested in Linux so I think this is what I will need.
@MisteryAngel thanks for great advice on X470 taichi. I like everything I have heard about it.
I found used X470 taichi in auction that has some USB header pins destroyed and some thermal grease on socket. I think I might be able to get this working and get a decent deal on this.
Otherwise X470 taichi goes for around 280 dollars used here.

I found junk listed X470 Taichi in listed in Yahoo auctions with thermal paste on socket and a damaged USB header pin. I figure I might be able to get a decent deal on this one so going to keep bidding.
I figure that thermal paste on or in socket is not impossible fix. Nothing a patience and tons of IPA cant fix right? Judging from the photos it doesnt seem bad case, might even work as it is.

You might have to purchase a new X570 motherboard for the ram as mentioned above to work, but I would install this ram kit in whatever new motherboard you get first. If it isn’t compatible, it will just not boot up.

The 400 and 500 series mainboards will take it, along with having support for any newer processors [likely at cost of no longer supporting the 2700X]. Check with Patriot, regarding memory compatibility - they may have a backlog of tested mainboards

I just received second hand X470 Taichi! Big thanks for recommending it, I already love it! The auction seller listed it as junk because it had some thermal paste in the socket. No problem though, works like a charm with my 2700X.
I had to reset the bios in order to get it to post though, but once that was done, it worked without having to setup everything. Already have a basic Windows setup.
I left the memory running as stock for now, maybe once I can confirm the long term stability I will see if I can get some XMP going.
Also the BIOS is about a million times better than Gigabyte one.

It works really well. Also I am constantly amazed how powerful the scythe cooler is and nearly completely quiet. I almost can’t tell if it’s on. It cost about 40 bucks. 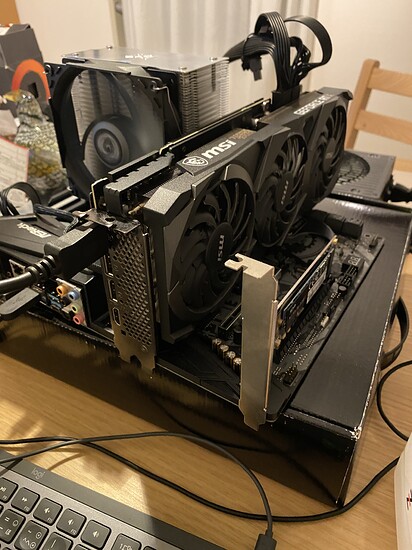 Thank you sooo much for recommending me this board. Having gone through three AM4 boards before this I can already tell how good quality this is. This really works right out of the box and also somehow I feel the quality of the BIOS code is way better than in Gigabyte X570 boards for example, there are constant BIOS fixes, changes and updates.

Actually! I am going to test my Reverb G2 with this. It never worked with my X570 as there is a known compatibility issue with the headset and many AM4 boards. Somehow I have the feeling that it might work with this one.

This is a bit late to the party but the MSI B450 Tomahawk MAX is also a great 2700X board and would support upgrades to 5900X, in case someone else is looking for a decent solution.

Congrats on the board!