Migrating from Xbox360 to PC, need some opinions

I know you guys get this question alot and I'm sorry if I'm another one of them. Well I want to migrate from the xbox to PC, but I don't want to buy the typical built desktop PC on your typical stores, so I decided that I want to build one but to be honest I have never built one nor have any idea on PCs(I suck) and basiclly I've been learning whats what and where goes where and how stuff work this past 2 weeks and did my homework, did my researches and so on, and basiclly I came up with somewhat a build but I have a couple of second options of which would be better since I never tried any of them, and I would like some opinions  based on experience of people. It's basiclly for gaming, and to be more specific, FPS like Battlefield3, Crysis 3, Far Cry 3, Borderlands 2, etc. and a little bit of RTS'ing.
This is what I came up with:

OR my second option on these 3 would be:

and for the rest I think I've decided what I'll be choosing, but I'd be glad to read some other recommandations and so.

Case: haven't chosen one yet.

Hope to get a little help here thanks!

It looks like you have everything set. Your choice if you want to go with AMD or Intel, even though people will tell you intel is better, there is little diffrence in performance. And it shows you did your homework, as almost all components are great. But I think the power supply might be a bit too much, unless you plan on doing SLI in the future. 600 watts would be plenty. ( Correct me if I'm wrong)

Well I'm trying to be ready for Battlefield 4 and I left behind my xbox back home in the US and I moved to Spain and that made me think about migrating to PC and I've been trying to find some other good informative reviews about AMD, but all I come up with when I search PC build is a ton of videos and people using intel i5 3570 and so I said what the heck, it must be that good and some videos using the i7 3770, and then I stumbled on the youtube channel of this website (Mr. Beard Guy) last night and I shocked when I saw the comparison with the AMD 8350 and that's how I ended here and that made me think about which one. I have no idea with which one to go because my PC is pretty standard and it's been a really long time since I enjoyed playing PC games, I mean my PC very basic for entertainment and for daily use and office work and it's so bad that Battlefield Free2Play in it's lowest setting will still have a hard time running. Well if   a 600W PSU would work fine on this build, then I'd be better off with one and I haven't had any thoughts on doing SLI.

Well a couple of people told me that i'd be better off with a 1000w PSU but doesn't that sound a wee bit excessive?

nope, as long as it's an effiecient powersupply. ok there's a bit more to it than that here read my posts in this thread:http://teksyndicate.com/forum/build-pc/what-powersupply-should-i-pick-my-build/136929

this will fill you in on most of what you need to know.

anymore questions shoot away i and others are willing to help

Thanks for the link, it was helpful! I only have one more concern, it's about which cpu and mobo to choose of the ones I mentiones in  my question up there. Do I get the AMD?Intel?Cheaper one of the two? thats where I'm kinda lost.

well it both proccesors have they're streangth's and weaknesses, it depends on what your doing with them

Well I want to make a gaming PC.

Where are you from btw, and are you bying  monitor, keyboard, mouse, speakers etc...

Spain, and well the 2k will be for the PC, not including monitor and etc.

>is on tek syndicate 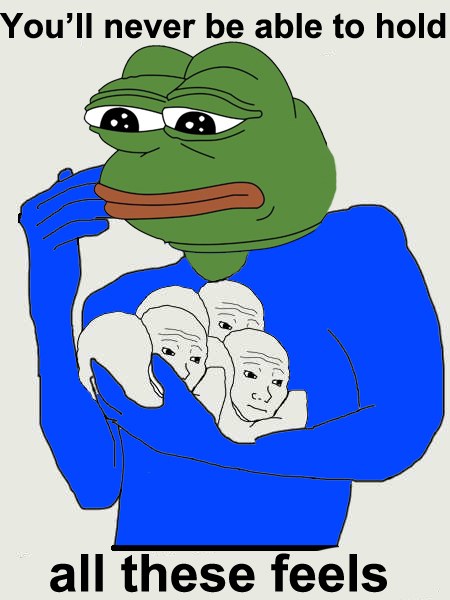 My vote would be for the AMD CPU and mobo. It's all about them extra cores! Most current games don't use more than a couple, but future games will definitely take advantage.

Also, go ahead and keep that 750W PSU in your build. You may not think about SLI right now, but if you want to in the future, the extra wattage will be nice to have.

Your PC is shaping up to be a BEAST, I wish I had a $2k budget! lol

You might want some extra wattage in the future, but it is enough to run Minecraft alright at a nice framerate. Seriously, running Java in the PC version and with terribly coded graphics (by that I mean the rendering is god awful, even on a high end CPU) isn't helping either. I believe the reason why the PC version is ahead of the Xbox 360 version in updates is due to it having to be recoded into C++ for the 360 version because Java is unacceptable in the XBLA marketplace (and it was developed later on in advance).

But yeah, pretty good build. I would prefer to go with an AMD GPU more (even though I am with NVIDIA at the moment, that will change), but that's my preference :P

it's been a while that I last bought a game and installed and went "WOWZOMGWTFNERDGASM" , hard to believe but the last game I played on the PC was back in 1999 Midtown Madness, Age of Empires and it's expansion. And that's my PC gaming streak, not sure I can even call it a streak lol. NES>SEGA Mega Drive>PC,PSOne>Gamecube>Xbox>Xbox 360> and soon this frankenstein I'm building and I hope I'll be puking rainbows with this lol. You know, with 2000 euro i can make you a build (with a monitor) that will make you sense nerdvana every time you look at your pc... The question is, can you take it, dont want you getting heart attack or smt...