Microsoft either hates gamers or they think we are all stupid. I can understand why. They see many in the gaming community buying into EA and Activision's nonsense (extreme prices, tons of paid DLC, season passes etc.).

Check out the video and let us know what you think.


This is a companion discussion topic for the original entry at https://teksyndicate.com/videos/microsoft-fcking-pc-gaming-community-history-future-rant30
4 Likes
Stanli March 3, 2016, 11:21pm #2

Since the forum topic for this Rant:30 is here, to answer @DeusQain: I'd like a T-shirt that says "I own my hardware".
Btw, thank you guys for making these videos. Rant:30 is fun to watch.

This has no difference for me when it comes to Windows Store, or Uplay. I havent ever used them as so far they havent had any games for me. I'm the kind of gamer who thinks seriously cracking bought DA:I simply because there is exclusive Logitech blue pony I cannot get.

I'm already only one of my friends who plays any Origin games because of DA, ME, BF, possibly upcoming NFS. They are only one doing my kind of RPG games aside from CPR & Bethesda, so what can I do, do them myself?
"BTW, have bought all Zweihänders."

So you see, I'm already questioning any of these three platforms as only one of my friends does that Uplay thing. So thats 1 out of 39 people for only two of these platforms, and I dont think my friends are THAT special bunch of yolos.

Another great episode, Love what you're doing, 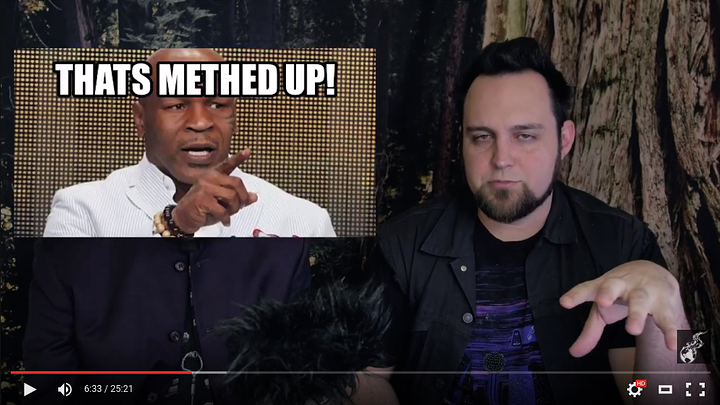 Also, there is no Mac OS support for Vulkan as far as I know (its more on apple's side).

A quote from this article sheds some light

Apple, for what it’s worth, has been absent from the Khronos announcements. As the company is pushing Metal on both mobile and desktop, it looks unlikely that they will be adopting Vulkan any time soon. In which case Vulkan wouldn’t quite match OpenGL ES 3.0’s universal reach due to Apple’s reliance on proprietary APIs.

Hand-Made in HK for less than one would expect to pay for a department store jacket here in the states.

reminds me of when the guys from Top Gear visited Vietnam and got head-to-toe custom clothes :D

Let's just hope that Vulkan can overtake DirectX as the primary API for gaming. I love the compatibility going back to Windows XP and that it also supports Linux distros as well. ANYTHING that weakens the stranglehold Microsoft has on us, the PC gaming community, the better.

I like to call them Microsnot instead of microsoft.

The final nail is in the desktop coffin and Microsoft can't help but pound on it with the biggest hammer they can find.

Microsoft must be trying to kill itself. First Windows 10 privacy and now this monster. I've been moving over to Linux buuut FO4 doesn't work on Linux just yet.

If anything good comes from this it will be Linux adoption.

Next time I'm their I'm having a jacket made! Missed out last time.

There's an interview here with Chris Roberts about DX12/Vulkan

I agree I hope Microsoft keeps fucking up and encouraging Steam and Linux. I'm on Linux sure.

Windows users will get an advantage from Microsoft fucking up as well. If Steam and Linux becomes big. Microsoft will have to pick up its game and make Windows better for gaming and most likely more open.

Im thinking about installing either gnome or steam os, not sure though because of compatibility. Maybe if Microsoft fucks up enough linux will get more love and everything will work out after companies start making their software for linux.

@DeusQain I'm sure you're aware a Mach-O is not an exe but that hurt to watch.

@DeusQain in the video you claimed the xbox's all use similar CPUs, False the 360 used PowerPC while the original and the One uses x86 which is why the one isn't backward compatible

@The_Space_Bear I was just about to point this out. Also @DeusQain I'm sure the hardware between the PS1 and PS2 was different but they were both based on the MIPS ISA although granted if I remember right the PS2 had an actual GPU so that's a major difference. They might actually be software compatible to an extent given they were based on the same ISA although possibly not.

I said it's a binary, which for the layman, is "like an exe file"