A step in the right direction. The complete lack of serviceability of the first two generation Surface Laptops were what put me off recommending it to anyone - the same with the Surface Pros.

Hopefully we’ll see a move in this direction with the Pros, but I won’t hold my breath. 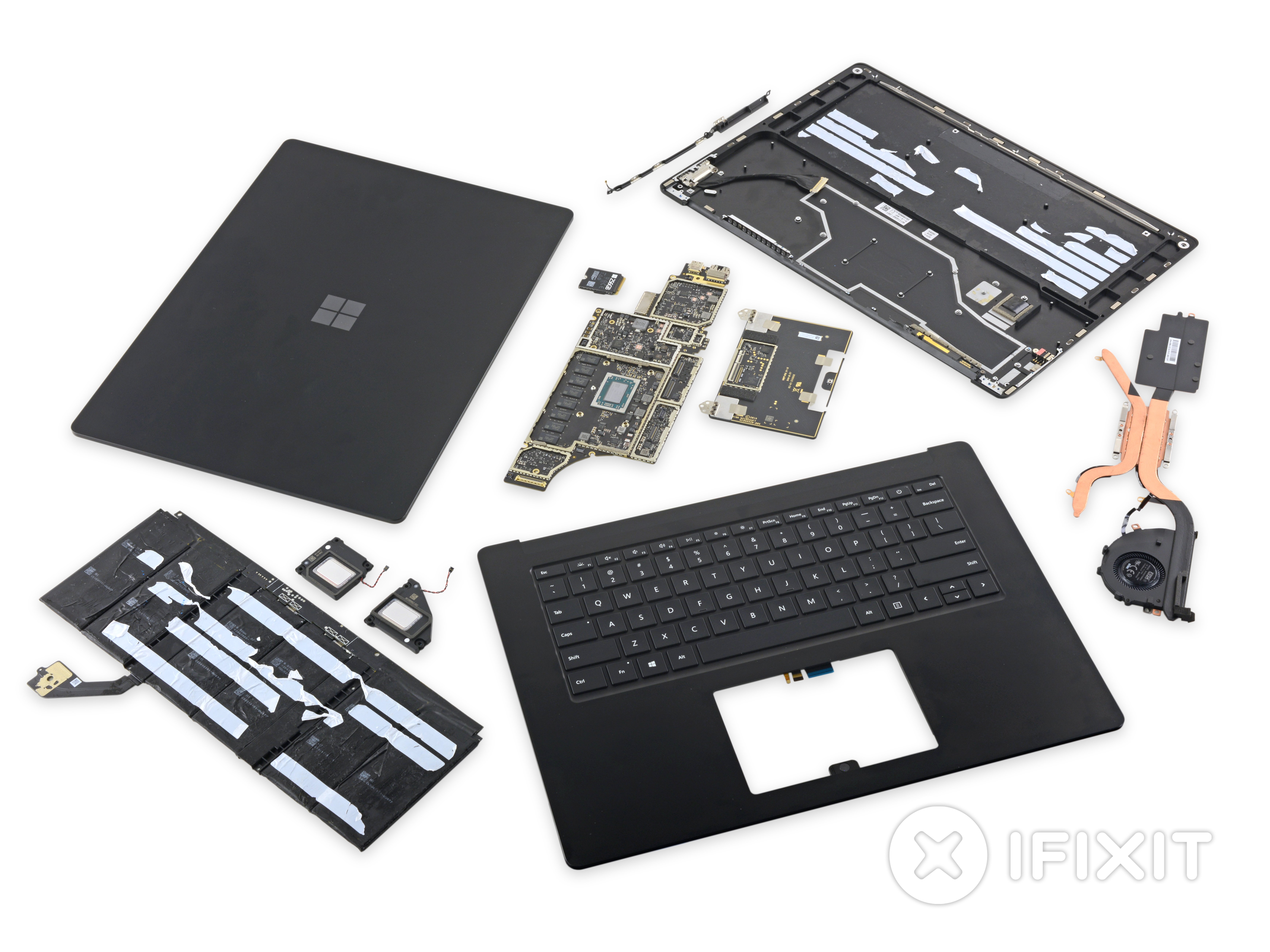 Teardown of the Surface Laptop 3 reveals a shocking turnaround in repairability on what used to be our least-favorite laptop design. Performed Oct 22, 2019.

Also to be seen how available 2230 SSDs will be.

Credit where credit is due: that’s great news.

Alcantara on the regular surface model laptop though is still brain damaged-retarded though.

I haven’t seen any complete horror stories about the Alcantara. Appears to hold up well over time.

Wow, an easily replaceable 3.5mm jack on a laptop, I don’t think I’ve ever seen that before. If they brought back replaceable SODIMM’s, then it would be fantastic. However the major thing holding me back from recommending this to anyone now is the lack of IO, but it definitely is a step in the right direction. Definitely more likely to recommend this laptop to people over their surface pro line garbage. 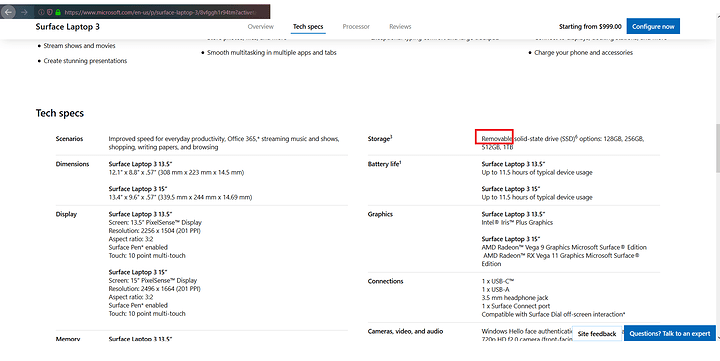 They even mention on their website that the SSD is replaceable. Fantastic.

Would definitely be on my list of possibilities, if I was currently looking for an alternative to a Macbook Pro 13. A shame the 15 inch has a relatively small battery.

If only it had an SD card slot, but literally everyone has got rid of them on thin and lights, and there isn’t a massive market demand to justify it, I guess.

My feeling is Microsoft realized not making Macbook clones was truly a strength, not a weakness. We finally got past copying the OG Macbook Air. That’s why the Surface tablet has been so successful, most competitors don’t offer that form-factor at all and those that do, can’t compete on quality.

Serviceability and upgradability is a competitive advantage in the marketplace; offering these things in a laptop as svelte and sexy as any Macbook is a compelling proposition.

I would like to see the Surface Laptop with a 360 degree hinge. Not for drawing or tablet use, because tent mode is particularly nice on airplanes.

Fujitsu still has SD card readers, ethernet, VGA, HDMI, Type C, and nearly all other common ports. Bit difficult to get their laptops in North America though, but if you get the opportunity to get one, fucking eat that shit up.

I’ve owned a couple of Surface covers with it and they get grotty and horrible looking reasonably easy. Google for surface laptop dirt or something, it doesn’t hold up anywhere near as well as say… plastic or aluminium.

I still can’t live with 1 USB-A and 1 USB-C. You pretty much need a hub to get any use out of the ports. Also it’s unknown if they’re high amperage ports or low amperage ports. (Though on Linux, the USB-C port will likely malfunction first thing)