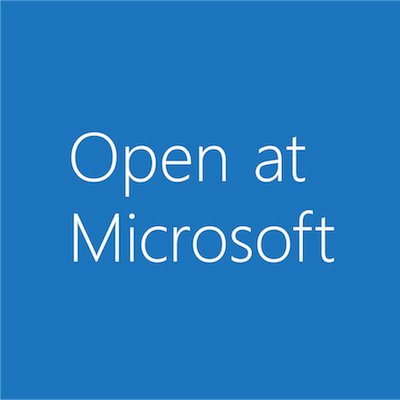 We’re pleased to announce that Microsoft is supporting the addition of Microsoft’s exFAT technology to the Linux kernel.

Finally! exFAT patents where one of the big things that made me doubt that “MS

Linux”, but that is gone now. Action matters more than words, and this is major action.

Yeah MS went from being the great devil to the slight nuisance.

I am ok with this. 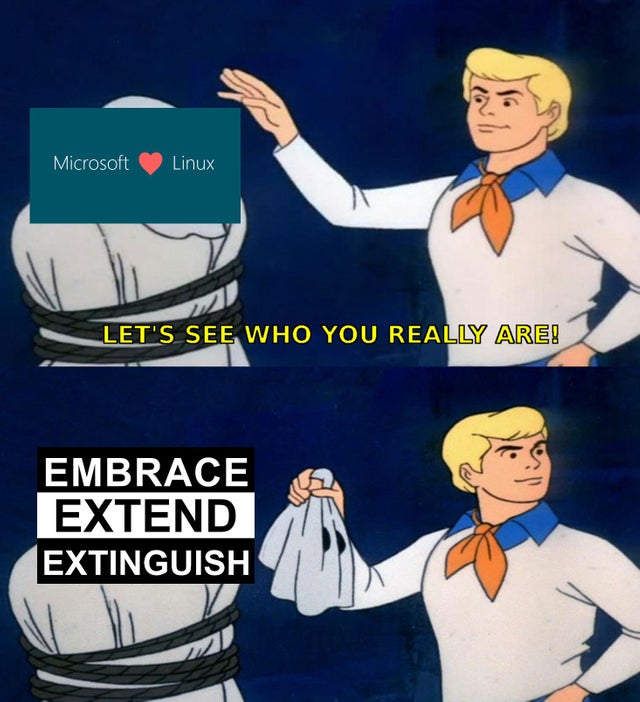 This was the major stumbling point to SDXC and SDUC working on Linux. Very glad to see this finally taking shape. Soon ProRes and DNxHR recorders can take in Davinci Resolve Linux Exports natively rather than through FUSE.

The thing is, they could still exclusively license use in the Linux kernel, then disallow other open source projects access to the same sources and remain patent encumbered for everyone else. It may be a win for Linux, but nobody else can use it because the patents remain.

The thing is, they could still exclusively license use in the Linux kernel, then disallow other open source projects access to the same sources and remain patent encumbered for everyone else.

That’s not what the article implies.

They are the great technological leaders of our time. What happened when they bought Linux? We received the Windows Subsystem for Linux, exFAT on Linux distributions, the greatest compiler of all time (Roslyn), and of course the glorious CORE projects that power all platforms and uses (.NET Core, PowerShell Core, Linux Core, Azure Core, Ballmer Core, etc.).

Today is a true testament of all time culminating to the single point of computer science and engineering. No more will we be isolated due to our filesystems, programming language, or kernel. No more shall we utter the phrase “POSIX”, because that word is as dead as Oracle’s Unix.

Now, it is Microsoft echoing this sentiment: “The Core, The Core, and The Core.”

Extend your trust in our masters

Extinguish all fears of Microsoft

Then, when the time comes for you to cross the river of life into the beyond, your last conscious thoughts will be: The Core, The Core, and The Core.

finally I can stop formatting my flash drives as NTFS

That’s not what the article implies.

That blog post can mean a lot of things, it looks like PR and legal departments were involved in the creation of this…

There is literally nothing wrong with this.

There is literally nothing

I’m sorry for assuming that you were trying to say that seeking profits was a bad thing. In hindsight that would be a really retarded thing to say, my apologies for not thinking better of you.

they could still exclusively license use in the Linux kernel

How? Wouldnt that be incompatible with the linux kernels current licensing?

But never forget that Microsoft loves money a lot more.

That blog post can mean a lot of things, it looks like PR and legal departments were involved in the creation of this…

Sure it can mean a lot of things. What I’m referring to is:

To this end, we will be making Microsoft’s technical specification for exFAT publicly available to facilitate development of conformant, interoperable implementations.

You can speculate all you want, but it’s pretty clear they want development efforts and integration of exFAT into other platforms.

Regarding the PR and Legal department: Microsoft has 144,000 full time employees. So yeah, they’re not just going to let some random developer start a Reddit post about it. Also, any time you distribute or integrate FOSS/OSS software you should consult a legal department.

You can speculate all you want

And I will. I’ll always expect the absolute fucking worst and then some when it comes to Microsoft.
But we’ll see how this plays out when things actually happen.

seize the means of compilation?

Hmm. Has anyone heard from the other OS projects?
The BSDs, Illumos, ReactOS, Haiku, et al.

Have any of them looked at the legalese to see if they can implement an exFAT driver?