Note: This display does feature an external power brick. This is part of the weight reduction strategy.


This is, so far, my favorite 4k Korean monitor. It has almost the same "guts" as the AMH 409, but is an all metal construction that is light and sturdy. I got the name slightly wrong in the voiceover, forgive me ;) This also makes the fourth 4k / 40 inch monitor that we've reviewed. The trick is that 4k displays over about 37" inches diagonally don't require display scaling. So you can use one of these 4k displays like as if it were 4x 1080p monitors with all that screen real-estate.


This display is also the only SuperMVA panel to sport Freesync support that we've tested, but the implementation is still a bit buggy from our testing.


Overall, the design aesthetic of this monitor is really something to look at. No logos, branding or other fluff to distract you from the monitor itself. The bezel and case are a simple and understated all-metal design that is an excellent clean and modern design.


This is a companion discussion topic for the original entry at https://teksyndicate.com/videos/microboard-4k-40-monitor-sexy-all-metal-display
6 Likes
40"+ 4k ips freesync monitors?
abigfloppyclock October 16, 2015, 4:22am #2

This is the one I've been waiting for since it was mentioned in these forums previously. Couple of questions. Firstly, about this monitor specifically - no remote but an IR deflector correct? EDIT: Just saw it on eBay - it does have a remote.

And a question on these 40" 4K Korean monitors in general. I hear they switch to 1080p easily, just not at the desired framerate but what about 1440p. How well do they handle this? Do they letterbox or do they fill the screen at 1440p?

I'm currently in the process of building a new rig and will be getting a single high end card soon and realise that 4k just isn't attainable right now at high settings but what about 1440p at fairly decent settings? Providing these monitors can fill the screen at that resolution of course.
EDIT2: Just watching the 'eBay watching' numbers climb in real time XD gone from 17 to 30 watching in about 30 minutes.

Looks like I found my next display purchase, great video Wendell

There is a logo, but it's not distracting. I haven't had any time to do any amount of testing on it yet, but it's a very nice, very clear monitor. I have no dead pixels that I've found yet, so I'm happy about that. Definitely worth the $550 I spent this far. 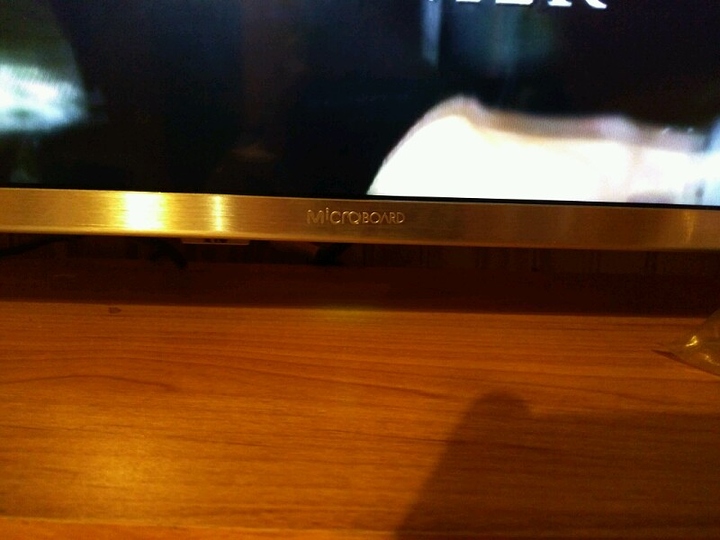 There is a remote version, but not all listings sell the remote. You need to look specifically at the "+ remote" listings. It is in Korean, but it's a fairly standard remote and just guessing based on typical remote layout, I found "menu" and "back" buttons instantly. 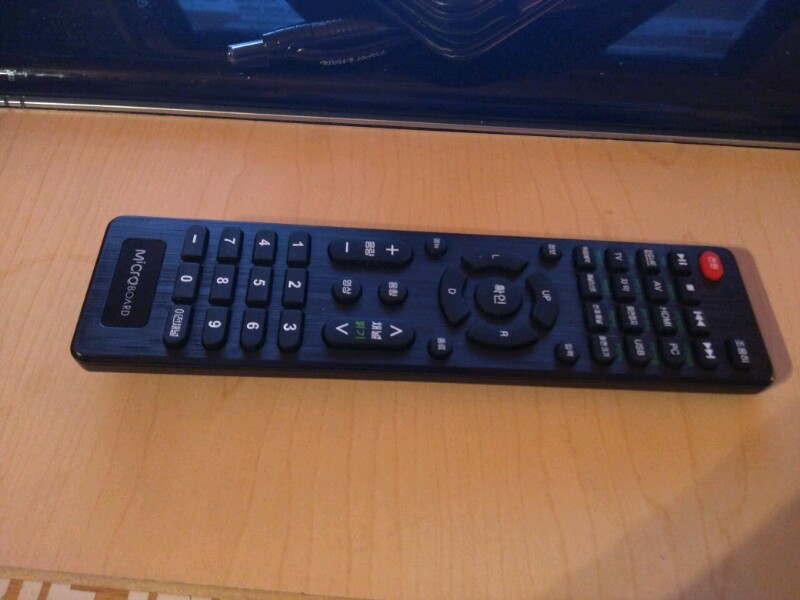 Other than that, remote usage isn't super necessary in my opinion.

I've lusting for a new giant 4k monitor but now i'm between this and the wasabi mango, i'll wait for some more impressions but i think this is winning so far (and 200 usd cheaper i think)

Thanks. That's a new type of remote I haven't yet seen in these other 40 panels. Your front bezel is a metal finish also so it looks like there are variations there. The one Wendell reviewed was metal rear and black metal front I think.

Wendell's is slightly different, yes. I got the "hairline art bezel" version, which has the stainless bezel all the way around, and then the black rear on the panel. All the I/O is covered in stainless also. It's really sleek. I did have to go around the edges and tighten a few small screws to get the bezel to meet right at the corners. You can remove it completely if you want I believe, each edge is attached independently of the others, and the bottom edge is the only one that wraps around the edge.

I have to install the wall mount I purchased for it tomorrow, so I'll do more pictures of the aesthetic bits then. Worked another 14+ hours today(and still working now at 3:20am), so I haven't had time.

This monitor looks nice, kinda wished I bought this one instead of UHD490. Well at least I'll have working freesync (I hope) off the bat.

I like that they did a unique controller for this screen, the generic ones are sortof meh with 90% of buttons being useless.

You do really need to experience a 40" 4k screen to appreciate it, I have talked to alot of people who went to friends house or whatever to try a 4k/40" or similar out and are like meh. You gotta settle into it to truly appreciate one, meaning owning one for a while not just play testing on one for 10minutes.

That remote makes this monitor even more interesting. Could use it as a TV or a monitor.

Any one knows if the screen finishing is glossy? Glossy screens kill my eyes -.-

Does this have speakers built in? I want to use it as a TV then later as a display.

I am totally in love with the idea of 4K at 40"...but I don't think the tech is quite ready yet. The color bleed for me is a major issue. I think once the panels start getting better and the hardware driving them matures they will be unstoppable. I imagine just another generation or two and we'll be there.

I do love the look of this display though. That bezel is dead smexy!

For all those wanting to get one of these (and I myself have already passed the 50% threshold), the seller seems to be currently out of stock.

i just got mine from dreamseller for AUD803.90,