Welcome to the CF that will be me trying to be like the rest of you and not be a faker pleb. Watch me be unable to do simple installs, tasks, console command. Have a good laugh at my pure lack of knowledge for basic tasks, and may spam my DMs with hate on how incompetent I am!

Step one:
Get my Thinkpad X131e in the mail

Cleaner, has spinning rust but the pure AMD chip is nice

Step two:
Pick the flavor of Manjaro I want to use, thinking KDE

Step two and one twenty-fifth:
Blue team bad, Red Team good
Chrome was being unreasonable, thankfully second X131e had windows on it and got into the boot select no problem. Also it has an AMD chip in it, so therefore better. 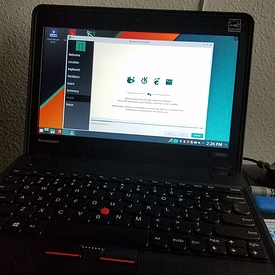 Step two and five eighteenth:
Break the install by installing things I barley understand and needing to start anew

Step two and five nineteenth:
Wipe it all and install Archlabs 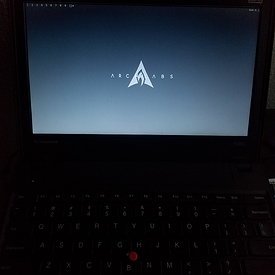 Step two and nine nineteenth:
Rice it out with LARBS and start learning 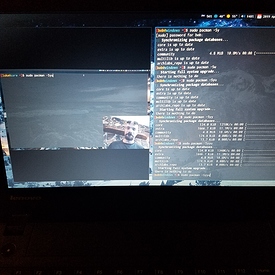 Step Four:
Use and abuse as my daily driver for work

Ok peeps, back at it for about 30 mins today.

Still no idea whats up with the wifi, but I got a gigabit switch and hardwired that little baby in…aannnndddd

Boooom we live boi. Now it was slow as hell and lagging out but that maybe cuz it died soon after lol so shall see if its the laptop or the bloated abomination of a site wendell had wrought

Got some more ram in there, still on the spinning rust.
So to do:

Things I think could help:

What is step three ?

My money is on distro hopping

we don’t talk about step 3

My money is on installation (re: step 3).

I want to be like the cool kids and do Arch, Manjaro is baby’s first arch distro

Kidding aside from what I have seen people say it’s pretty light and stable.

I’m just busting balls because ubuntu/mint was my first and then @SesameStreetThug came along and created a neckbeard monster.

fedora all the things

Good luck mate! Definitely make sure to update us all on the process! Though I will perform my shill duties…

I use Manjaro on my laptop mostly because the community has so many spins available. They do an i3 spin I used for years, and now I’m on Openbox. If Debian had something like that, I might use that. The issue is I can’t be bothered setting things up on my own.

Now to wipe Chrome and to install Manjaro

Now to wipe Chrome and to install Manjaro

Chrome as in ChromeOS?

It’s not too late to turn around.

It’s on a usb… past turning around now

We must pray for this one brodas

its sad how hard this is for me

So far got into Chrome, got into dev mode did the sudo stuff and enabled legacy boot. Buuuut not doing what it says when doing control + L. Also learned I needed to use etcher for the iso… Ubuntu was easier on my other laptop that is now a paperweight