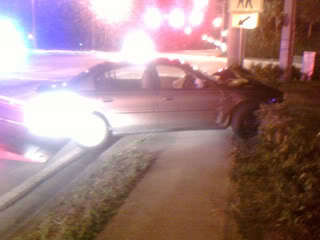 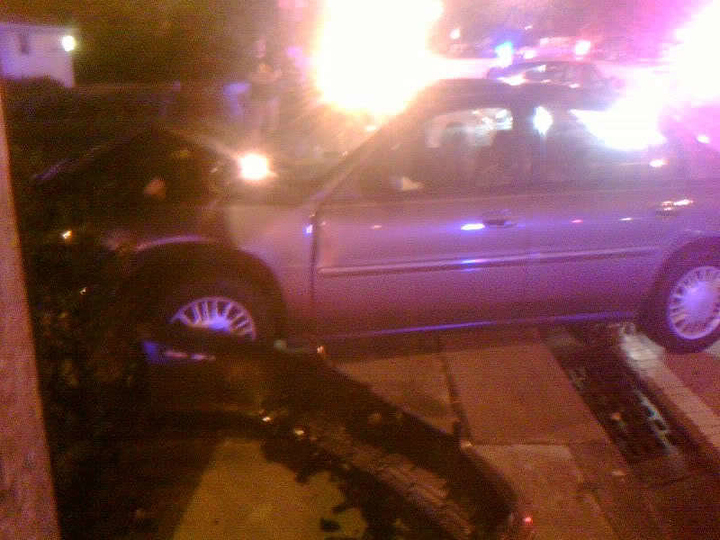 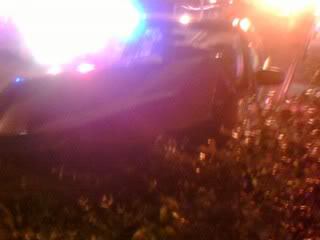 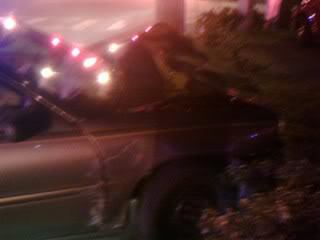 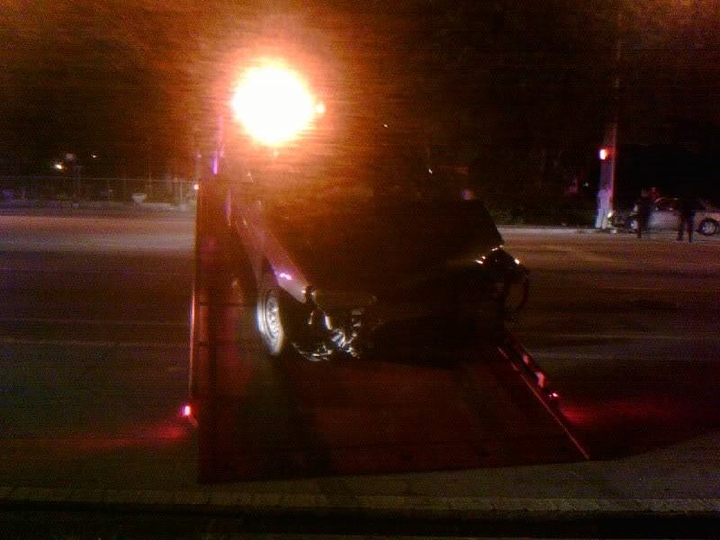 wat happened to the mother fucker who hit you?

The bitches car is over there at the cement post in the last picture. I'm so lucky i'm even alive. Thats an American car for you. The funny part is, as my car was ghosting when i got out, Revive my Wounds by Sybreed was blasting lol....

nice that kinda fits the situation but that sucks did u just role out like a huge bad ass and let ur car crash?Â did the other guy die ?

I kinda like regained conscious after a few seconds Â and my car was smoking and knocking driving in the opposite direction, i popped the door open and it would barely open so i kicked it and jumped out, it ghosted to the other side of the road and i ran to the lady to see if she was ok. My face was just drenched in blood. I went back over to my car and shut it off afterwards. She was fine i took the brunt of it cause she was goin like 60 and i was turning left barely into the intersection (i was on a green arrow), so my car got totaled and she skimmed off me damaging a little of the front right corner of her car. she had not a scratch on her. I asked if she was ok and she was like "o.O are you ok?!".

Holy shit. That sounds so fucking scary! You're one hell of a man!

Also, American Cars are made of powerful American steel, unless it's a Dodge, those shitboxes break from rain.

Now i need a new car lol. I loved that car too... It was in my family for like 8 years. My first car. I'll never buy anything but a Chevy now thats for sure.

Cars are my toys for baby.

I'm sure cars don't collide with your baby at 60mph though.

That baby would be dead as hell. Even Super Man's child would have been right fucked.

So who was charged afterwards?

I always thought there was "no fault" car insurance.... Maybe that's only New York State.

Damn, good thing that you got out in such a flashy way tho! :]

It's complicated but because the car wasn't under my name and i wasn't put under my moms insurance Geico is only going to cover the ladies car and not mine. We both have Geico so i can't sue anyone either. Time to start looking for a new car.

and by the sounds of it a new insurance company...

Thats the problem when everyone has the same damn insurance company, theres no one to sue for damages since the company can't sue itself..... So wheres the money for my car gonna come from? So since i technically shouldn't have been driving the car they figure they don't have to cough up the money to repair/replace it. Ohhh the irony........